Until last night, TIME AFTER TIME merely meant one of the greatest songs of all-time. Now, after watching the gloriously cheesy, dated but vigorously acted and hilarious 35th anniversary screening of TIME AFTER TIME (1979), it’s alongside BACK TO THE FUTURE as one of the most delightful time travel movies ever … Get hard 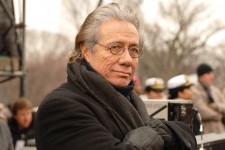 Last night, FOX’s ALMOST HUMAN likely met its merciful end, its 13th episode and season finale whimpering to its lowest ratings thus far. Normally, when a high concept sci-fi show gets cancelled on FOX or otherwise, it’s time for an uproar and decades of bemoaning the snubbed show’s fate. ALMOST … Get hard 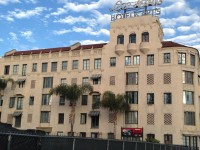 Some of you might wonder what the fuck an Andy-venture is. Most of you probably don’t care. It’s basically an ongoing travel column, where I’m normally stuffing my face with awesome food, better beer, ignoring the sights, and end up making a fool of myself in some way by the … Get hard