Superhero Movie Guidebook: ‘The Return of the Swamp Thing’

Impression Going In: I had never seen it. I watched the first Swamp Thing movie from 1982 and described it as neither good nor bad, “just sort of there.” I pretty much expected more of the same.

Impression After Watching: Have you ever driven somewhere and upon arriving, realize you don’t really even remember the drive? You know nothing bad happened, but the entire experience must have been pretty forgettable. Yeah, that’s The Return of The Swamp Thing, only this movie at least has prime years Heather Locklear. 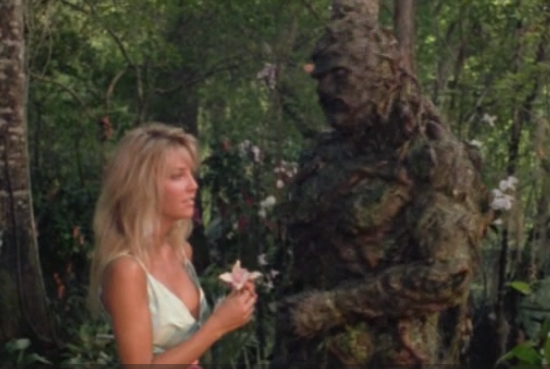 The poster for the movie features the tagline, “America’a favorite super hero is back in action!” Which is a pretty damn optimistic claim, considering this sequel came seven years after a financially unsuccessful original. In between films, Swamp Thing became a much bigger deal in the DC Comics world, thanks to the classic run by Alan Moore, but I still imagine most moviegoers had no idea what the fuck a Swamp Thing was.

Return is an odd combination of sequel and reboot. It returns Dick Durock as Swamp Thing and Louis Jordan as the villain Arcane, but it also undoes many of the developments from the original. Arcane mutated into a monster himself at the end of the original, but is back to a human here with no real explanation that I noticed. Adrienne Barbeau is replaced by Locklear as the new love interest. Other than Swamp Thing’s origin and Arcane being a bad guy, nothing from the first film is really referenced. 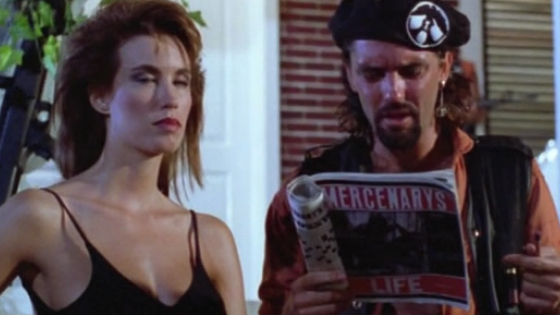 There’s also one other villain, by far the most hate-worthy character in the movie. Technically, he’s not a villain at all in the script, but rather an innocent child shoehorned into the plot for no discernible reason. But he’s annoying as fuck, with the voice of frog and an Auburn t-shirt (an automatic sign of douchiness). The movie’s biggest crime is that this kid doesn’t get killed. 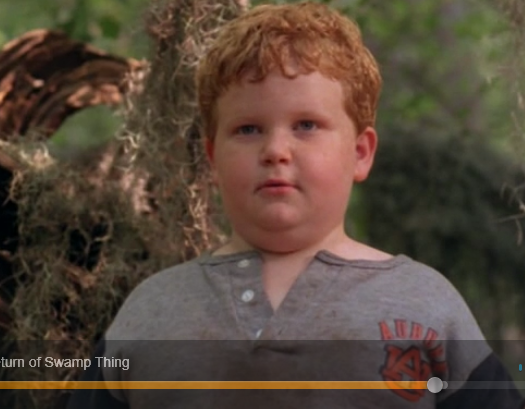 Heather Locklear looks predictably gorgeous throughout the movie, but her romance with Swamp Thing is awkward and lifeless. At one point, the film halfheartedly tries to recreate a famous psychedelic love scene by Alan Moore, and the results are … weird.

The film has an odd climactic showdown with little actual violence. The movie as a whole is relatively light on action, and tries for a far lighter tone than Wes Craven’s original. Even so, I admittedly got goosebumps at the faithful recreation of one of the most famous images in Swamp Thing history: 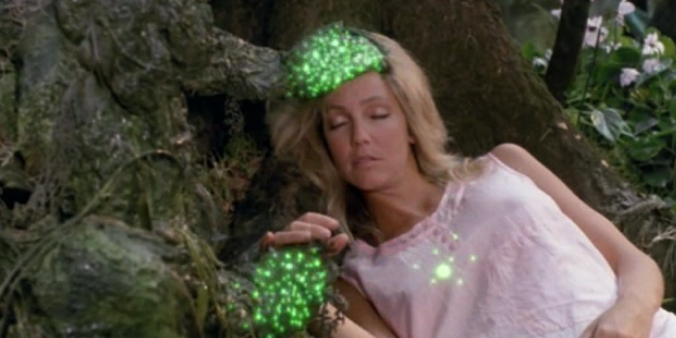 And thus endeth the forays of Swamp Thing into the world of film. Just don’t ask me any details about that journey, because it was too boring to recall.