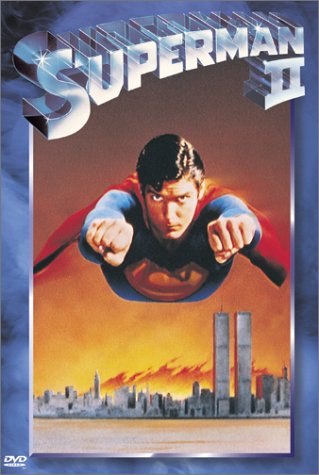 This is a safe place, right? We’re all friends here. Or we’re just online strangers, but still, if you’re the type of person who’s going to read posts on decades-old superhero movies, I imagine there’s a decent chance we would be friends. So all of you friends and theoretically possible friends, let me tell you a secret: I fucking hate Superman II.

I don’t have a good feeling for where other viewers stand on the film; until last week, it had been too long since I’d seen it for me to even know where I stood. But Entertainment Weekly ranked Superman II as the 14th best summer blockbuster of all time. It beat out the likes of The Avengers, Toy Story 3, even Saving Private Ryan. I read EW’s post, and I knew I had found the first Superman absolutely charming, so I was pretty excited to watch the sequel again after at least a decade since my last viewing.

But it’s just…not good. To be clear, this post covers the theatrical version of the film. I have still yet to ever see the Richard Donner Cut. Donner directed the first movie and most of the sequel at the same time, but had to halt about 75% through Superman II, and after clashes with the producers (the Salkinds, who owned the Superman movie rights and were reportedly a nightmare to work with), was never allowed to finish. Richard Lester was brought in, and did massive reshoots; he had to have shot most of the footage himself, or else he would have had to share a directing credit. Donner certainly had a better sense of Superman and his mythos, though I’ve also read his cut is plagued with its own issues, editing and logic problems that weren’t possible to fix nearly 30 years later.

Even so, its hard to imagine that whatever gaps he had were any worse than Lester’s just blatant lack of caring about the characters. He makes up new powers as he goes, never bothering to explain them. He loses the sense of what really makes Superman tic. Lois goes from charming in the original to a mildly annoying prop in the sequel. You can still see the framework here of a really good story, which only makes it all the more frustrating that the film can’t deliver on that story.

Let’s skip around some in the action to get this over with. We’ll just blow right past the idiot terrorists at the Eiffel Tower, with the accompanying French stereotypes and Lois nearly dying to get no significant scoop. Later, our dear Lois Lane, award-winning reporter, finally figures out that Clark Kent is Superman, and proceeds to nearly kill herself trying to prove it, while he was willing to risk that she would die in order to keep his secret. It’s stupid, but we do see the hero keep his secret … only to just reveal it anyway two minutes later. 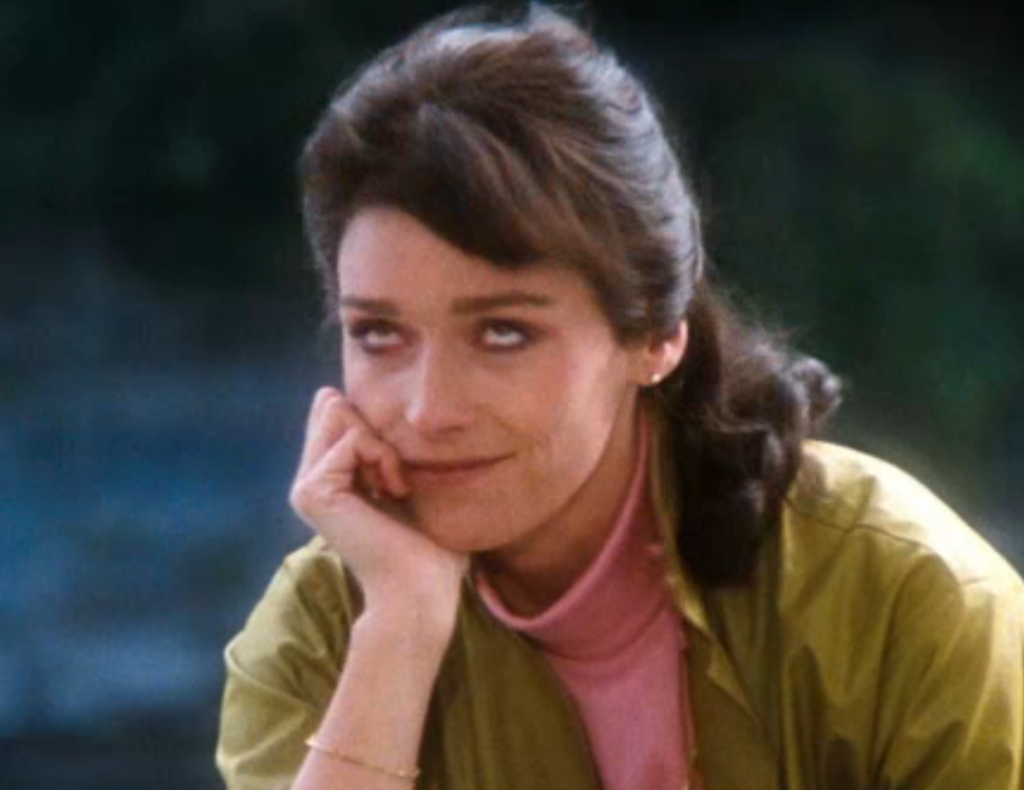 Yes Lois, you should roll your eyes.

Now everything is out in the open for Clark and Lois, so he takes her to the Fortress of Solitude, and while she’s changing clothes, he goes ahead and gets rid of his powers for the sake of their future together. Of course, he doesn’t ask if she wants him to do this, and we never find out just how they get from the North Pole back to civilization without his powers. He just jumps at the chance for some crazy ass Kryptonian procedure. 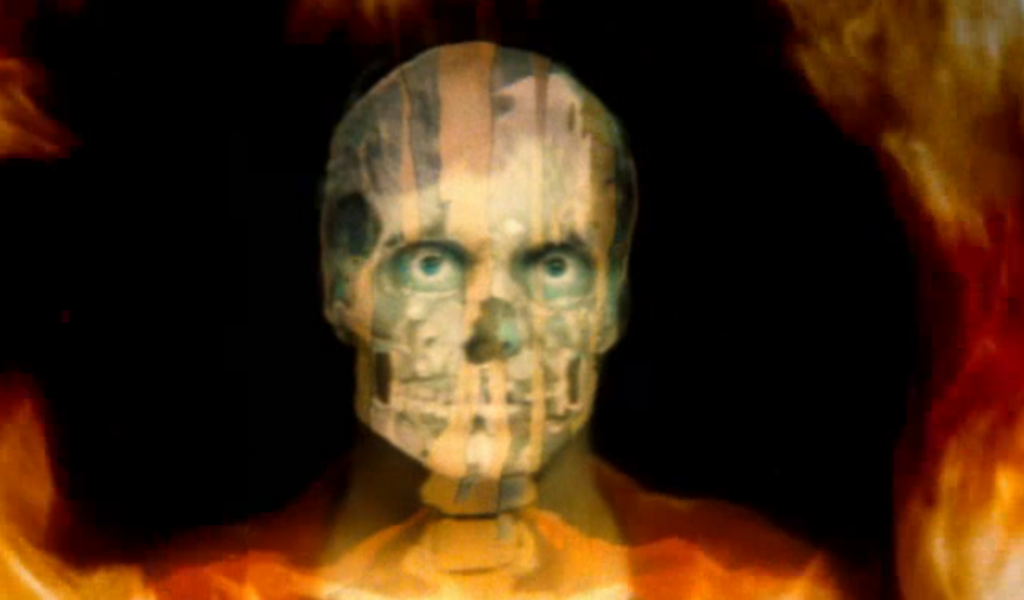 There’s a place you can see the outline for a good film. The idea of the hero trying to give it all up and live a normal life has been done multiple times since, and sometimes quite poignantly. But Superman II just never gets there. The apex of Clark’s struggles with all this comes when he, rather unnecessarily, tries to fight a bully in a diner and gets the crap kicked out of him. 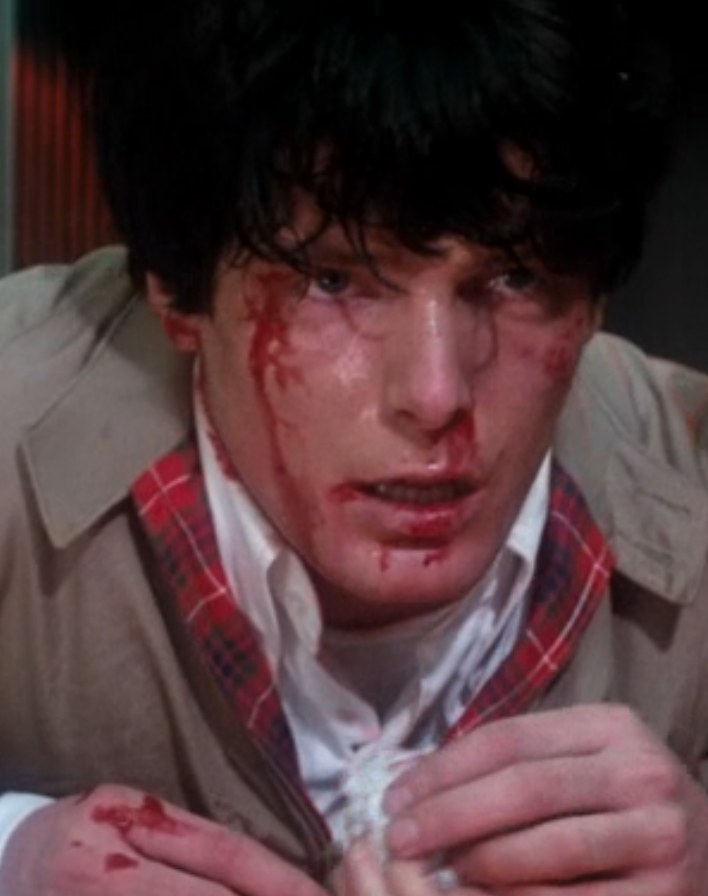 While all that was going on, the three Kyptonian criminals with whom Donner opened the first film escape from the Phantom Zone and wreak havoc. Terence Stamp plays General Zod, and his performance is pretty easily the highlight of the film for me. His two companions are so generic and forgettable that I just looked up their names and have already forgotten them, and don’t care to look again. But Stamp gives Zod a real screen presence, with a calm and believable cold contempt for his inferiors — which in his view, is everyone.

Zod and gang first show up in space (which has sound, of course), and kill some astronauts before heading down to earth. There, they learn to use their new heat vision to kill snakes (I hate snakes, so that may have been my favorite scene), and their finger-telekinesis power to levitate random people. Oh yeah, they have telekinesis or something now. Whatever. Did I mention there’s also a spaceship that shows up in one scene (and only one) to remake Mount Rushmore in their image? 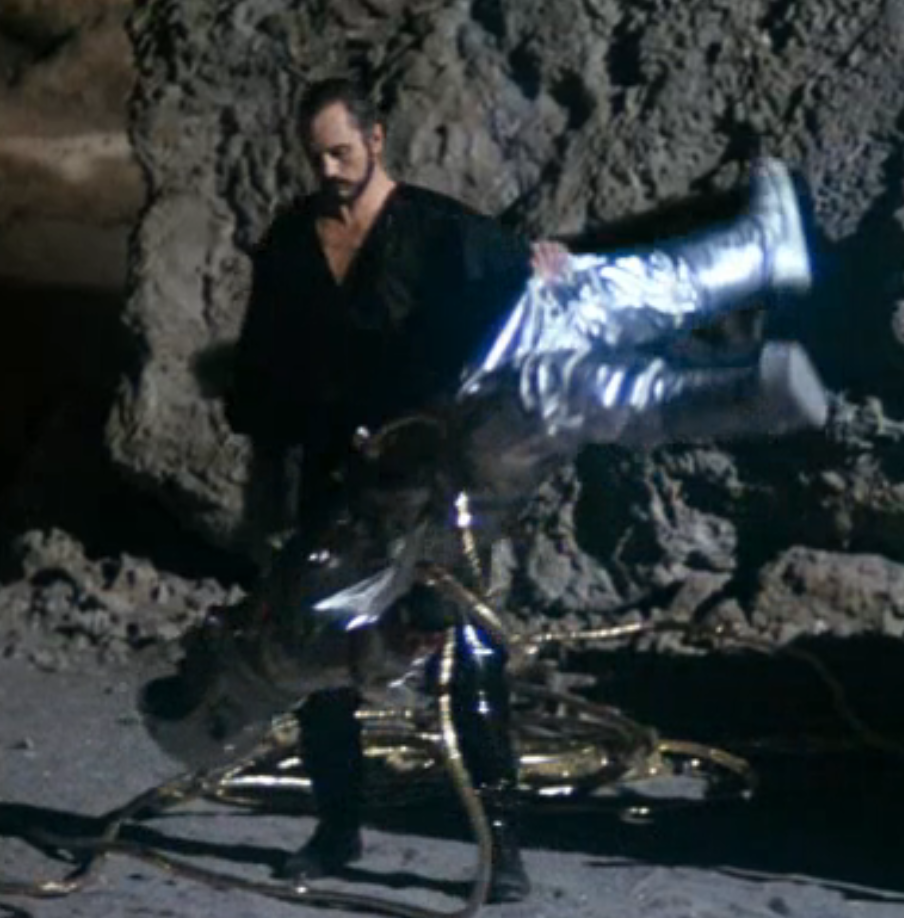 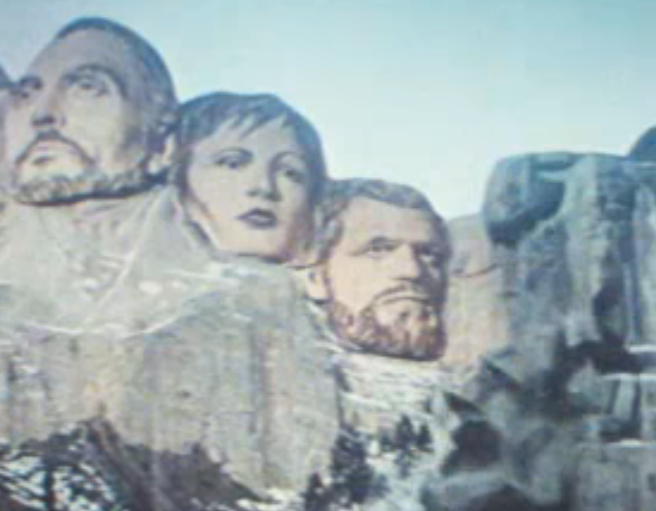 Anyway, they pretty much fuck everyone up and get the entire world to surrender to them, all before Superman even finds out they’re on the planet. Then, being powerless seems like it might not have been the right call. Who could have foreseen such a possibility of ever needing those powers again! He then has to trek back to the Fortress, which is an enjoyable journey to represent the price he’s paying to regain those powers; the difficulty of that walk loses some of its power to me, though, when I think about the fact that he must have made it once already, that time with Lois, when leaving the Fortress earlier (though we weren’t shown that). Which means he was a dick to just take away his powers and put Lois through that.

Anyway, he finally meets Zod and the others back in Metropolis, setting off a battle royale that really is pretty thrilling. The effects are dated and things move a bit slow, but if you get yourself in the right mindset, it’s hard not to love most of that fight, which is really the first between superpowered people we’d ever seen. Unfortunately, it ends pretty horribly. After both sides taking some crazy hits, one of them weirdly puts Superman down for a while, and everyone quickly leaps to the conclusion he’s dead. A bunch of normal people, despite having just witnessed the godlike power of the evil Kryptonians, decide to join the fight on Superman’s behalf. That same basic idea would later give me chills in Spiderman, but felt stupid here. 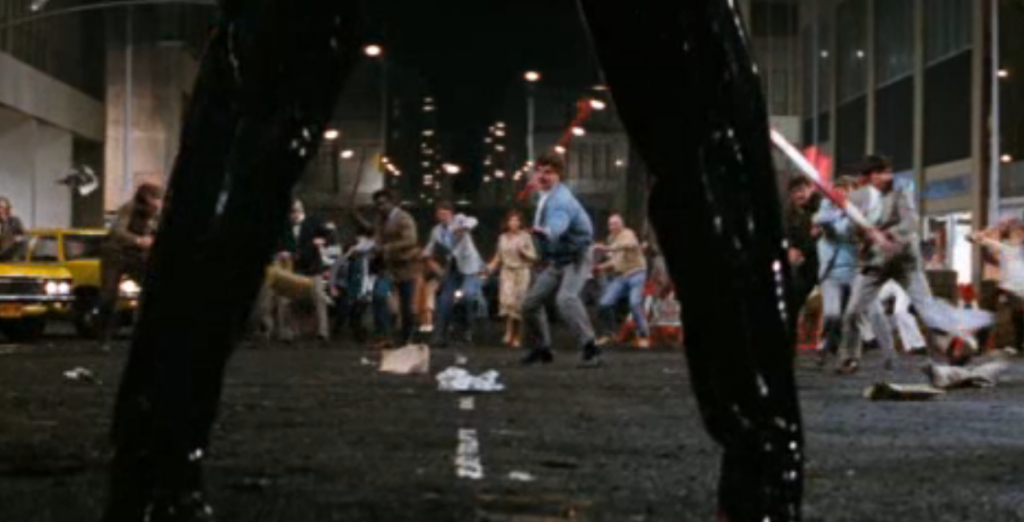 Then Superman finally gets up, and he … leaves. Just flies away from the fight and the city. Now, it’s easy enough to read between the lines and realize that he needed to get Zod and gang back to his Fortress of Solitude for his ultimate plan to work, and could be reasonably sure they’d follow him. Plus, you have to give him props for taking an incredibly destructive fight out of a massively populated area (UNLIKE SOME SUPERMEN I KNOW). But still, what a risk. He basically abandoned a city of very vulnerable people to a ruthless dictator who’s nearly omnipotent.

But indeed, we do get the fight back to the Fortress of Solitude, where Superman proves that he too can make up random never-before-seen powers. 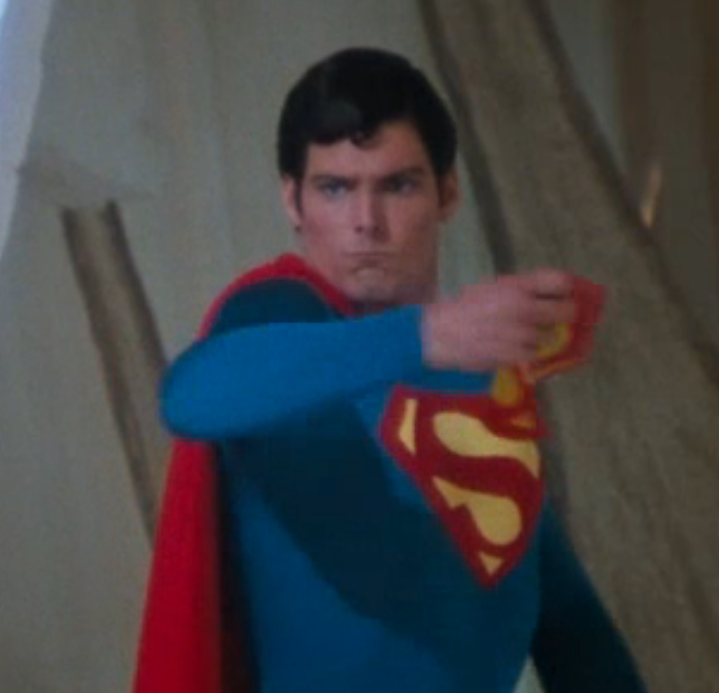 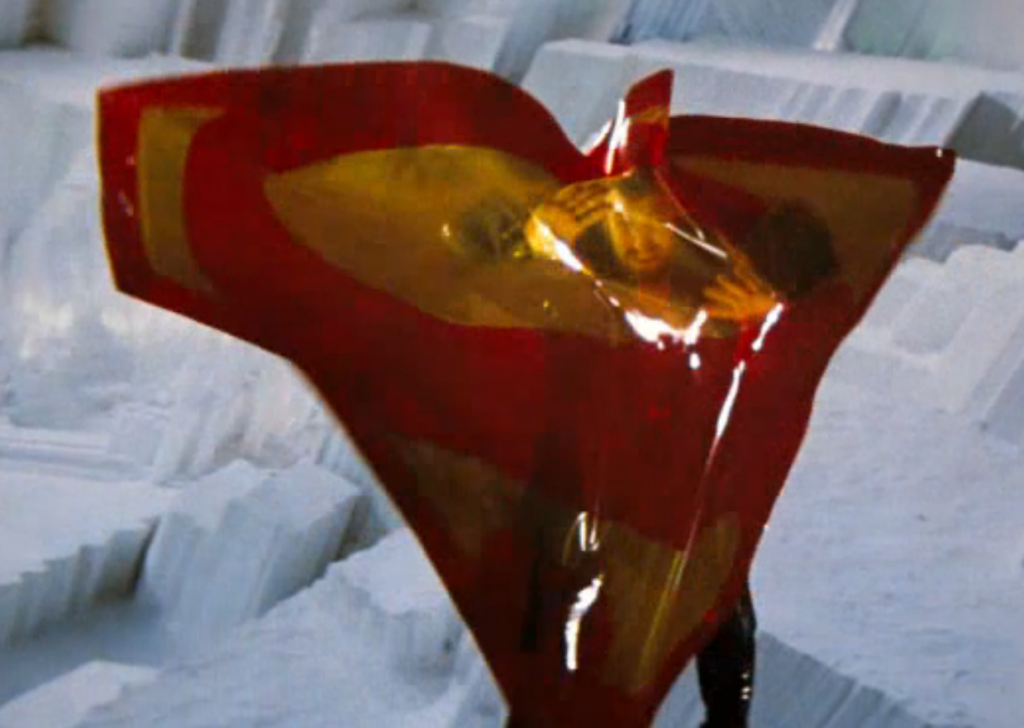 The resolution to the fight is solid, though, so all we need is one final scene to sum up the movie and put a bow on things. Maybe something that reflects who Superman is and what he means to us.

Naw, fuck it. Let’s have him go back to that diner and beat the shit out that guy from earlier! Because Superman stands for truth, justice, and PETTY VENGEANCE! 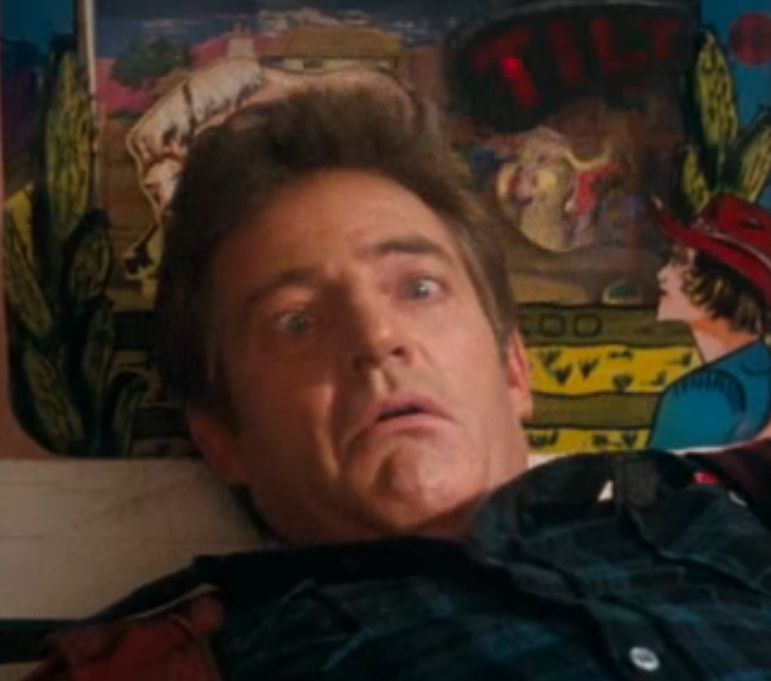