Just when you thought we were done — or more accurately, about two months after you thought we were done — they pull us back in with a shady, low-budget pilot to a series that will definitely never happen (at least in the form it was shown). So welcome to the unexpected continuation of Binge Project: The Wheel of Time! If you missed the previous 15 parts, take this opportunity to peruse my thoughts on the various books of the sprawling series by Robert Jordan and Brandon Sanderson:

So let’s talk Winter Dragon, the highly unexpected half-hour “pilot” that aired in the middle of the night on FXX Sunday (or early Monday morning). If you’ve heard about the show, you’ve probably also heard about how shady the whole thing was. Jordan sold the live-action right to a small-potatoes company called Red Eagle years ago, and near the end of his life, ranted about how horribly they botched attempts to develop a movie or show. Red Eagle’s rights were about to expire tomorrow, on February 11. So they threw this thing together in an effort to just preserve their rights, a move that has Jordan’s widow and editor sounding pissed. Now let’s quickly hit on what this wasn’t:

1. This wasn’t actually made by FXX itself; it appears Red Eagle simply bought some overnight time so they could air it, in a move to keep the rights.

2. This wasn’t a true pilot, as there’s no deal for a series development or any kind of production toward one. Red Eagle has put out quotes since the airing about how they hope to move forward and develop a show, but it seems far more likely that they want to preserve the rights just so that they can sell them to someone else who actually has the means and competence to do something with them.

3. Above all else, this pilot was not good. Here it is, through the magic of YouTube, in low-definition and with commercials and all. (If the video has been taken down by the time you read this, don’t worry; you’re not missing a thing.)

As Grantland rightly noted in its title for the article on the pilot, the most important thing about Winter Dragon, other than its mere existence, is that it stars Billy Zane, ’90s star of the underrated The Phantom, the bad guy in Titanic, and owner of a top 5 cameo in movie history* in Zoolander.

(*I’m throwing out the Top 5 thing without actually bothering to think about whether it’s accurate, but I stand by it nonetheless.)

So let’s talk specifics. (Minor spoilers from The Eye of the World coming later). Winter Dragon adapts the prologue of The Eye of the World, the first book of the The Wheel of Time. I don’t have it in front of me, but I would guess that prologue was around 5-10 pages. So if its adaptation was a half-hour, then we can extrapolate out that adapting the whole series would take approximately … the rest of human existence.

Zane played Ishamael, the Betrayer of Hope and the villain of this prologue. Opposite him was Max Ryan as Lews Therin, the hero who’s broken by an epic battle and is forced to come to terms with what he’s done and all he’s lost. Over the course of The Wheel of Time, we learned much more about the events that led each man to this point in time, but if you only watch Winter Dragon, you’re probably confused as hell. Not to mention so, so bored — the 20-some minutes of this pilot consist solely of Lews Therin walking around a room calling for his wife, Ilyena, and kids, while Ishamael mildly taunts him. It’s like watching paint dry, but at least with Billy Zane portraying some of the paint.

Good to see you again, Billy! It may just be the low-quality video, but that beard makes him look a little like an older Manu Bennett to me.

Anyway, Winter Dragon has the decency to give Ishamael his hood in wardrobe, but lacking his trademark fire eyes. Indeed, this is the closest thing we get to “special” effects: a halfhearted lightning show as Lews Therin’s memory is returning.

Oof. But hardly surprising. The filming was reportedly done in a single day’s work, and the director died a few days after that. The low production values are evident immediately and throughout. In addition to the single setting (one big room) and lack of effects, the actors seem wooden and disinterested. Ryan and Zane are the only actors with lines, and are both credited as producers, as well. Zane doesn’t really convey the mad delight or evil that Ishamael should, and Ryan’s performance feels lifted from an ’80s infomercial for encyclopedias. Neither one seems crazy enough, and you don’t actually feel any of the animosity that you should from ages-old enemies. 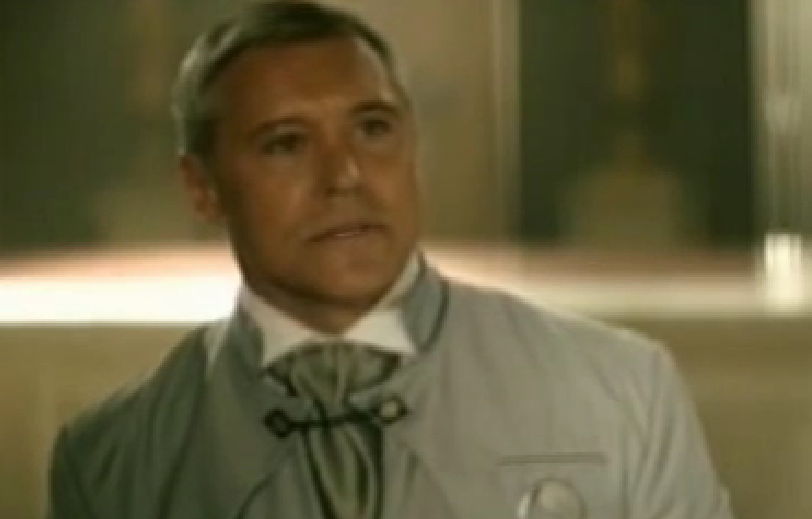 If you’re a fan of the books, you may be imagining that some redemption could come from the way the prologue ended: Lews Therin fleeing Ishamael, turning the One Power in on himself to commit such a furious suicide that it creates Dragonmount, the world’s tallest mountain. Surely that would make for one epic moment in this abortive disaster?

Naw. Lews Therin just grabs a knife and walks away. 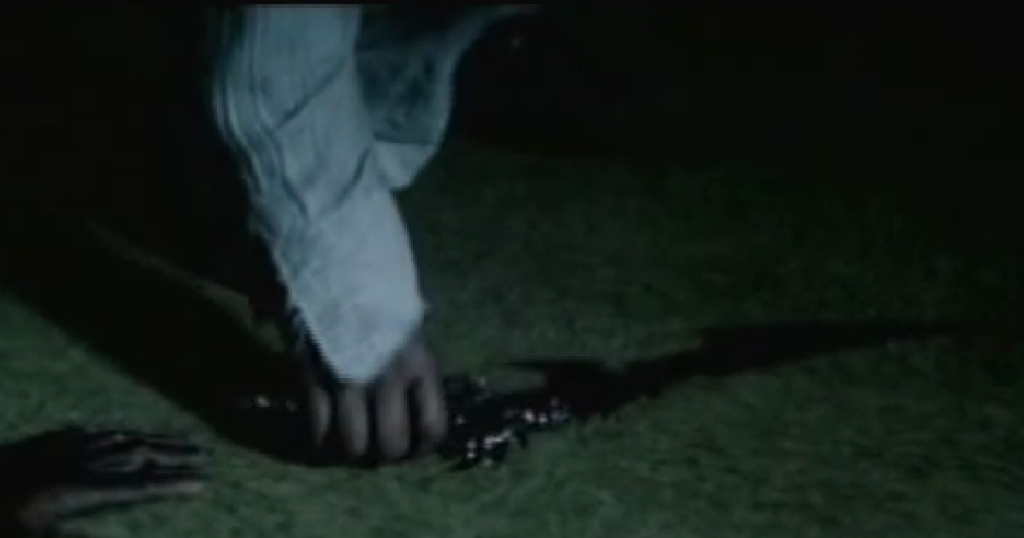 So where does this leave us? Nowhere, really. Clearly, Red Eagle is looking at the success of Game of Thrones and desperately hoping for a piece of that potentially lucrative action. Given that The Wheel of Time was the best-selling fantasy series published between The Lord of the Rings and the ascendancy of A Song of Ice and Fire, it’s reasonable to imagine that a show adaptation could be successful (the material is certainly too bulky for movies). Given my myriad frustrations with Jordan’s writing, a show could actually be better than the books — streamline the plots considerably and do a massive rewrite of every single female character, and you have the framework of a really great series.

But that would have to done by skillful writers and a well-financed production team, and nothing could be further from Winter Dragon. Jordan’s widow seems likely to fight for the rights, and perhaps the buzz over this whole dumped pilot will convince some other studio to make its own move. Until then, we’re left with the possibility that the rights-preserving Winter Dragon is the only live-action adaptation we’ll ever see of The Wheel of Time, and what a sad, bad-faith effort it was.