Welcome to the Binge Project series! These Binge Projects will feature me reading or watching an entire run of comics, books, TV shows, or other media in rapid order, then writing expansively about the experience. This installment will be a slower process, as I work my way through the lengthy “The Wheel of Time” book series. Check out posts on Book 1 and Book 2. 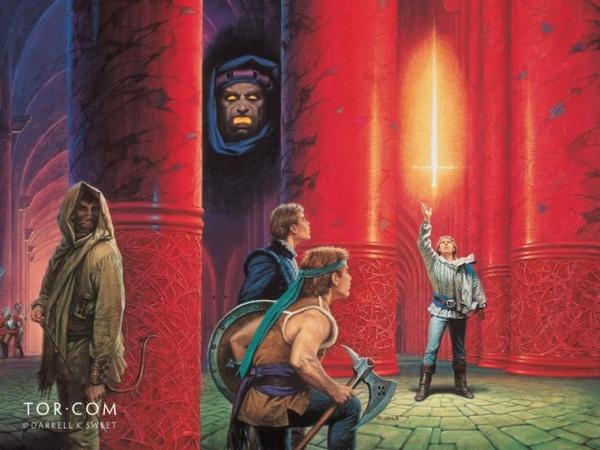 I’m always fascinated when a long series makes a dramatic shift in its storytelling, even if temporarily. This happens most often in comic books, where a writer takes a break from his or her normal stories to give us an issue from a supporting character’s point of view. The Dragon Reborn becomes the first such major break for Robert Jordan in The Wheel of Time. The first two books gave us other characters’ points of view, but always in a supporting role; the vast majority of each narrative was still told through Rand’s experiences. In the third book, Rand’s viewpoint chapters are relegated to rare glimpses as we proceed with nearly the entire story driven by his friends.

By the end, this new narrative structure is absolutely thrilling, but there are bumps along the way. The biggest chunks of story are told through Rand’s fellow youths of Emond’s Field: Perrin, Mat, and Egwene. Of those, Perrin has the strongest ending, Mat the strongest journey, and Egwene … I still don’t know what to do with Egwene.

We’ll start with Perrin, who came into this book as my favorite of the trio, and ended back in that spot. In between, Jordan took him on a slightly rough path. Part of Perrin’s appeal to me prior to Dragon Reborn was his seeming acceptance of the new supernatural forces in his life. While Rand spent much of the first two books (justifiably) whining, and Nynaeve cursed the One Power and Mat did his Gollum impersonation, we were repeatedly told that Perrin had looks of resignation not too long after his discovery of his wolf connection. But Book 3 backs him up, with many of his POV chapters spent trying to fight who he is and shut out the wolves. It was a total bummer to see him adopt Rand’s combination of futile denial and emo whining, especially when his power is perhaps the coolest in the whole series. Luckily, his storyline improved markedly when he freed the Aiel and met Faile/Zarine. I’ll discuss the Aiel more later, but Faile proved to be an excellent combination of foil and love interest for Perrin. His embrace of his wolf side (hopefully for good) to rescue her was a highlight of the book’s excellent final act.

Mat easily won my informal award for “most improved” over the course of The Dragon Reborn. I found him barely tolerable at times in the first two books, but seeing extended stretches through his point of view helped immensely. He started to come off as much more of a charming rogue, completely self-assured but delightfully not-quite-heroic. The reintroduction of Thom Merrilin in Mat’s storyline was a welcome and helpful addition. The course of Mat’s journey in this book seemed to be pushing him further toward a path as a true hero, but I think the series may be better served by Mat continuing to embrace shades of gray; his up and down moments finally felt less like immaturity and more like genuine inner conflict. He’s a bit of an arrogant prick with moments of misogynistic attitude, while also being an extremely capable charmer. His sudden luck and brilliance in physical combat were very exciting, and his connection to the Old Tongue is intriguing. (My theory is that he’s descended from the last rulers of Manethereen, though that feels almost too obvious right now.)

Egwene is more problematic — and I suppose you could say the same of women in general in the series thus far, but let’s start with Egwene herself. Out of necessity, the majority of White Tower POV scenes shift from Nynaeve (who had a greater narrative role in Book 2) to Egwene. I was curious if, after Egwene’s brutal trials in The Great Hunt, if Jordan would move her in a darker direction at all. There were flashes of justified anger from all three of the Accepted trio we follow, but not enough to really call it dark. That might have been fine, but Egwene continued on as seeming like her main point in the story is to have feelings about Rand. When we followed Nynaeve in Book 2, arguably her finest moment was her trials to be raised to Accepted. Nynaeve had to face her own man issues there, but it was only one trial of three; Nynaeve had a lot going on. But for Egwene, all three trials revolve solely around Rand, and how she’ll always be torn between her feelings for him and something else she must do. Only the third challenge — which was therefore the best — let her actually do anything badass. Egwene is an ostensibly very powerful character with some intriguing abilities, yet time after time, we keep seeing her reduced to being Rand’s hopeless love interest, rather than a character on her own two feet.

This is a good enough jumping off point to discuss women in general so far. The Wheel of Time has a deservedly well-praised intricate magic system, most of which (so far) revolves around the power of women. There’s a premise, right away, that this series should have plenty of strong women, by necessity. Indeed it does, on both good and evil sides. But its treatment of those strengths has felt problematic at times. Rand is destined to be more powerful than any of the women, which has caused him to cast an overly large shadow on many women, especially Egwene. For other powerful women, there’s been a trend that power and bitchyness must go hand in hand. Moirane pulls it off easily the best, in part perhaps because she was the first to have that characterization. But when her entire characterization is built off being cold and enigmatic, giving similar coldness to other women starts to play poorly. Nynaeve’s haughty attitude played well in Book 2 when we were frequently in her head, but poorly in Books 1 and 3 where her POV is only occasionally given. The increased friction between Nynaeve and Egwene as this book went along also didn’t work for me. But worst of all — the worst scene in The Dragon Reborn, and maybe even the entire series thus far to me — were the reactions Mat receives upon freeing Nynaeve, Egwene, and Elayne. Rather than gratitude — literally, any gratitude whatsoever — Mat is treated to borderline scorn and even (gently) assaulted with the One Power. Sure, the women had all been through a very rough ordeal and deserved to be a bit testy, but even without following Mat’s battles down to the dungeon (like we did as readers), they could have easily surmised he went through a lot to get them out; they were at the bottom of a supposedly impregnable fortress, after all. To not have even a moment of brief thanks was super shitty, and only reinforced the troubling treatment of powerful women as kind of being bitches. 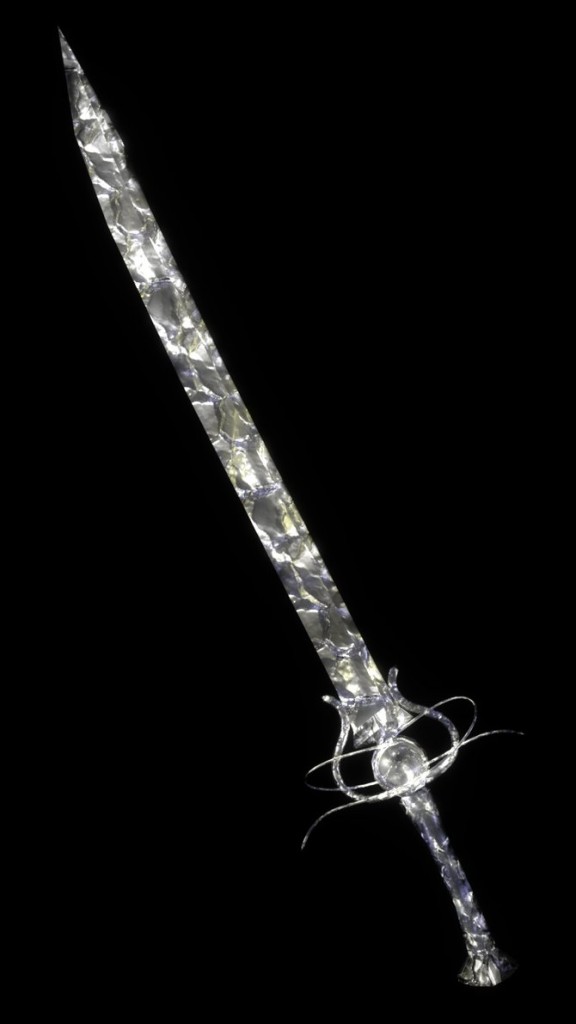 While listing complaints, another is the ending. Three books in, and all three have ended with a fight between Rand and Ba’alzamon, and all three have seemed to have Rand kill him, only for us to be immediately told that he didn’t. It’s gotten old, quickly. I certainly don’t expect the real final battle this early in a long series, so quit selling us these intermediate fights between them as if they are climactic (we’re told multiple times as Rand chases Ba’alzamon that this time, one of them has to die). The series is doing a killer job of building up smaller villains to test Rand, from Mordeth to Padan Fain to especially the members of the Forsaken and the Black Ajah. Let’s just start relying on some of those for the final boss of a particular book; every time Rand fake-kills Ba’alzamon, I care less about Ba’alzamon as an imposing villain.* (*SEE EDIT at the bottom)

That said, there was still so much else to like in The Dragon Reborn. The women do have some great moments of being so highly capable, as both Egwene and Nynaeve show some impressive adeptness at learning new uses of the One Power. Moirane is mostly as enigmatic as ever, but her prep and showdown with the member of the Forsaken was stone-cold badass. Interestingly, there’s growing tension between her and Lan, and she almost seems like she has a death wish, the more she talks of it as an inevitability. I wonder if they’re playing that too hard, just because I think Moirane will last very deep into the series, but perhaps there’s a surprise in store. Not every writer has to (or even should) have George R.R. Martin’s propensity for killing off major characters, but still, the good guys have fared almost too well so far.

To bring us back around to where I began the post, the book flourishes eventually from the decision to exit Rand’s mind for most of the narrative. Rand can be a little mopey, and with his threat of madness only rising, it was nice to leave that behind for a bit and grow other characters. Moreover, seeing the disparate storylines all converge into one at the end was, to say it again, absolutely thrilling. All these separate groups end up at the Stone of Tear in an uncoordinated assault that blends together into the most exciting moments of the series to date.

Finally, the Aiel deserve a special mention. We were told bits and pieces about the Aiel people in the first two books, including the first encounters with a few of them in The Great Hunt, but those were passing moments.  Here, we got to see them in battle and interact with a few of our main characters. And they rock so hard. Seemingly influenced by various tribal tropes, the Aiel make a quick impression as dominant fighters with highly respectful codes and unique ways of life. Given Rand’s origin and the Aiel’s new place as the People of the Dragon, we’re obviously going to see much more of them in the books to come, and that is surely a good thing.

Clearly, I misunderstood part of the ending when writing about Ba’alzamon previously;  for some reason, I had been under the impression that the book was saying Ba’alzamon had merely been inhabiting someone else’s (Ishamael’s?) body when Rand killed him. After rereading the end of The Dragon Reborn, I’m not sure how I made that error; the actual given explanation is that someone, with Ishamael convincingly posited as the real identity, had been impersonating Ba’alzamon throughout the first three books and in all encounters with Rand. That certainly helps alleviate my frustration with the Dark One being lessened as a villain by these early defeats, but I still don’t find this wholly satisfying. Ishamael was present right from the prologue of the Book 1, complete with a badass nickname (“The Betrayer of Hope”). Given his status as seemingly the Dark One’s chief lieutenant, I think he would have been a perfectly fine chief antagonist for the first three books in his own name, instead of this deception and revealing he had merely been impersonating Ba’alzamon. The result, at least to me, was that neither the real Ba’alzamon nor Ishamael really got to fully shine as villains to this point.

NEXT TIME: The Shadow Rising, Book 4 of The Wheel of Time