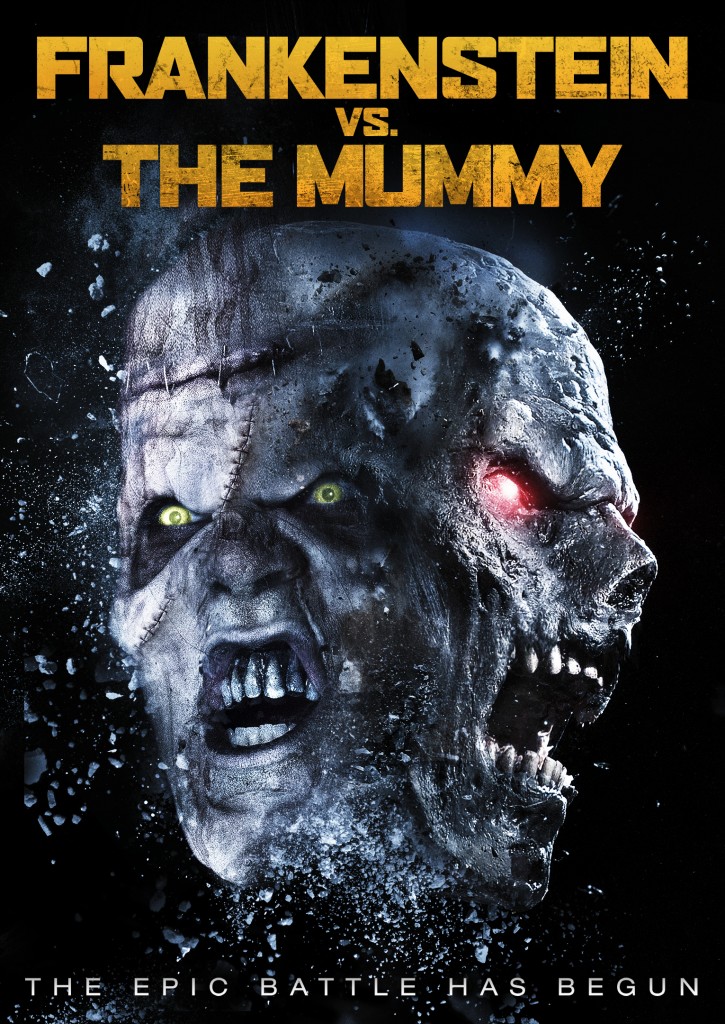 Aren’t you tired of Oscar prestige pictures? Or $200 million Watchowski messes? Or Spongebob? Or Jeff Bridges?

If so, look no further than RLJ Entertainment’s Frankenstein vs. The Mummy, a monster movie that has at least five minutes of the battle you’re waiting the entire movie for. And even so, it’s better than Dracula Untold and would serve as a better pilot for a shared Universal universe. Damien Leone (who writes, edits, directs and does the SFX for this movie) has made a very mediocre to bad movie, but gore aplenty and surprisingly impressive makeup/FX saves it from disaster land. Booze also helps, but more on that later.

First, the PLOT! “Professor F” (Max Rhyser) buys a “fresh” brain from the most terrifying janitor you’ll ever see (so scary his presence doesn’t even show up on IMDb; he’s like Wormtail times 100), presumably for his reanimation experiments. He’s shocked when the gap-toothed, stringy gray haired mad man comes back with a brain (like an hour later in the movie, mind you) of a man he killed himself. Max Rhyser is one of the more unlikely Doctor Frankenstein’s you’ll ever see; he looks like a douchey European club soccer player/Viktor Krum. 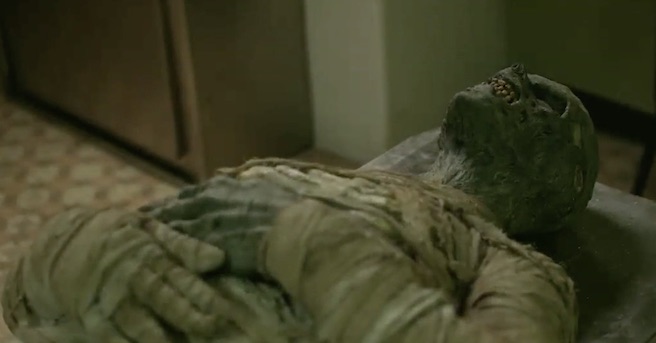 In the meantime, Victor Frankenstein teaches Philosophy of Medicine to disinterested students who are definitely the same age as him in what feels like a community college, except across the hallway, Dr. Naihla Khalil (Ashton Leigh in a palatable performance) and company have made one of the greatest discoveries….EVER. A Mummy from the 6th dynasty, y’all! And they touch him with their bare hands! Professor Walton, the leader of the expedition who looks like a mix between Pyat Pree of Game of Thrones and a shrunken Voldemort head (he looks more like a Mummy than the Mummy), even uses the Mummy as a desk, placing his clipboard on it as he works on it, tapping its teeth with his pencil. This follows the tradition of scientists, anthropologists, whatever’s being moronic in Universal movies, so I allow it, and cherish these moments.

Victor and Naihla, of course, have a love story, albeit a confusing one. It feels like they’re already together when they first meet…except they then go on their first date (“What’s your address?”). Victor reveals that his Mom killed herself and he stayed with her dead corpse in the bath tub for a few days until the police came, and before you know it, Victor and Naihla are fucking. This is a lesson to all of us: just be honest to people. 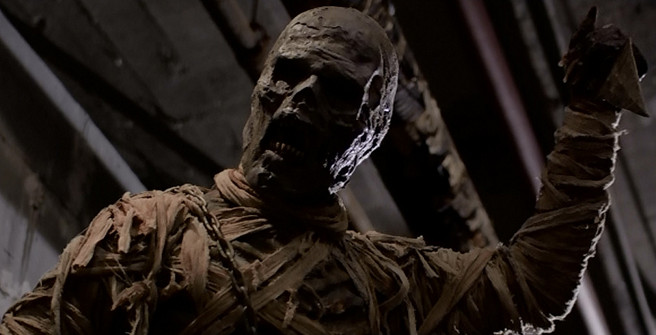 It takes 50 minutes or so before The Mummy finally comes to life, and even afterwards, Professor Walton’s villainous turn gets much of the screentime, as he lures students into his lab at 10 PM to murder them/offer them internships, because I guess the Mummy can’t leave the lab?

The Mummy does look cool, however. His ears, nose and giblets were chopped off prior to embalming (because he was a very bad man), and this adds to his look. There’s also a tremendously bloody and hilarious scene where he repeats this process on someone else, scoping for body parts. 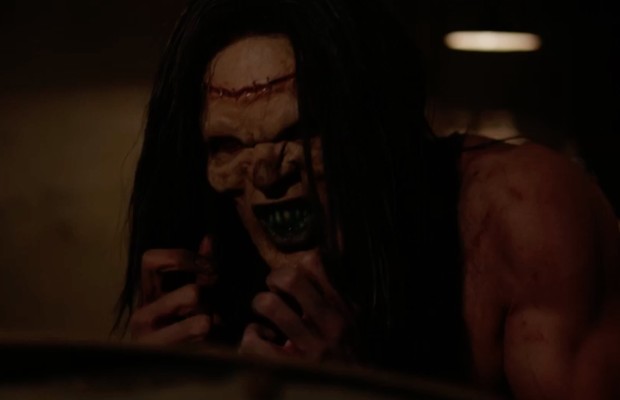 Frankenstein’s Monster looks terrifyingly ugly, and thankfully he’s naked or wearing a leather jacket for most of the movie. We also get to see Frank SMOKE. So much for being afraid of fire. Frankenstein’s Monster is evil and awful, and one of the main problems of this very problematic movie is that we don’t want either monster to win in a fight (and we’d like them to get on with the fight, please). We want them both to die, and to kill Victor Frank and Professor Walton in the process. Niahla can live, because she reacts appropriately horrified and aghast at Victor when she finds out he brought someone back to life, even if their “love” rekindles when it never should. Ever.

You can’t be expected to get through all 114 minutes of this movie sober, so with that, I give you… 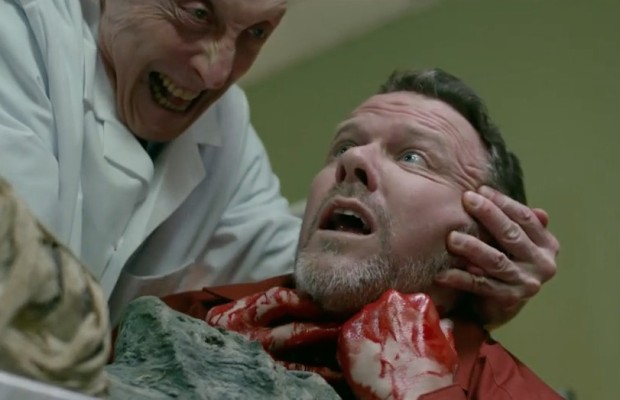 1. Drink every time someone tells Naihla NOT to scream. Bonus drink if someone is holding her mouth when they say it.

2. Drink every time the score, sound mixing and editing is SUPER distracting.

3. Every time you hear the Mummy’s heart beat like he’s laying on top of a Jumanji board, drink.

4. Whenever the janitor pulls out a knife, drink.

6. Drink whenever someone chokes on their food. It’s gross.

7. Drink whenever a doctor is oblivious to normal standards and procedures when dealing with sacred, ancient finds.

8. Drink when a student believes that aliens made the pyramids. Frankenstein vs. The Mummy exists in a world where that belief is held by the majority.

Frankenstein vs. The Mummy arrives on DVD and digital download February 10th, 2015. Watch it with your friends. You might lose a couple! 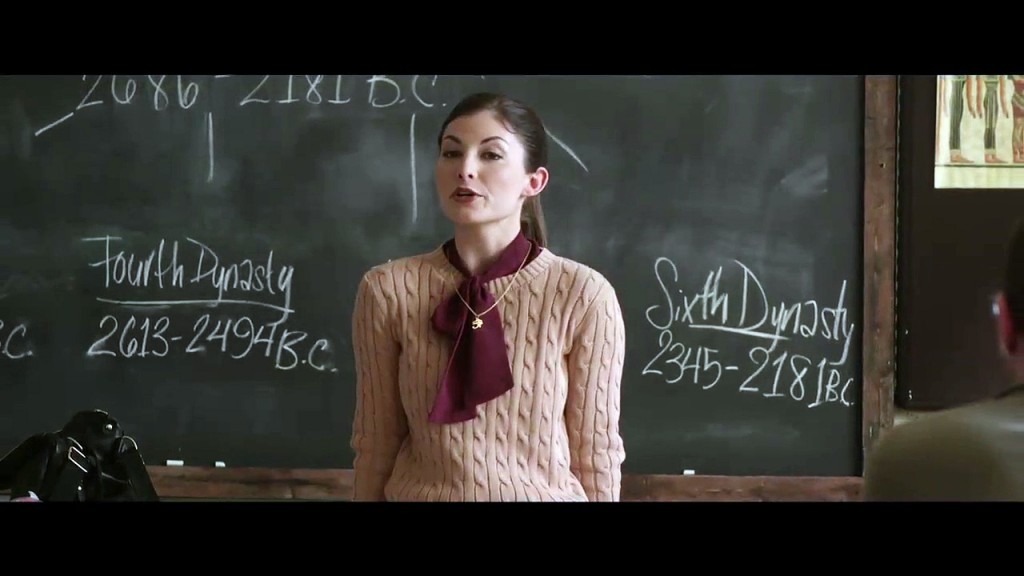 Who else is bothered by the fact that she wears her PLOT POINT necklace over her scarf?