It’s all come down to this. 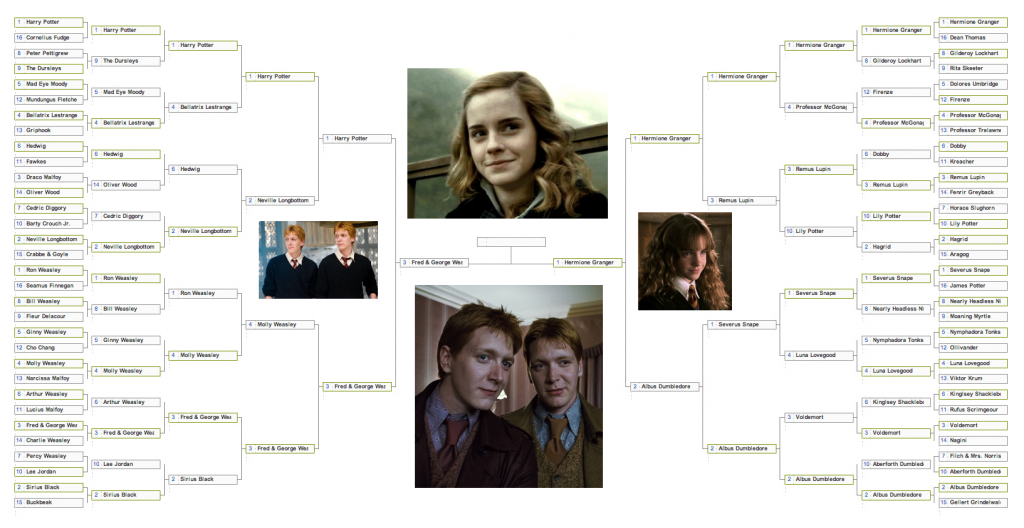 After a torturous tournament run that can only be described as Azkabanian (I’d rather have taken my N.E.W.T.’s), three wizards remain. 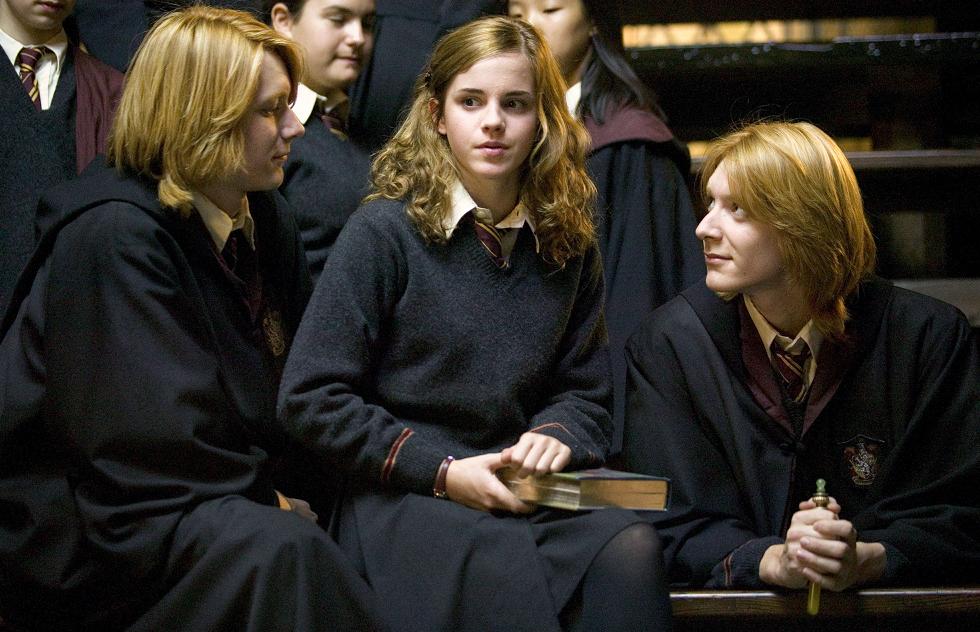 Fred and George Weasley, the twin champions of comedy, took out Harry Potter himself (“We got Potter! We got Potter!”), en route to representing the Burrow and all that’s light, frothy and jokesy about the world.

Now opposites face off. Fred and George Weasley dropped out of Hogwart’s to pursue a career in making people laugh. Hermione would rather die than let that happen…though of course, we never see her graduate from Hogwart’s either, as she sorted out her priorities. Can she sort out the twins?

As Oliver Wood would say, “This is it.”

“The big one,” said Fred Weasley.

“The one we’ve all been waiting for,” said George.

They know Oliver’s speech by heart, and you know the drill by now…so without further ado, VOTE FOR YOUR FAVORITE HARRY POTTER CHARACTER!

Voting ends Thursday May 1st at 11:59 PM PT. Feel free to vote till your fingers bleed. You may need a pint of Butterbeer, or seven, from Madam Rosmerta’s private reserve to make a decision.