Tom Hardy Will Blow You Away In “Locke” 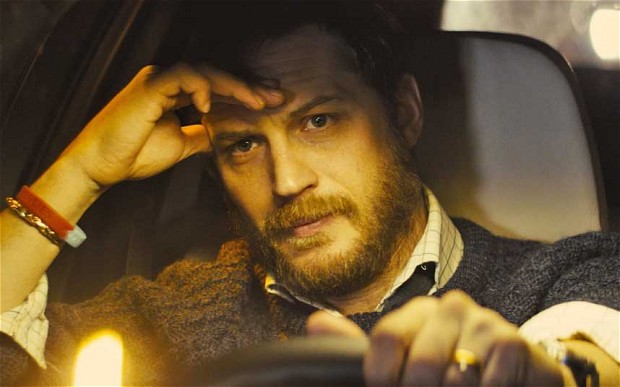 Ivan Locke is a responsible, loving, trustworthy family man. He’s worked for the same construction company for 9 years, clearly one of the best at his job, and has never done anything to disappoint anybody. On the eve of the most important concrete delivery of his career, his one mistake threatens to take it all way: his family, his job and his home.

Over a lean, brilliant 85 minutes, Locke drives (never above the speed limit) to London, to be there for the birth of his baby from a woman he hardly knows, a one-time, fatal decision after a couple bottles of wine, because it’s the right thing to do in a sea of wrong. This choice, he knows, may very well ruin his entire life, but Locke has a code, and his own convictions, and like a samurai falling on his own sword, or the captain of the Titanic, refuses to jump overboard (or out of his car) to save his skin. 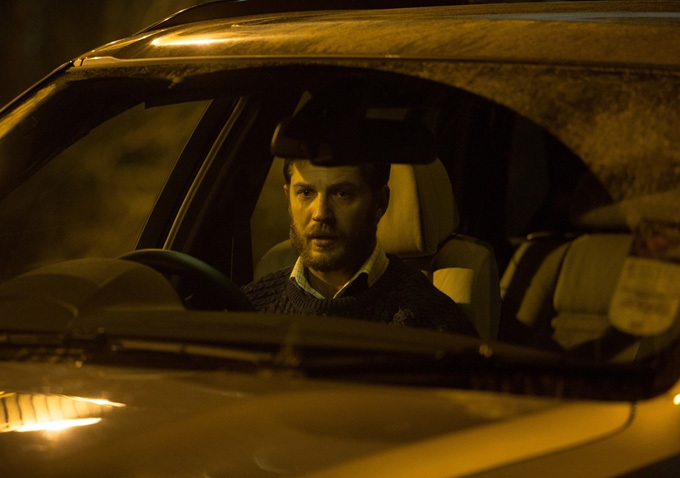 As such, the entire film is set in Locke’s car, as he must deal with the repercussions of his actions over a series of manic, depressing, hilarious and heartbreaking phone calls. He reveals the truth to his wife Katrina (LUTHER’s Ruth Wilson). He must feign enthusiasm for the football match with his sons Eddie and Sean (Tom Holland Bill Milner, respectively), which makes you want to curl up in your seat and forget everything. Locke has to continually talk down the fragile and lonely pregnant Bethan (BROADCHURCH and HOT FUZZ’s Olivia Colman) from the hospital, as she’s about to give birth, and complications arise. He has to combat his boss Gareth (Ben Daniels) and the corporate presence in Chicago, while talking his best friend and panicked co-worker Donal (Andrew Scott, or MORIARTY from SHERLOCK, absolutely hilarious and essential to cutting the tension) through the processes that he should be doing.

LOCKE is such a simple, grounded movie, purposefully so, as writer and director Steven Knight sought to boil down filmmaking to its most pure, basic and carnal. And the result is beautiful. 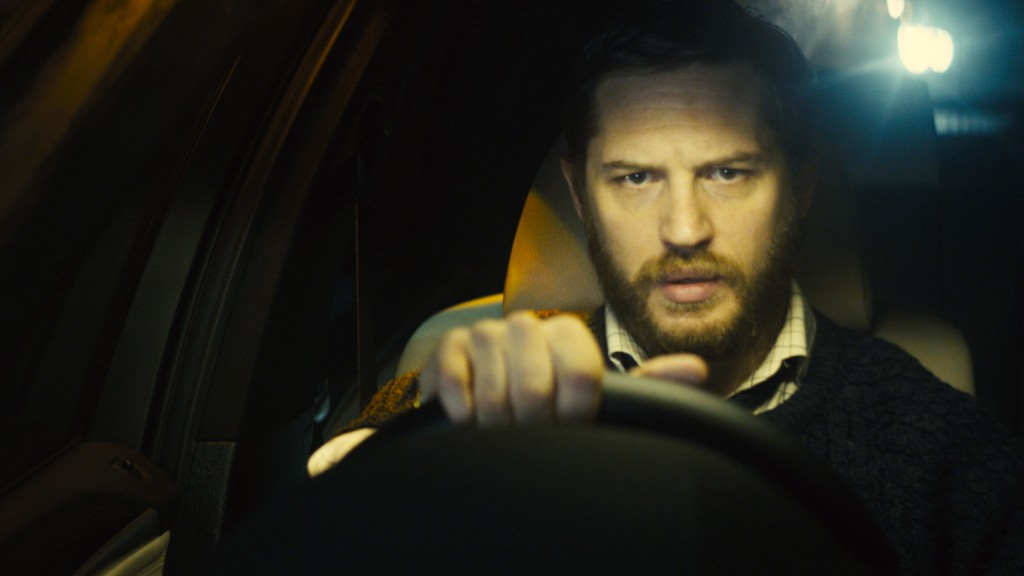 Tom Hardy is, as you might expect, mind-blowing, but beyond all expectations. Locke is a fascinating character. As his world collapses around him, Locke remains calm, understated (his Welsh accent a perfect embodiment of that), determined to figure out a logical next step to everything, to fix the problems he’s caused. He refuses to lose it, to give up, even while admitting his error in judgment and making no excuses for it. He’s on edge throughout, working so hard to maintain, to rise above the maelstrom that a fluke one night stand created, literally haunted by the fact that he’s living out the same mistakes of his father.

LOCKE wouldn’t work, or be as powerful, without incredible voice actors, and thanks to the tremendous troupe of talent, and Scott, Colman and Wilson in particular, it proves much more effective NOT having seen these characters. The audience creates a complex, indelible picture of these people in their head, whether you recognize the actor’s voice or not, thanks to the unique energy delivered by each over their series of conversations. When Locke’s son leaves him a voicemail, recapping the thrilling end of the match, it’s impossible not to shed a tear as we see the pain and anguish etched on Locke’s face. 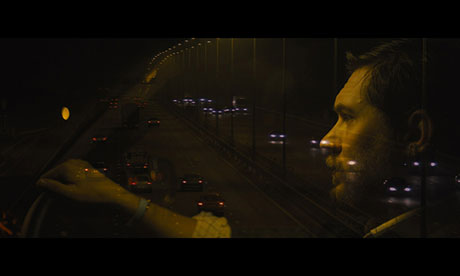 It’s impossible not to want to scream at or with Locke, as everything goes wrong. You’ll be shocked at how many variables goes into something as seemingly mundane as concrete, but that’s the point. Locke is absolutely the everyman, and for once, he actually feels like one, instead of some rubbish Hollywood facsimile of what our lives are like. Yes, it’s Tom Hardy we see, but he’s so far lost inside and consumed by Ivan Locke, that we quickly forget we’re watching a movie star.

After watching this gripping, economical tale, it becomes clear that writer-director Steven Knight (DIRTY PRETTY THINGS, EASTERN PROMISES) is one of the greats in this industry, and that Tom Hardy is one of the best actors in the world. The entire film hinges upon Tom’s face and his emotions, as we never get out of the car, and never see anyone else for the entire movie. It’s an unreal performance precisely because it’s so real. By stripping away almost everything, Knight and Hardy have uncovered the potential of filmmaking at its purest and shown how unnecessary everything else is, fashioning a more emotionally complex and inspiring film because of it.

LOCKE is in theaters now. For more information on the film and where to see it, check out the official website or its FB.