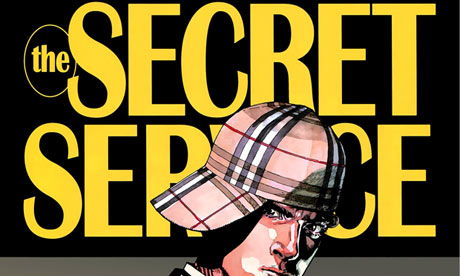 SPOILERS FOR SECRET SERVICE BELOW:

This film totally wasn’t on my radar yet, but apparently it should be: allow me to introduce you to The Secret Service, a film I swear had just been announced, not preparing for an October 24th release date.

The Secret Service is based on a comic book of the same name by Mark Millar (Kick-Ass, Wanted), with art from Dave Gibbons (Watchmen) and is directed by Kick-Ass writer/director Matthew Vaughn. Vaughn couldn’t be at the panel because he’s working on the movie (weird), as they’re putting the final touches on it.

The film is about a group of covert agents founded by wealthy individuals who believe that the CIA and MI6 are hampered by bureaucracy and politics (true). This secret service operates outside of those lines, the “secret agents of the coolest order.”

While we don’t get any guests… we do get a little clip, courtesy of FOX. Some of the FX isn’t finished, and the music is temporary… but this is never before seen stuff, folks. 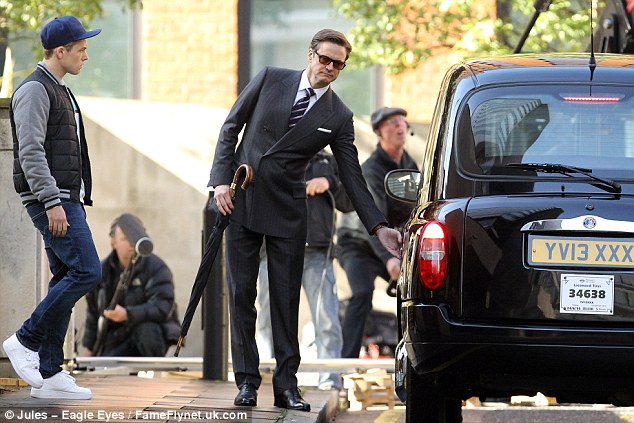 And… it’s totally in the vein of Guy Ritchie and Vaughn’s Layer Cake. Meaning it’s super-stylized and super British. The scene we see takes place at a British pub, between Colin Firth, or Uncle Jack, the leader of the agency. He’s meeting Eggsy (Taron Egerton), a douchey looking kid who apparently has wasted his potential (dropped out of the marines, listless in school despite off the charts IQ, etc.) and blames everybody but himself. Firth is giving him the pitch while also $#!*ting on him, until a bunch of ragamuffins come in to beat up Eggsy, because Eggsy seems like a guy people will line up to beat up. Firth asks them to leave politely…they don’t, and give Firth flack…and then he turns into an unholy combination of an older James Bond and Mary Poppins, using the bar environment and a bulletproof umbrella (that also shoots!) to kick arse, blowing Eggsy’s mind.

Then Firth finishes his Guinness, and it’s clear Eggsy will listen to him a bit more attentively now. Afterwards, we get a few flashes of the film, including seeing Samuel L. Jackson, who plays the villain in the movie, and looks like a young punk kid who dresses up to be a rapper but isn’t a rapper, which is a hilarious get up for Sam Jackson. There’s also Mark Strong, playing the evil role he always plays (or looks like it), and a Michael Caine sighting.

It’s all vaguely intriguing, but certainly seems like a story and visual style we’re all too familiar with. But the fact that it’s Colin Firth kicking ass makes one take pause. Plus, the IMDb page shows that Lady Gaga, Taylor Swift, Elton John, Adele and David Beckham are all rumored to be in this movie. Um, what?! Who am I kidding, I’ll be seeing this movie, despite my skepticism.