Impression going in: If you’ve been following along, you know damn well my impressions of this series going in.

Impression after watching: Time is a flat circle. Everything we’ve ever done or will do, we’re going to do over and over and over again. Which means I will be in front of my television, watching Toxic Avenger and cringing … forever.

Shot and released back-to-back with Toxic Avenger Part II in 1989, The Last Temptation of Toxie is the third of four Toxic Avenger movies, which means that OH DEAR GOD THERE’S STILL ONE MORE OF THESE LEFT?!?!! But the fourth movie didn’t come out until 2000, so it’ll be a while until I get to it. So that means the good news is that I might die unexpectedly before that happens.

Here’s Toxie wearing a traffic cone and listening to his blind skanky girlfriend play accordion. I think his plot revolves around not having the money to marry her and/or cure her blindness in this one. Whatever. 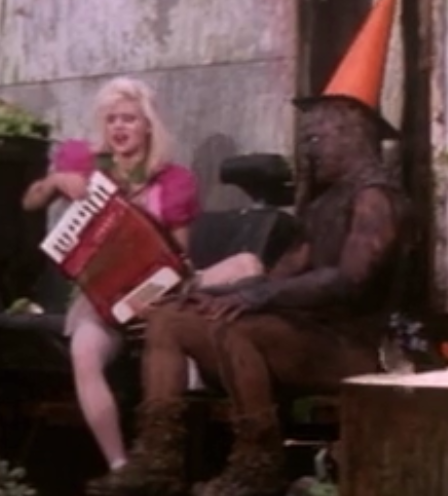 More good news: maybe the world could end before I have to watch the fourth Toxic Avenger. You never know. Scientists sometimes discover a meteor or something that they weren’t aware of until it passes close to earth. Hell, there might be a comet headed right for us right now, Deep Impact-style, and astronomers have decided to just let us live out our lives in blissful ignorance because there’s nothing we can do anyway.

This is the bad guy, the head of Apocalypse, Inc. He wants to turn the world into toxic sludge while making lots of money. Since Toxie always stops him and Toxie is broke, he wisely bribes Toxie with a high-paying job. Of course, late in the movie, Toxie rediscovers his conscience and try to stop this guy. Which means this guy ends up trying to kill Toxie, which means I most definitely was rooting for him. 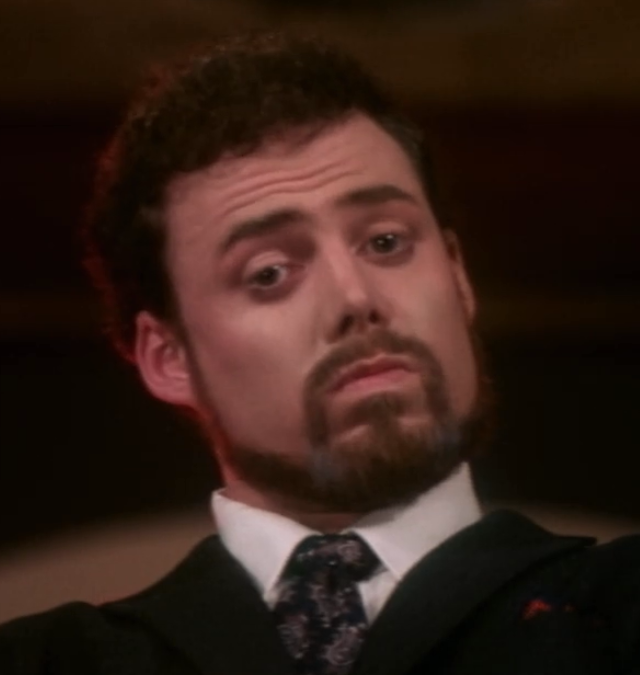 Of course, it doesn’t have to be a meteor or comet that ends all life on the planet; there’s always good old-fashioned nuclear war! I wonder if powerful people from the early 1960s would be surprised we haven’t had a full-scale global nuclear war yet. Silly humanity, always procrastinating!

Toxie is haunted by visions of the man he used to be before toxic sludge turned him into a monster. Except, not actually the man he used to be, because Melvin has been recast to look nothing like the original from Toxic Avenger. But the new version is much uglier and far more annoying, so by Troma standards, that means it was an upgrade. 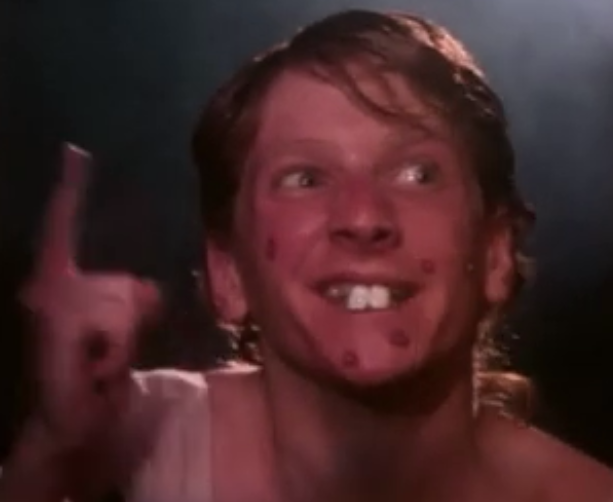 By now, you might be thinking, why doesn’t he just skip the last Toxic Avenger movie if he hates this series so much? For that matter, why didn’t he skip 2 and 3? Why wish instead for death? Or jesus, for the end of the world? Why do we all have to die too just so this asshole doesn’t watch a movie that he doesn’t really even have to watch anyway? What a fucking dick.

This guy is the devil, or at least looks like him. Only green, which is nice. Green is an enjoyable color. Not as good as orange, but really solid. He came out of the body of the evil guy from earlier. Whether that meant the other guy transformed into this green devil, or the green devil killed the other guy to be born, I don’t remember. But he puts Toxie through some arbitrary tests while trying to kill him. 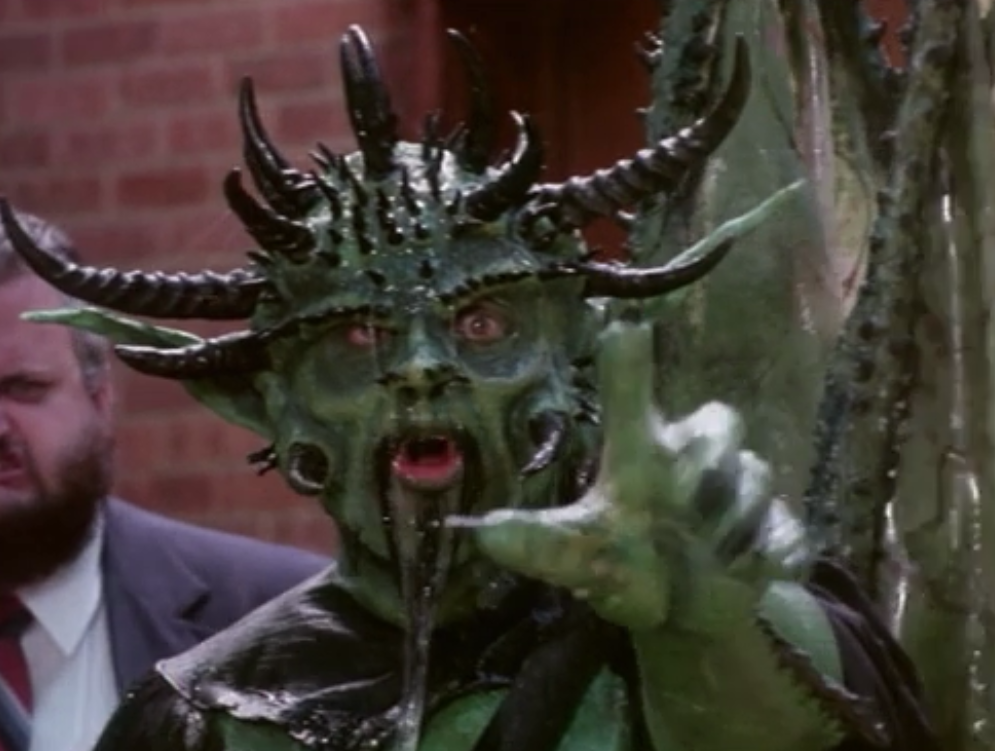 OK, fine, so maybe death or the end of the world is harsh. But I’m a completist. I have a hard time starting a project and accepting that I’m not following through, even if it takes me forever. I still harbor illusions of someday finishing a Deviants fan fiction series I abandoned like 11 years ago. In this case, I said I’d watch every superhero movie in order, knowing full well that included a lot of bad ones. I have to do this. And you have to read it, fucker, so this wasn’t all for nothing.

Toxie holding a broom usually means he just beat someone(s) up. He does that a lot. He does it here, too, successfully beating the bad guys and winning and such. Of course he does. 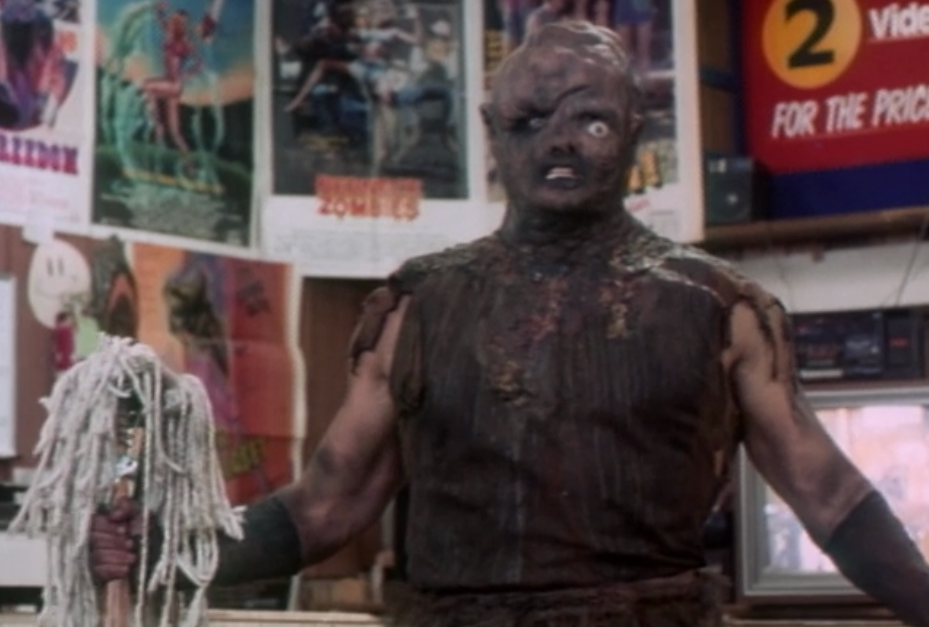 Besides, if time is a flat circle, and all events past and future have already happened, are happening, will happen, then some version of me has already watched the last Toxic Avenger and put this series behind him, free to live his life without the dark cloud of Toxic Avenger hanging over his head. Free to find joy again. I am him and he is me and the sun shall shine.

The movie ends with Toxie marrying his blind skank girlfriend, with the implication that they will live happily ever after. 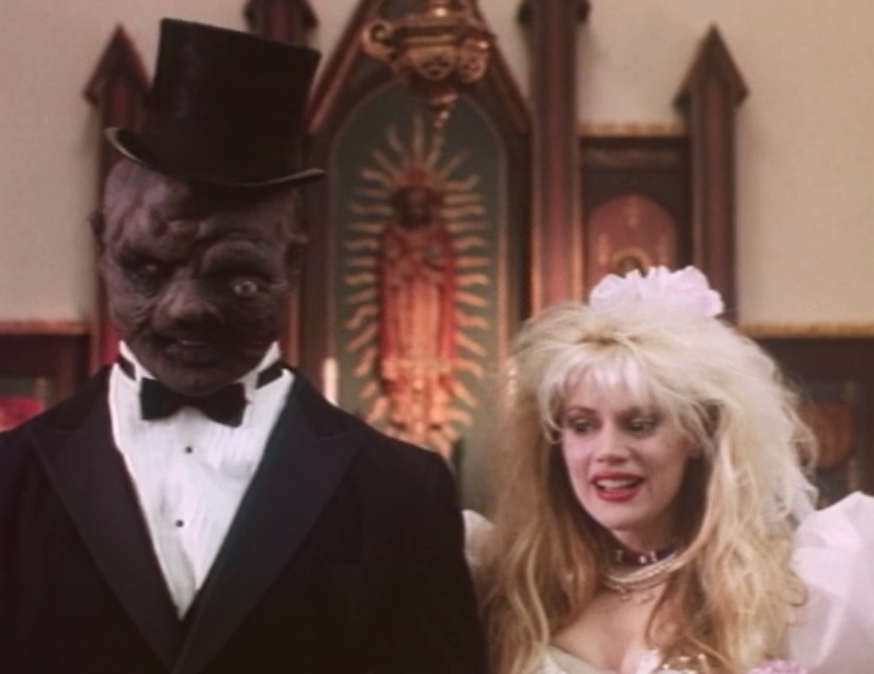 And so shall we all. Because, you see, there’s got to be a morning after. We’re moving closer to the shore. I know we’ll be there by tomorrow. And we’ll escape the darkness. We won’t be searching anymore.