It’s not easy to get a movie made. Not that I know that from any personal experience, but I’ve seen enough of the “struggling screenwriter” cliche to imagine that half of Hollywood thinks they have at least one great idea if only they could get the right people on board. And chances are that at least some of those unmade ideas really are great. So it’s a little unfortunate how many shitty movies that get made instead. And with that in mind, let’s talk about The Toxic Avenger.

First of all, let me just say: I get it. I really do. The Toxic Avenger has a substantial cult following, and its fans seem to eagerly defend it by talking about how negative reviews just can’t understand the humorous intention of the movie’s ultraviolence. But no, I do get it. Toxie is both a horror movie and a satire of horror movies. It takes the classic tropes of slasher flicks, from the gory deaths to the gratuitous nude scenes to the horrible acting, and takes them all to their extremes with a wink and a nod for laughs. But you can understand The Toxic Avenger and still count it among your least favorite films of all time.

As for the plot, there’s Melvin, this dorky janitor who gets picked on … 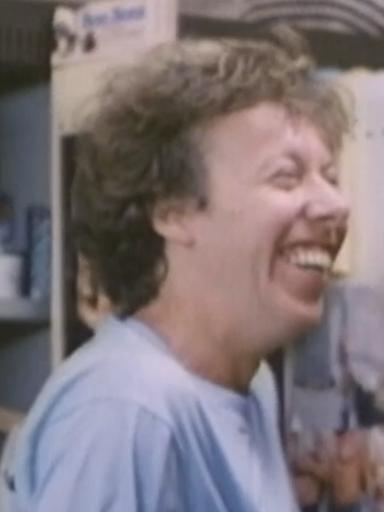 … mostly by these assholes, who also get off (maybe literally) on running over little kids. They’re probably the most obvious example of how intentionally over-the-top the violence in the movie is. Apparently, our reaction as viewers to an 8-year-old boy’s head getting crushed by a car should BAHAHA HOW META

Anyway, eventually one of their “jokes” results in Melvin falling into a bunch of toxic sludge. 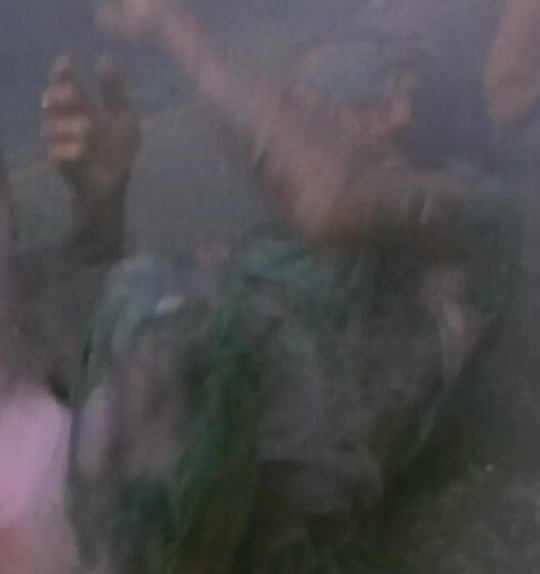 Which turns him into a monster that gets the name Toxic Avenger, and spends the rest of the movie murdering bad guys in various brutal ways. 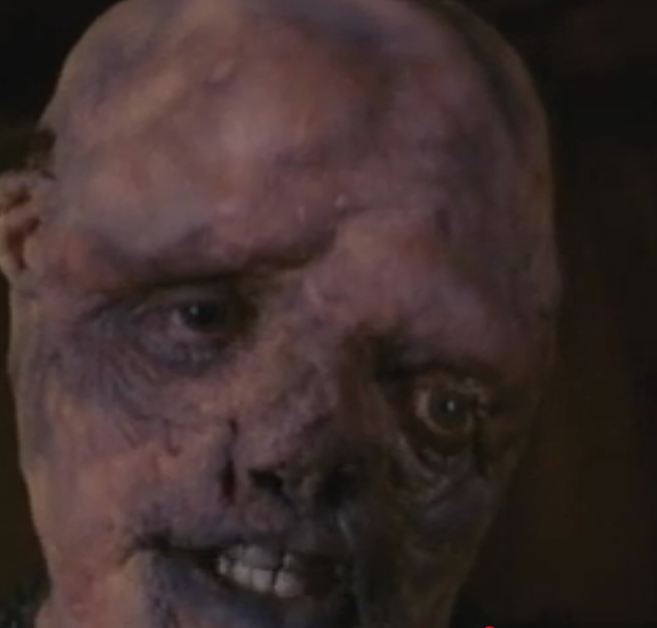 He slowly murders his way through a whole criminal underworld run by the town’s mayor, and we get to see everything from a dog getting killed by a shotgun to Toxie boiling a guy in a fast food fryer. And Toxie falls in love with a hot blonde blind chick. 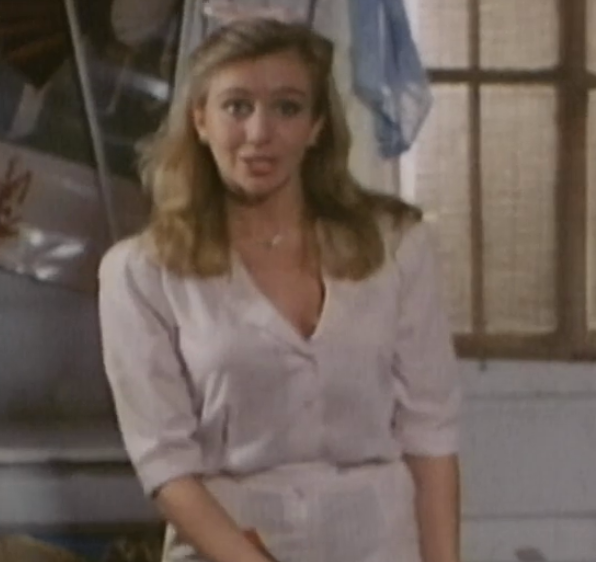 Other shit happens, but it is indeed shit, so I’m not going to bother with it. It’s not that I was deeply offended or anything by the movie, like some negative reviewers are, I just thought it was beyond the pale in terms of stupidity. It seemed to think it was clever or bold or original or funny. But it’s really just fucking stupid. Fuck this movie.

Oh, and it got three sequels. Because fuck you, suffering screenwriters with actual good ideas. I committed to my chronological Wikipedia syllabus no matter what, but Wikipedia is editable, right? Of course, it would be cheating to edit it myself, just as much as it would be to simply skip movies on the list. So I’m not saying I will pay someone to take those films off before I get to them, but yes, that is exactly what I am saying.