It Doesn’t Get Better Than “Raiders of the Lost Ark” 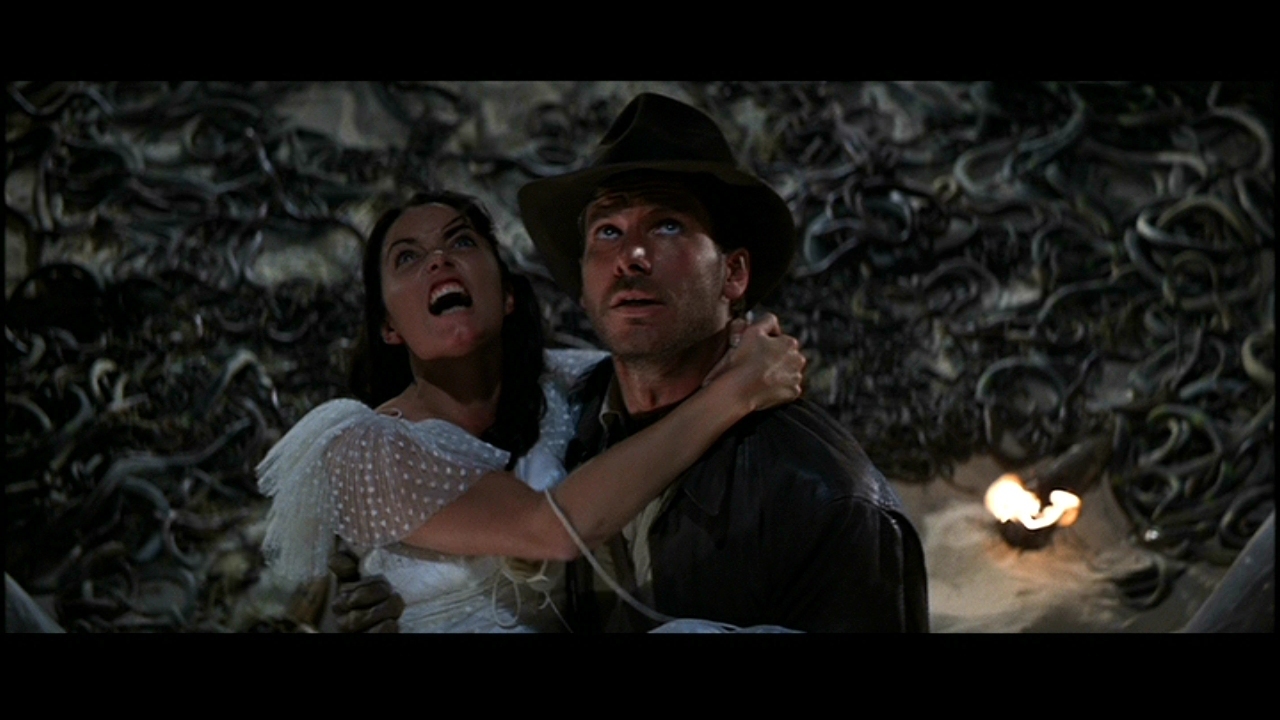 I don’t think I have to tell you this, but you should be listening to the Indiana Jones theme for the duration of this post and week.

One of my favorite websites out there is French Toast Sunday. Every month they pick a distinguished filmmaker to devote columns, time and love to. This Month it’s Spielberg in July. There’s never a bad time to enjoy Steven Spielberg movies, but the summer months are particularly great, since Spielberg invented the summer blockbuster with JAWS. I thought I’d take some time to talk about what may be my favorite Spielberg film (though that changes every week).

Earlier this month, for Fourth of July Eve (AKA July 3rd), I found myself at Hollywood Forever Cemetery for a Cinespia outdoor movie screening. The film of choice was RAIDERS OF THE LOST ARK (1981), the best adventure movie of all time. Hell, it’s practically perfect in every way.

I’ve seen the movie a few times, but probably not all the way through as much as I should. 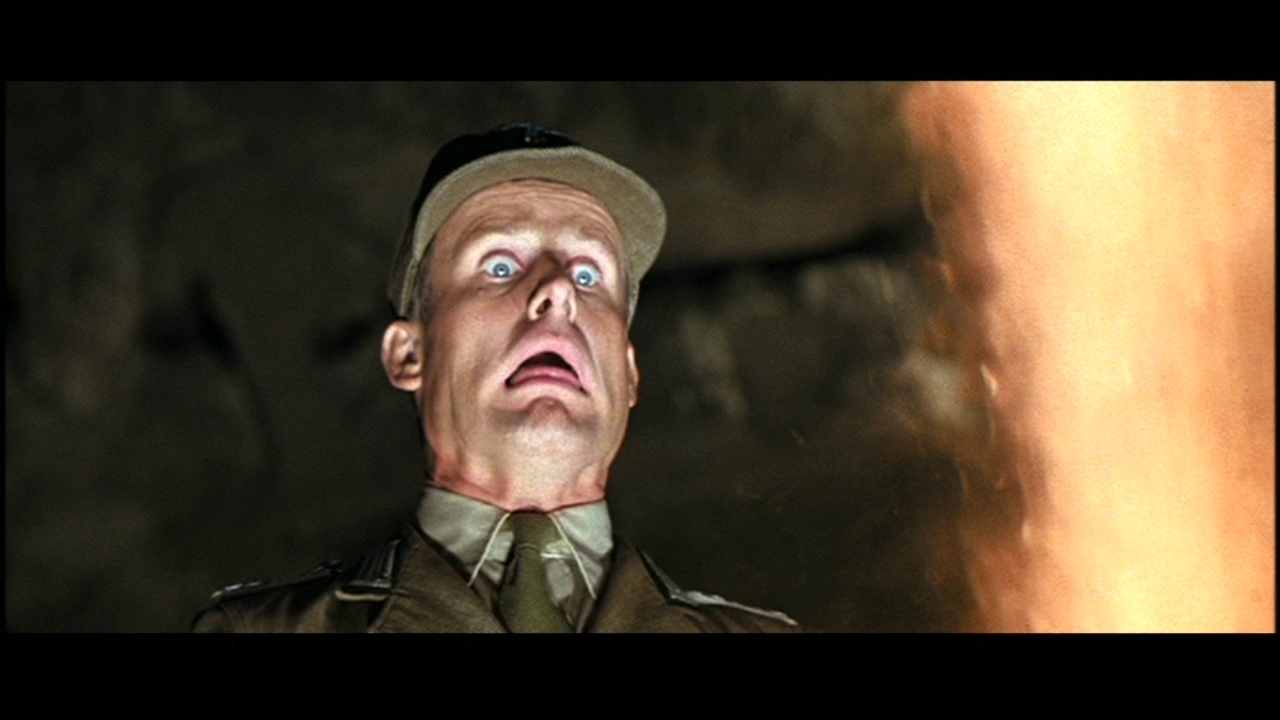 I know. It’s always on TV, so I always catch a few snippets, and catch a favorite scene, though that’s a slippery slope, since RAIDERS is a never-ending batch of favorite scenes. It had been years since I had seen it, but by the time the credits rolled and I was able to cross off “Fireworks Show Set To Indiana Jones Theme” off my bucket list, I was a giddy kid again, within walking distance of innumerable studios that would relish eradicating that inner child and optimist.

Yet he lives on. I refuse to think about KINGDOM OF THE CRYSTAL SKULL, or the later STAR WARS movies. For me, that doesn’t take away from what was accomplished here. Before it seemed like he was always cranky, tired and disinterested, Harrison Ford turned gruff exasperation into a sexy art form in the Steven Spielberg-Lawrence Kasdan-George Lucas nerdgasm.

There aren’t many better community movies than RAIDERS, because it’s filled with so many indelible moments that make you cheer. That’s basically what the rest of this post devolves into, because sometimes you just want to get excited and rave about a movie that everyone’s seen and loves. 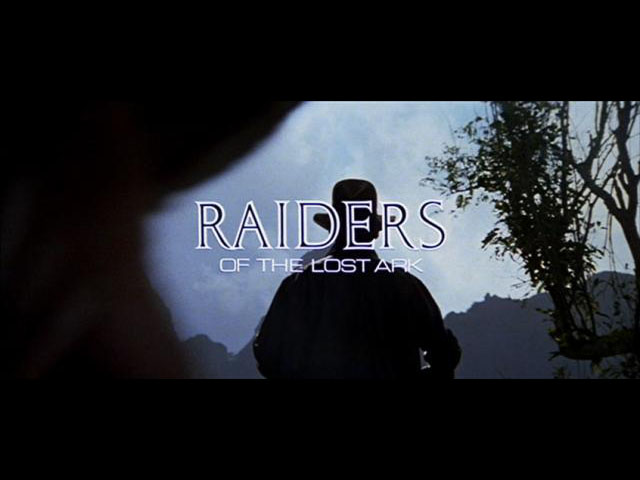 There’s something so larger than life with the opening titles. We see Ford’s silhouette, his back to the camera, his back to us, his soon-to-be legendary hat cutting a majestic figure.

Thanks to the infamous opening boulder scene, Indiana Jones becomes a classic and unforgettable character in cinema before we even KNOW HIS NAME. It takes a few minutes before Indiana Jones even talks, and even longer before he’s called Indy (thanks to Denholm Elliott’s Dr. Marcus Brody). The movie is RAIDERS OF THE LOST ARK, without the INDIANA JONES prefix that the others possess, after all, so it’s not a given that casual audience members knew his name until several scenes into the movie. This blows my mind. I’m not sure how intended that was by Lucas and Spielberg, but because of Indy’s stature in the hierarchy of classic film characters, it only feels more bold, badass and cool today.

Something I definitely hadn’t caught when I was younger was that Satipo, the man who tries to steal the golden idol from Jones in the opening scene, is Alfred Molina/Doc Ock. The movie only gets better with age.

(THAT SHADOW) For some reason, there’s nothing sexier than a woman who can out drink an entire Greek fraternity/big Nepalese dude. Maybe that says more about me than it does Karen Allen, who has one of the best smiles ever. Even in CRYSTAL SKULL, I couldn’t help but be delighted when I saw that smile again on a big screen. 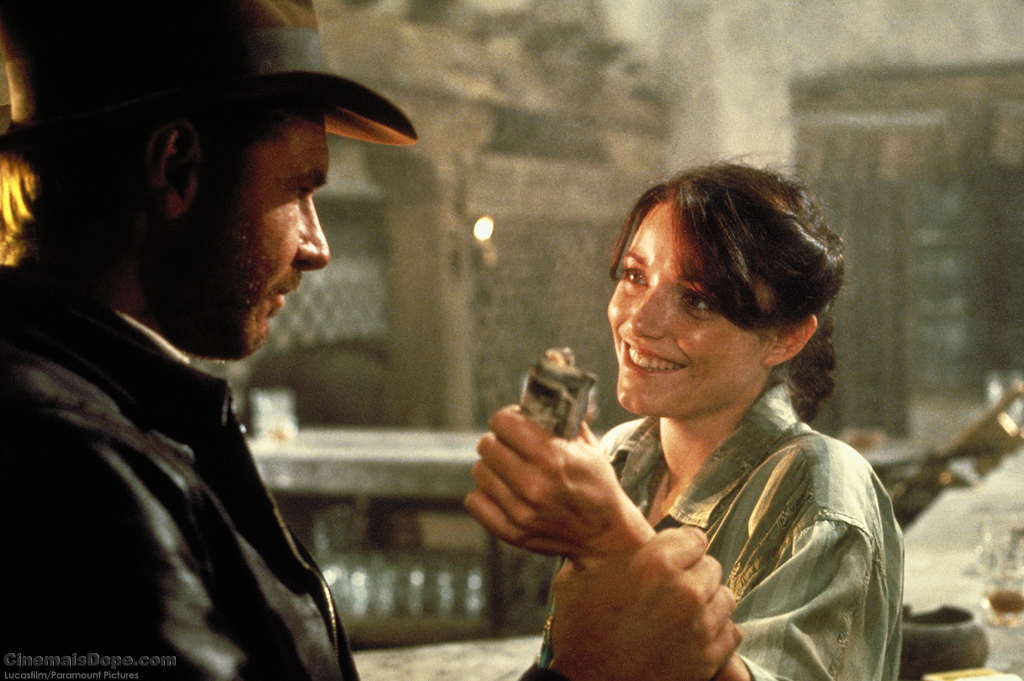 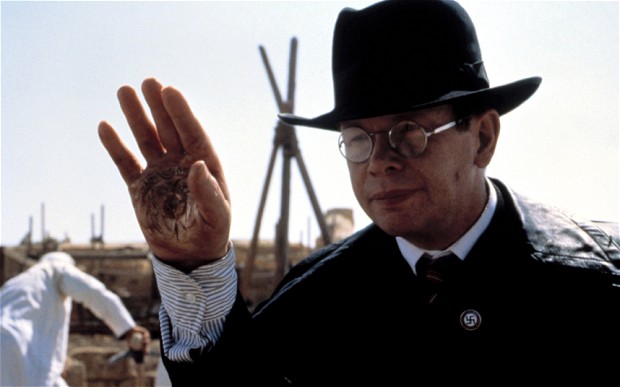 TRAVEL BY MAP is one of my favorite things. In my first full length screenplay, which was OF COURSE a road trip movie, I did my own take on this. I think all movies need travel by map, even if it’s for a character getting out of bed and to the grocery store.

RIP Terry Richards, the stuntman who played the swordsman in the beloved below clip, who died last month:

I always remembered there being a lot more blood, and actually seeing the mechanic get his head chopped to bits in the Indy/Mechanic scene. In fact, this was probably the scene I always got frightened of when watching this movie, even more than the finale.

John Rhys-Davies has uttered two life-changing quotes, spaced twenty years apart. In RAIDERS, it’s “Bad Dates,” a two word, two syllable utterance that has served as my Fantasy sports team name and a line that only has more meaning when you’ve been on them.

Also, you know he SAVED INDY’S LIFE. Sallah is the MVP of this movie. “Bad Dates” gets all the laughs and the headlines, but everything Sallah says is hilarious and brilliant. Rhys-Davis has crafted such a vivid and great character, you wonder what this movie would look like without him. Apparently Danny DeVito was originally offered the part. Oof.

John Rhys-Davies other immortal line is “…AND MY AXE” from LOTR: FOTR, by the way:

After the helicopter decapitation scene, the most terrifying moment is, of course, the face melting opening of the Ark scene. 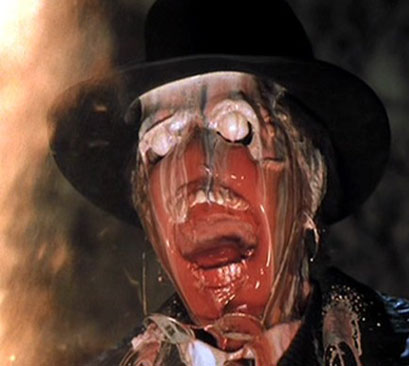 Just when you think we’ve made it…Lucas and Spielberg throw another brilliant curveball. Despite rescuing the Ark and surviving its opening, and bringing it back to the museum, Indiana Jones still loses. This pointed to the evils of bureaucracy and the government, while giving the film a foreboding undertone you wouldn’t expect from a 1980’s adventure blockbuster. The Army intelligence agents have whisked the Ark away, leading us to one of the best last shots in cinematic history (“top…men”).

If Indiana Jones can’t win, how can we? At least we win as an audience, no matter how many times you revisit RAIDERS. 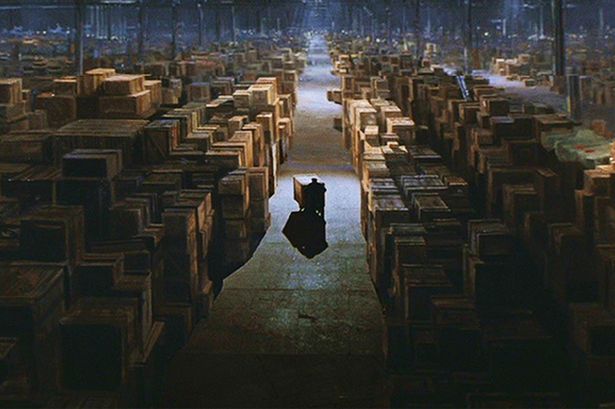