FAN FRICTION: THE PROBLEM WITH BRINGING SUPERHEROINES TO CINEMAS

On the heels of Sony’s latest announcement regarding an upcoming superheroine film with a 2017 release date, I stumbled onto an article on TheWrap.com that asked their staff to come up with what heroines they’d like to see on screen. The article was divided into self-explanatory groupings “The Femmes” and “The Fellas” and each staff member came up with a few short paragraphs about what they’d like to see.

The Femmes all had fairly specific answers, albeit not always imaginative ones. We got Wonder Woman, Jean Grey, Rogue and Catwoman but all women seemed to say the same thing: they wanted a strong, funny, sassy woman and while yeah, it’s cool that we’re finally getting that, it’s taken way too long.

The Fellas responses however, are the exact problem with bringing superheroines to life on the big screen.

Jeff Sneider “only buys ScarJo and Angie, so if you don’t bring [him] one of them, [he’s] out.” He said he’d prefer a female remake of The Crow to any other female superhero out there and while I’m not denying how unquestionably awesome a female Crow would be, why genderbend when there are already so many other deserving ladies? And why limit yourself to Scarlett Johannson and Angelina Jolie when you have goddesses like Katee Sakoff, Gina Torres, and Amy Acker?

Jordan Zakarin thinks, “it’s sort of a silly debate to be having, because women have shown that they can lead…Plus, it’s not like a woman superhero would suddenly ruin the integrity and streak of perfection in these films.” True, we have shown we can lead and there have been more flops than the studios would like to admit, but to minimize the importance of the debate by calling it “silly” just proves how much more work women have to do to prove their worth. Would Jordan have called it silly when talking about the next male hero to be adapted? Arguably not.

Joseph Kapsch questions if “a studio can actually create a female superhero driven tentpole that is as viable a moneymaker as its male counterparts?” This kind of thinking is the exact reason why it’s taken so long to get a heroine onto the screen in the first place. Stop questioning and start trying.

Tony Maglio says, “I’m all for female superhero movies, but the fangirl market is still not what the fanboy market is, so it seems like a riskier investment from the studio side. Plus, historically, the vast majority of superheroes were men, so it’s inarguably slimmer pickings for the fairer sex within the realm of existing franchises.” I’m sorry, how does that matter? Sure, there may be “less options” but there are still an abundance of underrated powerful and complex heroines between all the comic universes, so why does the ratio of women to men in comics tilt the scales? 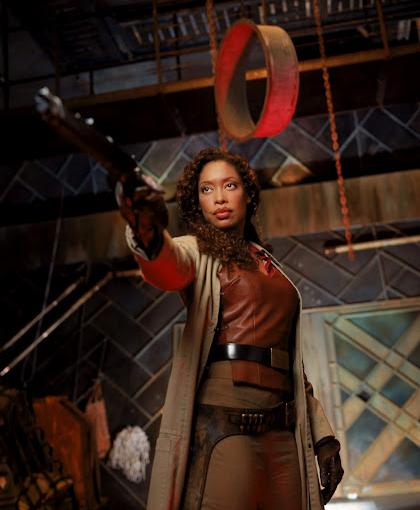 Todd Cunningham was one of my personal favorites (read: asshole). “I don’t think the gender of the superheroes matters that much, and I’m pretty sure that superhero equality shouldn’t be on the front burner when it comes to equality between the sexes. The fact is, most superhero movies are primarily the domain of teenage boys, who can identify best with male heroes (not to mention the “yuck — girls!” factor). That doesn’t mean it has to be that way going forward, but it’s not like Hollywood and Marvel and DC haven’t tried female superheroes before — if you look at Wikipedia, there’s nearly a hundred of them, and some have connected. I know Warner Bros. is pinning a lot of hope on Wonder Woman as a character. And Scarlett Johansson may yet get her own Black Widow movie with Marvel.” Mr. Cunningham could not be more confused. He gives the bigoted impression that he sees no gender inequality at all and therefore, why is everyone so upset? While no, a female hero isn’t the most important issue in the battle between sex-equality, the fact that out of all the superhero movies that have been made in the last fifteen years, I don’t even need a single finger to count the solo heroine films… That’s a major problem. The gender of superheroes released for public consumption in such a mass media market like cinema, and by extension television, is much more important that Todd realizes. Oh, there’s nearly a hundred female superheroes on Wikipedia? Why make any more, that’s plenty. Oh, ScarJo may finally get her own BLACK WIDOW movie 7 years after her character was first introduced, two IRON MAN sequels, potentially two THOR sequels, and one AVENGERS sequel later? No, there’s absolutely nothing wrong nor unequal about that. “Yuck – girls!” is no longer a feasible excuse – these films are not made for pre-pubescent boys anymore, they’re made for the general population which women just so happen to be part of.

These delightful gentlemen and the studio bigwigs are major contributing reasons that it’s take this long to adapt a female superhero into a cinematic feature; because it’s silly to wonder which heroine should get her own film, because unless you’re Angelina Jolie no one will want to see the film, because there are less options than male heroes, because “Yuck – girls!”

Unfortunately for these poor nimrods, however, a few of their male coworkers got it right: Tim Molloy offered his personal experience growing up on Black Cat and how much he loved and identified with her. He says that audiences today will embrace the female hero, especially if she’s an underdog. “But it’s sexist (and boring) if a heroine’s only supposed weakness is the fact that she’s a woman. Superhero movies need to give their women heroes the same kinds of flaws that men have, from Iron Man’s dying heart to the Hulk’s lack of self-control. If the story’s compelling, moviegoers will buy in.” 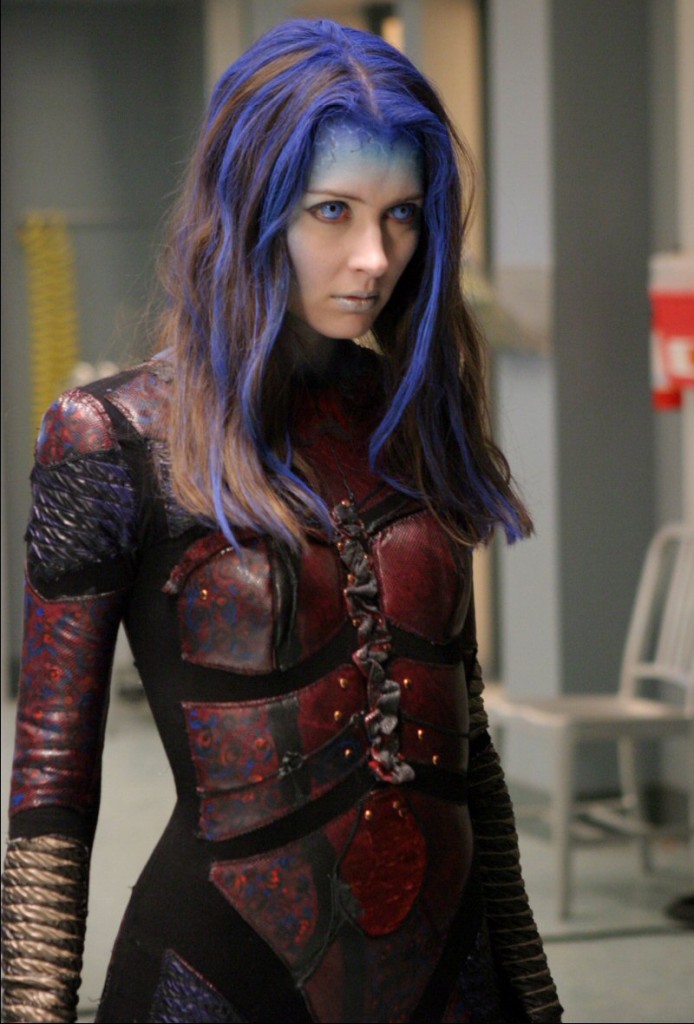 Andy Gensler also brought up a great point that women in comics have more often than not been reduced to sexy ninja warriors because if they don’t fall into that category they tend to have a tough go of it in comics. He wants the superheroine to be reinvented. His thoughts: “I’d like to see R. Crumb’s Ideal Woman, but made-over as a bad-ass contemporary feminist, a warrior who can cut through male megalomania BS in a single honest, authentic, and castrating bound. Who should play her? Melissa McCarthy, looking buxom and badass.”

And lastly Travis Reilly put it in terms that even Cunningham should be able to understand. “1) I like superhero movies, and 2) I like women. Those are my thoughts.” Upset that “companies are still — in the vast majority of instances — clinging to Caucasian male leads,” Reilly has been waiting just as long as women have for a heroine to get her own film.

*Side note, Microsoft word does not try to autocorrect “superhero” but does give me the red squigglies for “superheroine.” Jus’ sayin’.