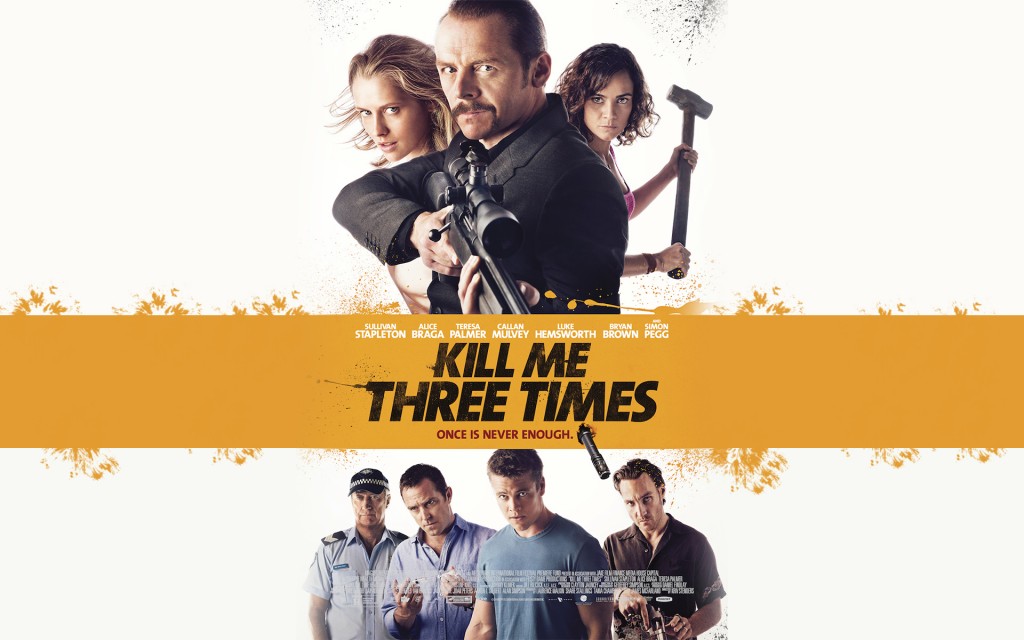 I only saw Kill Me Three Times for one reason: to watch Simon Pegg playing a more or less serious hitman. It’s the same reason you should, too.

You get the feeling that they offered Simon Pegg to come to Australia and play, and who would turn that down? Especially when you get to play with a great Aussie cast that includes 300: Rise of an Empire stars Sullivan Stapleton and Callan Mulvey, Warm Bodies’ Teresa Palmer and Bryan Brown of Cocktail fame. Throw in the Brazilian Alice Braga (Elysium) and a film that served to pop my third Hemsworth brother cherry (Luke!), and you have the makings of a fun crime thriller romp. 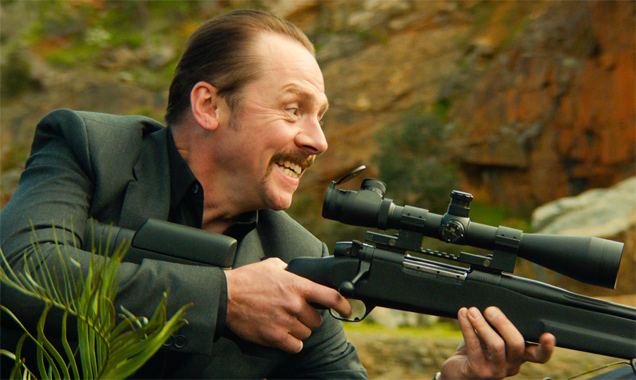 And it cashed in, thanks to a trio of narratives revolving around murder, money and love, or the things that play a part in every movie ever made.

Lucy (Palmer) and Nathan (Stapleton) are planning to kill Alice (Braga), switch up her dental records to fake Lucy’s death, and revel in her life insurance policy. Jack (Mulvey) orders a hit on Alice (his wife) because he’s an abusive scumbag (and catches her cheating on him with Hemsworth’s Dylan). Bruce (Brown) is a corrupt cop meddling in everybody’s business, the nose of a bloodhound for blackmail. Pegg’s Charlie Wolf is embroiled in the middle of this mess, trying to play every angle to increase his paycheck. Every plot point reeks of cliché, but by throwing them in a mixing bowl and monkeying with the timeline (and reveling in their characters’ screw ups), Kill Me Three Times holds your interest, thanks to a cast that elevates the material. In particular, I loved seeing tough guy Sullivan Stapleton as a meek and bumbling gambling addict, especially in contrast to Simon Pegg playing badass. 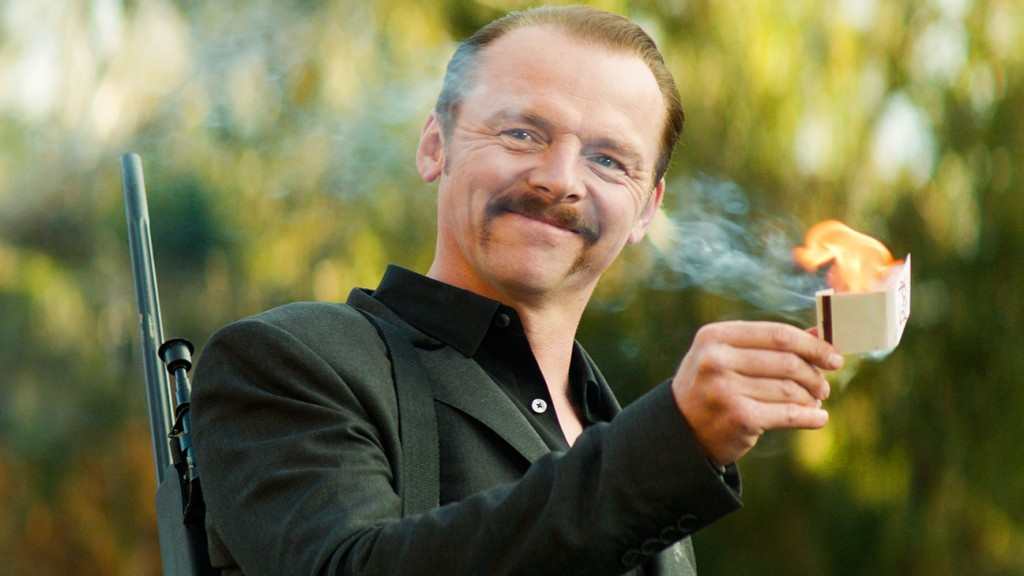 The film, written by first timer James McFarland and directed by Kriv Stenders, is definitely not as clever as it thinks it is, but who cares, it’s fun. Sometimes people forget how important that is. Part of this fun is seeing how these three stories intertwine, and where it’s going to end up. Thankfully, Kill Me Three Times doesn’t take itself too seriously. This is a movie that starts with an over-the-top V.O. from Pegg, complaining, “Fuck me, I can’t believe I’m going to die in this place,” while the audience sees an absolutely beautiful Australian coast line. Of all the places you can die, this seems like a pretty good one: but it’s not England, and one of the running jokes that works so well because Pegg’s persona is inextricable from England, is that Pegg is a tourist in the setting and amongst his cast.

Audiences will be happy to spend an afternoon being a tourist along with him.

KILL ME THREE TIMES is now on iTunes/On Demand and arrives in theaters April 10th.