Nostalgia is a wonderful thing. Was my childhood really that great? Were the shows I loved really that good? If I watched them now for the first time as an adult, would they really hold up? Maybe. Maybe not. But through that magical longing of nostalgia, they feel golden to me, decades later. And they sound golden too, through the magic of some truly delightful theme songs. Nostalgia might make some of these songs better, but if there’s one thing this tournament has reinforced for me, it’s that I’m fully convinced that many of these songs would hold up fully on merit even without the nostalgic bump. So many of them are just so heartwarmingly clever, inventive, and catchy, more than worthy of the childhood feelings they invoke.

But in the end, only one could claim the title as the best. And it was:

DUCKTALES (woo-oo). Our champion had the toughest road of any song; you could make the case that four of the five five songs it beat were worthy of winning the whole thing. The fact that DuckTales came out of each of those matches makes its victory all the more impressive.

The final tally was:

TMNT had a great run itself, losing here in the final by just three votes. The final bracket was: 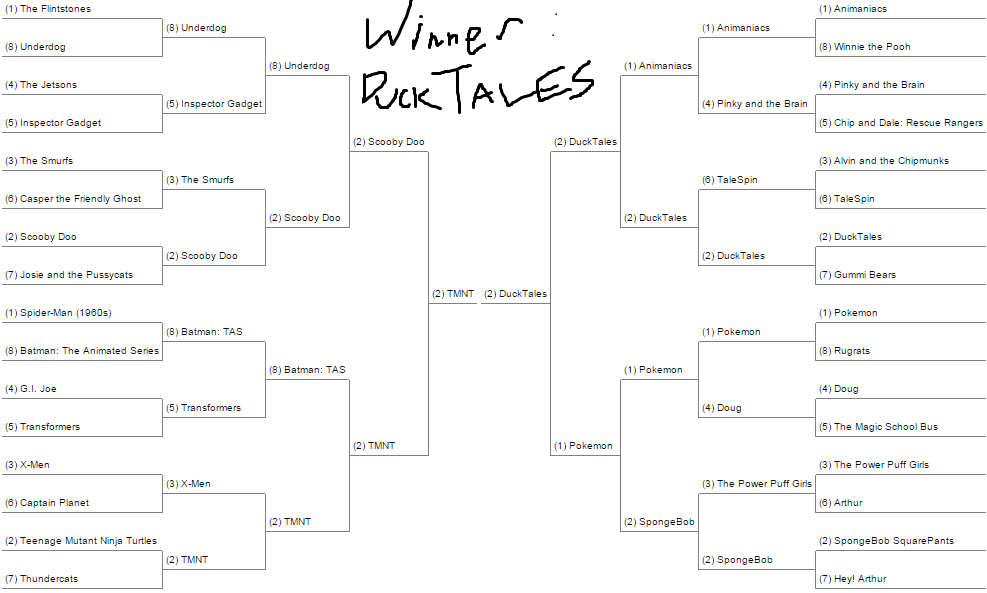 So big congrats to DuckTales! Listen to it again, but this time, with real ducks!