“WolfCop” Is Everything You Want It To Be 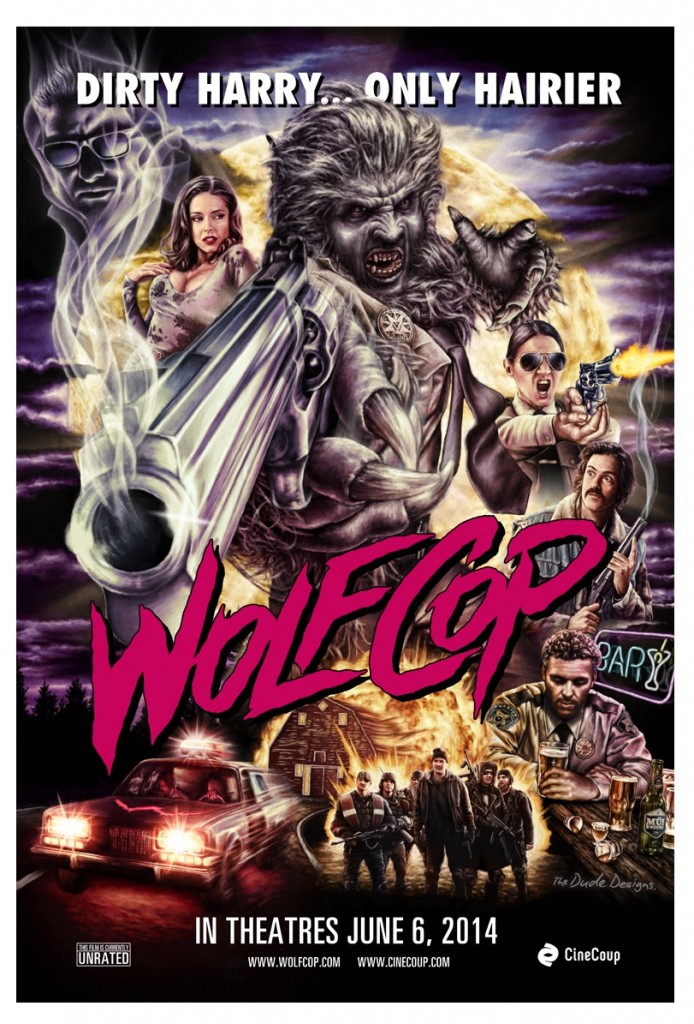 Before we had popped WolfCop into the Blu-Ray player, it already had one of the all-time great movie titles, blessed with an even better slogan: “Half man. Half wolf. All cop.”

Little did we know that, as a ripoff of the Charmed theme song played over the opening credits, we had stumbled upon a revolting monstrosity that revolutionizes film.

Before he becomes WolfCop, or the-man-who-will-change-human-history, we meet a hung over Sergeant Lou Garou (Leo Fafard in a role that proves being unfortunately hairy can make some sort of a career). Loup-garou is werewolf in French, and you know writer-director Lowell Dean is proud of himself, because the sergeant is never referred to as anything else besides Lou Garou for the duration of the film. Not that I blame Lowell Dean, who sounds like the guy you most want to punch at a house party, because Lou Garou is brilliant.

He’s also a drunk, as he drinks and pukes before he even gets in his car on his way to work in the morning (he pretty much is a modern day Lon Chaney Jr.). Because I suspect the small town of Woodhaven (Anytown, Canada) doesn’t have many other choices, the annoying Chief of police (Aidan Devine) can only complain about his drinking habits rather than actually doing anything about it.

Besides, he has Tina (Amy Matysio), the employee of the month every month at the Woodhaven Police Department, which might be impressive if the only other cop wasn’t a guy who literally pukes on his way to work (he also does every cliché thing a drunk person can do on the job). Tina is the best; she’s clearly supposed to be the overachiever character, but after about two scenes, she stops giving a shit. At one point she jokes around with a severed face at a crime scene. Woodhaven is hilarious.

And Woodhaven is going through a super (not) important election, one of those small plot points that is purposefully vague to avert suspicion over an INSANE PLOT TWIST to come! WolfCop is expertly crafted; the town is entering hunting season, but because of the string of animal-related murders (initially linked to the legend of the Woodhaven Walking Bear, but we know better), the town wide festival Drink ‘N Shoot has to be cancelled (because drunk hunting is so safe to begin with). This is a massive controversy, since drinking and shooting are Woodhaven citizens’ favorite things, and the act of combining them was likely akin to religious nirvana/2 for 1 Molson’s. 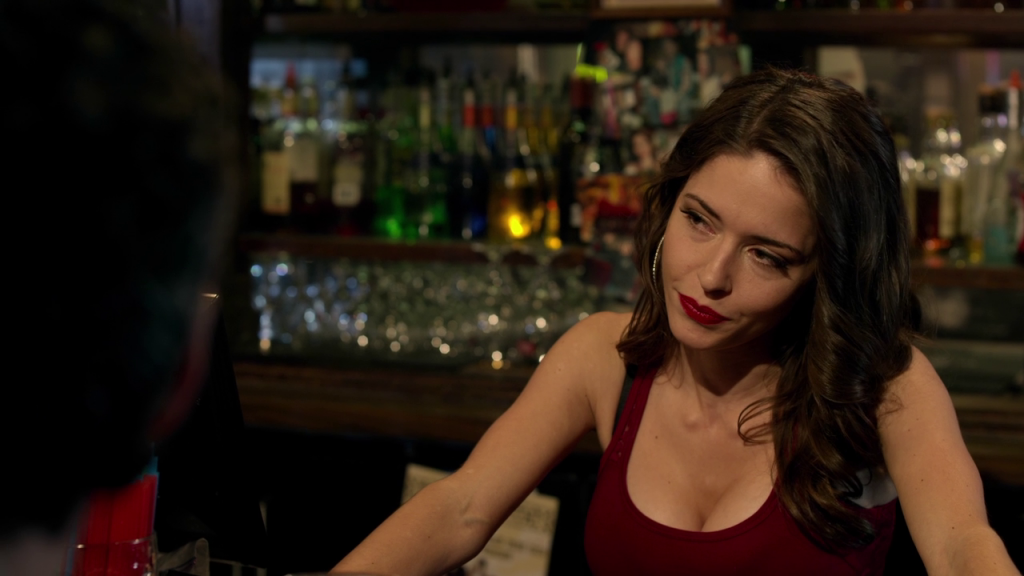 Lou is a disgusting drunk who sucks at everything, but that doesn’t stop the, ahem, massively talented bartender Jessica (Sarah Lind) from flirting like crazy with him. But it’s all a part of the masterful web that Lowell Dean has spun around us, like a suffocating cocoon of B-movie-ness.

After a confusing, bizarre cult-y ritual involving the murder/sacrifice of an innocent, The Beast migrates into Lou Garou, and WolfCop officially transforms into the greatest movie of all-time.

I don’t think I’ve ever taken better notes than I did for this movie. The following excerpts tell you all you need to know about this movie: 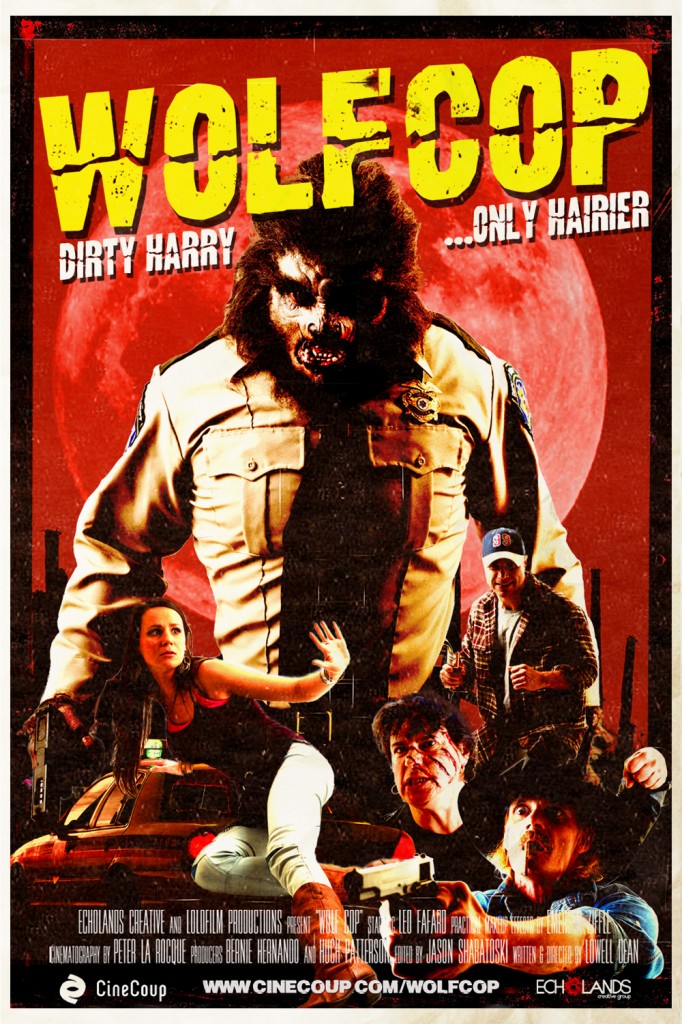 WolfCop is groundbreaking; to the best of my knowledge, it’s the first monster transformation that begins with a dick, in a moment that I described in my notes as “Un fucking believable.” The whole sequence was inexplicable, one of those moments where you look around the room to confirm that you didn’t just hallucinate it. Before that moment, WolfCop was whatever; afterwards, WolfCop was everything you wanted it to be.

When Willie Higgins (Jonathan Cherry), Lou Garou’s duplicitous redneck sidekick, is confronted with his pal’s change, he blurts: “You’re a wolf.” Our titular hero responds: “Cop.” WolfCop has shattered the fourth wall. Writer-director Lowell Dean is practically wagging his hairy wolfdick in front of us.

When the WolfCop transforms, it’s like he’s hatching out of his skin, tearing out of it completely. It’s gross/awesome. How does it grow back, you might wonder? Science simply hasn’t reached the point where this phenomenon can be explained; it may very well be beyond the scope of human intelligence.

Not only is it a hoot, WolfCop inspires intelligent discourse and important discussions. “If the only conversation between two named female characters is about not simply a man, but a Wolfcop, does that mean it passes the Bechdel test,” a friend of mine pondered.

There’s a self-aware wolf sex scene (“You fucked the wolf out of him, that’s gross.”). The tried and true pimp my ride sequence. There are Liquor Donuts, which might just be the name of a liquor store donut shop hybrid, or the greatest amalgamation after Wolf-Cop.

Every moment is pure bad movie bliss. By the time WolfCop had finished, a glorious Space Jam-like rap erupting amid the chaos, Lowell Dean had us in the palm of his considerably talented hands. Like the mad genius he is, he sprung the trap, announcing WolfCop II, coming in 2015, like Lou Garou was a Marvel character. But wait. IT IS 2015! WolfCop II could be coming any day. 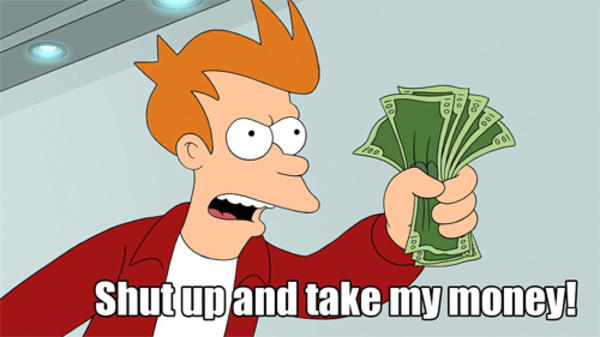 The franchise possibilities are endless. What other jobs would you like to see a wolf do? I’m holding out for WolfAccountant, just in time for tax season. 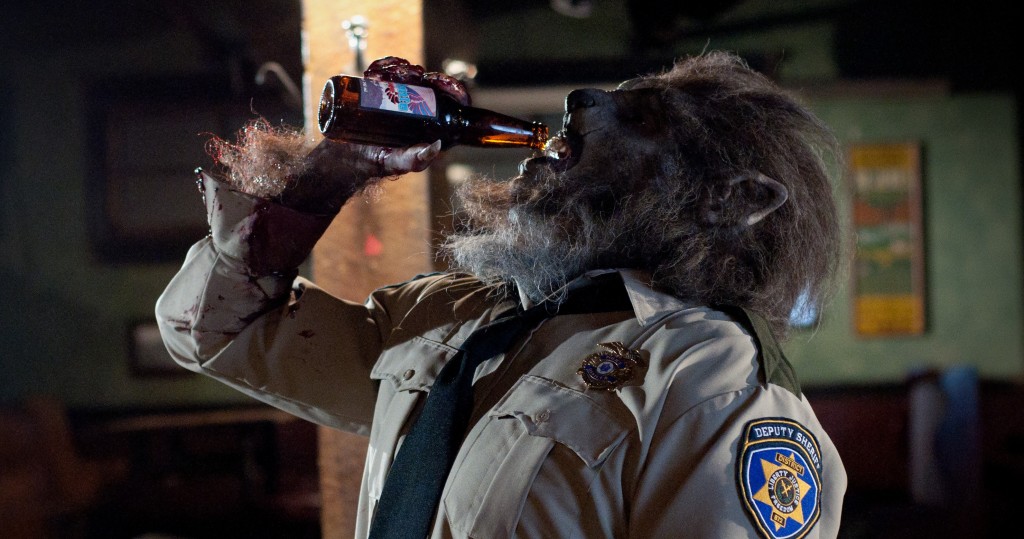 WOLFCOP arrives on DVD, Blu-Ray and VOD this March 10th, 2015. This piece of film history can be yours on Blu-Ray for the incredible price of $12.99 from Amazon.