There Is No Escape From Yourself in “Queen of Earth” 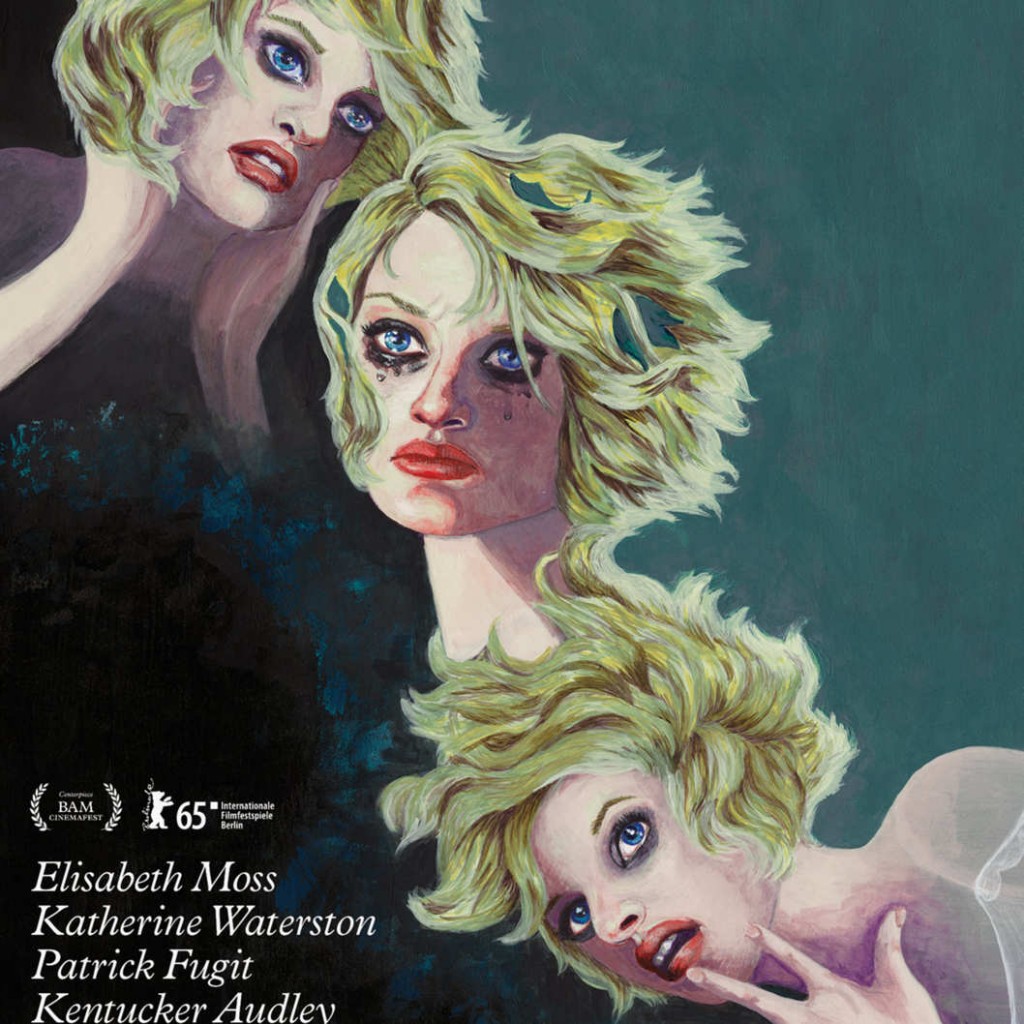 Sometime last year, on a lark, I went on an audition for a small play opening in a black box theatre on Santa Monica in Hollywood. The bizarre experience is another story, but in addition to a line reading, we had to fill out a short bio. One of the questions on the sheet asked, “In your estimation, who is the greatest actor working today?”

My mind went blank. I didn’t want to choose Daniel Day-Lewis or Meryl Streep, or anyone obvious, and for the life of me, couldn’t think of anyone worthy of such a title (I got so mad and frustrated by this unanswerable question that it probably doomed the infinitesimal odds that I actually would have landed the part).

So, who did I end up writing down? 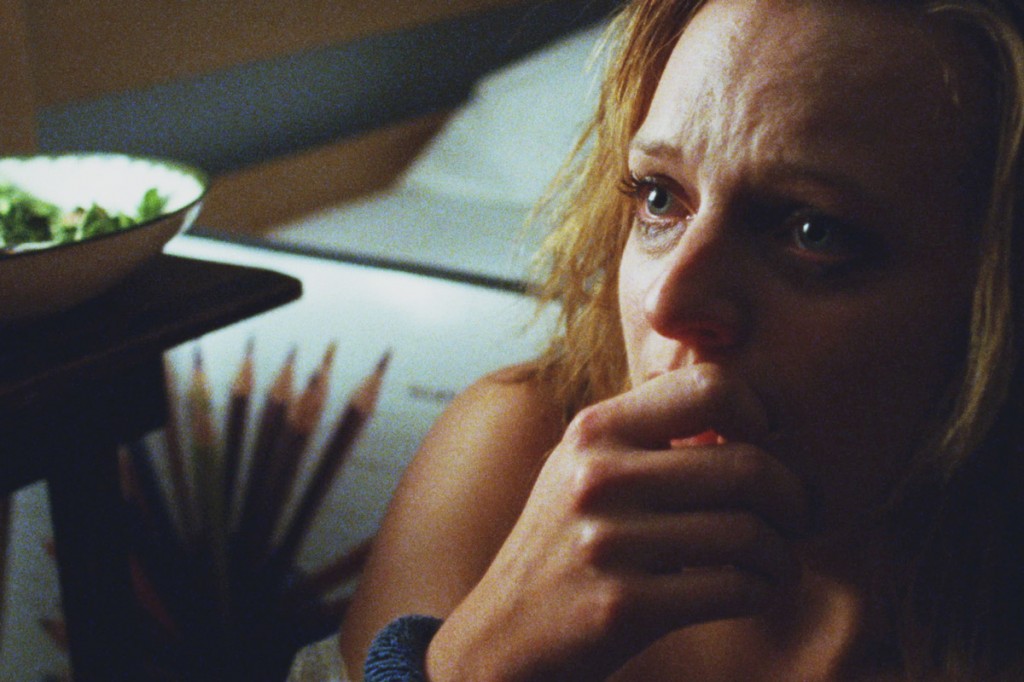 Elisabeth Moss, obviously. The Mad Men actress who I had just finished bingeing in Top of the Lake, and who has now become independent director Alex Ross Perry’s (Listen Up Philip) go-to muse and front for depression.

Moss, the greatest actor working today? That’s certainly hyperbole, but why not? Moss is consistently incredible, and in Perry’s unnerving Queen of Earth, she is again great.

She is Catherine, a young woman who has just lost her father to suicide, and her cheating boyfriend to a sobbing, bitter and spiteful break-up. We open on the latter, and while we hear James (Kentucker Adley), the scene is almost exclusively stuck up close on Moss’ boundlessly expressive face, tears and makeup going everywhere. While James is obviously a dick, it’s clear that he’s right: that they had an over-reliance on each other, that they were codependent. We see it in flashbacks, and we see the sentiment echoed by Catherine’s best friend Virginia (Inherent Vice’s Katherine Waterston, similarly excellent). 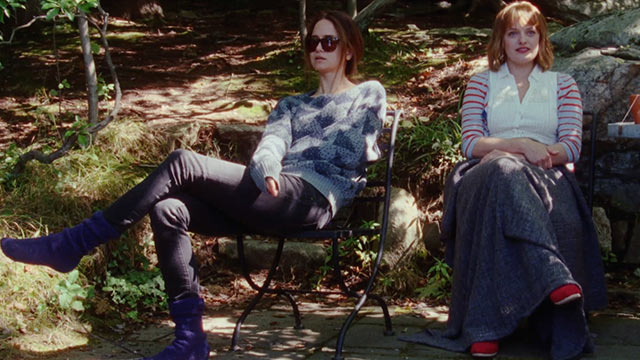 Catherine and Jenny (only her friends call her Jenny) are the kind of best friends that have ceased caring for each other, stuck with one another because there’s no one else. Jenny cuts everyone out of her life that’s a drain, friend or family, whereas everyone who cares about Catherine has abandoned her.  When Jenny points out that she hasn’t gone anywhere that proves Catherine’s point: she doesn’t care about her. Queen of Earth is a movie about unhealthy relationships, and Catherine and Jenny’s might be most damaging of all, besides the sometimes crippling relationship with yourself. The two know each other too well, and know exactly how to hurt the other, and haven’t met a conversation they couldn’t turn into an argument, sniping at one another even in the company of others.

Following the break-up and her father’s “accident,” Jenny takes Catherine to her idyllic cabin in the country to heal.

Except, in Queen of Earth, a vacation isn’t an escape; in fact, there is no escape from yourself or your problems. Vacations are a lie, a mistake. There’s no such thing, and even as Jenny points this out to Catherine, she’s lived her whole life on a break, professing that she feels like modern aristocracy. But you can’t hide. A retreat at Jenny’s parents’ immaculate cabin in the woods provides no respite. It turns ugly, like so many horror movies, and that’s Perry’s point: grief and depression is horror, and Queen of Earth unravels into a surreal psychological horror, as we witness Catherine’s descent to a giggling, crying, hallucinating mess. 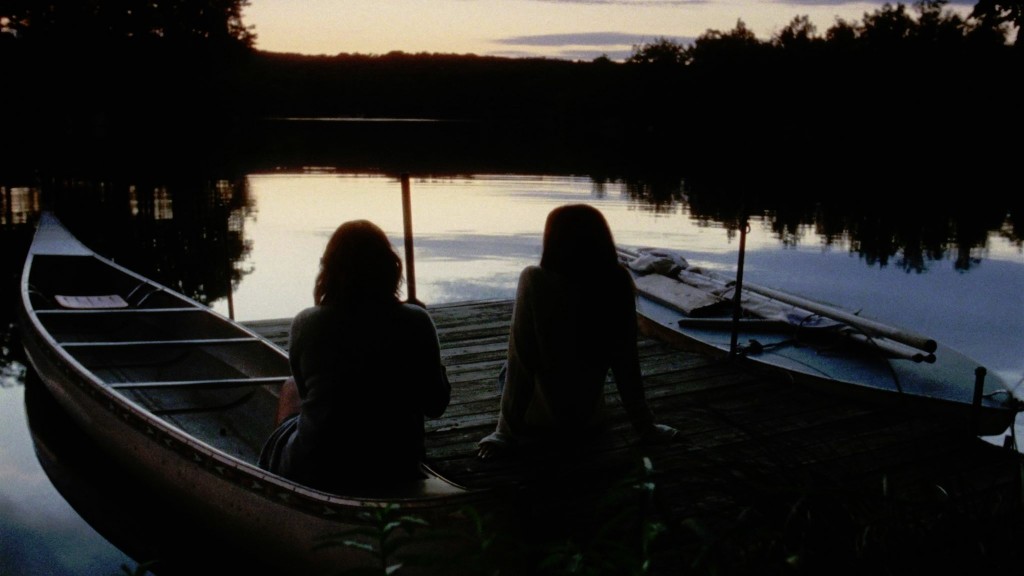 Queen of Earth is beautifully shot; the house, the woods and the lake are given a dreamy feel that’s at the heart of the film, thanks to a deep saturation of light and color. It’s almost blinding, a distraction from the unsettling foreboding that seeps through the proceedings. It feels like the beginning of the original Wicker Man, or a Hammer horror film, or even the S&M-laden psychodrama Duke of Burgundy.

This is contrasted with a myriad of intense close-ups on Moss and Waterston, uncomfortable and raw. Throughout, arguments and conversations appear to be one-sided: like in the opening scene, we only see into the eyes of one of the combatants, but from the POV of the other. They might as well be arguing with themselves, and that’s Perry’s point. We’re all alone in our depression. We feel like a voyeur on these personal moments, yet unable to trust our perspective. We can’t even trust ourselves.

Which is about how I feel about Queen of Earth: unable to trust my perspective and thoughts on this movie. The movies of Alex Ross Perry vary wildly based upon the mood you have when you go in; they have a tendency to burrow into humanity’s insecurities, and by extension, your own.

It’s never a fun experience, but it’s always a fascinating one.

Queen of Earth opens in New York August 26, with a national rollout to follow, and is NOW out on VOD.