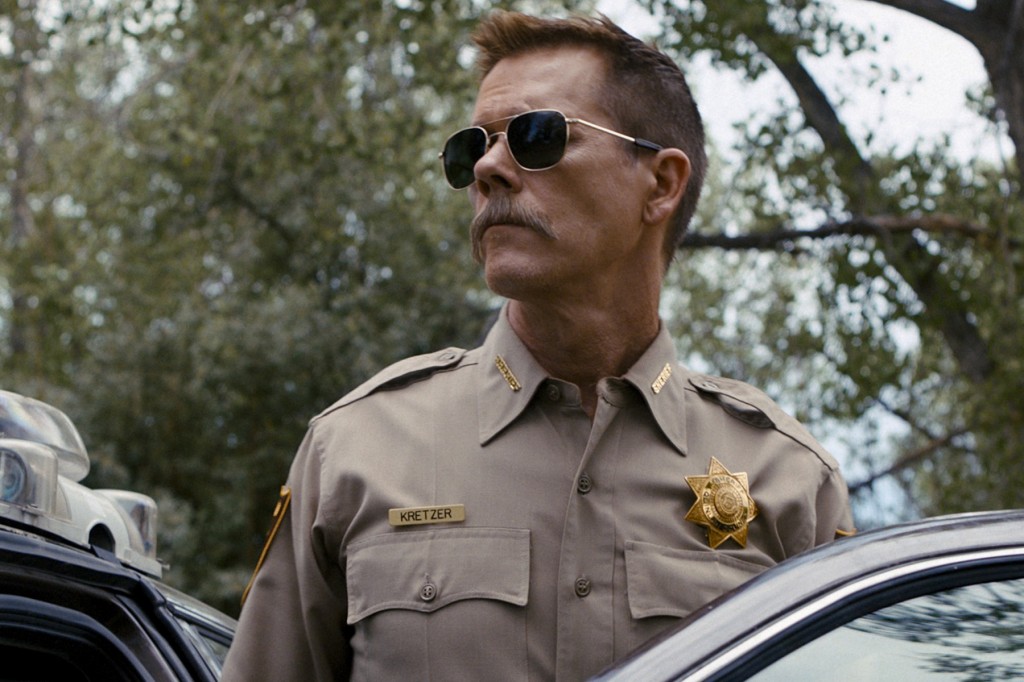 Inbetween the internet’s collective groaning about another Spider-Man reboot were whispers about the man chosen to direct it: little known director Jon Watts (The Onion News Network). Who?

Anyone who sees Cop Car will no longer ask that question, because Watts is the talented writer-director of the taut thriller Cop Car, and afterwards, in spite of yourself, tendrils of excitement about the newest incarnation of Spider-Man might trickle through your being. At this point, it should come as no surprise that Marvel has found another under-the-radar gem. But enough of that, because not everything is about Marvel. This is about Cop Car.

Going into Sunday’s opening night screening of Cop Car to kick off the third annual Sundance NEXT FEST, I had no idea what to expect. I had purposefully shied away from everything surrounding the movie. All I knew was the classically simple title, that it starred Kevin Bacon, and that he was rocking a stupendous 70s stache. 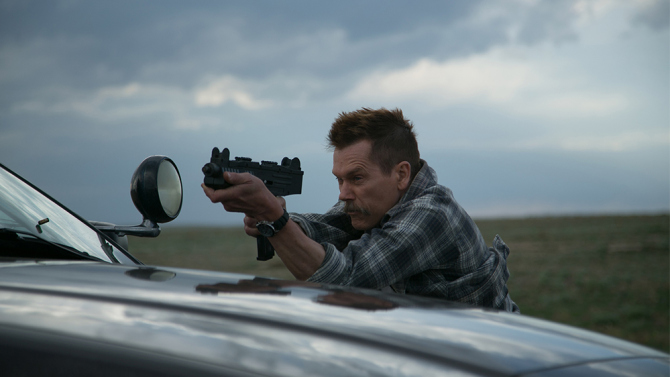 It was also a harsh and wonderful lesson in preconceived notions. Sure, we hit on some plot points and characterizations, but the movie we got was not at all the movie we expected, and bless Watts, Bacon and company for that [and bless them for the number of times “cop car” is said in this movie; it’s the only drinking game rule required].

Cop Car hinges upon an elegantly simple set up: two young boys from a small town, Travis (James Freedson-Jackson) and Harrison (Hays Wellford). The best friends are running away from home, as kids do. Their adventure takes a detour when they stumble upon the titular Cop Car, abandoned, in the middle of the prairie. From there, Travis and Harrison commit to an ever-escalating dare—the pitfalls of peer pressure, even with your best friend—one that everyone in the audience knows has to end poorly, tragically, and unfortunately. But you have no idea how: Cop Car is an inexorable tragedy, but we’re never sure of the specifics to the very end, and the result is a gripping thriller with moments that will have your heart in your throat. 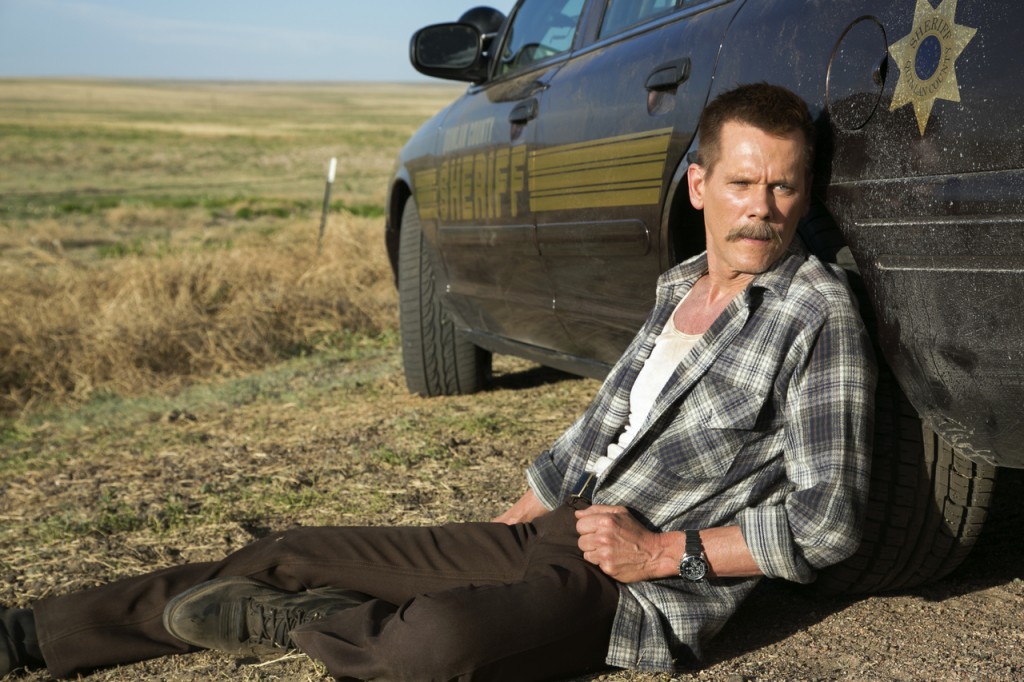 In Cop Car, which feels like Mud and Stand By Me stuffed into the backseat of a police cruiser, Watts captures the joy, danger, intelligence, naiveté and stupidity of children*, with the absolutely brilliant Freedson-Jackson and Wellford as his muses, whereas Bacon and Agent Carter’s Shea Whigham display the harsh devastation of adulthood.

Cop Car is another reminder that films don’t need to be complicated to succeed, and that we don’t need to know every character’s backstory (or origin story). Oftentimes, it’s better when we don’t, not the least of which because the film doesn’t feel a desire to pander, to over-explain and dump unnecessary exposition for us to wade through. Cop Car trusts the audience to piece it together, and come to its own conclusions about what happened pre-credits (Kevin Bacon has totally had sex in his Cop Car), thrusting us in the middle and driving, never waiting for us to catch up. There’s no need; we’re right there with them.

*given how fantastically he captures childhood, Watts would be a perfect choice to adapt Chris Giarusso’s hilarious Mini-Marvels, which absolutely should be utilized as a series of shorts before their features, a la Pixar’s shorts

Sundance NEXT FEST continues this weekend at the beautiful and historic Ace Hotel in downtown Los Angeles, combining this year’s Sundance festival favorites with musical acts, virtual reality and Thomas Middleditch. For more information on the weekend program and to buy tickets, check out the festival’s website.