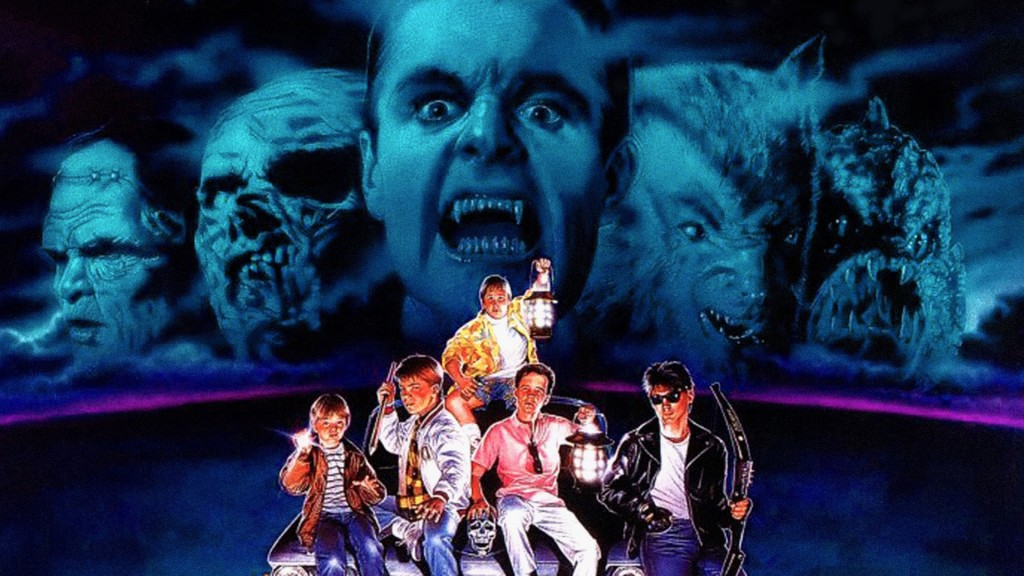 If your ideal Halloween is getting drunk while watching horror movies, then The Monster Squad is the perfect nostalgic choice. The 1987 film arrived in the same year as the first Lethal Weapon, both written by Shane Black (who co-writes here with Night of the Creeps‘ Fred Dekker, the Squad’s director). More for Lethan Weapon than Monster Squad, this turned Black into a rockstar insomuch as a screenwriter can be one, until the inevitable downfall came, punctuated with alcoholism. Like Tony Stark himself, redemption came in the form of Kiss Kiss Bang Bang and Iron Man 3, and now Shane Black could probably write a sequel/reboot of The Monster Squad if he wished, an awesome/silly notion that adds a fun layer to revisiting this piece of 80’s treasure.

Coming two years after The Goonies, Monster Squad is pretty much exactly Goonies with way less famous people (Horace = Chunk), and way more monsters (though Sloth is very much missed). So it comes out even, thanks to the presence of Dracula, Wolfman, Frankenstein, Gill-Man and the Mummy, who all look great, especially for 1987, thanks to monster FX from Tom Woodruff Jr., the maestro behind The Terminator and Aliens. 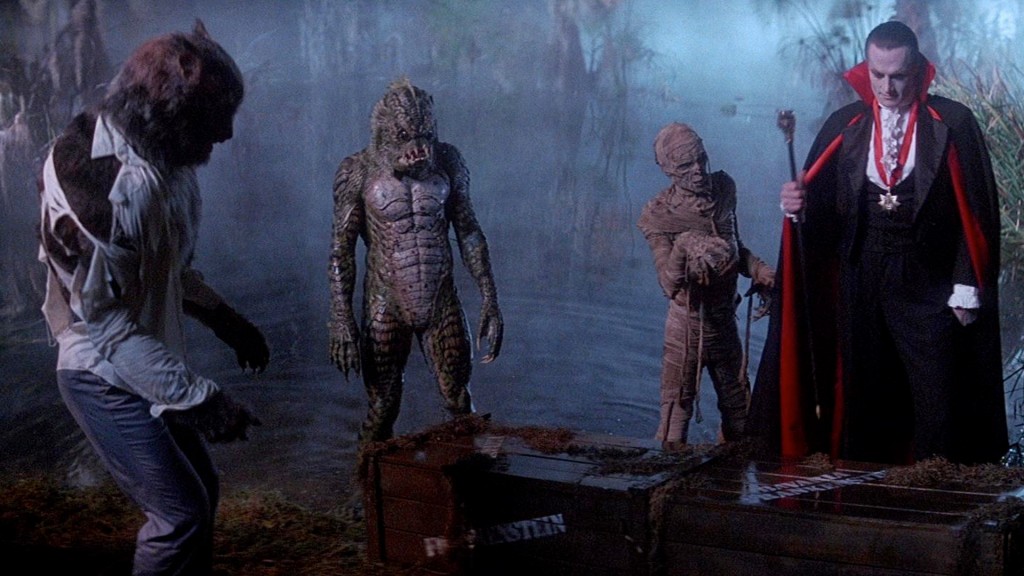 Monster Squad is a ridiculous 80’s movie with a titular rap that plays during its credits, yet also features an exploding Wolfman who reassembles itself and keeps attacking a group of children who are forced to destroy the very thing they love: monsters. It doesn’t get much better than that, though Dracula having iPod like lightning rod ear-buds stored in his cane would beg to differ. 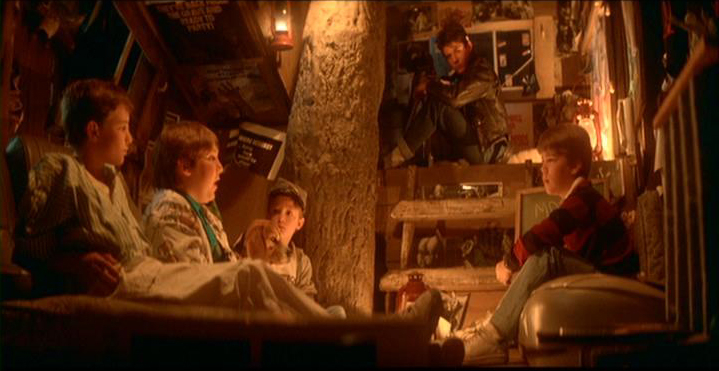 In many ways, it’s a Revenge of the Nerds with monsters, forcing a bunch of dweebs who spend their afternoons quizzing each other on how to kill vampires, to actually make practical use of such knowledge. It captures the thrill in discovering that monsters are real, while also the “Oh shit” realization of what that means (we’re the only ones who can stop them!) To Monster Kids, a special sect of nerd, The Monster Squad is a sacred text, a movie made by Monster Kids and FOR Monster Kids, an even bigger rarity in 1987 than it is now. 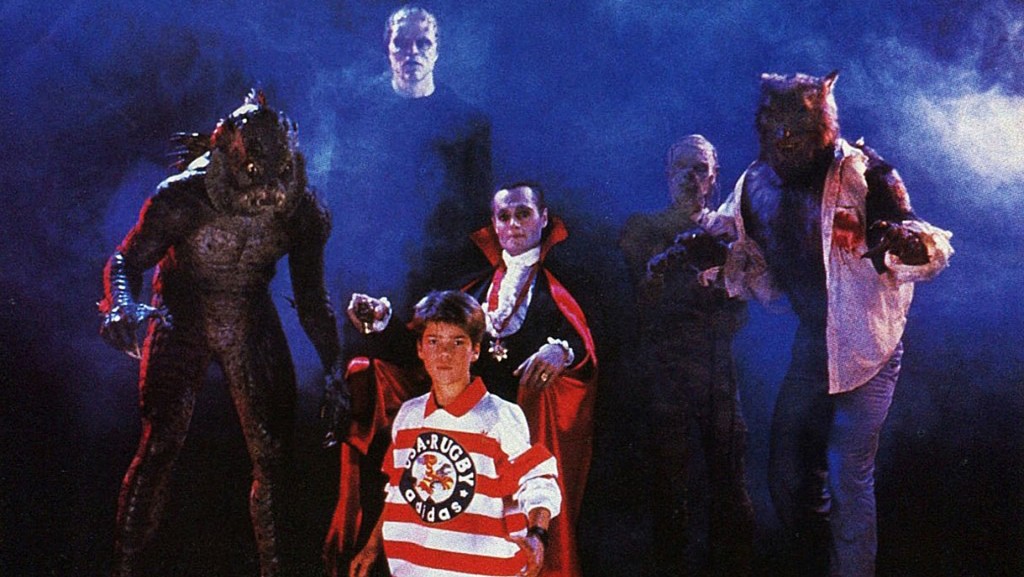 While it’s as dated as any 1980’s teen movie, it’s even more glorious today, thanks to those wonderful, awful t-shirts that your older cousin used to wear (the excessive use of the word “homo” is grating and bracing, unfortunately). This doesn’t even include the obligatory “Stephen King rules” t-shirt one of our intrepid heroes sports. There’s also the ridiculously bad nonsensical insults, and Leonardo Cimino as “Scary German Guy,” stealing the film when there are MONSTERS on screen. Best of all is Rudy, a super slick biker tough guy who’s handsome AND digs monsters. There’s nobody cooler in the history of cinema.

The Monster Squad is the closest thing to an Avengers of monsters the world has seen since Abbott & Costello Meet Frankenstein, a formula Universal utilized before Marvel Studios changed the way blockbusters were made. Universal appears to be it bringing back. Let’s drink instead of considering the atrocities that might come from that. 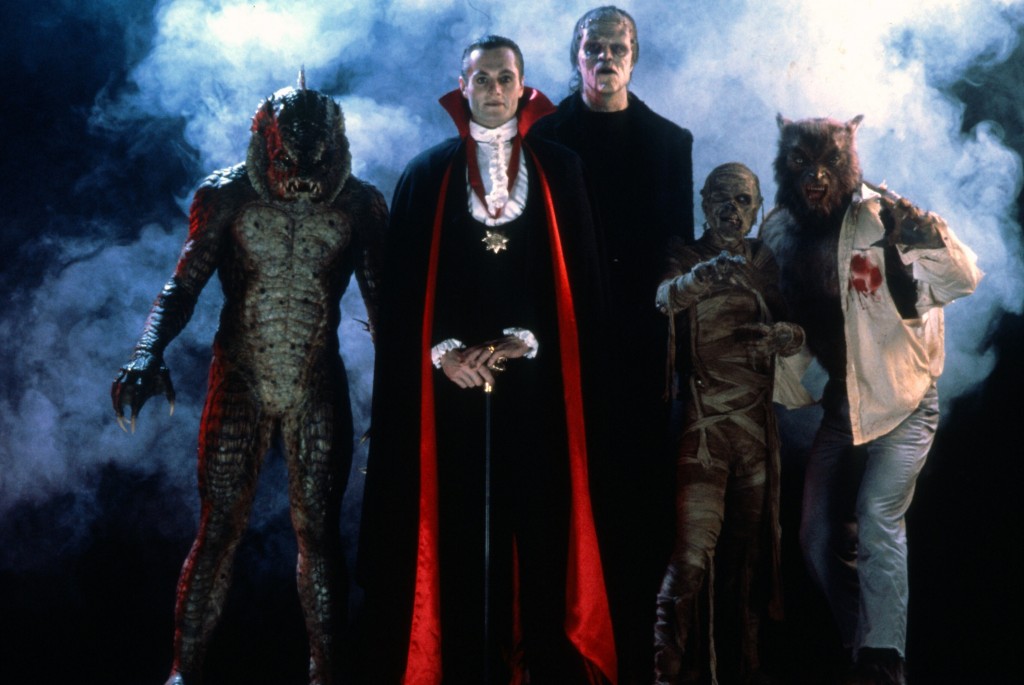 1. Whenever a new monster is introduced, drink.

2. Drink for every monster fact, or any discussion about how they’re killed.

3. Take a sip whenever a monster is killed. Double it if Horace does the deed.

5. Finish your drink during the classic “Wolfman’s Got Nards!” scene. Or just watch it over and over:

6. Waterfall during any 80’s montage. They’re the best:

7. Drink whenever someone says “Fat Kid.”

8. Sip whenever someone says “Virgin.” 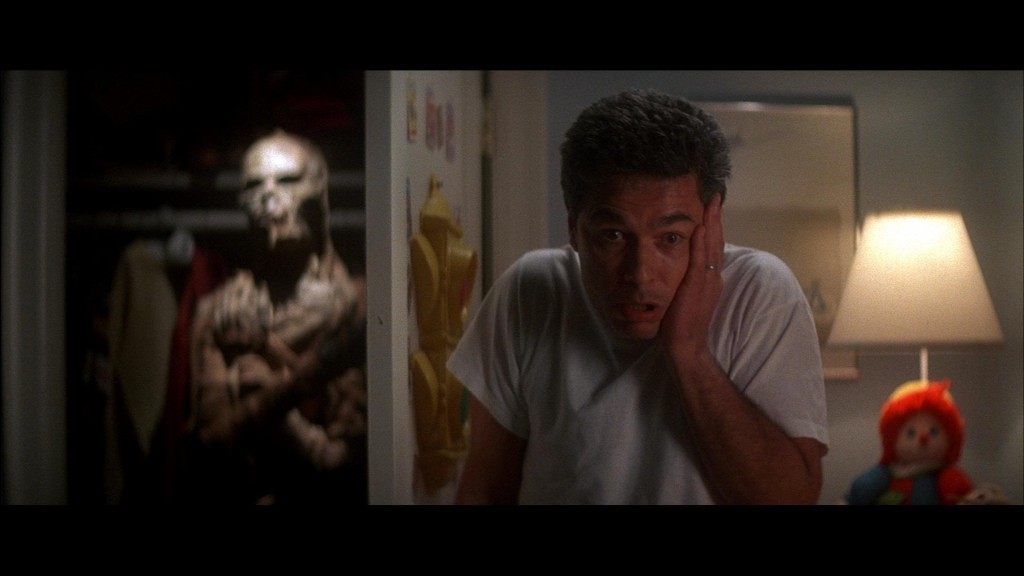 10. Finish your drink when Van Helsing gives the audience a thumb’s up, because yes, that actually happens:

EXPERT EDITION: Drink every time the word “Monster” is said.