One of my hopes when beginning this lengthy project was that I would discover some gems that I previously hadn’t seen. At last, with 1981’s Condorman, that hope has been realized. Condorman, a Disney picture that bombed at the box office, isn’t exactly a universally beloved film. Its IMDB rating is at 5.6. Its Rotten Romatoes score is 25%. Siskel and Ebert called it one of the worst films of 1981. Maybe they’re all right. Maybe I’m the idiot. But I found this movie to just be incredibly charming and fun.

It’s more of a spy movie than a superhero movie, but far more of a wish-fulfillment fantasy than anything. Michael Crawford stars as Woody Wilkins, a comic book writer/artist who implausibly gets recruited to run a CIA operation. We meet him in Paris, getting ready to test a Condorman costume for its flight abilities; he writes/draws a Condorman comic book, and refuses to put anything in there that isn’t realistic. Naturally, this test needs to take place by jumping off the Eiffel Tower.

This goes surprisingly well … until it doesn’t. A wing breaks, and Woody plummets, but not until he’s only a few feet above a gentle water landing. But this opener sets the tone; Woody is a guy who’s going to go for it, leap without making sure it’s safe, take on adventures no matter how dangerous or ill-advised — and end up no worse for the wear.

These traits serve him well when his best friend Harry (James Hampton), a desk clerk for the CIA, is tasked by his boss to find a civilian for a simple mission. Woody rocks the mission, falls for the sexy Russian spy Natalia (Barbara Carrera), and wins an unexpected fight with a combination of luck and good reflexes. Later, when Natalia wants to defect to the U.S., she asks to be escorted out by the “agent” Woody claimed to be: codename Condorman. 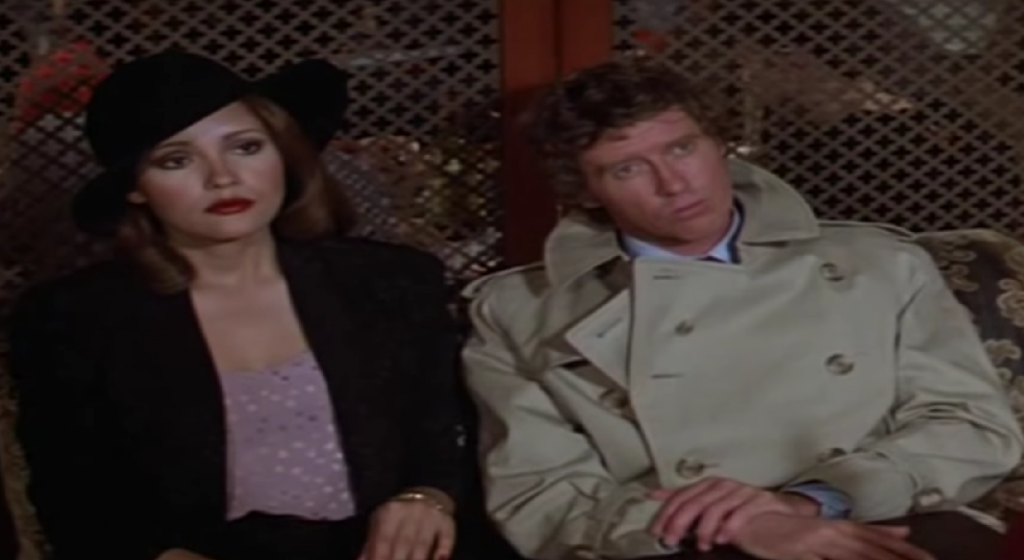 Woody gets decked out in all the best spy gear from the CIA, then goes undercover to sneak Natalia through the Soviet bloc. Along the way, he has to fight his way through various spies and assassins sent by KGB boss Krokov (Oliver Reed). Reed is best-known (at least to me) as Proximo in Gladiator, a great turn that he died filming; apparently Proximo was supposed to live in the script. His Krokov is generic, but effective for the light tone of the movie; he’s menacing without ever seeming too threatening. 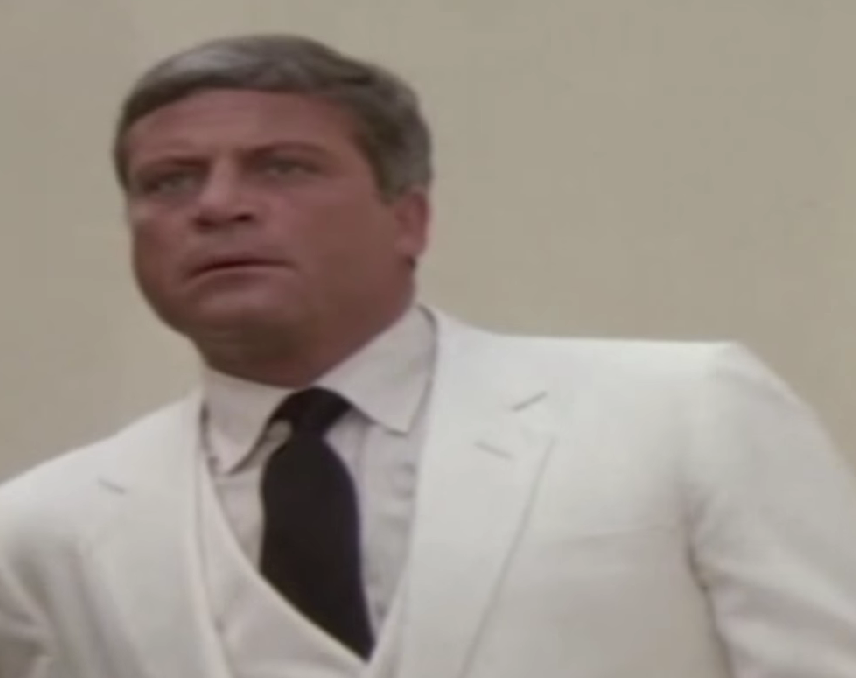 Like I said, the movie is kind of an exercise in wish fulfillment. A regular guy gets his chance to be James Bond, and pulls it off with Bond’s charm, Bond’s taste in women, and even Bond’s gadgets. When Woody and Natalia are in a semi truck trying to outrun a caravan of assassins’ cars, the truck opens up to unleash the weaponized Condor Car. 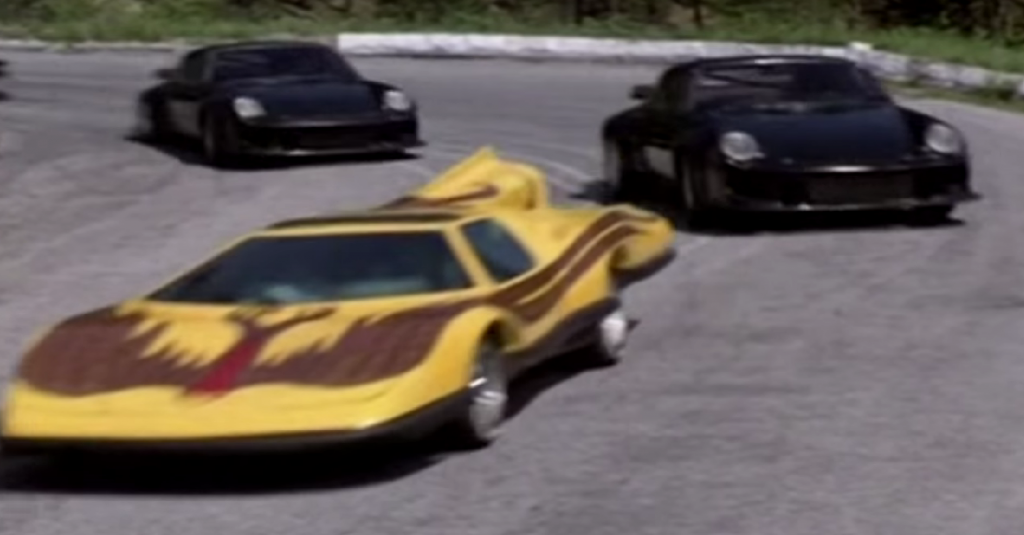 And when that chase leads to a dock, Woody drives it right into the water to reveal it converts into the Condor Boat. 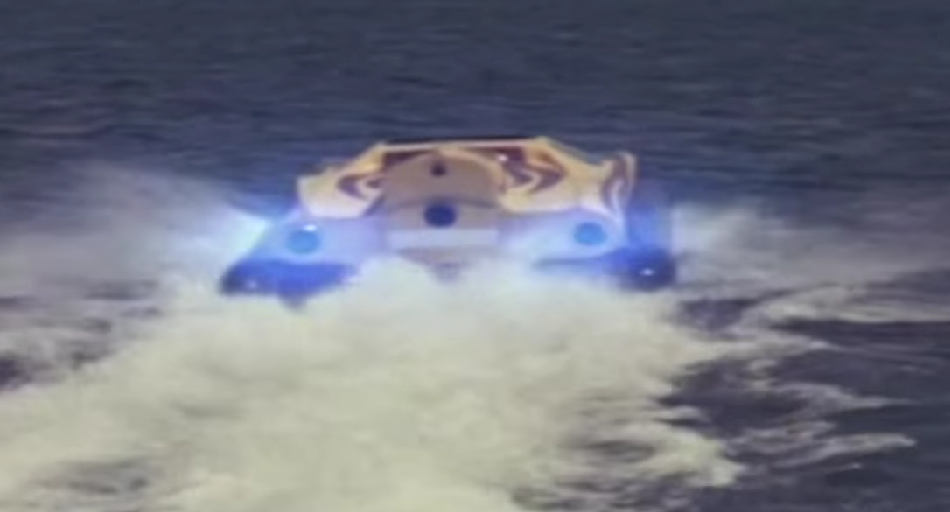 Not to be confused with the Condor Speedboat, used in the climactic fight: 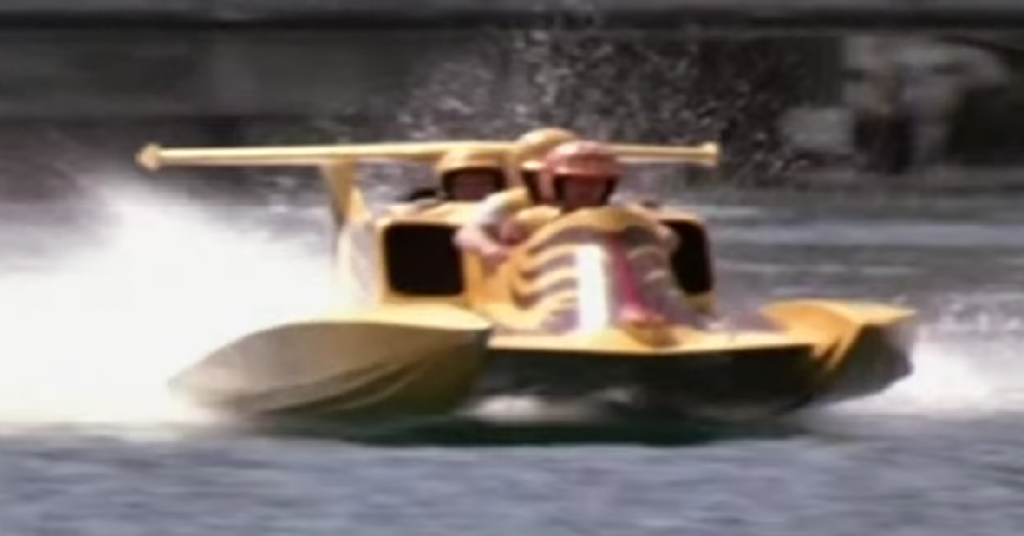 The glue that makes all this delightful silliness work is Michael Crawford’s Woody. In case you aren’t familiar with Crawford, I’ve read he’s best known in England for the BBC sitcom Some Mothers Do ‘Ave ‘Em, which was apparently a big deal there in the 70s. But before watching Condorman, I knew him as the original Phantom in Phantom of the Opera. It was all the more treat to see him dressed like this: 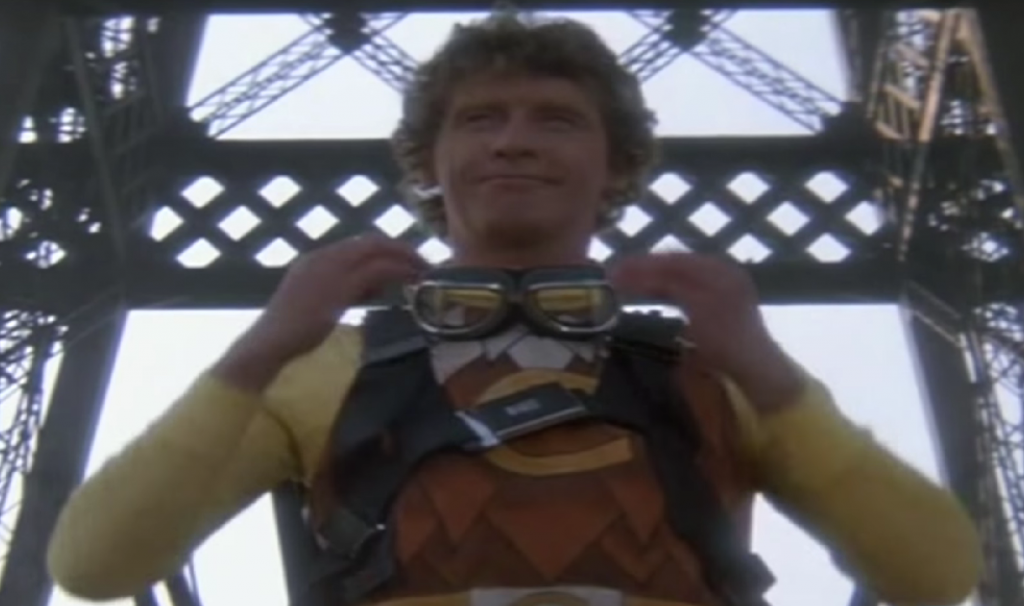 … knowing his voice is such a damn powerhouse:

But as I learned in this movie, Crawford is also charismatic and easy to root for, with looks a little similar to Hugh Grant and a speaking voice that’s nearly Regis Philbin. He spends the vast majority of the movie in regular clothes or a trenchcoat; Condorman only flies in that opening scene and for a dramatic escape near the end. But while not what I was expecting going in, the rarity of these flights actually made them feel all the more special. You never get the chance to get used to a man in a costume soaring on giant wings; it just feels new and exciting. 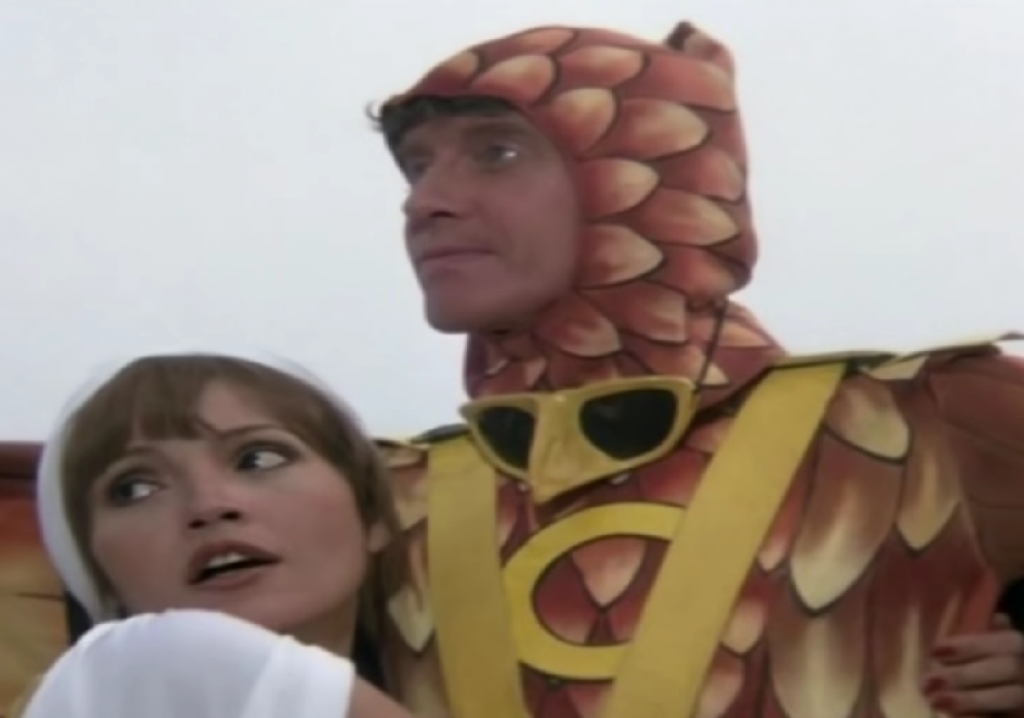 Condorman is goofy, dated, and barely qualifies as a “superhero” movie, but those same traits make it kind of wonderful. It doesn’t try to be anything other than unbridled whimsical fun, taking you back to a kid when you dreamed of beating the bad guys, getting the girl, and maybe even spreading wings to fly.