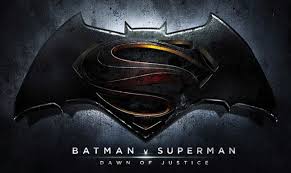 It’s Saturday. Hall H. I made it. Don’t want to talk about the ordeal.

We startin’ with Batman v Superman: Dawn of Justice. Shiiit. We get a brief intro with some gritty concept art.

What do we get? We get a bulked up, beefy Batman, with LED eye balls, very DKR style, turning on the bat signal on top of the rainy Gotham city. Then we see the Bat signal up into the rainy, dark Gotham skyline, with Superman staring back at him, his eyes glowing red. He’s pissed.

Then Ben Affleck, Henry Cavill and Gal Gadot come out, wave, look badass. Then we see the clip again, and the stars and Snyder disappear.

Oh also, they revealed Gal Gadot as Wonder Woman, which I somehow missed at the time: 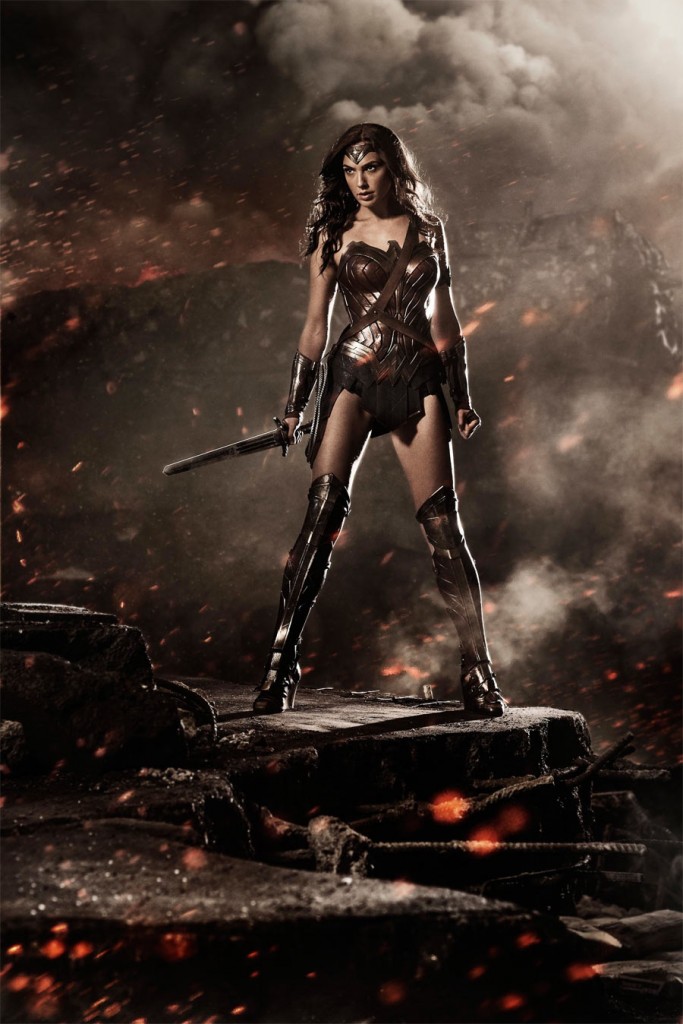 Channing Tatum to the stage to talk about Jupiter Ascending. Tatum will walk on the floor in a mask, says he’ll be Chewbacca. Hardwick suggested he take his clothes off and do Magic Mike cosplay.

Then we get an extended batshit crazy trailer, with a TON going on. So many ships, aliens, so much action. The dreadnought-y ship in particular looks incredible. Channing mentions how wacky the Watchowski brothers are and what weird things they did, and it’s clear everything is happening in this movie, for better or for worse. I’ll say I’m more excited to see it now than I was before, but that’s probably the collective euphoria of us all being here.

Charlize Theron is shooting in South Africa, but does an apology video intro, talking about how she won the lottery to work with George Miller and work on this movie. Then we get a Mad Max revue of the old trilogy, trumpeting George Miller, and telling us to welcome the director to the stage.

We do get to see a quick nugget of Fury Road, with tons of vehicles, drums, and massive rocks in the way of a very large, sandy procession. Looks sweet.

It came off fairly arrogant, but he can do that, and he melts us when he admits this is his first comic-con, and Chris Hardwick photographs him in front of us all to show to his family.

Fury Road didn’t have a script, it had 3,500 storyboards, much like a comic book. Not a lot of dialogue in the movie; they only speak when they have to. That’s pretty awesome.

There’s a Mel Gibson joke about how he literally turned into Mad Max.

George Miller revisited Mad Max because he couldn’t get the story out of his head. Also helped for Tom Hardy to come along.

How has George Miller’s life experience since the last movies informed the new movie? Miller almost doesn’t remember how he made the first movies, working off instinct and gut.

FOOTAGE: We get a very long trailer that displays a beautiful, visually arresting film. Endless number of vehicles, car crashes, Tom Hardy in a mask (as usual), Charlize with black makeup on half her face and perhaps a prosthetic arm, Nicholas Hoult being crazy, a white-haired big teethed villain who looks terrifying. There’s a behemoth of a tornado. Tons of sand. Looks great.

Apparently this is the movie that looks as close to what he imagined in his head.

The film is a chase, and closest to Mad Max 2: Road Warrior in style and content.

Immortan Joe is played by Hugh Keays-Byrne, who was Toecutter in the original films.

Hardwick cedes the stage to something cooler than he is. Hall H is the highlight of his year, and will be back. Farewell Chris!

Hobbit: Battle of Five Armies is up next. We get a clip of all of the movies, and finish with Stephen Colbert in Laketown garb, as one of the Bard’s many spies in the city.

AND…Stephen Colbert is moderating the panel, in his LOTR costume. It’s clear he’s a massive geek for the books and Middle-Earth, and remarks that he wishes he could show video of this to his thirteen year old self.

Colbert unleashes a wonderful soliloquy about Peter Jackson and the first set of movies and how it surpassed all expectations. His only complaint was that the movies were too short.

Clip time. And it’s an incredible never before seen set of blooper reel, with Star Wars references, Colbert’s cut scene in the film, a Ian McKellan/Gandalf strip tease and dance with some white tighties that is probably the best thing the world has ever seen. We see a lot of Ian flubbing lines, Martin Freeman having trouble with keys. It’s hilarious.

Peter Jackson is still working on the movie.

Many have never met, because scenes were separate.

Originally pitched LOTR as two movies: The Hobbit as one, and LOTR has another. Ha.

Colbert points out that Jackson owes them six more movies, becaue he stretched Hobbit to three.

Colbert to Wood: Why don’t you age? Elijah was 18 when he made Fellowship, and as Colbert asserts, is still 18.

Jackson comments that probably everyone in the room knows the ending of Hobbit. Happy to kill off some characters. Films are progressively dark.

What do they wish they could’ve included? Old Forest and Tom Bombadil. Didn’t have casting ideas, but apparently Cate Blanchett was always on their wish list for Galadriel, which is a less cool nugget.

Oh, Graham McTavis/Dwalin is here too. He argues the whole journey is about finding a female dwarf. Feels outnumbered by elven compatriots on the panel. Graham is 6’3”. Some dwarf.

Luke knew how to shoot a bow before he got the role, but got intense when he arrived on set.

Apparently Cate played Bard the Bowman in a high school production of The Hobbit. PJ promises Galadriel loses it in the next one, and gets to kick Sauron’s ass.

Stephen Colbert and Philippa Boyens did a trivia duel, and Colbert won. Colbert’s wife told Philippa afterward that it was the best day of his life. Colbert unleashes the Goldberry poem and is slaying.

When Colbert, wife and two kids went to New Zealand, felt like he should never leave.

Elijah Wood has still never read the books. Colbert asks if he knows how to read. He did read The Hobbit as a kid.

When Evangeline Lily read the books as a kid, she was in love with the story and loves Tolkien. She stopped Return of the King 25 pages shy because she never wanted the story to end, and she still hasn’t read those pages. Kinda awesome. Colbert: You’ve never looked more attractive. Totally.

Serkis thought he was going to go back to normal acting after 2003, and then Jackson asked him to play King Kong. Changed everything. Colbert calls Serkis the Lon Chaney of the digital age, which is a fantastic reference/good call.

Then we get the world premiere of the teaser trailer, and it’s wonderful. Has a great song (Enya?), some Galadriel/Gandalf lovin’, Smaug destruction, the armies coming together. It’s now released:

Apparently Cate didn’t wear underwear, because that’s the elf thing to do.

Hoping to do a LOTR museum some day, been holding onto the stuff/costumes. Um, cool. Jackson has many of the sets in warehouses, like Misty Mountains, Minas Tirith, etc. Wants people to see them some day.

Lily: I know how sexy a big, pointy ear can be.

There’s an awful question about where they would go in Comic-Con as they’re characters. Andy Serkis saves it because he answers it in character, debating between Smeagol and Gollum, revealing that he wants to go back stage with Stephen Colbert and figure out what’s in his cloak. It’s bliss.

Apparently there are a few scenes that have STILL not been seen on the Extended Edition LOTR movies.

FAN CONTEST: Get trip to New Zealand to see Middle-Earth, the movie before everyone else with Peter Jackson. Um, sign up: TheHobbitFanContest.com. 75 winners, with a companion. Announce two winners on the spot right now, so down to 73.

After screening the trailer again, Chris Hardwick arrives to take another photo, this time with Stephen Colbert. His twitter is gonna explode.