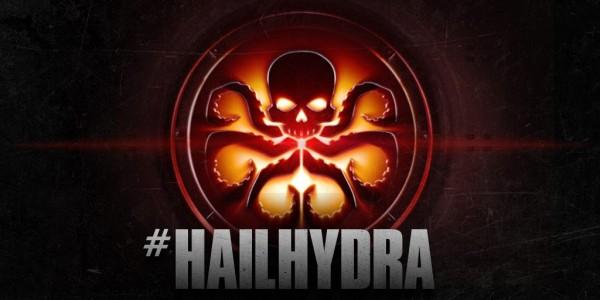 Plans don’t always go accordingly, but sometimes, it’s for the best. I succumbed to sleep and ended up avoiding massive lines in Hall H, and now find myself in Ballroom 20 for the Marvel TV panel. Agents of S.H.I.E.L.D. and Agent Carter and maybe…Daredevil or Netflix stuff? I’m stoked.

With news that Lucy Lawless is joining AOS, I’m hoping we learn who she is going to play (Brand? An Asgardian badass?), and hope she shows up.

Marvel’s brand is up on the screen, dramatic ominous music is playing…is Hydra among us? Or is this stalling tactics? Still waiting, after seeing someone’s desktop on the screen. Amateur hour.

Jeph Loeb is moderating the panel. He be the head of Marvel TV, and EP of Marvel’s Agents of SHIELD. Loeb promises us things nobody else gets to see, and thanks the world’s greatest fans. Drink whenever someone says that, and you’ll be hammered.

We’re getting lanyards. Any day you get a lanyard, it’s a good day.

Over the course of the season, we learned to trust no one. Thanks to a little organization called Hydra. Loeb unbuttons his shirt and reveals the Hydra shirt. Sexiest thing you’ll see at the Con.

Before SHIELD, there was Agent Carter. The showrunners for the show are coming out, Michelle Fazekas and Tara Butters (Resurrection) as well as the pilot’s writers Stephen McFeely and Christopher Markus (they also wrote Captain America 1 and 2). Louis D’Esposito, director of the One-Shot, is also in attendance.

Fazekas and Butters are apparently running Resurrection and AC, which seems kinda nutty, a large task. Hopefully they can handle it.

Markus: Show is opportunity to mine rich playground. Wasn’t able to in Captain America: The Winter Soldier because of the time jump.

We’ve seen Agent Carter for about 40 minutes total in the two movies and the One-Shot. She’ll equal that with the pilot.

Atwell: Still so much to explore (duh), a lot of adventures. She mentions “powers,” but I don’t think she means it literally.

Loeb: They have not started shooting, but the Writer’s Room is going to open soon.

We get a sneak peek: “Welcome to the SSR.” Awesome old school eagle logo.

Will Dominic Cooper return as Howard Stark? “That’d be fantastic if that could happen.”

Only questions have been from Agent Carter cosplay…until a female Winter Soldier comes up and gives me a boner. Atwell considers it a privilege and honor to play a strong woman.

Now it’s Agents of SHIELD time. We get a splendid recap of the show’s first season.

Lineup: EP Jeffrey Bell, Jed Whedon and Maurissa Tancharoen (showrunners), FitzSimmons! (Elizabeth Henstridge and Iain de Caestecker). Chloe Bennet in a shocking pink dress (sips for nips). Melinda May AKA Ming-Na Wen, who gets the biggest applause, kills in a Marvel shirt. Brett Dalton rocks a Hydra shirt, with some sexy stubble. Clark Gregg gets a standing ovation, and wins at life. Most of this panel is cheering and introducing people.

Fitz was completely heartbroken about the subject of Grant Ward’s betrayal. Iain can’t even talk about it.

Henstridge: great to be back. Know what to expect…kind of. Psyched to have a new family and the fans.

Will Skye be more involved with SHIELD? “I think so…” She still ships SkyWard. It’ll take a long time, so until then, she’s really okay with Skimmons. Me too.

What was it like being told you were Hydra? “A bit of an emotional roller coaster that day.” That Friday night, shoot a Dalton and Ming-Na fight, then was told in the meeting, and jaw drops. “But I got to work with Bill Paxton…It was quite a turn, but I’ve embraced it wholeheartedly.” Apparently was on board very quickly. “Turned the sexy up” when he became bad, according to Maurissa.

What was it like to become the Director of SHIELD? Agent Coulson, Director Coulson and Clark Gregg have been merging. All voices in head said “Squeeeee.” “I think you know what I mean.”

-Lucy Lawless will be on the show. She’s playing a long-time SHIELD veteran. May have a knife on her side. Her name is Isabel Hartley, and you’ll be seeing her pretty soon. Sounds like an original character.

-Lance Hunter of S.T.R.I.K.E. is joining the show. British actor Nick Blood is cast. Not a SHIELD agent, he’s a mercenary. Coulson is reaching out everywhere he can…and finds this young man, and helps with the team.

-AWESOME. A/The Big Bad is Reed Diamond (Dollhouse, Much Ado About Nothing) will be playing Daniel Whitehall, a legendary Hydra agent.

-Yay Bloopers of SHIELD. A lot of dancing, laughing and merriment.

-Kid with “one liners for days” and Coulson’s big gun. Kid Coulson!

-How will rest of team react to Ward’s redemption? Elizabeth: “Terrible.” Fitz (Caestecker is too hard to spell): “Yeah.” High-fives Ward. Bennet: “I don’t know…he’s really hot as a Hydra agent…better than SHIELD. I’m going to say no.” Ming-Na: “As long as he keeps taking off his shirt in front of me.” Dalton doesn’t get to answer. Gregg: “I don’t feel good about it, but maybe if he bought Fitz a monkey.”

-Any chance of seeing Deadpool? Um, NO. “He’s over in that other universe.” He asks this question every year, apparently.

-How would Chloe feel about being Jessica Drew? She gives no real answer other than excitement. Apparently her identity is a fun guessing game on set, she has no idea. Finds out stuff right around the same time as us.

-Brought into trailer to see secret/new pages: “It was really cool…but also very sad.” (Gregg). Got us excited for the show, especially after watching Winter Soldier. Apparently Ming-Na and Chloe kind of cried. Chloe freaked out about kissing him; “I slept with him” (Ming-Na). Dalton: Didn’t get to work with these lovely people as much, but again, loved running around with Bill Paxton.

They started shooting AOS’ second season YESTERDAY. But we still get an awesome tease, which involves Patton Oswalt as Billy Koenig stressing the importance of our security lanyards. It’s a funny/clever bit…and then his “brother” Sam Koenig, A NEW ONE, pops in, and mentions another brother receiving a phone call from Bobby Morse (presumably not the actor from How to Succeed in Business Without Really Trying and Mad Men). He had a codename that I totally missed over the applause/cheers, but it sounded like Marky Mark; could’ve been a joke, or could’ve been someone famous I totally missed (how helpful). Apparently whoever s/he is, is in (I want that to mean Maria Hill). EDIT: Bobbi Morse is exactly who he said, I was just an idiot. I’ll admit, I have a blind spot when it comes to MOCKINGBIRD‘s real name. But this is awesome. We get someone with powers, someone with ties to the larger universe (Hawkeye’s beau), and another badass chick. I’m slightly concerned about Triplett’s spot on the squad, since it sounds like we’re adding two more members to the squad, and B.J. Britt wasn’t in attendance with everyone else, but I think I’m being as paranoid as Koenig is about lanyards. Koenig mentions that they have secret weapons that we’re familiar with that should help in the fight. 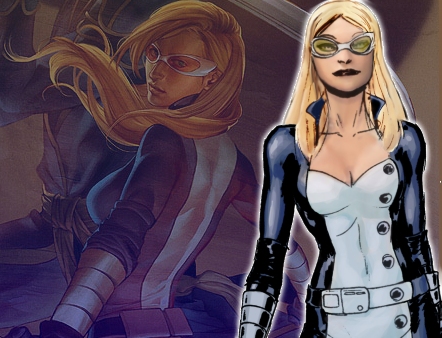