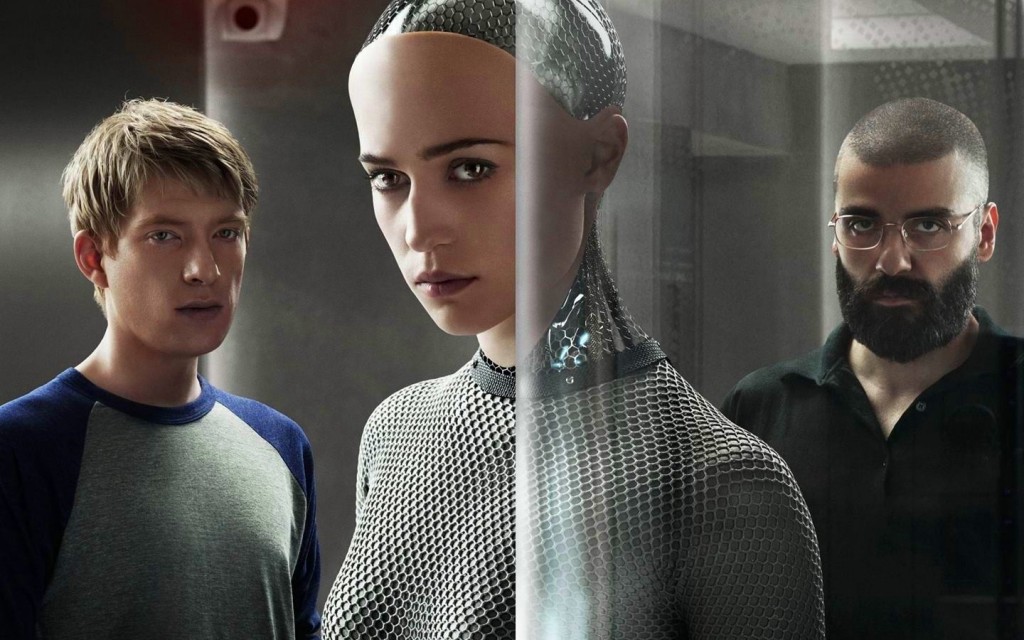 The notion of artificial intelligence has been fodder for science fiction films since 2001, but it’s unsurprisingly become the topic du jour in cinemas as the real world comes increasingly close to achieving it. So far it’s been a mixed bag, with Her, The Machine, Chappie and Transcendence, and the Avengers haven’t fought off an army of Ultron’s yet, and another Terminator has yet to combat poor spelling and mind-numbing plotting.

Thankfully, Ex Machina is a lot more simple, and thanks to writer-director Alex Garland (Dredd, Sunshine), it’s sleek, stylish and beautiful. It’s also not as clever as it thinks it is, filled with mostly recycled bumper sticker philosophy. 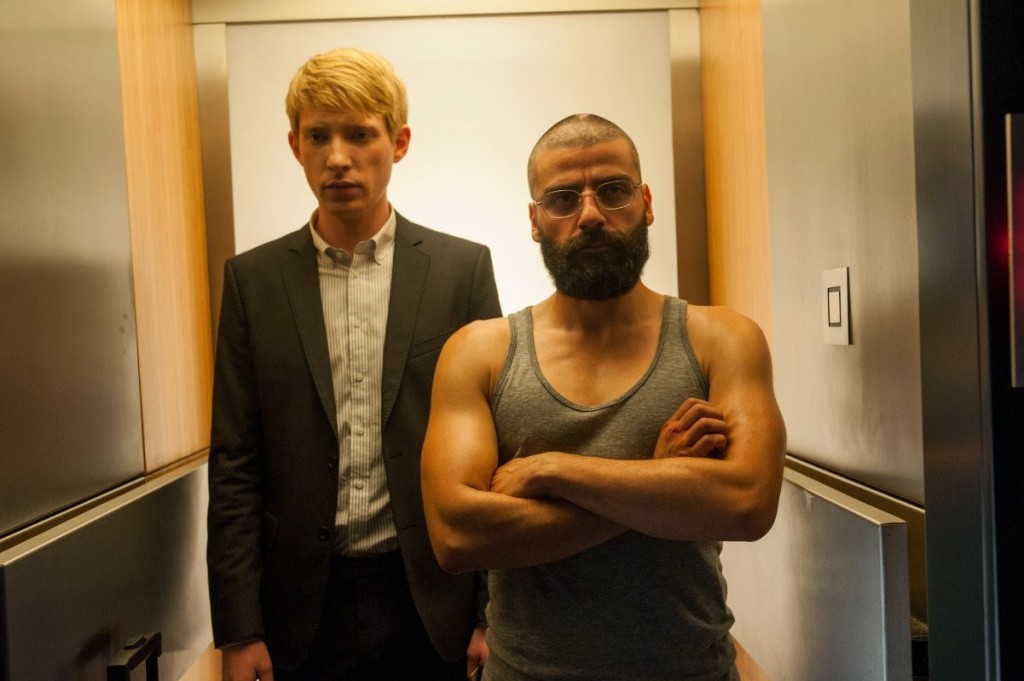 But it mostly doesn’t matter because Oscar Isaac is endlessly entertaining. There isn’t another actor like him. Here he’s Nathan, a charming and dangerous egomaniac, often in the same breath, a secluded billionaire genius who gets hammered nightly and is annoying enough to be hitting the punching bag every dawn. You almost wonder if he’s the machine, because this is an actor operating on a frequency different than mere mortals, his energy and magnetism off the charts.

Isaac finds himself opposite his future Star Wars Episode VII costar Domhnall Gleeson, imbuing Caleb with his increasingly recognizable brand of awkward. Caleb won a lottery at work, selected at random to take part in a top secret study with Nathan, the head of Bluebook, a Google-like search engine. When he arrives in what is probably the most beautiful place in the world*, Nathan dumps a truckload of crazy on him: Caleb is to be the human component in the Turing Test (first realized cinematically in Blade Runner), to determine whether Ava (Alicia Vikander, about to blow up in The Man From U.N.C.L.E., probably not literally) has Artificial Intelligence.

*There’s waterfalls, forests, snowy mountains, the sparkling sun, a wallpaper-like background that violently juxtaposes Nathan’s empty bunker; each vista practically asks why we need to create AI when we live in a world where something this gorgeous exists, or it makes us wonder if it’s just another layer of Nathan’s programming, because it’s that perfect.

Over the course of a week, Caleb meets with Ava, and of course, he’s smitten with her, because sexy naked female robot. There’s an inkling that we shouldn’t sexualize robots, that we’re entering dangerous territory, and perpetuating stereotypes and male hegemony (you don’t see any sexy naked male robots in this movie), but Ex Machina does it anyway.

It doesn’t take long for Ava to warn Caleb that he can’t trust Nathan, something that might as well be blinking in bright red flashing lights every time you see him before she warns him. The real question is if Caleb can trust Ava.

There’s nothing too surprising about what happens, except by however Isaac is going to deliver his lines, but Ex Machina is fascinating and engaging to watch anyways. It helps that there’s a mesmerizing, hilarious and awesome dance scene with Isaac and Kyoko, his comically sexualized mute assistant, which is in the running for my favorite scene of 2015.

I love the frank discussions of technology; that yes, “you can fuck her.” That Isaac is practically telling the audience not to think too much when he admonishes Caleb for trying to poke holes in his AI or in the Turing Test, as if he knows that there isn’t much substance to Ex Machina’s sci-fi soup. The glimpses into the technology that we do see, that Ava was modeled after a search engine, is fascinating. For Ex Machina, AI is art, that it won’t be achieved with rational thought, but by the blind whims and brush strokes by a technowizard Jackson Pollock. Art, creativity and abstract expressionism is what unlocked AI for Nathan. Like Pollock’s art, Ex Machina is flashy, fun, crazy, chaotic, and probably a mistake to spend considerable time investigating any deeper meaning.