First of all, we want to thank everyone who participated in Muppets March Madness throughout the tournament. We had a few hundred votes, and the final round was decided by just two votes. We had a lot of fun doing this, so much so that we’ve decided to keep doing these tournaments; if the real March Madness can last til April, why not make our tourneys year-round? So next Monday, April 14, we’re starting a new tournament to decide the greatest Harry Potter character of all. Be sure to join us then; it should be a blast.

But for now, it’s time to give you what you came for: crowning the champion of Muppet March Madness. As determined by you, the voters, the greatest Muppet of all is: 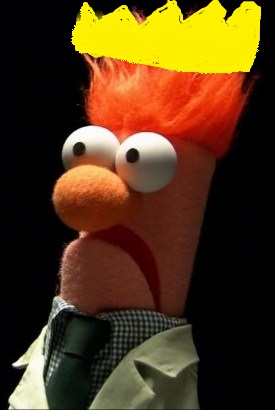 When we began this tournament, most of the opening round matchups were blowouts, with almost all of the favorites advancing. So we were thrilled to see how close the voting became as we went along. The championship round had the most voters of all. Beaker looked to be running away with it, but Animal had an incredible final 24 hours of voting and came within a hair of stealing it.

But this was Beaker’s tournament all along. I’ve always loved the character, but it was fascinating to learn how strong his following really is. I set the tournament up to stage a likely Bunser vs. Beaker matchup in the Sweet Sixteen; I expected to Beaker to win it, but thought it would be fun and close. When Beaker took that round unanimously, I began to realize just what a juggernaut we might have on our hands. He then proved too much to handle for both Fozzie and the duo of Statler & Waldorf en route to this championship round. In the end, we learned that it’s Beaker’s world; we’re just living in it.

So here are our final tribute videos. For our winner, the logical choice is his instant classic Ode to Joy video; you can watch the original 1 minute, 40 seconds version here. But I recommend instead going for this looped version lasting over 9 minutes. Somehow, IT ONLY GETS BETTER.

For our runner-up, Animal, it was a strong run as well. He defeated his band leader, Dr. Teeth, then squeaked by the bracket’s Cinderella story, Rizzo the Rat, who was fresh off the Miracle on Mice, and Swedish Chef. His tribute video was a tougher call between several choices, but since I went long for Beaker, here’s a short Animal vid featuring his brilliant song recovery upon learning it wasn’t the host’s birthday:

And so, that’ll do it for Muppets March Madness. Congratulations to Beaker, and thanks again to all our viewers and voters. Here was the final bracket: 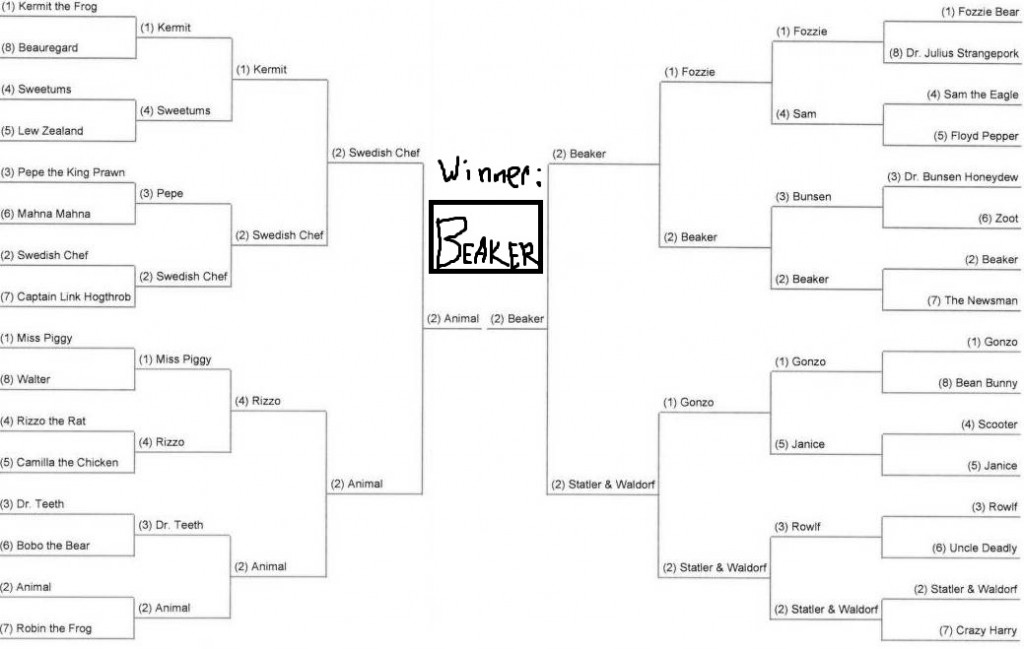