For many in my generation, HOOK is a seminal film, perhaps outstripping even Disney’s original animated tale PETER PAN (1953). To film experts, it’s mostly reviled, or a love/hate affair. When you grew up in the 90’s (or consuming its many delectable treats), it’s hard to fathom anyone ever having a negative word to say about HOOK, but like fairies, they do exist. It’s got a 31% on Rotten Tomatoes after all, and is considered one of Steven Spielberg’s biggest duds.

But for many of us, the Academy can keep SCHINDLER’S LIST; we’ll be too busy re-watching HOOK all over again, crowing and Ru-Fi-Oh-ing to care. The film was envisioned as a sequel to J.M. Barrie’s PETER AND WENDY, positing Peter Pan after he’s all grown up and forgotten the thrills of Neverland, and his most fearsome nemesis: Captain Hook. The script came from James V. Hart and Malia Scotch Marmo, which I originally only included because Malia Scotch Marmo is an awesome name. She also co-adapted Michael Crichton’s JURASSIC PARK with David Koepp, so clearly she has some chops. James V. Hart followed up HOOK with his own children’s book in 2005 called CAPT. HOOK: THE ADVENTURES OF A NOTORIOUS YOUTH, a prequel about the crocodile fearing Captain’s adolescence. He also wrote MUPPET TREASURE ISLAND, so clearly he loves pirates, and is a genius (SAHARA, AUGUST RUSH and EPIC not withstanding). I’d say that the world of Peter Pan is all he’s got, but he also wrote CONTACT and BRAM STOKER’S DRACULA and is far more successful than I’ll ever be.

HOOK is pretty ridiculous; and it only gets crazier the older the movie gets. Robin Williams, the hairiest man alive, plays a grown up Peter Pan. He’s no longer fun or a kid, so in many ways, the mission is for Peter to become a lot like the character in JACK, when Robin Williams is a 5th grader in a 40 year old Robin Williams body and banging Jennifer Lopez (no wonder that movie is so friggin’ disturbing). Dustin Hoffman as a Rollie Fingers-like mustachioed Hook (because David Bowie turned the role down) who says lines like “To a ten year old, I’m huge” (which is a. creepy and b. hilarious since Dustin Hoffman is about 4 feet tall)? Julie Roberts as Tink? Glenn Close foreshadowed her Oscar nominated role as Albert Knobbs (in the aptly titled film ALBERT KNOBBS) as the “pirate shut in the chest with a scorpion.” A heavily made up Maggie Smith was Granny Wendy…who now kinda looks like what Maggie Smith looks like today (if she was in GANGI). It even has (the) Phil Collins as Inspector Good, and he doesn’t even break out into song. For all of these reasons and more (there’s a reason every single pop song has a line longing to be “forever young”), HOOK is a perfect nostalgic drinking game. And, since we can’t prevent ourselves from getting older by following the second star on the right, straight on till morning, at least when we drink enough, we can revert back to being a stupid, helpless child for a night. It’s just what J.M. Barrie would’ve wanted. 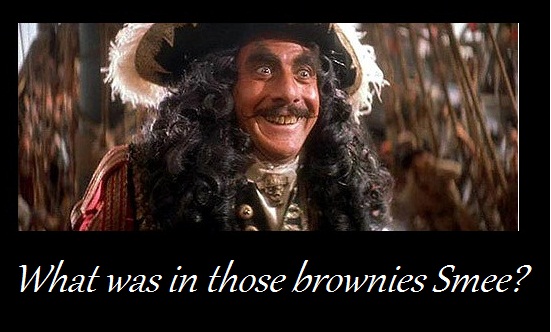 1. Drink every time you see a watch or a clock. Each separate watch/clock counts. I’d double it for the Crocodile Clock Tower (or, Croctower).

2. Have a sip whenever someone screams “Bangarang”! This could include those in the audience cheering on the Lost Boys.

3. Drink if anyone in the room mistakenly thinks Robin Williams’ character is named Peter Panning (so I guess keep this rule a secret). No, it’s hilariously Peter Banning. Subtle. 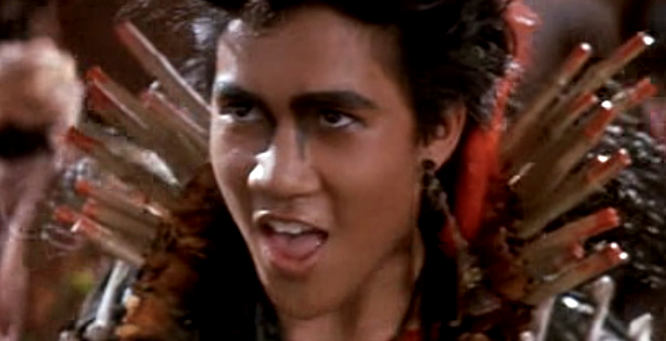 4. “Looky looky, I got Hoochie”: Drink for every Rufio chant. If you’re not crying when he wishes Peter Pan was his father, you’re either stone-hearted, or realized Robin Williams was a terrible Dad throughout the entire film. Also, watch this if you wanna get sad about Dante Basco’s “career”:

5. Take a sip and exalt in happiness and glory whenever Raushan Hammond’s Thud Butt smiles. Thud Butt’s smile is one of the purest pleasures in life.

6. Waterfall for however long Thud Butt is in “bowling ball” mode. 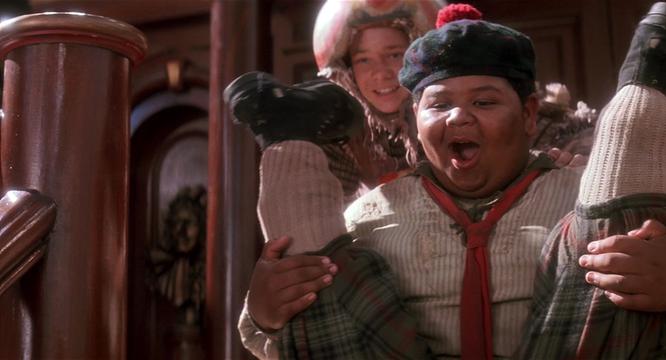 7. Drink any time a character crows.

8. Finish your drink whenever a fairy dies.

9. Drink for every over-the-top (Peter’s afraid of flying!) to subtle (check out his immense shadow when he’s about to blow up at his kids) reference to Peter Pan and his Neverland origins.

10. Drink when you realize Gwyneth freaking Paltrow is young Wendy. There’s probably a joke in here somewhere in the fact that she plays a young Queen Elizabeth and Dame Maggie Smith…is British and not Dame Judi Dench.

13. This isn’t a rule, but when we learn that Peter Pan’s origin story involves his parents leaving him in a bundle floating on the river…it’s clear that in an alternate universe, when Peter Pan grows up, he becomes THE PENGUIN!

Alright, that’s all for now. Until the inevitable RUFIO movie that absolutely needs to happen, and would break box office records if so (or at least it would if James Cameron was directing it in the ENTOURAGE movie).

LOSE YOUR MARBLES VERSION: Drink every time someone says Hook. Seriously, don’t try this at home, or anywhere, or you’ll be saying Toodles to your sanity, and the cleanliness of your carpet.

EXPERT VERSION: Don’t buy any beer at all, and just “imagine” there is booze in front of you. If you pull this off, you’re either God, or a psychopath. I want you at my party either way. 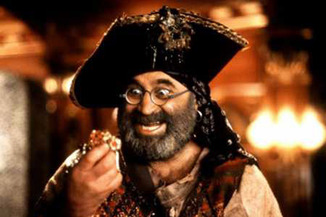