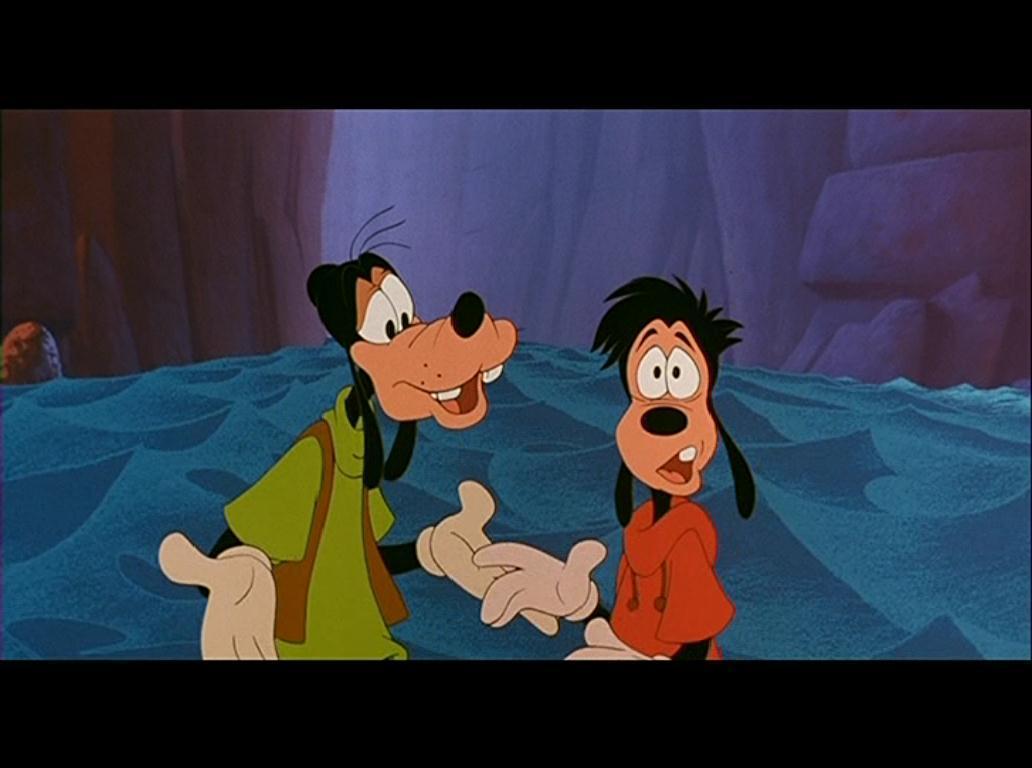 I’ve already delved into why A GOOFY MOVIE is one of the most important films of my childhood, and ever. So instead, I’ll talk about how I bastardized another one of my youthful favorites, when a group of friends watched the 1995 Disney classic A GOOFY MOVIE over far too many beers. This one came after FLUBBER, so we already weren’t on our right minds.

But first, a little unnecessary background. A GOOFY MOVIE was Kevin Lima’s directorial debut. He parlayed the job into three other big Disney films, including TARZAN, 102 DALMATIANS and most recently, ENCHANTED, permanently etching his name in the annals of the Disney greats. That’s definitely hyperbole, but whatever. 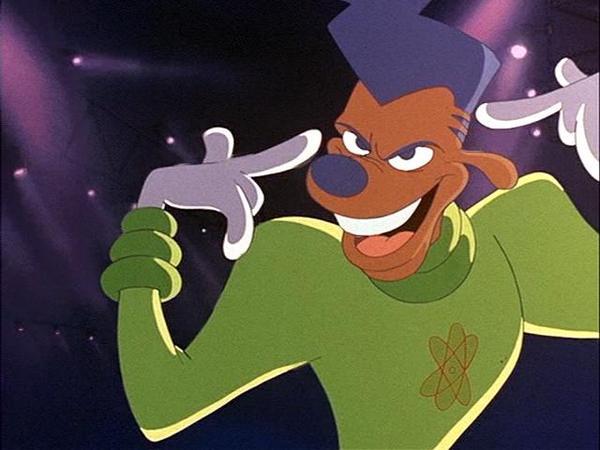 Bobby Brown, yes that Bobby Brown, was the original choice for Powerline, the hip young pop star that Max Goof emulates and is essentially an unholy amalgamation of Michael Jackson and Prince. Because of his drug problems, he was replaced by Tevin Campbell, whoever that is.

A GOOFY MOVIE features the last role from the late, great Pat Buttram, as the Possum Park Emcee, a small role that proved unforgettable/disturbing to me as a child. The Possum Park is wholly horrifying. Evidence: 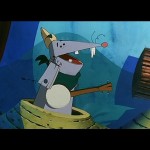 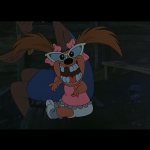 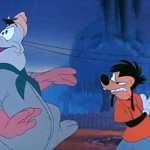 Pat Buttram was one of the great relics from Hollywood’s golden age of Western obsession, a night permanent fixture beside Gene Autry, and appearing on the ED SULLIVAN SHOW frequently to perform stand-up. He also was on GREEN ACRES and a slew of other shows that your grandparents adored. But due to his indelible voice, he made his mark on Disney, performing in FOX AND THE HOUND, THE RESCUERS, ROBIN HOOD and THE ARISTOCATS, among others. He also had minor roles in WHO FRAMED ROGER RABBIT and BACK TO THE FUTURE III. In other words, he’s incredible. Pat is the saloon old-timer on the right in this clip. 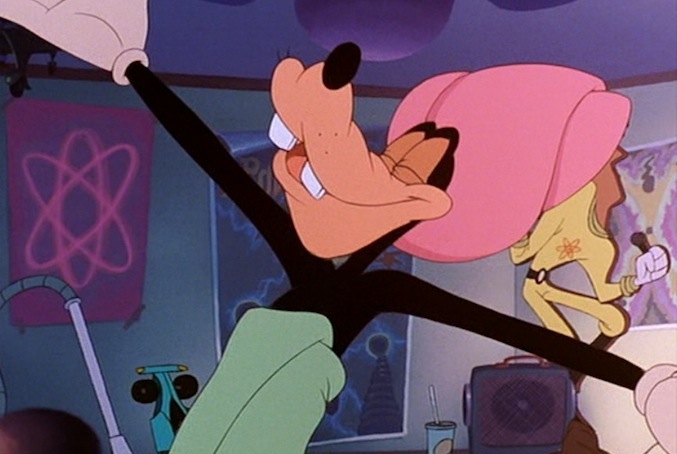 There’s not much else to say about Bill Farmer, the titan of voice acting, than to say no one else can voice Goofy like he can. A GOOFY MOVIE gave him the spotlight he deserved, and he didn’t disappoint. The film also has Wallace Shawn of PRINCESS BRIDE fame, Julie Brown (THE MIDDLE) and one of the original Disney Channel stars Joey Lawrence (BROTHERLY LOVE).

Finally, Roxanne is one of the sexiest Disney love interests ever, perhaps topping the list of non-princesses. 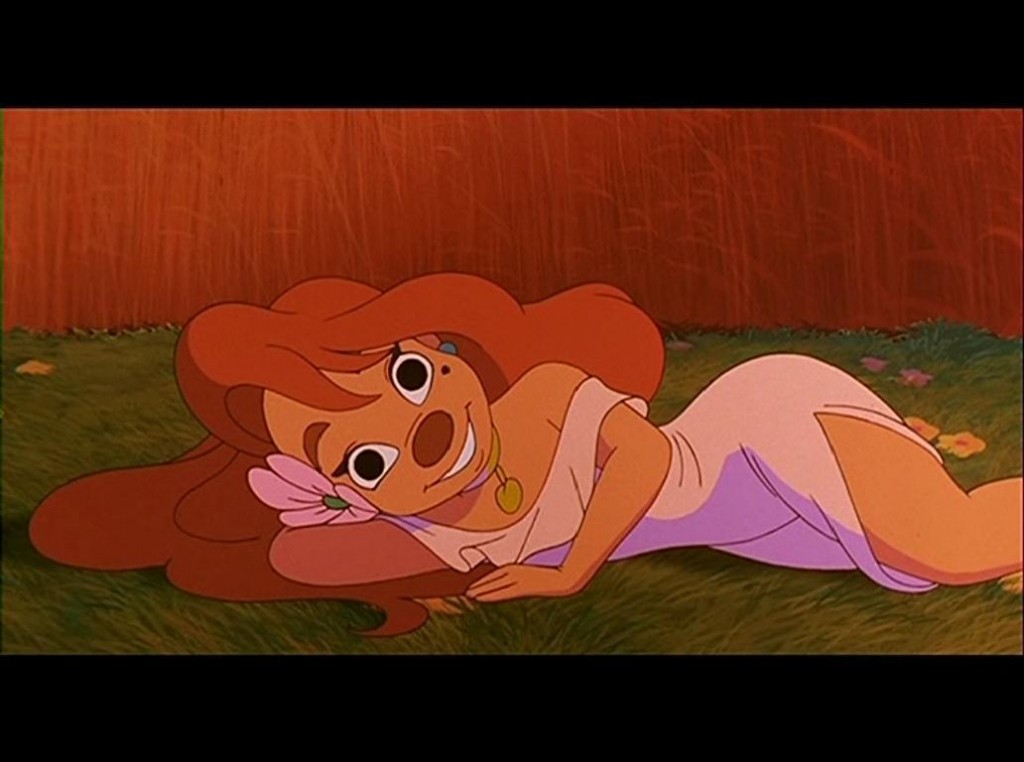 The film also has plenty of opportunities to drink, so have at the rules. As always, stay safe, don’t drink and drive, and don’t be an idiot. 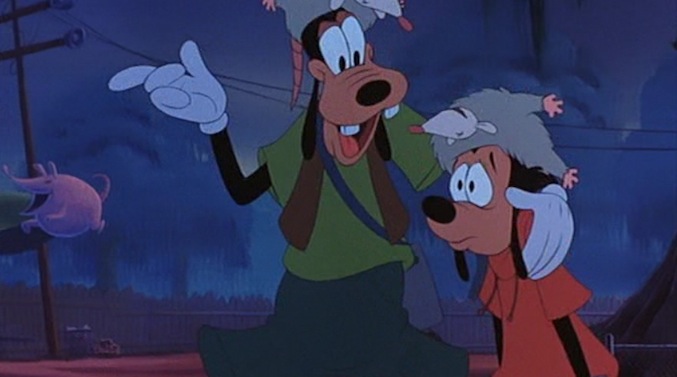 1. Whenever Max wishes that he wasn’t with Goofy, or is horrified to become like Goofy, drink.

2. Sip whenever Pete yells at PJ.

3. Drink whenever Goofy laughs and/or falls over. Double it if he does the Goofy holler “ah-ha-ha-hueeeeyyy” noise as he falls to what would be certain death if it wasn’t a cartoon.

4. You must toast whenever Goofy says/yells/a-yuk’s “Maxie”

5. Drink for every song. 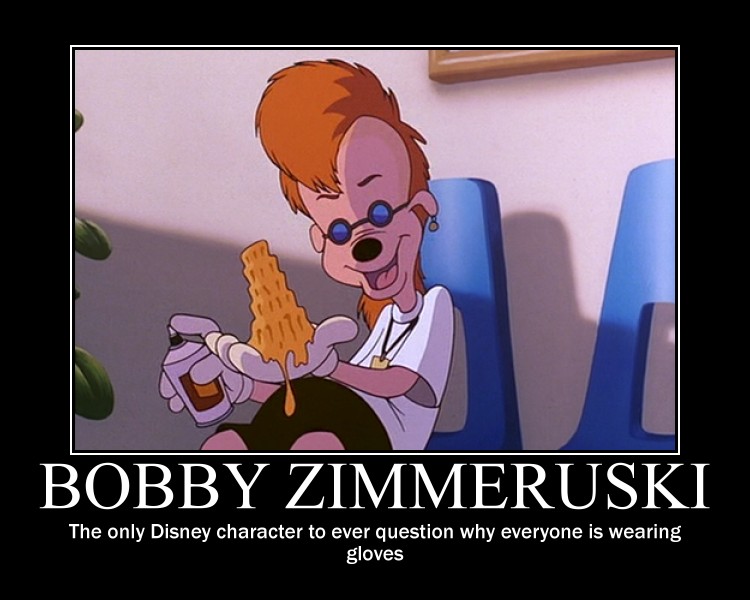 6. Waterfall while Bobby Zimmeruski eats the leaning tower of Cheeza. Drink again when you realize Bobby is voiced by PAULY SHORE.

7. Drink for every heartwarming father and son moment.

8. But also drink whenever Maxie is a complete dickhead to his dear ole Dad.

9. Drink every time Max or Goofy use the “Perfect Cast” technique.

11. Drink for every time Max accidentally unleashes an “ayuk.”

EXPERT EDITION: Call your Dad after watching A GOOFY MOVIE (whether playing this game or not). If you don’t, drink. 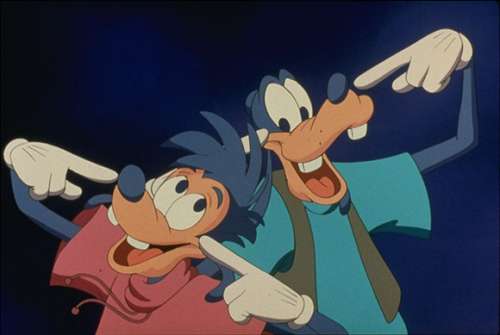