If you’re anything like me, when you hear the words Steve Guttenberg and fire-breathing spiders, you’re in.

Blessedly, the Syfy creature feature and wannabe Sharknado is everything you want it to be.

It has a shirtless, sweaty and self-aware Steve Guttenberg, who not only calls out act breaks, but complains to his agent: “I hate bugs. I can’t be in a bug movie.” Arni, his smarmy agent played by Danny Woodburn, yells back: “You’re in a bug movie!”

It has bad CGI and even worse acting.

It has the world’s most lopsided love triangle between Colton’s son Wyatt, a super cool biker, and Travis, a super annoying biker. 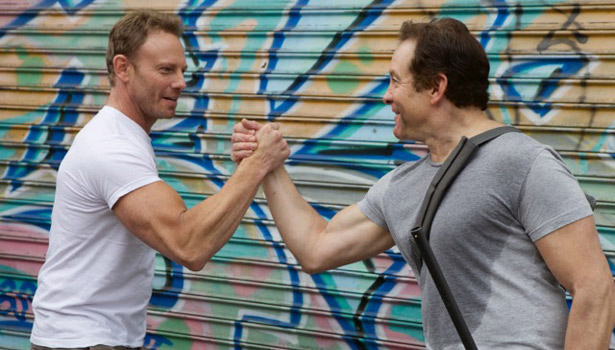 It has a Sharknado crossover that will question your entire existence, and make you ponder the possibility that all of Syfy’s creature features exist in a single cinematic universe that would make Marvel jealous.

It has a Police Academy reunion, teaming the Gutte with Michael Winslow, Marion Ramsey and Leslie Easterbrook, names that will only mean anything to you if you’ve watched Police Academy hung over. 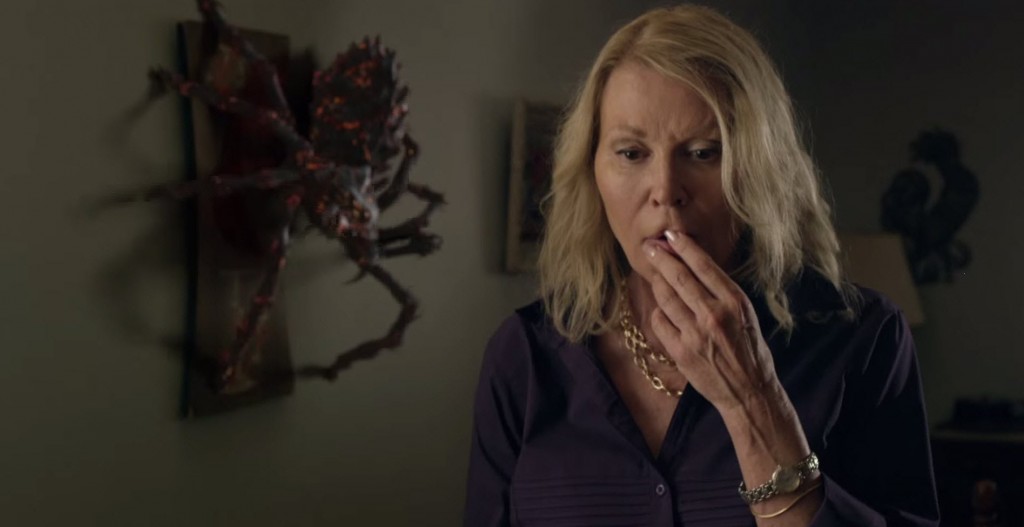 Lavalantula opens with Guttenberg getting a pounding during an interrogation, taking punch after bloody punch from that guy in 24 (Carlos Bernard). We learn that Guttenberg is a former Green Beret, CIA operative, a Medal of Honor winner and the head of the Black Cobra Society (just like in real life). We also learn that he’s none of those things, and that he’s filming a movie. Yup, Lavalantula is one of those. Guttenberg is actually Colton West, a down ‘n out former action star, now known for his criminal record rather than the blockbuster superhero flick Red Rocket.

Luckily for him, and the audience, what’s supposed to happen over a million years happens overnight. Lavalantula answers the age old question that has haunted LA residents: is it possible for LA traffic to get any worse? Yes. All it takes is an ancient volcano (?!) in the Santa Monica mountains (!!) erupting all over the 405, because volcanos and spiders become one or something Mayan, and we’re treated to fire breathing spiders destroying all of your favorite Los Angeles landmarks. 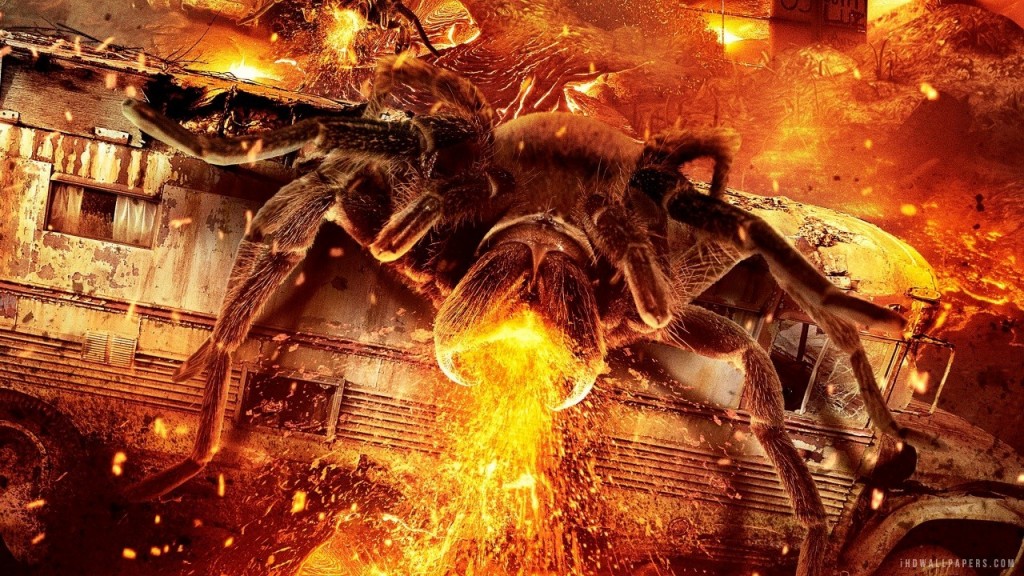 Lavalantula is the right kind of ridiculous for a Friday night with your pals, or for when you’re playing hooky from work on a Monday afternoon. This is a movie that gleefully murders dogs, love triangles and the elderly with equal relish.

At one point, Guttenberg hijacks a StarLine tour bus, breaking the fourth, fifth and sixth wall in the process. Onboard, he meets Sandlot and Mean Green superstar Patrick Renna as Chris, a super fan of Colton West’s.

Yup, it’s everything you wanted.

Syfy fashioned Lavalantula to become the next Sharknado, greenlighting a sequel last summer after its broadcast premiere (with a title of 2 Lava 2 Lantula). There have unfortunately been scant updates since, but one can hope we haven’t seen the last of Sweaty Steve and company.

In the meantime, Lavalantula is available on demand and is out on DVD and Blu-Ray.

Extra Credit: Drink for every tremor.

Disclaimer: Please drink responsibly and don’t drink and drive. Sleep on a friend’s couch or sober up by watching Police Academy 1-4.