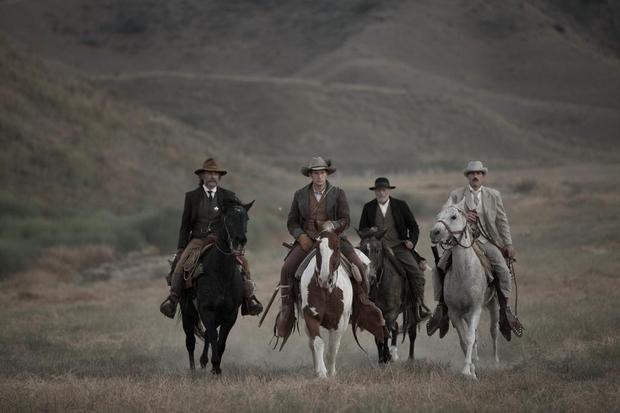 You’d be hard-pressed to find two more misunderstood genres than the horror and western. The former is often (and unfairly) seen as schlock, a cheap studio stunt for cash. The latter is seen as a long since dead genre, a relic of Classic Hollywood, despite Django Unchained, Deadwood, Meek’s Cutoff and titles that owe a debt to the western frontier (Firefly/Serenity). Blessedly, Bone Tomahawk throws the two genres into a blender, and thanks to its impressive cast and ballsy brutality, pulls it off, ushering in the winter of Kurt Russell.

David Arquette’s character, who we find out much later is named Purvis, may as well be called “Mr. Inciting Incident,” as he and horror icon Sid Haig (as Buddy) open the movie robbing and killing (as one does in the West), stumbling on an Indian burial ground as they make their escape (again, as one does). It predictably ends poorly for Buddy, and Purvis manages to escape, seeking refuge in Bright Hope.

He doesn’t get it. Instead, he brings whatever it is that killed Buddy with him. 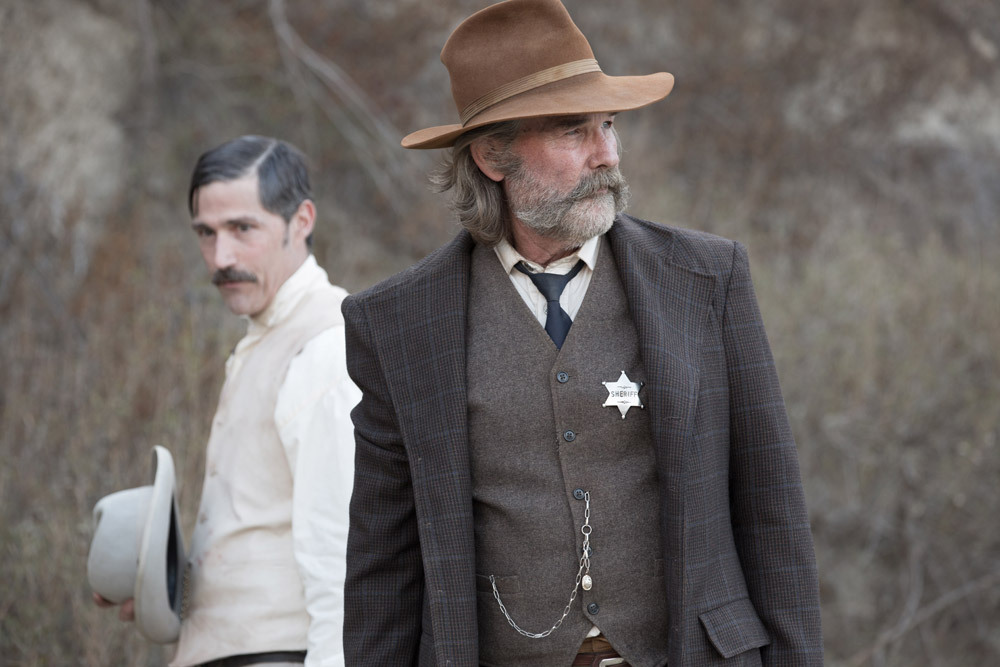 Bright Hope is a small, “civilized” tenement, sparsely populated with some of the best actors in Hollywood. Kurt Russell was practically born with a Sheriff badge emblazoned upon his chest, but he wears one here anyway lest we forget that he’s the moral, upstanding Sheriff Franklin Hunt who will do anything to protect his town.

Patrick Wilson is the stolid, stubborn cowboy with a romantic streak Arthur O’Dwyer, suffering from a debilitating leg injury, his loving wife Samantha (Banshee’s Lili Simmons) there to care for him. LOST’sMatthew Fox is the aptly named John Brooder, an Indian-hating, sharp shooting jerk who loves his horse and spyglass (“the German”) more than anything else.

There are also random appearances by Sean Young and James Tolkan (Principal Strickland), but the true highlight is the nearly unrecognizable Richard Jenkins as Chicory, a doddering chatter box of a widower, acting as Hunt’s back up deputy. This seemingly unnecessary position comes in handy when Deputy Nick (poor, poor Nick), Samantha and Purvis get kidnapped by the mysterious Indian tribe that slightly uncomfortably act as the monsters of this movie.

We learn that these Native Americans aren’t like the rest. They are truly troglodytes, ruthless and dangerous cave dwellers that even the lone Indian in town labels as savages. Because this is a period piece and a western, this fits, and because there’s something mystical and horrific about the cave dwellers, Bone Tomahawk manages to skirt the controversy seen by Adam Sandler’s sure-to-be-terrible-and-offensive Ridiculous 6. Despite being crippled, O’Dwyer joins Sheriff Hunt, Chicory and Brooder on one of those hopeless but not at all hopeless because it’s a movie rescue mission. 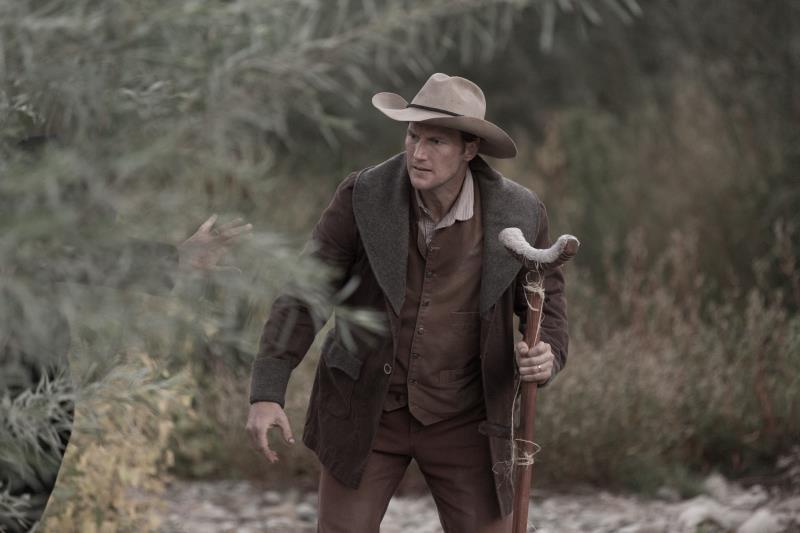 For much of its too-long two hour plus running time, writer-director S. Craig Zahler walks a tight rope. Sometimes, Bone Tomahawk feels like it doesn’t know what it is, with clashing tones and meandering plots often biding their time to make the sudden spurts of gorey violence even more shocking. Yet it works, precisely because we see something Patrick Wilson and I have never seen onscreen, and hopefully never do again. I’m not one to turn away from a movie, but I kind of wish I had toward the end of Bone Tomahawk. Poor, poor Nick.

Nick’s loss is mostly our gain though, as Bone Tomahawk provides an intriguing template for a promising subgenre, though it’s much more western than horror, despite its grisly finish. Thankfully, Richard Jenkins, Kurt Russell and their bickering company provide an entertaining presence inbetween the action.