FAN FRICTION: WHAT IS HEMLOCK GROVE

And why does it exist?

Don’t get me wrong, I’m all about Netflix Original Programming. ORANGE IS THE NEW BLACK is great, though if we’re being totally honest I wasn’t the biggest fan of Season 2. As for HEMLOCK GROVE, maybe it’s because I haven’t read the books, or maybe it’s because halfway into Season 2 of HEMLOCK GROVE I finally gave in and had to google what an “upir” is because it was never actually explained in the show (apparently it’s a half demon/half witch hybrid thing), but something about HG is just wrong. Obviously Netflix must have known it too because they found a way of reversing the decision to give Famke Janssen an atrocious accent, and they worked S02’s storyline so that all the characters basically changed completely over the “few months” that happened between the S01 finale and the S02 premiere.

The show started out pretty intriguing. Roman, an upir, befriends Peter, a werewolf, in the search to find the monster that’s been murdering girls all around their small town. A few other strange supporting characters here and there, but an overall interesting premise. Not quite what you expected it to be (not the shallow high school sci-fi drama you’d find on the CW), but instead something that tried to have a little depth and mythology, albeit not very well explained. The werewolf change was awesome, though.

And somehow, even with a decent premier season the sophomore set of episodes was just catastrophic. After S01’s risqué love triangle between Peter, Roman, and Roman’s blond cousin Letha that he unknowingly impregnated (he was under a spell), S02 tried to make another convoluted triangle between Peter, Roman, and some new random blond chickadee. The writers’ solution to this new love triangle had to be different than last season though, so instead of putting Roman in a coma after a car accident, they wrote in a threesome instead. At least in sex-heavy shows like TRUE BLOOD threesomes are expected and moreover, encouraged, because that’s the nature of the show. HEMLOCK GROVE started to try so desperately to be a mix of THE VAMPIRE DIARIES, TRUE BLOOD, and DAYS OF OUR LIVES that it seems to have no idea what it’s doing, and is leaving the viewers in complete confusion by the end of each episode wondering how we got to where we are, and more importantly: where the hell are we?

But even so, I stuck it out and convinced myself that everything was going to be ok and I could get back into this mess and figure it out… Until the home-grown, genetically engineered girl that popped up was eaten in order to save an upir from dying. How did that work, you ask? Still don’t know. 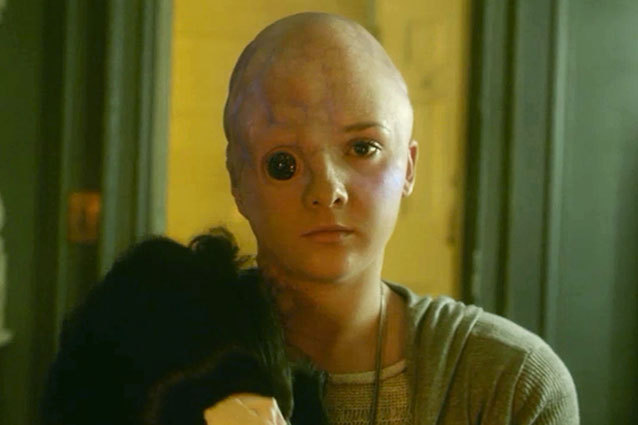 On top of all that disaster, we also have the mystery that is Roman’s younger sister – a deformed non-upir who’s powers of glow-in-the-dark empathy mysteriously vanished between seasons 1 and 2, and who’s consciousness was apparently being transferred into the genetically engineered girl (who’s also blond. The only brunette’s on the show are evil, crippled or dead. I’m sensing a theme here.)

Yet, I was still trying to forgive this show and get back on board regardless of how ridiculous it was getting…. Until the S02 finale when a huge flying dragon-human-monster-no-one-quite-knows-wtf-it-is thing showed up as Roman and Peter’s shared lover was trying to kill herself and Letha’s baby. 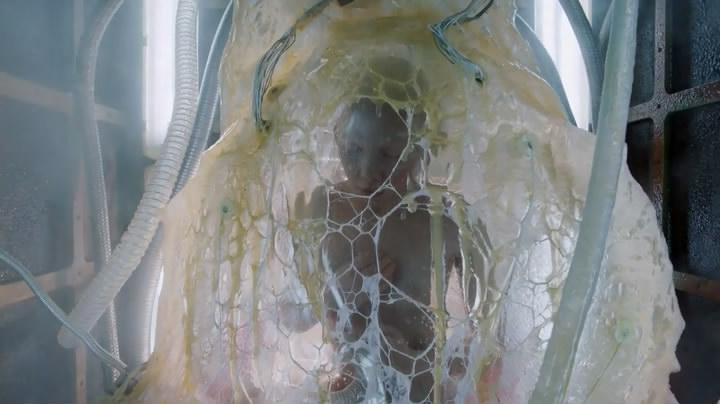 After convincing myself to finish Season 2, I am sad to say that I am admitting defeat and giving up on the show entirely. Know how many shows I’ve done this to in my life? I can count them on one hand and even then, they are not “I will never endure another episode of this poop again.” They are, “I don’t have time to finish”/”Not really invested, will try again later”/”Need to watch at home to catch all the great moments because multi-task-watching at work just isn’t cutting it.”

Fight the power! And the werewolves! And the upirs!

But seriously, what in the hell is an upir?

Tagged  days of our lives, hemlock grove, Netflix, orange is the new black, the cw, the vampire diaries, True Blood.
Bookmark the permalink.