“Earth Girls Are Easy” Is The Greatest Film Of All-Time 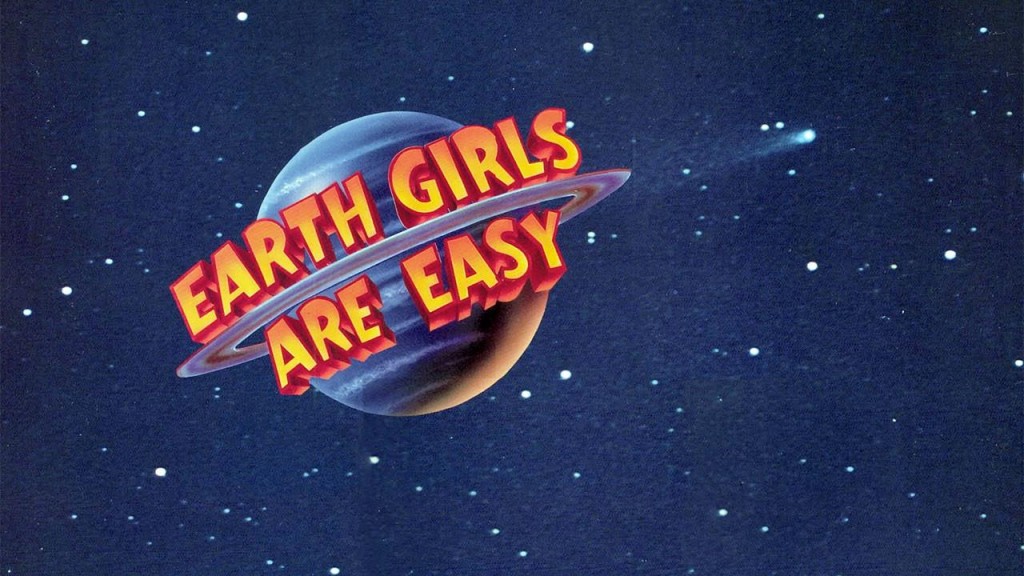 I know what you’re probably thinking.

You’re skeptical; this screams of blog hyperbole. And it most definitely is that, and an excuse to spam Jeff Golblum GIF’s. But it’s true.

Julien Temple’s Earth Girls Are Easy came out in 1988, the year of my birth. I’ve never had empirical evidence that I was destined for greatness until I looked EGAE up on IMDB. Thanks Julien Temple!

For what was a truly wonderful time in human history, Jeff Goldblum was a sex symbol in Hollywood and beyond. Many would argue that, like a fine wine or Friends reruns, Jeff Goldblum only gets sexier with age, that his sex appeal is as enduring and primordial as drunk uncles and cockroaches. But Earth Girls Are Easy has to be the pinnacle of this notion as Jeff Golblum love interest, and in more than a third of that movie, Jeff Goldblum looks like this: 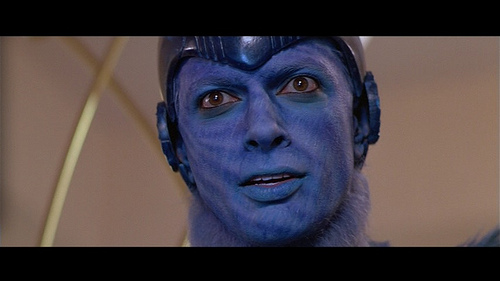 Because Jeff Goldblum, along with pre-In Living Color Jim Carrey and the man who helped create that classic show, Damon Wayons, were furry aliens who land in Geena Davis’ pool, named Mac, Wiploc and Zeebo, respectively. Whenever I become an adult, I’m going to have three dogs and name them all after these aliens (which I think will retroactively take away my adulthood). I’ll also dye them to match:

The film looks like what many people feared Guardians of the Galaxy was going to turn out to be, which clearly, wouldn’t have been a bad thing. The lush colors, fur, gonzo humor and its MTV music video heydey love of music, are clearly echoed in James Gunn’s Guardians of the Galaxy (there’s probably a Collector cameo in Earth Girls). 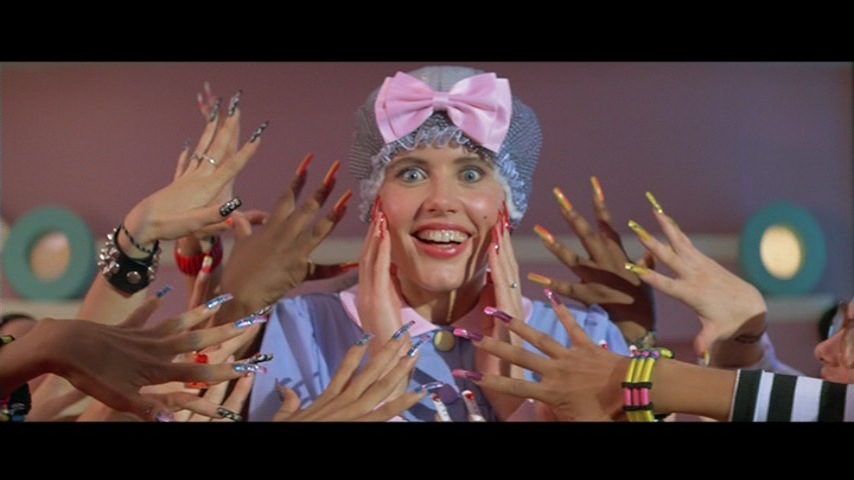 Geena Davis, by the way, is smoking hot and irresistible in this movie, despite being forced to have several pure, unadulterated 80’s makeovers that include hair bigger than Marge Simpson’s, more makeup than a Johnny Depp movie, all at her place of employment, “Curl Up and Dye” Nail Salon. There are more “sips for nips” in this movie than most porno’s, and I’ve never been happier to drink than seeing Jeff Goldblum shirtless.

Geena Davis’ Valerie works alongside Valley Girl Julie Brown as Candy (there’s no other conceivable name in which she could’ve been called instead), who performs in musical numbers like this (and is the best, because everything is the best in this movie):

Damon Wayons participates in the best dance off scene in a movie ever (“Why be a hero when you can be with a zero”), and I know what I’m talking about: I’ve never seen any Step Up movie, Magic Mike, Saturday Night Fever or Footloose.

Michael McKean plays the most stereotypical stoner-surfer ever, and it’s pure bliss.

The film stars Angelyne, who apparently was “famous for being famous,” and sounds like the most Hollywood woman ever. She promoted herself on billboards all across Los Angeles, and was known for her pink corvette. True story: when I saw this movie at the Cinefamily, I saw Angelyne and her pink corvette. Also, according to Wikipedia, she finished 28th in a field of 135 candidates during the 2003 California governor recall election, which is probably the greatest thing I’ve ever heard.

Yup, Geena Davis gives Jeff Golblum the birds and the bees talk…and then they do more than talk.

I haven’t researched it because I didn’t want to shatter the illusion, but there’s no doubt: Jeff Goldblum and Geena Davis are one of the biggest power couples in Hollywood history. Richard Burton and Liz Taylor finish a distant second in that make-believe Power Rankings, coming never to 7 Inches. 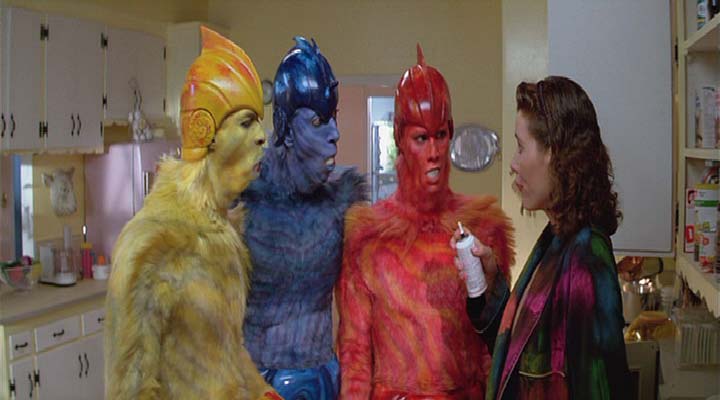 Earth Girls Are Easy spends an inordinate amount of time with Mac, Wiploc and Zeebo “figuring out” Earth’s technology and doo hickeys. I could’ve spent 10 hours watching them eat records, but the movie didn’t become the greatest movie of all-time until Candy (M-V-P and Oscar snub Julie Brown) performed the ultimate makeover on the aliens, and they all came out looking like their human counterparts, with a steamy Jeff Goldblum emerging from a cocoon of sex. And Jim Carrey and Damon Wayons looking like…

Which is hard to compare with:

Like that’s even a question. Geena Davis’ Valerie knows the truth immediately, but must spend the entire movie grappling over her relationship with Ted (Charles Rocket, top 10 greatest name ever) her dickhead husband, because, well, there’d be no movie.

I could spend hundreds of paragraphs extolling the film’s many virtues, but instead, I’ll pay Earth Girls Are Easy its highest compliment yet: a drinking game that can be played with only 1 rule. And that rule is: drink for every reference to the Valley, LA’s ignominious neighbor. You’ll be toast. Of course, there are limitless drinking game rules for Earth Girls Are Easy, but only the finest movies require only one.

So, off with you and find this movie. It’s on Netflix if you’re one of 13 people who still get discs in the mail, or it’s only $6.59 on Amazon. The world can be a beautiful place. Now go and discover this treasure of American cinema. Jeff Goldblum commands thee.