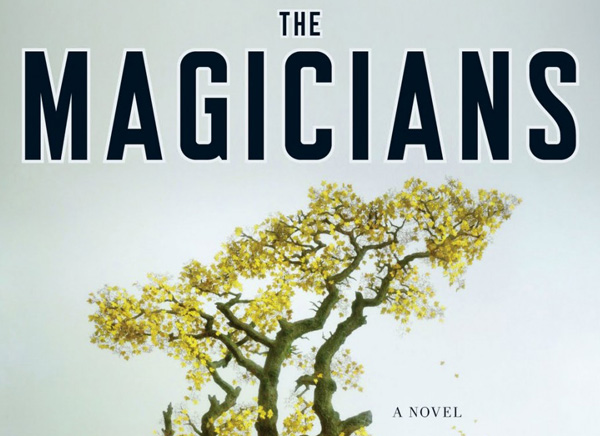 When The Magicians first came to me, it was a world post-Harry Potter. The last two movies had yet to come out, and I was clinging on to them like they were the last vestiges of my childhood. Because they were, along with Bandit, my stubbornly mortal border collie.

Harry Potter was and is one of the most precious and wonderful things in my life. I grew up with them, and found the world a scary place without them. Yes, I could reread them, or could join its growing online community, but it’s not the same. It was time to move on, to actually grow up.

I had pretty much given up on finding a book series that would delight and inspire and spark my imagination in the same ways. Then Lev Grossman’s The Magicians was published in 2009, I devoured it, and realized it was the natural extension in my own Quest to identify my life with fantasy literature rather than actual life. It’s better.

The Magicians is Harry Potter filled with a bunch of assholes who have sex, do drugs and have tremendous power, damn the consequences. But that’s not all it is: Lev Grossman’s world stretched beyond any simple comparison. It had elements of all the great fantasy (Lewis, Tolkien, T.H. White, Martin), a meta and self-aware modern fantasy world that dipped its mythology into different worlds like ice cream in fudge, or a fledgling crack addict in crime. It’s certainly not as new or vivacious as, say, J.R.R. Tolkien’s Middle-Earth was/is, but how many fantasy series’ throw out nerdy pop-culture references, or quotes Scarface during its climax? Grossman uses and manipulates what we know of the fantasy genre to fill out his world, making fun of the tried and true elements of a Quest and Story, while also revering them just the same.

(Plus there’s world maps, the quickest way to a fantasy nerd’s heart.) 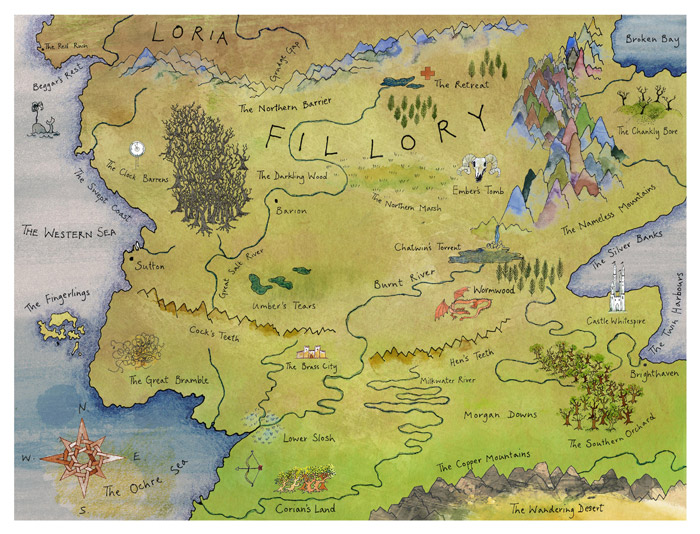 I love the world-building. You think you don’t care about another magical school (meet Brakebills!), but when the depressed and brilliant Quentin Coldwater, who grew up loving the Fillory novels, a stand-in for C.S. Lewis’ Chronicles of Narnia (or whatever book series you grew up loving), discovers magic is real, it feels like what would actually happen. But Brakebills is a college and so Quentin’s put through a grueling exam, like the LSAT (or O.W.L.’s, I suppose) of magical entrance exams, where he was tasked with creating a language, a history of the fictional people who spoke it, and the dynamics of the world they lived in. I was fucking riveted. And besides, Quentin and the Physical Kids that he befriends once he gets in, skip through school in half of the first novel. You’re just watching the schooling go by, Grossman churning through brilliant classes, spells, education like a drunk guy rifling through a Rolodex (in a world where people would still have a Rolodex). I was almost mad, but that was kind of the point, these kids were absorbing knowledge much too fast for their own good.

I remember after I finished The Magicians, I was shocked to discover there was a sequel planned. It was like falling out of your chair and into the age before release dates are planned decades in advance, ruining the fun. That’s how great a surprise The Magicians was.

On a reread The Magicians drags, and the hollow, self-absorbed, arrogant characters hurt your heart more and more, but thankfully, Grossman doesn’t let them off scot-free, and in spite of hating these characters, they’re three-dimensional, and authentic. If a misanthropic 18 year old was given the keys to a magical kingdom and with it, untold power, what do you think will happen? Nothing good.

The Magicians is about a group of unhappy, self-loathing geniuses who don’t have a place in the world, even AFTER they become magicians. It’s a treatise on unhappy people and what that means. Magic doesn’t solve your problems. It exacerbates them. 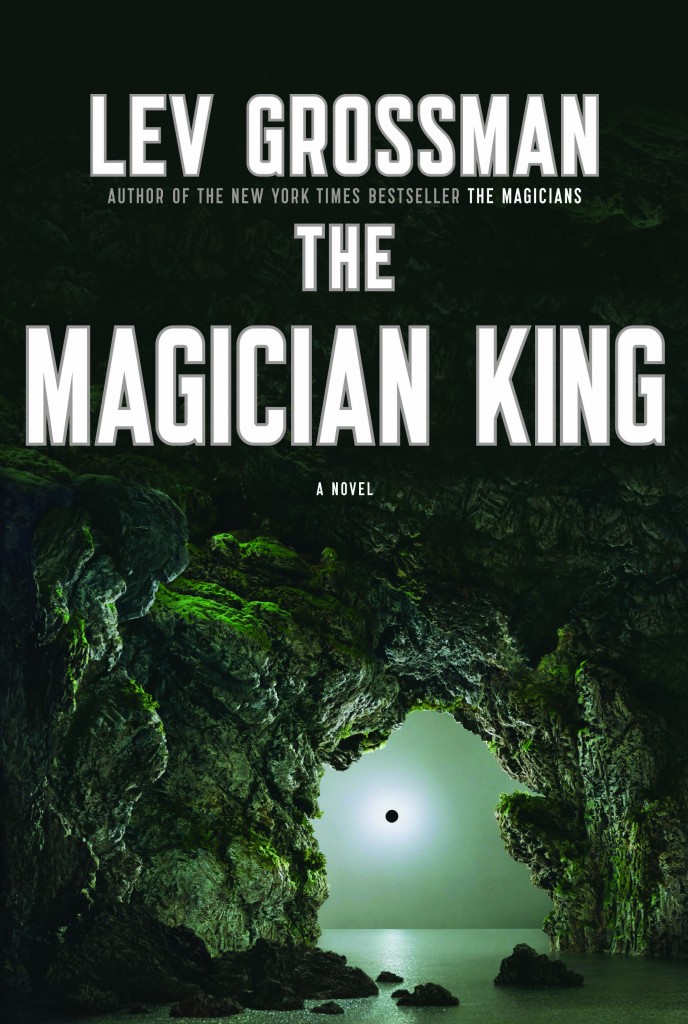 As the series progresses, Grossman blows out the world to even greater heights. We see the underground realm of magic, as we’re introduced to what Janet, Quentin’s high school crush he leaves behind, had to do to reach his level (and surpass it). It’s startling, dark, and freaking cool, but even she has a reckoning for her magical trespasses. These characters aren’t easily forgiven, in fact, they oftentimes lose everything. It’s depressing; imagine knowing magic exists, but being kicked out of the world? Quentin, Eliot, Janet and Josh grow up, change, and slowly, painfully so, become the kinds of heroes you can root for. It’s as if Grossman purposefully made his characters unforgivable…until they somehow aren’t, subverting the very notion of what a protagonist really is. He made me like Janet, something that felt more impossible than escaping the Underworld, getting a talking sloth to shut up, hopping through the multiverse, or talking to a dragon. Which, I’ve learned, is hard to do. 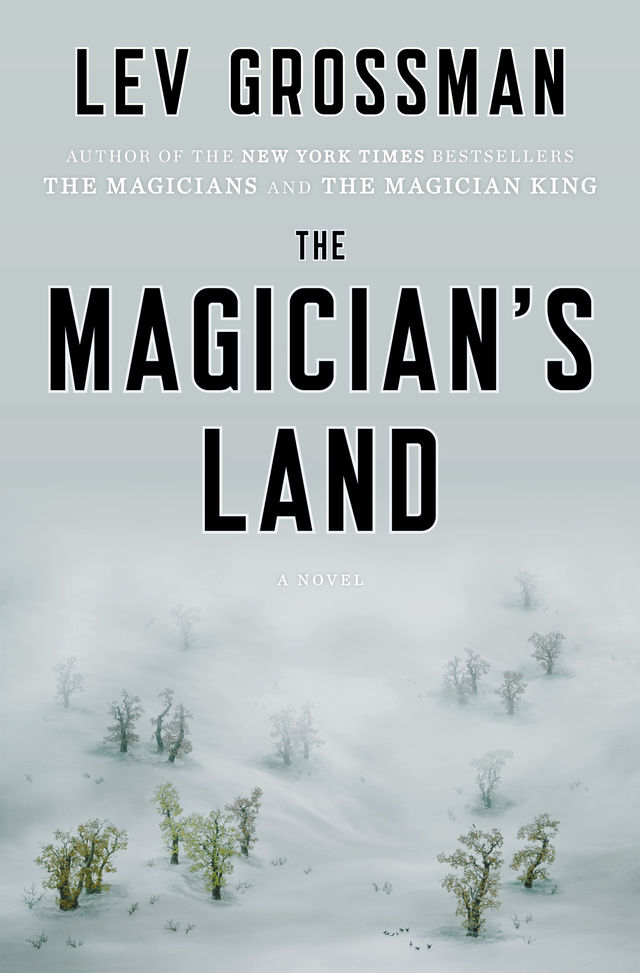 In The Magician’s Land, the last book of the series that came out this August, things start out slowly. Grossman so thoroughly broke it all down at the end of The Magician King (my favorite of the three), that it took him a few hundred pages to build everything back up. But even so, the last half of the book packed a tremendous wallop, one where I wanted to pause and take note, to relish every word, but I was too busy flying through it, faster than a Hippogriff in flight during the apocalypse.

The Magician’s Land and its two predecessors are a critique and loving tribute of all the fantasy that have come before it. A series that has ram Gods, Cozy Horses and drunks. Like Unwritten, it wallows in the power of Story, and takes the notion of what can be done in fantasy to lengths you’ve never imagined. It’s too smart for its own good, and knows it, and bulls forward anyways. The Magicians series isn’t perfect, but like Harry Potter, it proved to be the perfect, sarcastic companion for a certain period of my life, one that’s right now. It’s a transcendent piece of adult fantasy I look forward to giving my miserable kids when they inevitably hate my guts.

I didn’t think there would be another Harry Potter. And there won’t be, but there will be other books, other worlds, other Adventures, ones I can’t wait to discover, ones I won’t be ready to let go. The Magicians series was one of them. Thus is life. 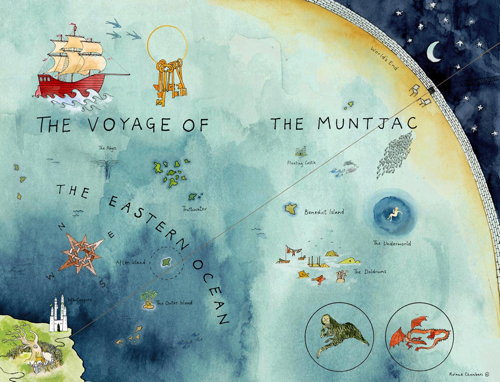