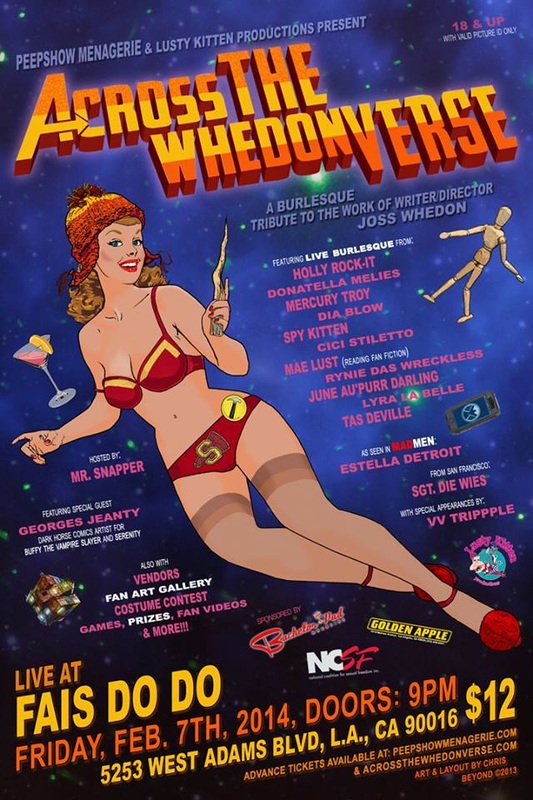 Full Disclosure: I’m writing this while listening to the “Once More With Feeling” soundtrack from BUFFY. But, of course.

Sometimes things so bizarre, weird, or perfect, just fall in your lap. That was exactly what I felt like when a Facebook friend (so you know we’re close) of mine posted a status update that related the following news to me:

It was two hours until show time, I had no ride, and would be bailing on my roommate’s burgers and movie night…but I didn’t really have a choice.

What was to come reminds me of what Whistler said in “Becoming, Part One,”:

Bottom line is, even if you see ’em coming, you’re not ready for the big moments. No one asks for their life to change, not really. But it does. So what are we, helpless? Puppets? No. The big moments are gonna come. You can’t help that. It’s what you do afterwards that counts. That’s when you find out who you are.

This night was one of those “big moments.” I’ve never been to a burlesque show. Not for lack of…trying? No, that’s not the right way to put it (though I do want to go to David Lynch’s writing spot). Not for lack of desire? …I guess. The idea of women getting naked and dancing holds much appeal. Obviously. The idea of these women getting naked with a FIREFLY or BUFFY back drop? That gives me every kind of boner possible, while also confirming how great the universe is. 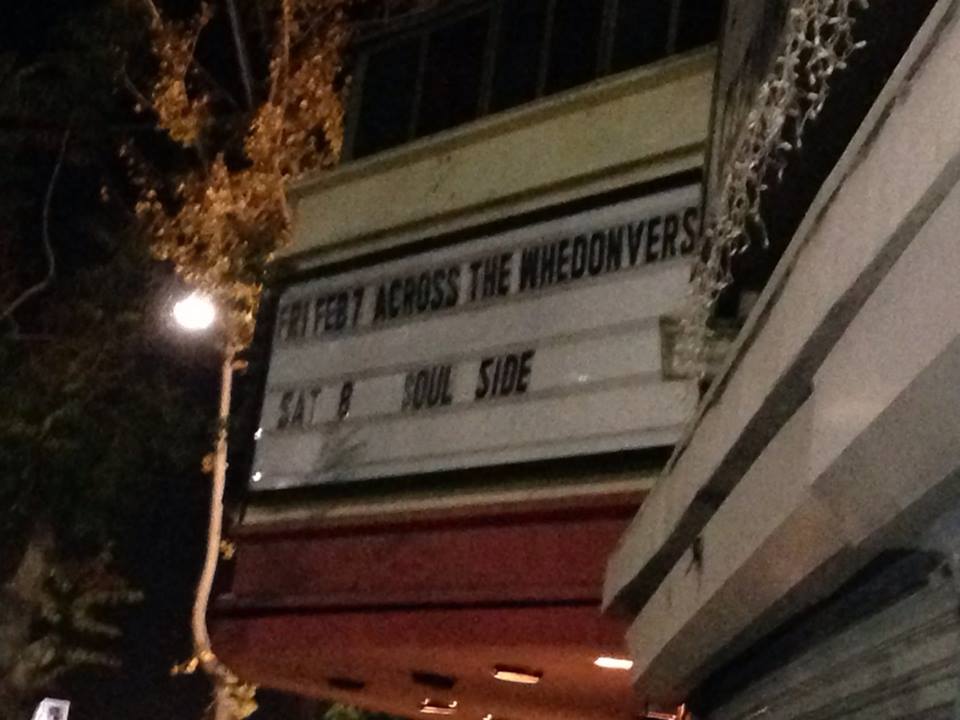 Of course, I was imagining semi-beautiful look-alikes with decent production value and mildly clever jokes.

I got none of those things. Well the jokes were mildly clever, if you consider ketchup mild.

Joss Whedon is the greatest. There’s no disputing it, and his fans, acolytes and believers are also the greatest by extension. Joss Whedon is everyone, a patron saint for the average guy and girl, the nerd, the recluse, the nerd recluse who gets the courage to wave his nerd recluse flag amongst other like-minded nerd recluses at Comic-Con and Slayage Conferences, or as it so happens the Fais Do Do club on Adams Boulevard.

It also allows these same people to get close-to-naked on stage for others Whedonites amusement and pleasure. 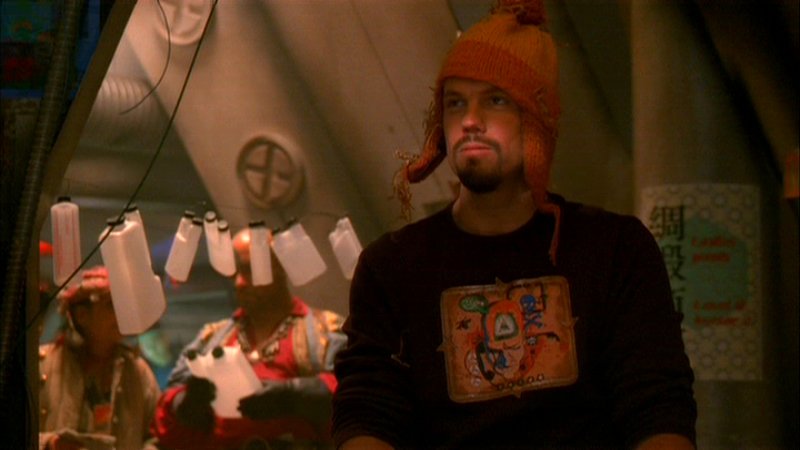 The night began, after a long wait in line, bursting with men and women donning their Jayne hat (above), with another interminably long, single file line to an uninspired bar (HELP US GET DRUNKER), and a magician who gives low-energy magicians a bad name. It wasn’t even a diverting experience; it just made the crowd that much more restless and impatient for boobs. At one point he was “floating” paper flowers or something, and the string he was using was as clear as day. It was painful, and certainly didn’t get one pumped up for what was to come.

And then, before the show had even started…it was time for an intermission. Fuck off, really?

At this point I was painfully sober (two weak $8 Dark and Stormy’s didn’t cut it) and impatient for this trip to work out. I had met my aforementioned friend, and two of his friends, including a guy who managed to tell me he had slept with 70 different women in his opening introductions and was now dating this cute girl from Seattle who was on his arm. Yeah, I wasn’t going to like “Rob” ever. 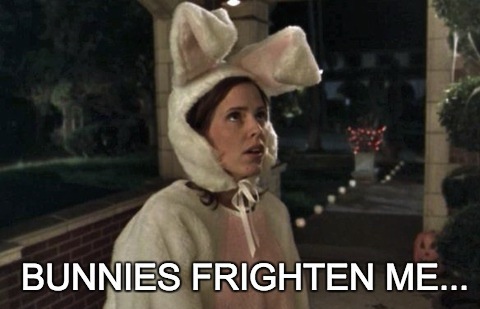 And then it was time for nerds gettin’ naked time! Things kicked off with a girl Dr. Horrible (dancer Tas DeVille), then a “shy” Willow blossoming before us (Rynie Das Wreckless), and an Anya (Spy Kitten) not only removing bunny stuffed animals from her robe, but also articles of clothing. Plus, her pasties accidentally fell off. Now I know what it must’ve been like for those at Super Bowl XXXVIII.

After Anya, it was time for an oddly dominatrix-y Echo (Estella Detroit), and then, Buffy, performed by Holly Rock-It! Later that night, feeling like I needed to do, I managed a very awkward “conversation” with Ms. Rock-It!, that consisted of me complimenting her on her dance and Holly thanking me politely to leave her alone.

How do you follow Buffy? You don’t…you just get another intermission. Thanks.

My favorite performer might’ve been the Rave inspired Black Widow (Lyra La Belle). Next up was some not obvious blonde character, brought to life by Cici Stiletto.

The cherry on top of weirdness was the awkward, short, quiet Mercury Troy putting a spin on Drusilla I’ll be trying to forget for years. But this show wasn’t over yet. The three most eclectic acts had yet to happen. 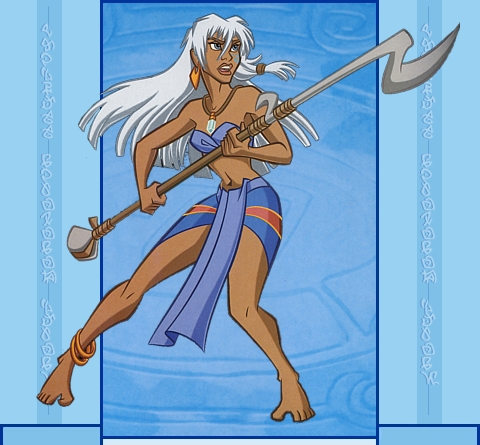 Enter Princess Kida Kidagakash (above), the hottie from ATLANTIS: THE LOST EMPIRE, a 2001 animated feature that Joss Whedon wrote a treatment for. Yup. We’re digging deep, even with Inara, Kaylee, Zoe, River, Sierra or any of the characters from AGENTS OF S.H.I.E.L.D left to play. And no female Spike?! It was the kind of off-the-wall choice to be expected from the show, and also brought with it one of the more elaborate costumes of the night (one of the few good ones), filled out by June Au’Purr Darling.

Thrown in for good measure was also live music, supplied by Gemeni, a band formed by Lisa and Gina Gomez. Nerd rock is a thing, and they’re a fine example:

Then it got hot. 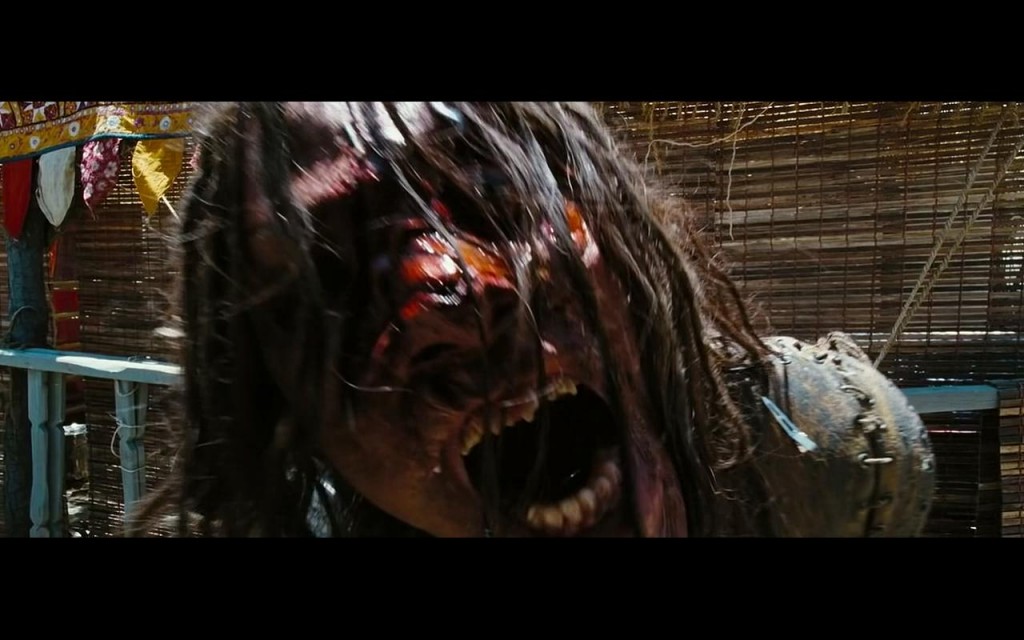 Who would’ve thought a near naked female Reaver with a man’s face covering her naughty bits would be so hot? Apparently Lusty Kitten, and Donatella MeLies made it happen.

Throughout the festivities, VV Trippple acted as the undead “pick-up artist,” meaning she was a zombie who picked up the clothes of the other performers. I could’ve done without it.

CABIN IN THE WOODS fans didn’t get a Merman. Instead, they got a Unicorn (Dia Blow…I think). 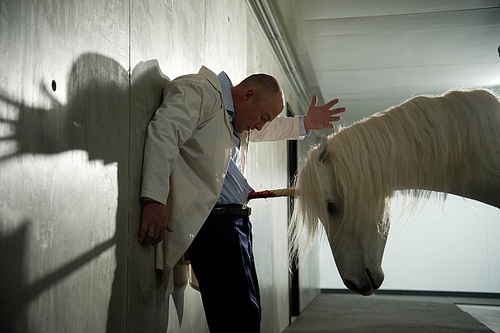 The finale was supplied by Sgt. Die Wies, a massive black woman (?), who brought more attitude, flair and gravitas to the character of Iron Man than even perhaps Robert Downey Jr. himself. Her performance was easily the most ridiculous, crazy thing I saw all night, as she bounced around stage, with lit-up arc reactor pasties and all. Her dance, and ACROSS THE WHEDONVERSE itself, was summed up perfectly by Captain Hammer’s closing line: “Fuck the arc reactor, we can power the Stark Tower with that ass.”

It took me far too long to really get and appreciate this night, but Sgt. Die Wies drilled the message home. The Whedonverse is about acceptance, and being yourself, and standing up for yourself, and doing what makes you happy, and that’s what these girls were doing all night, while showing off cleavage for charity. Jesus would be proud. Some dancers were better than others, but each were emblematic of the Whedonverse in every fashion, and every number was accompanied with truly bizarre and great music. 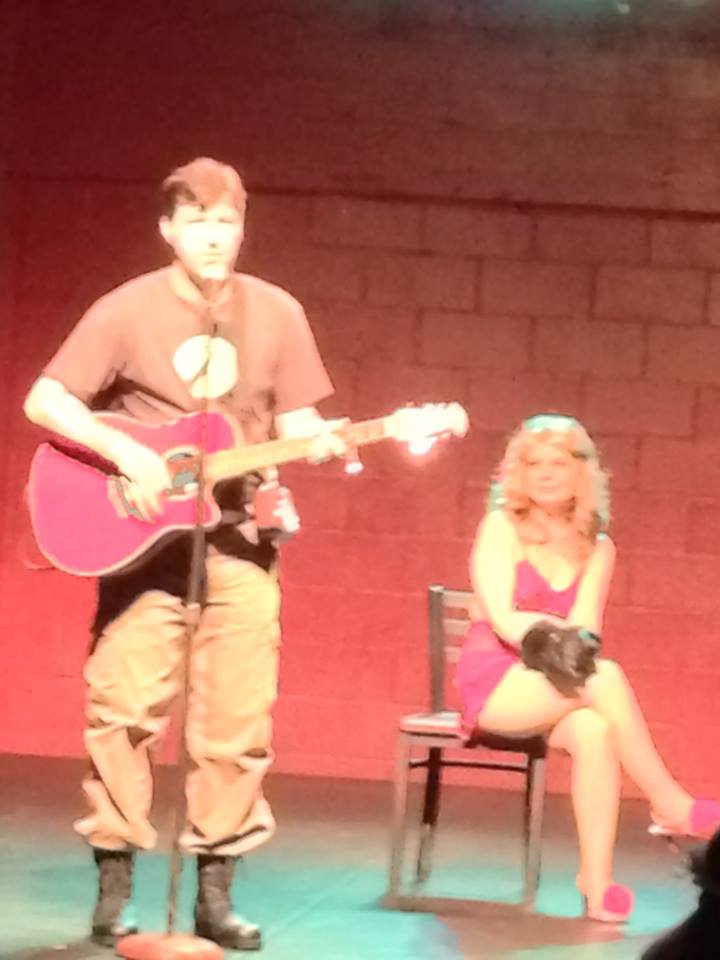 The evening was tied together by Mr. Snapper, or the aforementioned Captain Hammer stand-in, who was oftentimes unbearably cheesy, and other times, the only thing that didn’t make me want to impale myself on the Unicorn’s horn. It helps that we all came together to sing the Firefly theme song. Afterwards, he tried to rally us to sing Jayne’s Song…which should’ve been a roaring number, but instead ended up being just one dedicated and drunk Jayne fan singing along…and it was glorious.

Proving that is a tremendous sport, BUFFY and FIREFLY artist Georges Jeanty was there to sign autographs and cringe at the festivities with the rest of us.

While it didn’t prove to be a night of extreme socializing held together with expert storytelling, there was enough in-jokes, Whedon quotes and a stellar video clip featuring moments from all of our favorite series to make it worthwhile. The memorable experience will leave me as a leaf on the wind, at least until Accio Burlesque! returns… 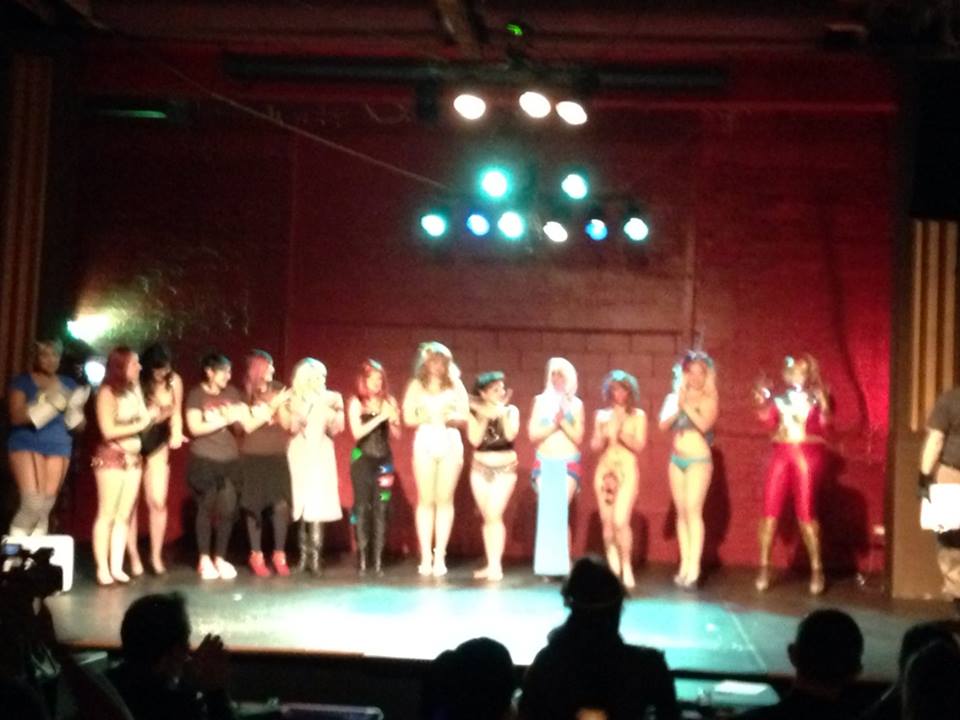 A blurry photo of the cast