An Increasingly Drunk Revisiting of ‘The Hunchback of Notre Dame’ 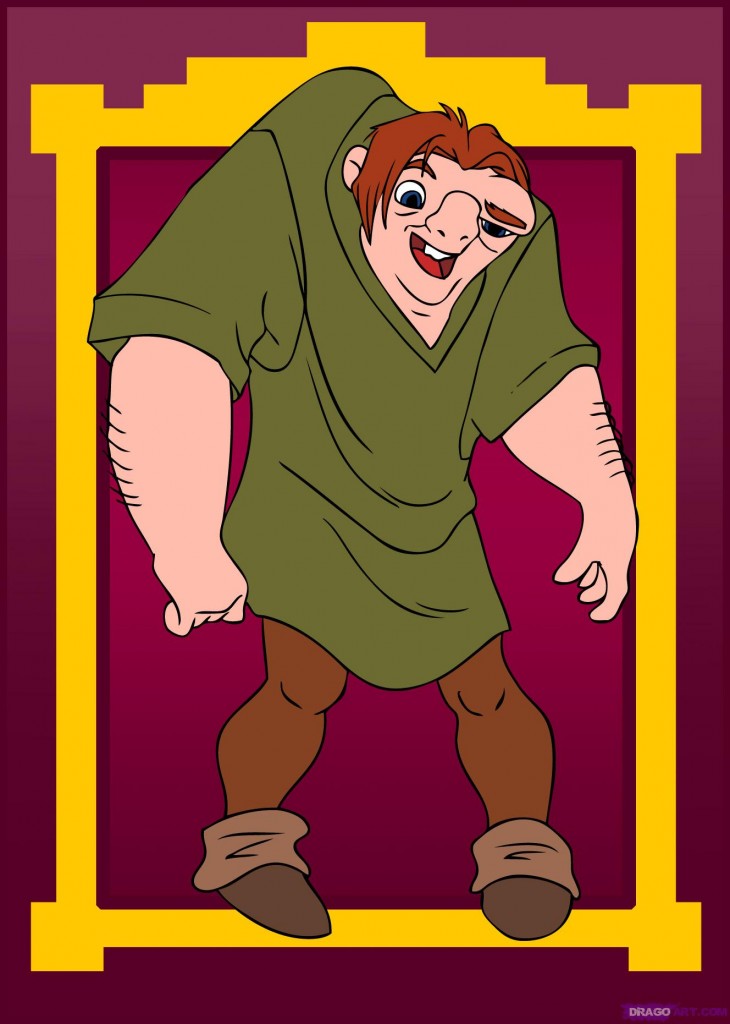 Last night, my wife and I went to a party, at which I got quite buzzed. After she drove us home, she was ready for bed, but I decided to stay up and keep drinking while watching something. As I scrolled through Netflix, I suddenly came across The Hunchback of Notre Dame, the 1996 Disney movie. I saw Hunchback in theaters as a child, an oddly vivid memory (it was July 4th, and I went with my dad). I don’t recall ever seeing it since. I barely recall even thinking of it since.

But recently, my colleague Sira did a pair of decisively epic rankings of the greatest Disney princesses and villains. I highly recommend that you do yourself a favor and read both lists. I enjoyed the rankings immensely, even when disagreeing, but I was given pause to see that (spoiler alert!) first place on each list came from Hunchback. This was less a source of disagreement and more a source of puzzlement. I hadn’t seen the movie in 18 years; I certainly didn’t have enough frame of reference to have any strong opinions on it now. But I always find it interesting the ways that different things make an impact on different people. I was completely taken by Aladdin and The Lion King, etc., as a child, but Hunchback had left no real impression on me. Clearly it had on Sira. So I decided why not, and threw it on for a late night rewatching.

I also decided to try Sira’s advice in the comments of her princesses rankings, and make a drinking game of Hunchback where you drink every time Esmerelda is sassy. And since I already had a buzz going and wanted to push it over the top, I decided to also add to drink whenever Frollo was evil, since he was her top villain. Important note: DO NOT DO THIS. This drinking game will kill you.

So here is a running diary of thoughts I wrote last night while watching The Hunchback of Notre Dame. While this entire introduction is being written (and the images/videos added) soberly, the rest of this post is presented unedited from my increasingly drunk mind last night.

In lieu of editing the drunkenness, look for [SOBER NOTE] comments added today. Apologies in advance for the increasingly poor drunk spelling. It gets BAD.

So the story is starting with a storyteller to tell the story. The story within a story structure is basically stolen from Aladdin.

Wait what are the gypsies even being charged with? I’m a lawyer, I’ll help you gypsy woman!

Uh oh I remember this scene on the steps. Frolllo is a dick. DRINK SO MUCH. The score is powerful though.

Quasimodo looks shockingly cute for an ugly monster. I just want to give the poor guy a hug. 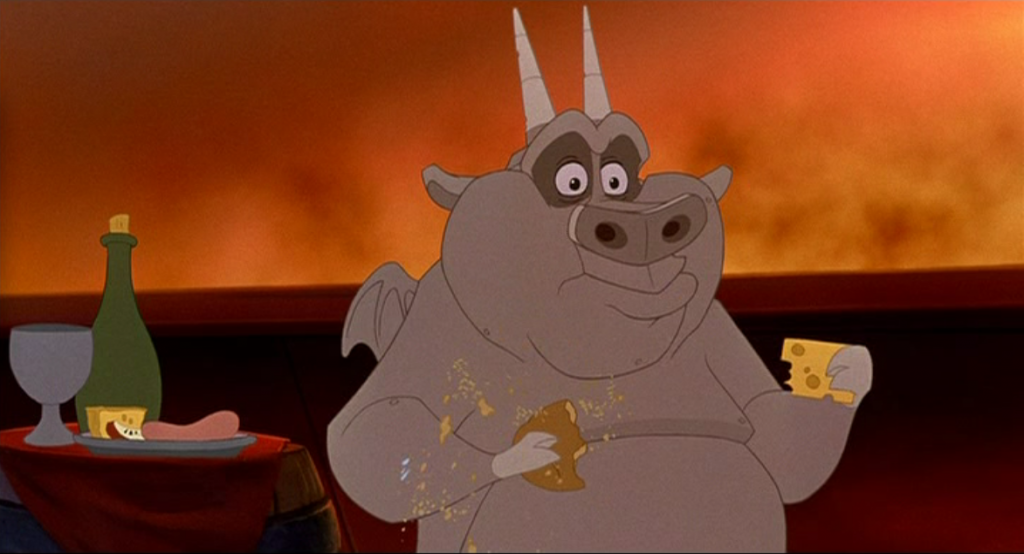 Is the old gargoyle a man or woman??? I literally have no clue.

They’re named Victor and Hugo. CLEVEr. I should read the book. I loved Hugo’s Les Mis. Though I love that musical more,

Frollo hasn’t aged a day in 20 years! Judgment call: that’s a sign of him being evil. DRINK.

Frollo’s alphabet quiz, the festival guilt, AND he lies about Quasi’s momma? SO MUCH DRINKING.

An entire song of Frollo evilly making Quasi feel bad about himself. First sign of concern that this is bad idea.

Oh eff the captain guy. I totes remember that he gets with Esmereleda in the end and that I was so pissed even as a 9 year old that Quasi didn’t get the girl. I hate the captain guy on principle. I’m going to try not to even learn his name, so we’ll just call him Captain Guy.

Wtf the people are literally throwing nooses around Quasimodo?!! WHERE IS THE ENTIRE FUCKING CITY OF PARIS ON YOUR VILLAIN LIST SIRA

Frollo’s refusal to help or let Captain Guy help is evil, though the masses are eviler here. Still DRINK. Esmerleda’s defiance is about the same as sass. DRINK.

Esmerelda’s evading an entire regimen of guards while throwing sass like crazy. This really is Aladdin, only with a woman playing the charming rogue (yay). DRINK. Also Frollo might be right on the witchcraft charge.

Captain Guy has a familiar voice. Can’t put finger on it. IMDB: Levin Kline. [SOBER NOTE: That was Kevin.]

Did Frollo just kinda molest her on his way out the church?! Great kids’ movie! DRINK

Wow. Even for someone, with a complicate relationship to organized religion, “God help the Outcasts” is a fucking powerhouse song. Glad I rewatched this before trying to rank greatest Disnety songs. Also, the people of Paris are still awful.

Awkward Quadimodo is still better with women than I was in high school.

Even Esmerelda making Quadi feel better is kinda sassy. DRINK. As is her posing as a saint statue. DRINK.

Kill the Captin Guy, Quasi! Kill him! Ddamn. They’re trying to make Capt Guy cool and nice but all I can think about is that he’s going to get Quasi’s gurrrrrl.

Quasi even did a sculpture of himself as ugly. And he’s siniging about how he doesn’t deserve love. All can be traced back to Frollo’s abuse, so DRINK.

Whoa whoa whoa whoa. Like seriously whoa. Frollo song about how it’s Esmerleda’s fault that he’s lusting for her, so she must burn. First, DRINK LOTS. But also, THIS IS A KIDS’ MOVIE? WHAT THE FUUUUUCK DISNEY? Kind of an incredible song tho. Seriously maybe my fav villain song now, as effed up as it is.

[SOBER NOTE: It really is an incredible (and incredibly adult) song. One of the most poignant portrayals of the Corrupt Churchman archetype I’ve seen.]

Frollo montage of evil hunting Esmerelda; LOTSA DRINK. Captain Guy did the right thing, but I don’t like hims till. Getting wee bit harder thol.

I remembered the gargoyles being mor effective as comic relief. But they realty don’t do it. This movie is just fucking dark.. Also, I’m glad Paris is burning. YOU ASSHOLES WERE EVIL.

I’m kinda wasted and want to stop this but powering through.h [SOBER NOTE: I don’t remember the rest of this.]

Emeredla/Captain Guy romance is pissing me off. DRINK, out of sadness.

Frollo doing something. I kinda spaced out. But DRNINK.

No Quadi no! the trap is obvious don’t go to Esmerelada!

Fuck if Captain Guy t\beign better than Quadi! I don’t want ot root for Captain Guy and you can’t make me Disney!

IMDB: the old gargoyle is Laverne. SO a woman afterall!

Um wrten’t the gypsies supposed to be the good/ unfairly persecuted guys? So why are we sudden;y see them as unfair a-holes who are also apparently pirates>>?

Frollo surpsie attack that no one could see coming except that iwas so fukcing obvious. Evil dick. DRINK>

I want to slep

Gargoyles are less whatever as adult. But the music is fukcing incredible as Quadi breaking loose. Bette rmovie adult than kid?

Frollo DRINK continuously to be safe

Capt Guy rallying Paris peeps buty not piuty for those cucks. Phoebus his name is, but even at his most likable, still no Quasi.

Wait what is surrounding Notre Dame? Water/ ? Since when! Flames? Inconsistencyu

Old woman gargoryle, with the birds things finally paying off.

MOLTEN METAL! Where TF fid that come from? Quasi could’ve killedso many innocents! 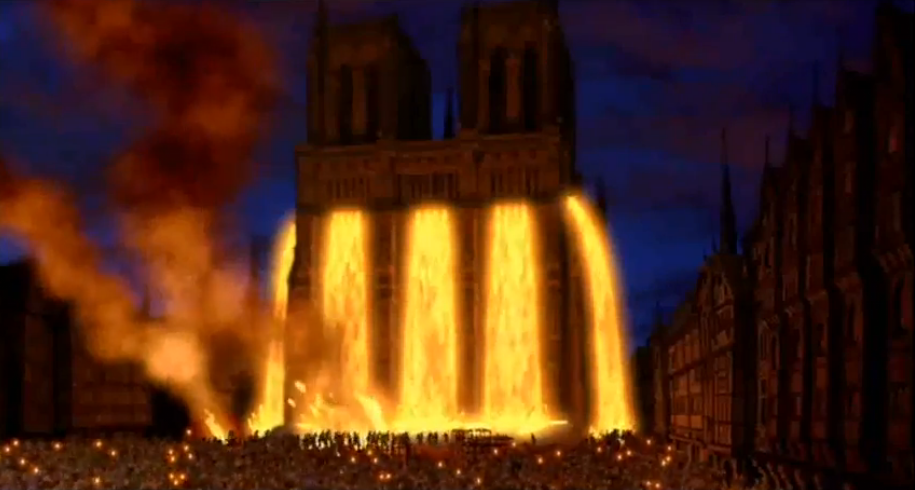 Esmerelda unconsciously seeming dead is still sass DRINK What if movie ended there? Most depressing ever.

I shou;dn’T have added Frollo drinks. Too much DRINK Like five minutes straight, im already gone

WTF Quasi just put Esmerelda and Capt GUY together?!!! I STILL CALL BULLSHIT! THIS IS NOT A HAPPY ENDING I WAS NOT ANGRY UNTIL I CAME TO FRANCE

[SOBER NOTE: Drunk David at his most wasted still recalled that Shakespeare reference almost correctly verbatim off the top of his head. I’m proud of that.]

Blah blah give Quasi all the crowd acceptance you want, he dtill didn’t get the girl. Doesn’t that speak ill of Esmerelda/? She cannot be the top princess being so shallow. I call shenanigans.

[SOBER NOTE: I think that was supposed to be “FIN”]