When I was asked to write this piece, I had to really scratch my head about the villains I would choose to rank. What makes a good villain? Why were they a villain? What was their story and how did they relate to the hero’s story? After a good little while of combing through various websites and lists of Disney villains, I finally settled on what’s now before you.

The following list is based off my own discretion. Those I thought were interesting, those I liked, those I disliked. I got all the “major” villains, a few “minor” villains, and left out the more obscure villains (Shere Khan and Madam Mim? No one remembers them! But I do adore THE SWORD IN THE STONE. JUNGLEBOOK…not so much.)

With no further ado, here we go.

As far as villains go, Lady T. was pretty weak. She had no real substance other than hating Cinderella, and while her daughters were a laugh and who didn’t love Lucifer, she was neither frightening nor interesting to watch. If we’re being honest, the scariest part about her was her hair.

The only reason she isn’t ranked last is because she absolutely terrified me as a child. I think I’ve watched SNOW WHITE a total of one time in my life because The Evil Queen’s old hag gave me nightmares for what seems like years. On how evil she is, there are quite a few vain villains on this list, and she is just another face in the crowd. Albeit, a goddamn scary one.

Mallie-poo could turn into a dragon, and that’s pretty badass. Was she especially interesting? Nah, not really. I haven’t seen SLEEPING BEAUTY in ages, but I don’t recall there being any particular reason for Maleficent cursing baby Aurora. While the upcoming live-action MALEFICENT may serve to bump her up this list, as it stands now she was more “awesome-dragon-lady” than “run-for-the-hills-lady.” (Footnote: All the Disney posts of this week were originally conceived in honor of MALEFICENT’s premiere today, May 30, 2014. Cheers to a new generation of Fairy Tales, both Villains and Princesses alike!)

Yzma was hilarious. Everything about that skeleton-looking witch with absurd eye-lashes was hilarious, especially when she was turned into a cat. Villain-wise, she wasn’t nearly as evil as some of the other folks on here, but comedy-wise she was a hoot.

Gaston was one cocky SOB. From the second he comes on-screen, you can’t help but want to punch him in his overly-chiseled jaw. He’s rude, crass, and way too narcissistic for someone who isn’t even all that sexy. If it came down it, I’d have taken Scar (a goddamn lion) over that fool, any day.

The Cap’n was awesome. Twisted, demented, in desperate need of some life-long therapy, yes, but awesome nonetheless. One handed and still able to capture a fairy? And – bonus – a rightful fear of crocs, ‘cause them is scary mofo’s. And one really must appreciate the irony of a man being so terrified of a clock on an island where time stands still. Therapy for days. 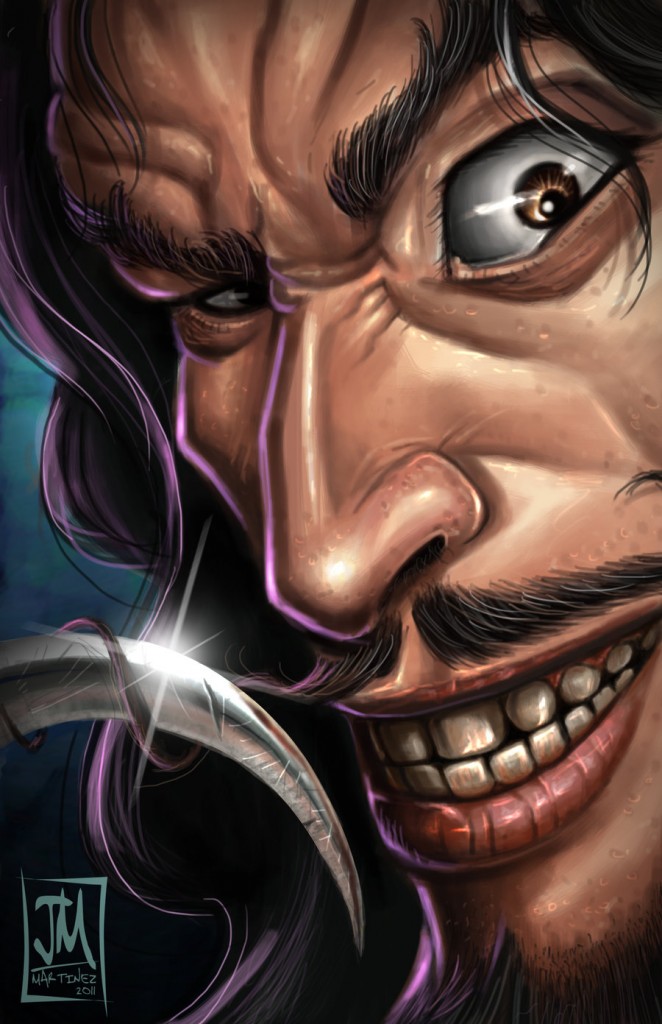 Governor Asshat is so high on this list because he shot John Smith. …And, you know, the general racism of wanting to exterminate (insert Dalek-icon here) an entire race of people. Should probably mention that too.

Every time I think of Jafar, I get two immediate thoughts: 1) Jasmine in that little red number, and 2) Jafar’s voice echoing in my head, “A snake, am I? Perhaps you’d like to see how snake like I can be!” and I get goosebumps. While a horrible racial depiction of brown-folks, Jafar was easily one of the most traumatizing villains Disney ever produced. He tuned Rajah into a little kitty (WHICH WAS ADORABLE), turned Abu into a tiny toy, locked Jasmine in an hourglass after making her his sex-slave, and allowed Iago to be fed those disgusting crackers. 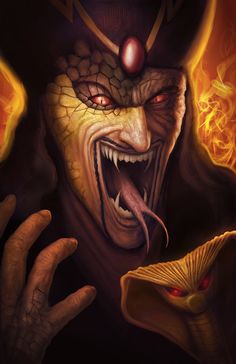 10. DR. FACILIER (THE PRINCESS AND THE FROG)

In terms of badness, the good Doctor could definitely have been worse (Frogs are pretty weak. They weren’t even poisonous frogs!) But in terms of creep factor, The Shadow Man could give even Jafar a run for his money. Sadistic, manipulative, horribly frightening, Keith David once again found a way to chill us to our core bringing to life the epitome of rotten, bottom-feeding scumbags.

Hilarious. Flamboyant. Pretty cool blue-flame-hair. Comedic timing anyone would kill for… Hades was a pretty good character, and even better villain. Would you make our hero Hercules surrender himself to the river Styx to save Megara? Watching the love of your life’s soul be devoured by the infamous mythological river (which was inaccurately portrayed like the entire rest of the movie) would have made anyone crazy, and Hades was a genius for subjecting Hercules to it. Cruel, but genius. 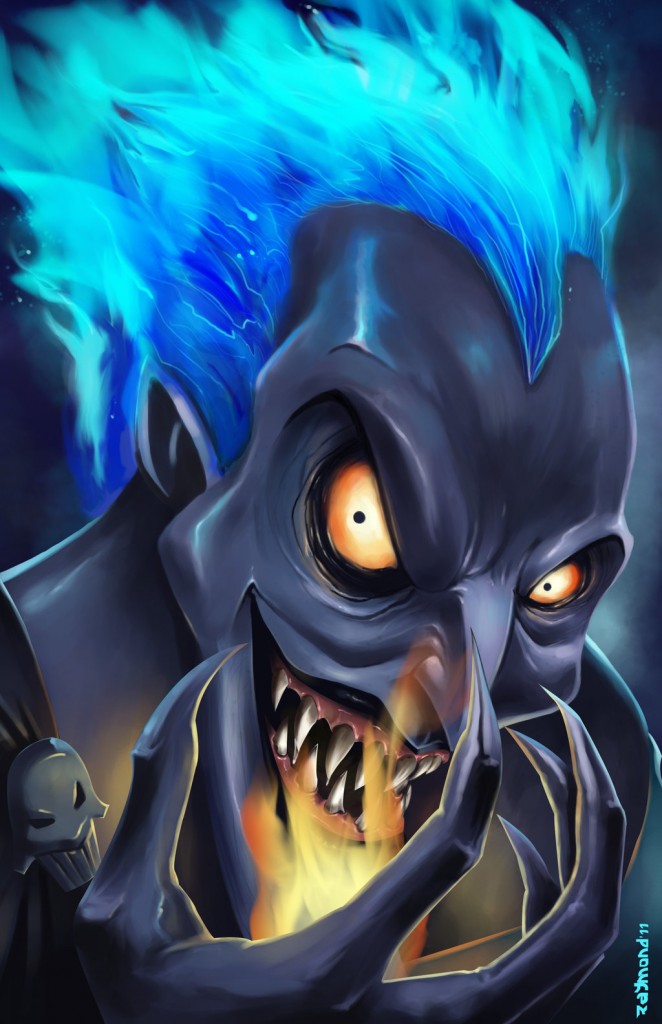 What a B. She was even more self-obsessed than Gaston, with even less inhibition. Crazy-G was ready to let a man die to keep her kidnapped daughter locked in a tower against her will, so that she could stay young forever. On further examination, it’s doctor recommended she be locked in a psych ward with mandatory daily shrink sessions to deal with her serious control issues. And preferably with a boat-load of tranquilizers.

7. THE QUEEN OF HEARTS (ALICE IN WONDERLAND)

Not much really needs to be said about The Queen. She was cuh-razy. A demented, probably bipolar female, with a penchant for beheading when she gets a bit testy? I’d pay to see this wacko go up against Cersei, and am honestly unsure if I’d be Team Lannister or Team Psychopath.

Speaking of the crazies, this lady was maniacal and wanted to murder a bunch of a puppies. And really, girl? That hair? No words, Cruey. No words.

Ursula was baller. I don’t just say that because THE LITTLE MERMAID is my favorite Disney film, I say that because Ursula was baller. In a world of pretty mermaids and talking fish, she was a goddamn cecaelia. She was crude and vulgar, with such a manipulative disposition it made your skin crawl. She tells Ariel that Eric won’t give a damn what she says, as long as she looks the part, and encourages her to use her body to get what she wants. And when Ariel almost succeeds, she transforms herself into a sexy little vixen and uses freaking mind-control to get Eric away from her. If that’s not an unhinged, rabid crone, nothing is. 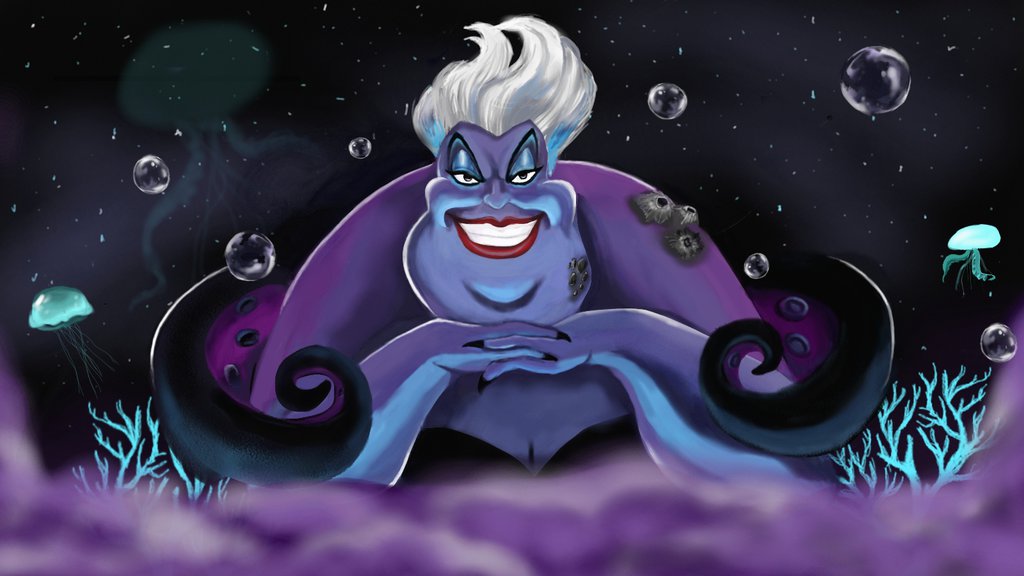 Y’all didn’t think I’d forget Scar, did you? That’s cute. Scar killed Mufasa, left baby Simba fatherless, and then made Simba think it was all his fault. And the award for worst family member ever goes to… 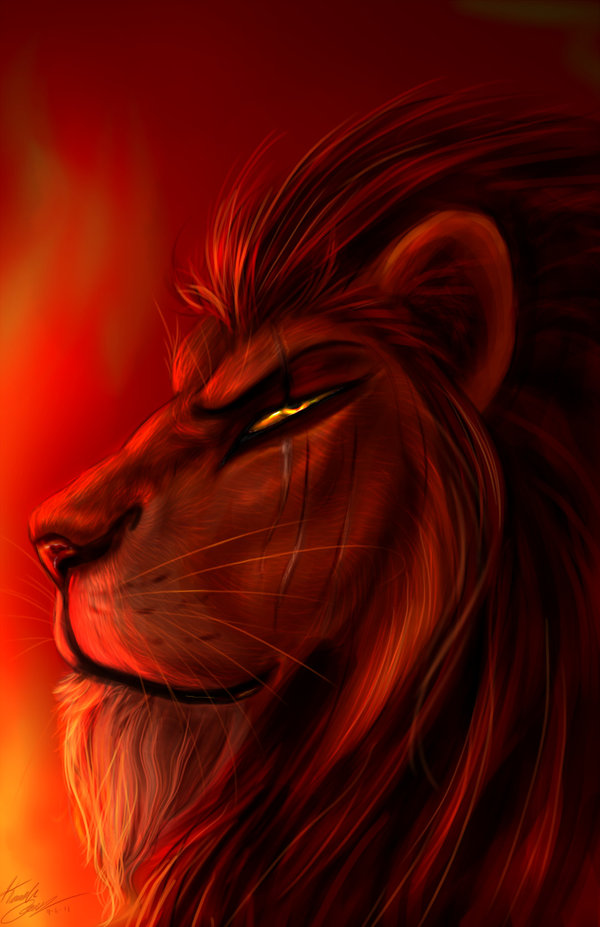 [Insert all the curse words ever here.]

[Insert all the curse words ever in EVERY OTHER LANGUAGE EVER here.]

Murdered hundreds. Had a really cool birdy, but he murdered hundreds. The words, “Besides, the little girl will be missing her doll.” will run circles around my nightmares for, probably, the rest of my life… I mean, the dude POPPED OUTA THE SNOW. LIKE A DAISY. He was everything you would ever want in a villain, and then a lot more you wouldn’t.

I feel as if Frollo gets left off these lists, or shoved to the very bottom, way too often. THE HUNCHBACK OF NOTRE DAME is usually forgotten altogether; no princes or princesses, an ugly main character, a couple of average songs at best (which isn’t actually true – the soundtrack’s quite beautiful – but is, again, forgotten) and an ehh-he’s-OK villain. Except he’s not ehh, nor just “OK.” Claude Frollo was possibly the most despicable, disgusting, inhuman, wretched monster that Disney ever gave us. A “justice deacon” who was anything but just, he was not only a racist, callous and barbaric character that lacked any redeeming qualities, he called for a genocide of the entire Parisian gypsy population. He thought gypsies were sinful animals, unclean and impure, yet that still didn’t stop him from being so sexually attracted to Esmeralda that he gave her a choice to either love him or die. A blatant misogynist, Frollo condemned Esmeralda as a prostitute and heathen when she rejected him, citing that he was coerced by demons into being attracted to her. That, on top of his shunning of the disfigured Quasimodo, locking the poor soul in the tower and forbidding him to ever see the light of day, easily puts the foul and abhorrent Claude Frollo at the top of the list. 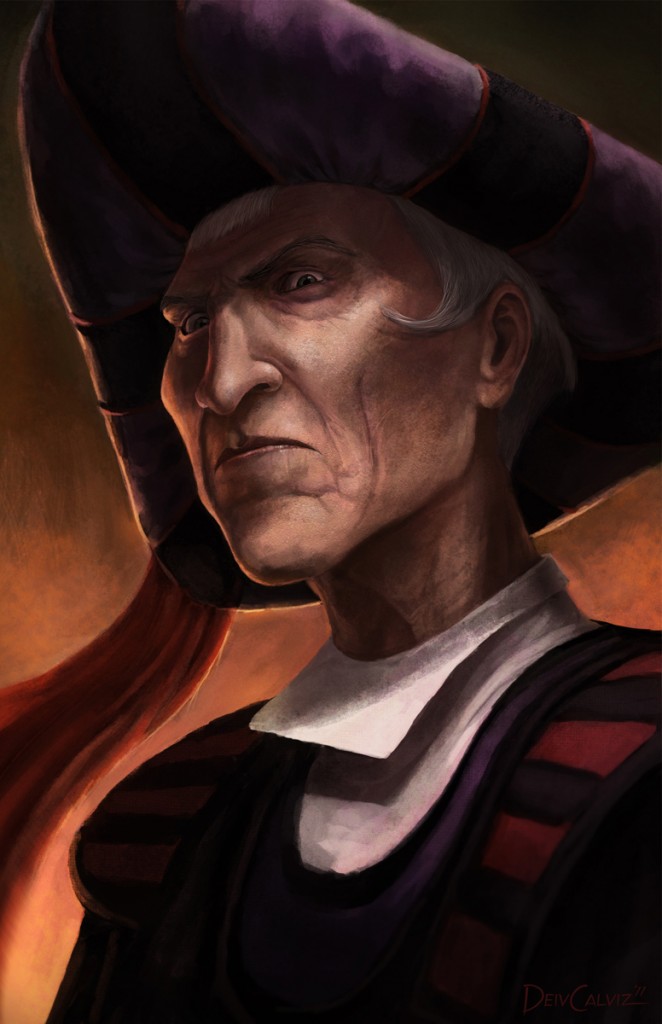 It’s always a challenge to rank characters; most, if not all, have qualities to both admire and despise, but in this particular case, there is no competition – the throne is rightly thrown (sharp end first please, and see what I did there?) at the heinous and vile Frollo, while the rest can chill and have a drink that while they while they may not be seated on Disney’s Iron Throne, they sure won’t be poisoned in an act of sweet retribution, either. 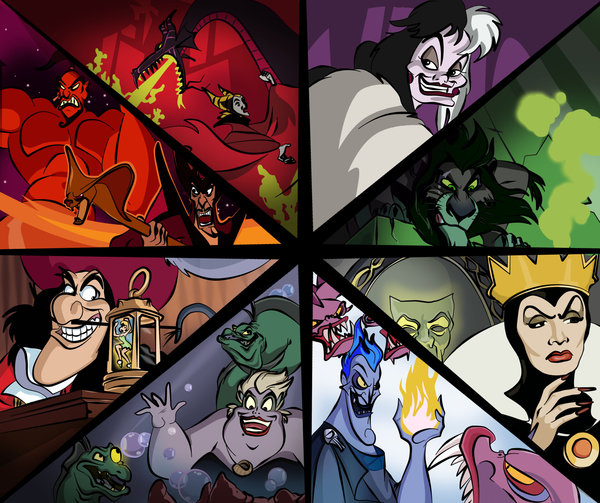