Man, oh man this was hard, dudes. Deciding who to rank, who is royalty enough, who is too royal for their own good, and then putting them in order from yuck to yay? Ugh. Especially for Disneycentric rankings it’s easy for things to get out of hand and I had to draw the line somewhere, so this list is for female “royalty”; some famous, some infamous, and some forgotten. A few didn’t make the cut (Sorry Wendy and Nala!) and some were just not that important (who, exactly, is Sofia the First?) So here is the best compiled list I could manage without going too overboard or too underboard. (Also, is “underboard” a thing?)

She had a total of like, 15 minutes of screen time. This lazy ass slept the entire movie. Worst. Adventure. Ever.

I’ll say it, I totally have judging eyes on this one. She seriously just moved in with seven rando dudes she’d never met before? Who is she? But at least she didn’t just nap for an hour, like some other ladies.

16. TIANA (THE PRINCESS AND THE FROG)

So this one surprised me. Tiana, one of our only ethnic Princesses, is also one of the more recent princesses so you’d think she’d be a super strong, kick-ass girl who sends a great message to the young’ns… Except she doesn’t. The entire film is about how dedicating her life to a career isn’t enough – she needs a man, too. That isn’t her fault, sure, but the part where she believes it, is. Boo! 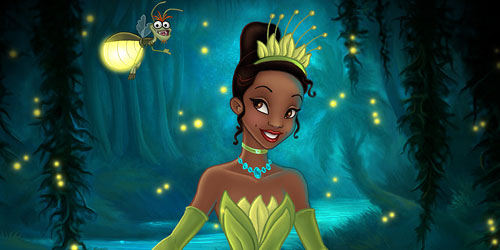 I can see the hate mail now, but that doesn’t change the fact that Elsa was not a great role model. Sure, she was raised to be ashamed of herself and hide who and what she was, but she also let her sister die because she was too cowardly to stand up for herself. Shame on her. 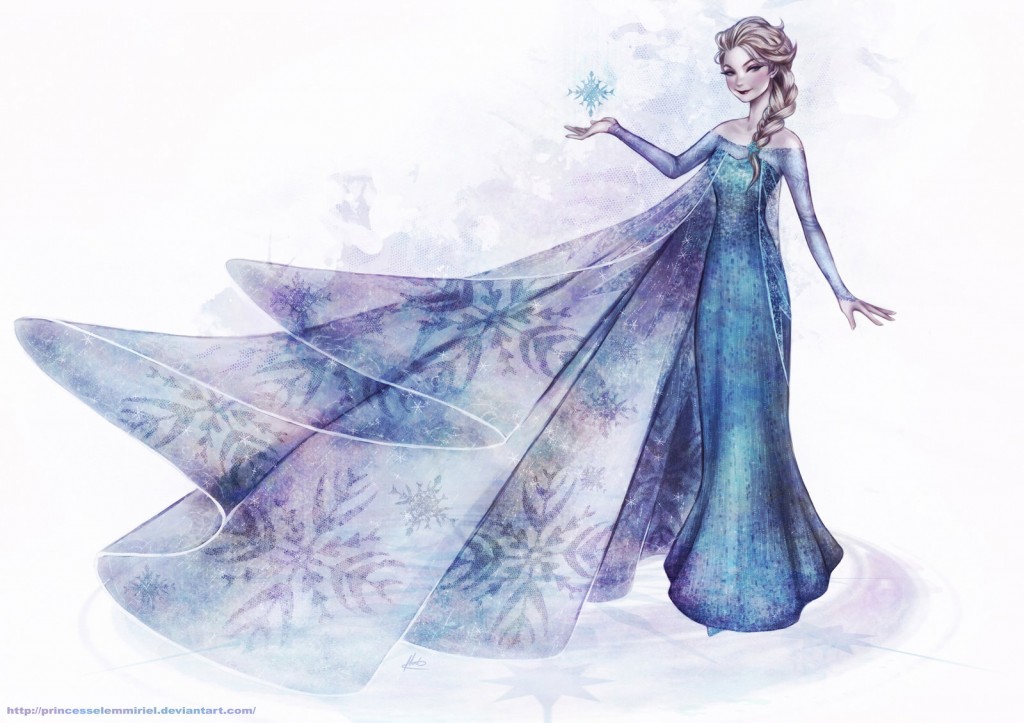 As far as selfish princesses go, Ariel is pretty up there. She gave up her entire family and everyone she loved to be with a dude she just met… Who she didn’t actually meet. For Christ sake, there wasn’t even an introduction. The only reason she isn’t ranked lower is because she had a point: you can’t always make everyone else happy and sometimes you just gotta be you, even if it means you might disappoint others. 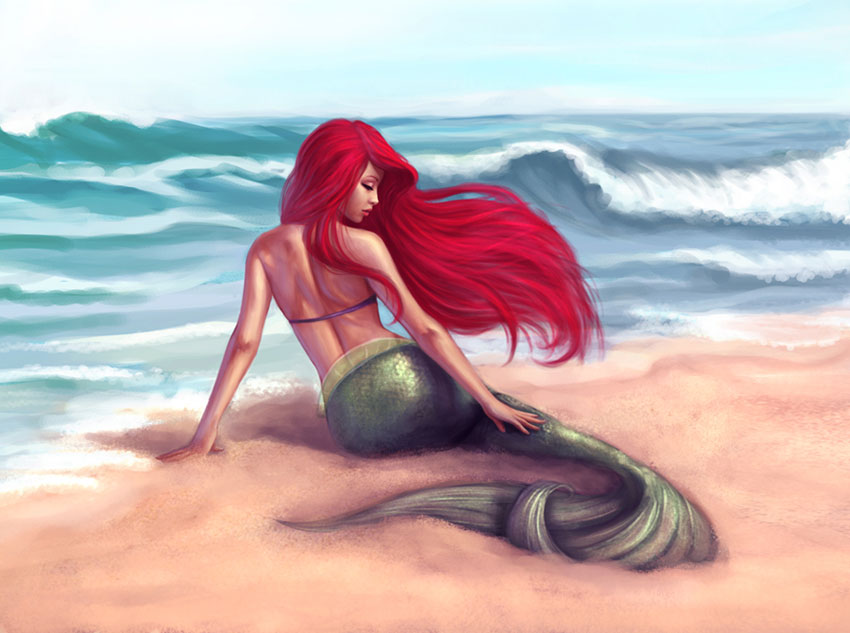 She was a dreamer, and a romantic and that’s great. She was also ridiculously naïve and got her boo killed. (Doesn’t matter that she brought him back, that’s not the point here.) I’m kinda split 50/50 on her. I’ll give her props for not giving up on her dream but allowing it to change, and being generally adorable. Also: Pascal.

Jane may not have been the most interesting character, but she was open to new things and that’s a really important trait in a person. She didn’t understand Tarzan’s world, but that didn’t mean she didn’t want to. She taught him how to speak, and while the argument could be made that she tried to change him (by taking him back to England) she didn’t – in fact it was just the opposite, she realized and accepted that he was from a different world than her, and she was cool with that. Pretty good message of tolerance right there.

Again, with the hate mail. Yes, Belle was very smart and book-wormish, encouraging reading and using your imagination… But she also fell in love with a monster who kidnapped her and held her against her will. Yeah ok, she saw the best in him but that doesn’t make up for the major Stockholm Syndrome that came along with her entire experience.

Yet another princess that fell in love with a man she just met (I’m sensing a theme) but you gotta give it to her – she would not let go of her dreams. She found something she wanted and she found a way to get it. Sure, she could have had more of a spine standing up to her wretched step-sisters, but when your livelihood depends on those freaks do what’s necessary. As far as entertainment value, GusGus was the bomb. 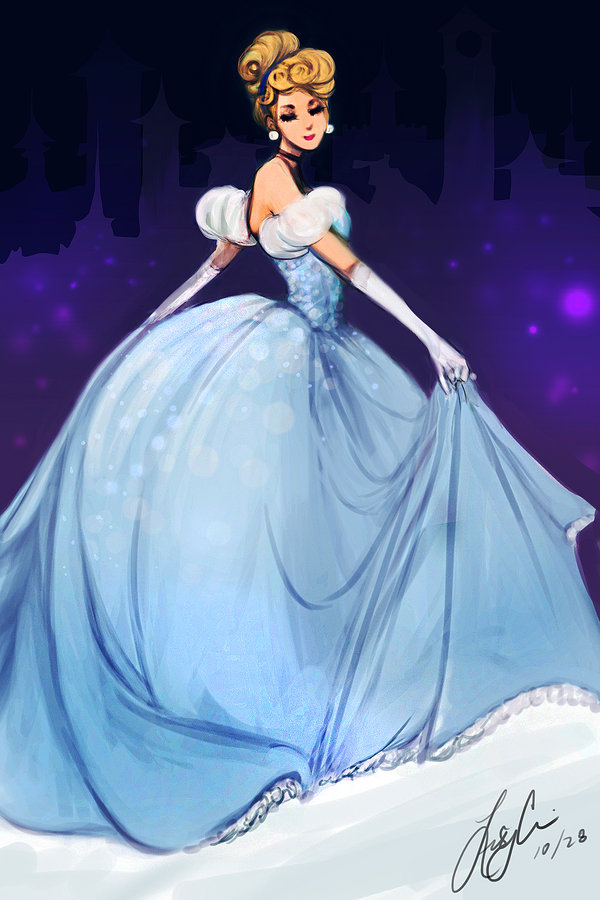 The sass. Sure, she was a baddie for the first portion of the film, but she was also participating in Hades’ schemes against her will and eventually saved Hercules from a falling pillar, sacrificing herself. When Hercules was accepted by the Gods in Olympus, she didn’t ask him to stay with her or give it up for her which is pretty noble (or martyr-ish, depending on your point of view). But either way, the sass. 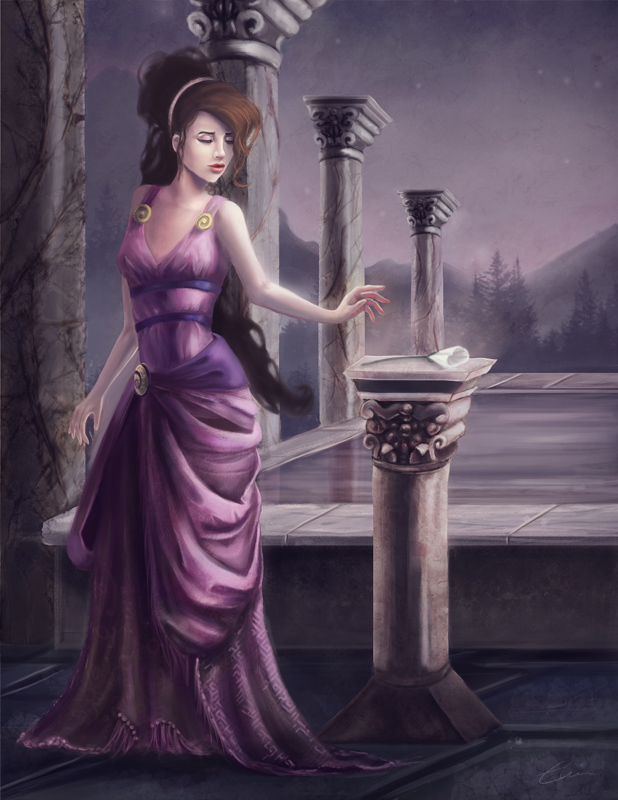 The only reason she’s number 8 is because we have a lot more to go. She was awesome. Strong, courageous, wise, unafraid to be scared (which is hard work!) and she saved hundreds of lives. Girl power. (Could you imagine her as a Spice Girl? She’d be like, Nature Spice or something, which sounds like a really pleasant cup of tea.)

The drugs, the curiosity, the adventure. Alice was awesome. There was no prince, no saving necessary, just a girl exploring a world that must have had LSD in its water supply. Alice went with the flow, and yes while she may have gotten frustrated and homesick, she figured it all out her damn self. (With the help of some colorful friends. Literally, colorful. Cheshire Cat, anyone?) 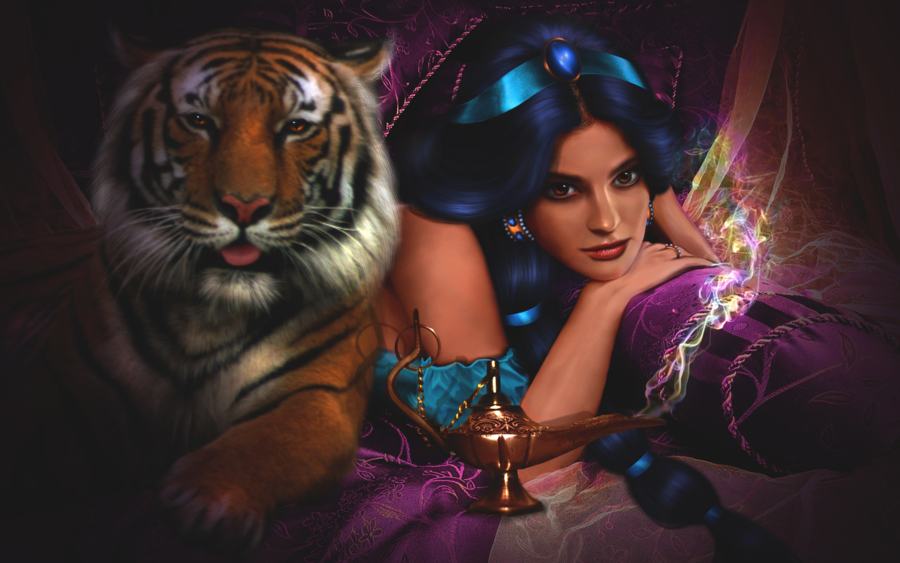 A badass [ethnic] princess from a long forgotten underwater kingdom with shocking amounts of wisdom, awesome fighting skills and hair that I would kill to pull off. Kida was not named one of Disney’s Princesses because ATLANTIS was not a musical, but that doesn’t change the fact that she became a goddamn Queen. Quite literally. 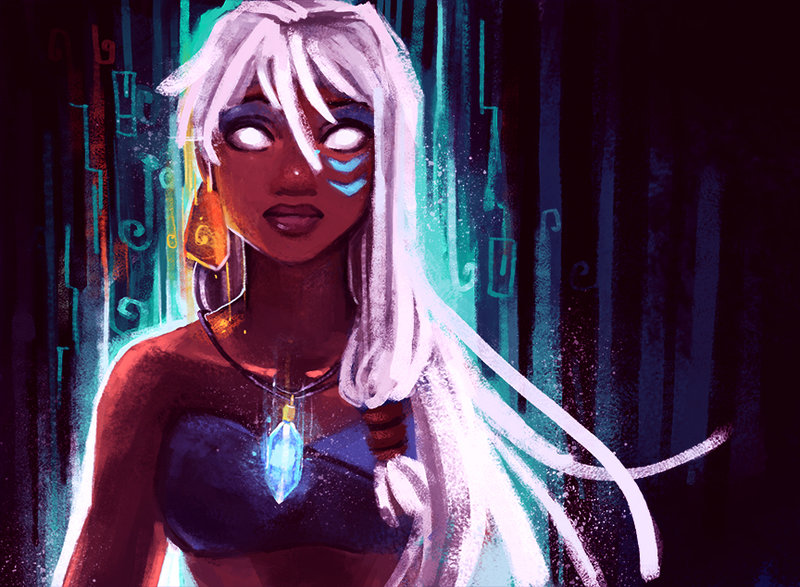 Merida is my spirit animal. She’s strong, tough as nails, refuses to be anyone other than herself, a killer archer, and the hair. Only reason she isn’t one of the top three is because she was a bit of a brat to her mom. Sure, teen angst, blah blah blah, but it took mama getting turned into a bear for her to change her attitude. Stubborn lass, she was. 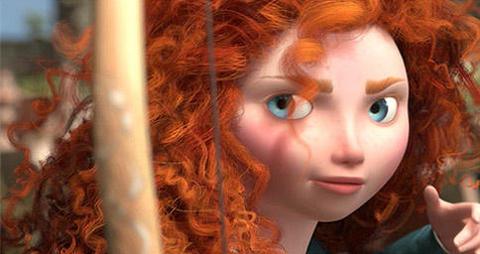 Absolutely the most relatable out of all the women on this list. Anna was full of spunk and life, and Kristen Bell was just perfect to voice her. Even after Elsa turned out to be what she was, Anna would not give up on her. She loved Elsa more than she deserved and would have (and did) do anything to protect her sister. 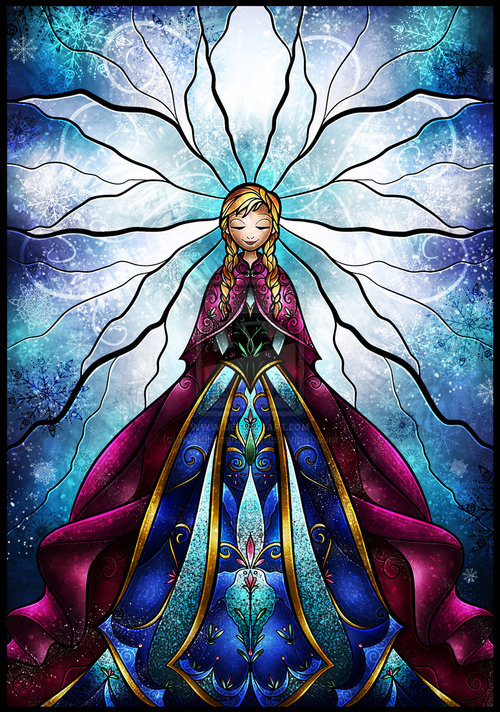 The last two are really tough to rank. On the one hand we have a warrior who, in a time where everyone was bound by honor, men were required to fight for the emperor and women trained to be silent, Mulan wouldn’t have it. She masqueraded as a man to protect her father, and ended up saving an entire country. On the other hand, we have a loyal and compassionate gypsy, the lowest of all in Parisian society who put everyone else before herself. She fought for the less fortunate, the outcasts, and the minorities to be treated equally. Mulan had to fight as a man and ended up changing her place in the world, but Esmeralda chose to fight as herself for everyone else. For that I rank them:

1. ESMERALDA (THE HUNCHBACK OF NOTRE DAME) 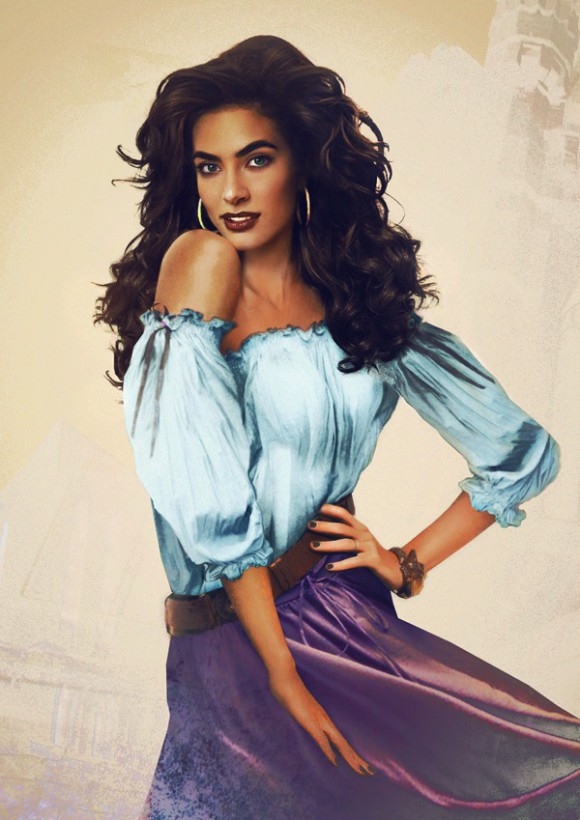 Honestly I’ve got no words of wisdom or closing remarks about this list. It’s always hard to rank your favorites because you want to see the best in them – that’s why they’re your favorites. But admitting their faults and loving them all the same is ok, too. (read: Sound advice in life.) 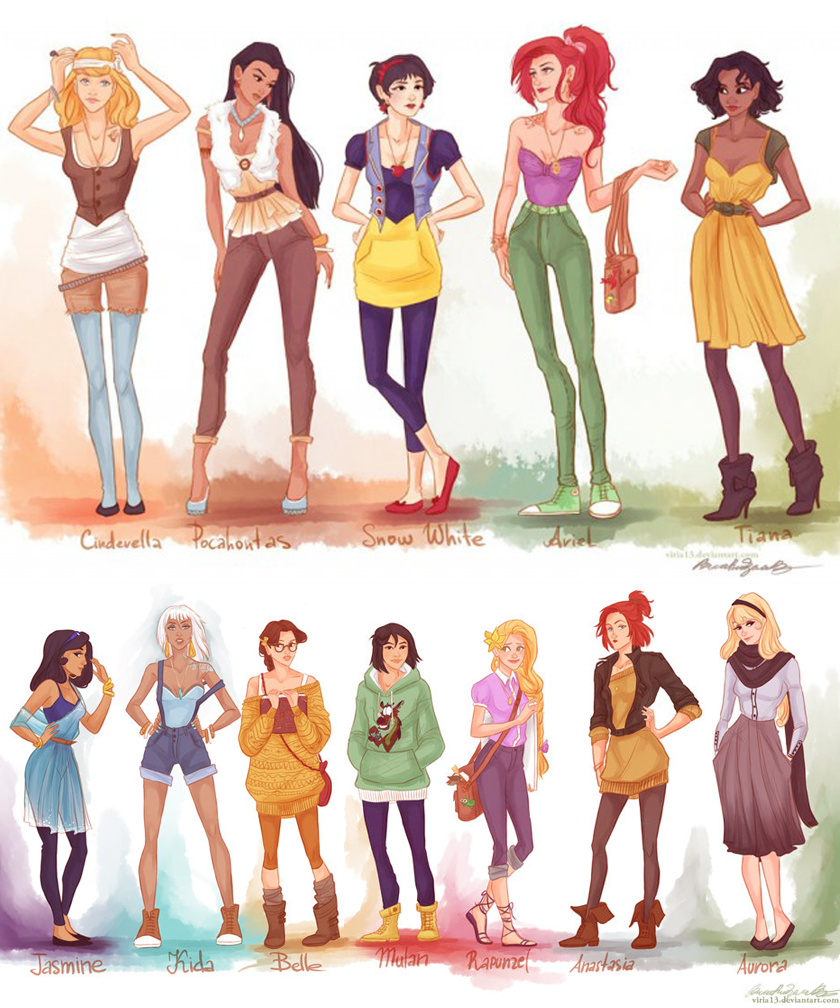 *Also: Anastasia was not included in this list because she was not Disney, she was 20th Century Fox. Haters.