Amid the Crazy, “Broken Horses” Features a Touching Story of Brotherhood 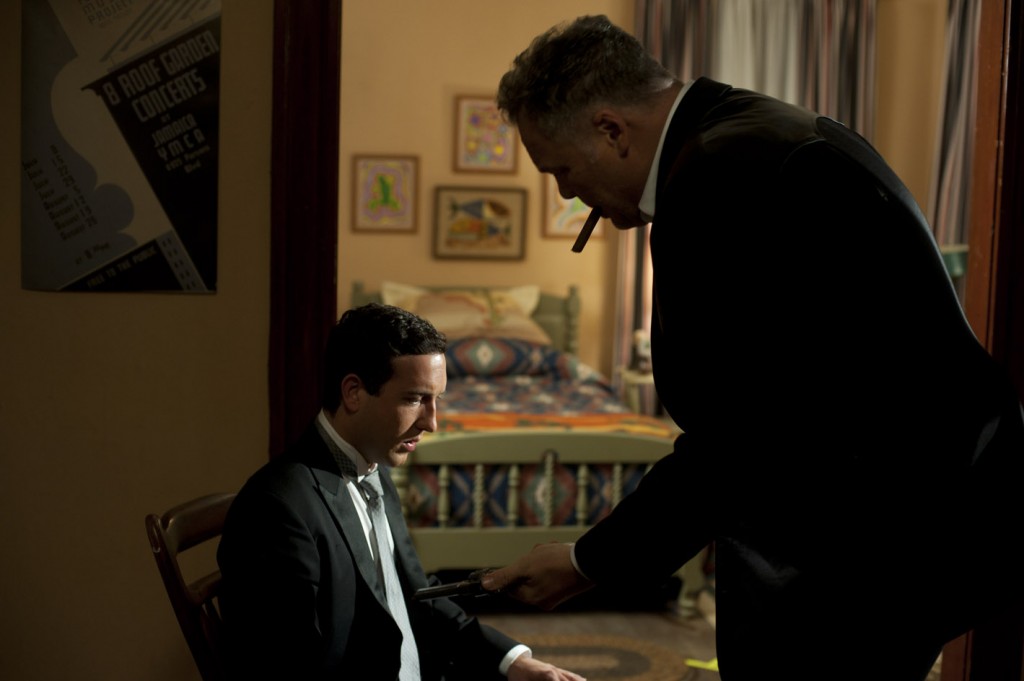 You ever see a movie where you think you’re the only one who likes it? That’s the way I felt about Broken Horses. Though apparently I shouldn’t feel so alone. Here’s one of the quotes adorned on its movie poster:

“Beautifully written, acted and imaged. This film wraps slowly around you like a king snake and squeezes.” – James Cameron

I wouldn’t say it’s necessarily any of those things nor would I count Cameron’s approval as comforting, but Broken Horses was mesmerizing in a sense that I never knew what tone the next scene would have. The movie fluctuates from crime drama, melodrama and a surprisingly effective sibling bonding story.

Our story begins “Fifteen Years Earlier,” when we establish that a) Buddy’s dumb and likes to say “bananas” b) Buddy’s a great shot. And c) his Daddy Gabriel (Thomas Jane) is a Sheriff who gets shot in the head. Then the obvious murderer and gang boss Julius Hench (Vincent D’Onofrio, priming me for Daredevil) pays Buddy a visit, and gives him the photo of the man he claims killed his father, and a gun. Buddy does the rest. 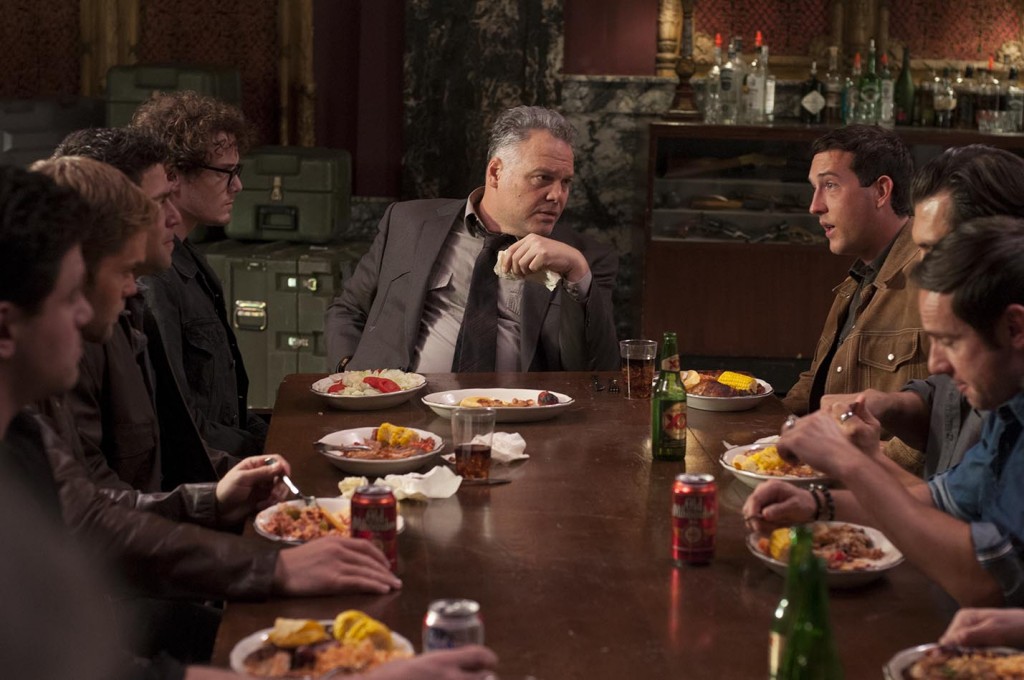 Broken Horses is Of Mice and Men, if Lenny and George’s father was murdered, and Lenny was groomed into a killer by a drug gangster, and George abandoned Lenny in the small town from whence they came to become a New York Philharmonic worthy violinist. “Tell me about the ranch,” Jakey says in the opening flashback, and fifteen years later, on the eve of his wedding, Jacob (Anton Yelchin) is dragged by home. Lo and behold, Buddy (Fanboys and Girl Next Door’s Chris Marquette) has bought a beautiful ranch for his brother…on drug money.

Jacob knows something isn’t right, and it isn’t clear if he’s always known and ignored it, and if that’s why he’s avoided going home. But almost immediately, he’s swept into violence and crime. The overarching message of Broken Horses was almost: that it’s really easy to become a devious criminal. But maybe that’s not such a bad theme; in many families and in many towns, crime is the only option, and even Jacob can’t escape. This movie goes places in the first half hour that I would’ve expected to have taken the entire movie. Instead, there was an entire hour left, and I was never sure if that was a good thing.

There’s a bizarre subplot that stands out even in a bizarre movie involving the legless Ignacio (Sean Patrick Flanery of Boondock Saints fame), a tortured man who used to teach Jacob music, if I had to guess. While his character is mostly pointless, Sean Patrick Flanery goes for broke, and that attitude runs throughout Indian filmmaker Vidhu Vino Chopra’s first U.S. film. 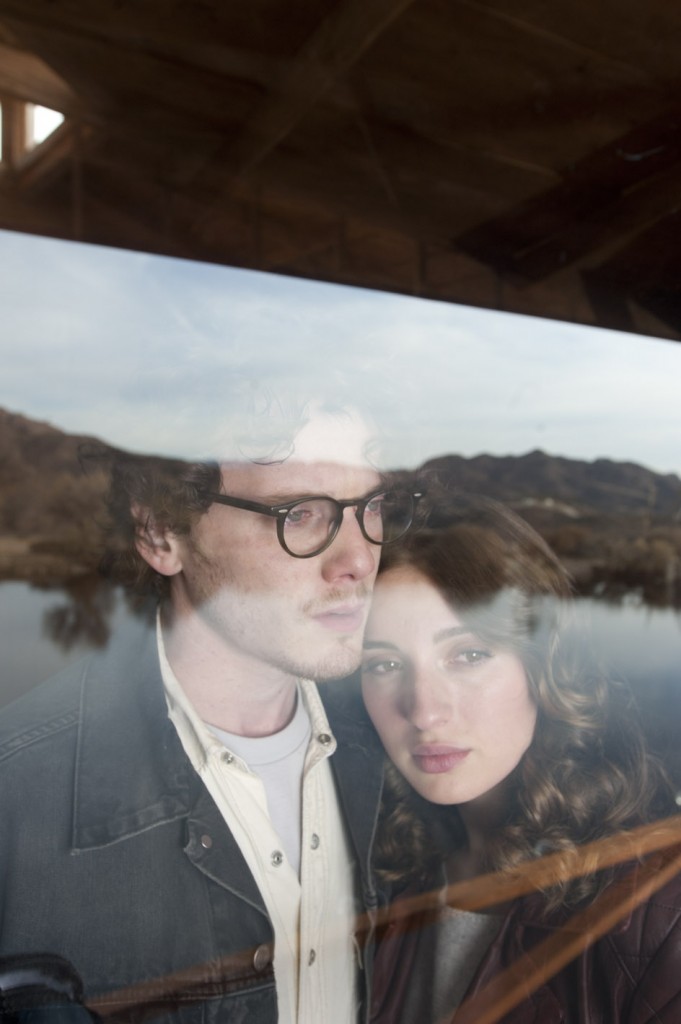 There’s exactly one female character in this entire movie: Vittoria (Maria Valverde), Jacob’s fiancé. For the first two acts, she’s on the other end of the phone, Sienna Miller-ing it. But give the movie credit: she’s a treasure when she finally arrives in Dodge, forcing her way into the climax.

For a while I couldn’t tell if Buddy was adorable or awful, but by the end, I was all in on Chris Marquette’s performance, who I had associated as the douchey comedy relief in mediocre comedies. He’s terrific here; I had no idea what was really going on in Broken Horses, but I was always captivated by Buddy’s mannerisms and vocalisms. It was dangerously close to veering into I Am Sam/“full retard”territory, if Sam had the shocking Hulk-like rage that Buddy can summon. Yet he’s also the cutest: as a kid, he saved his first paycheck (a whopping $6; what is this, 1908?) for Jakey to buy a violin. Buddy spends the entire movie excitedly working on a wedding speech that ultimately, we know he’s never going to give. 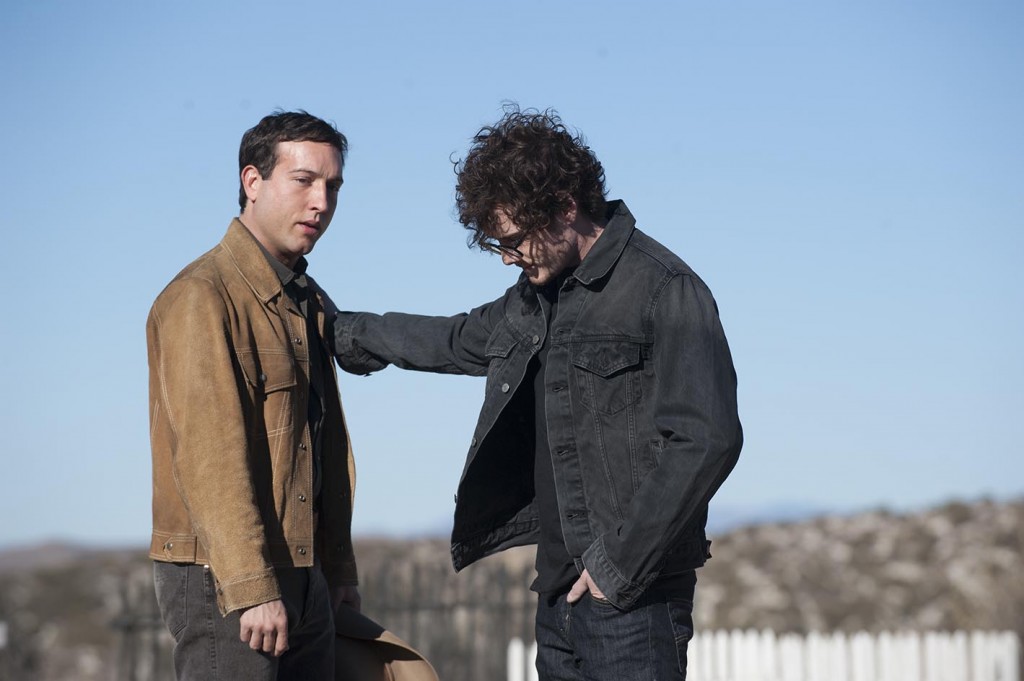 Amid the extraneous stuff, Broken Horses asks a poignant question: What happens when you’re the oldest sibling who’s supposed to take care of your younger brother, but you’re mentally unable to? The answer is honestly heartbreaking, and that relationship made the rest of the movie worthwhile.