Increasingly, TV casts are trumping the casts of even the biggest blockbuster movies (non-Marvel division). Strip away all the bullshit (and glorious) philosophizing, and True Detective‘s first season was essentially a dark and murky playground for Woody Harrelson and Matthew McConaughey to play in. Game of Thrones is Shakespeare with the finest British actors wielding swords, dragons and most dangerous of all, their wits. The upcoming (and surprisingly good) Wayward Pines features Academy Award winners/nominees Matt Dillon, Melissa Leo, Terrence Howard and Juliette Lewis, along with Golden Globe nominees Toby Jones and Hope Davis. Whedonverse stalwart Reed Diamond, ageless Carla Gugino (this ability proving vital to the plot) and 2001-2002 teen crush Shannyn Sossamon (A Knight’s Tale! 40 Days and 40 Nights! Rules of Attraction!) round out the mindbogglingly superlative cast.

But they all pale in comparison to whatever the hell is going on with History Channel’s forthcoming mini series, Texas Rising, an eight part event chronicling the creation of the Texas Rangers. The promise of a smaller commitment and a closed arc has brought the very best actors to TV, and Texas Rising‘s IMDb page is the crowning achievement of the medium.

What follows is a Power Rankings of the most dynamic, mind-bending, weird casts ever assembled. 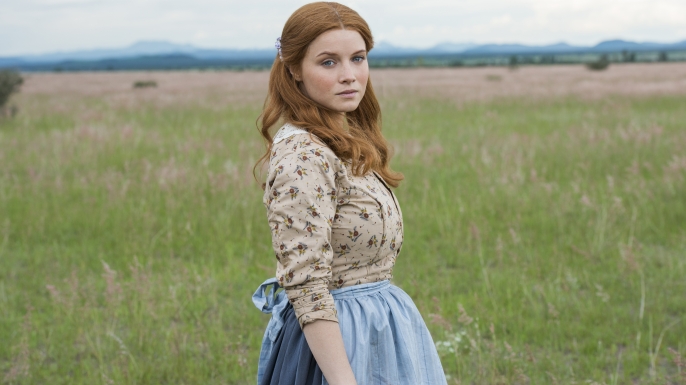 Remember Alcatraz, the much-maligned LOST-y genre show from Bad Robot? That makes two of us! Jones was the plain jane lead, and now has the honor of being Pauline Wykoff, one of like two women in the unsurprising testosterone heavy Texas Rising. She’s so normal compared to her cast mates, that her presence sticks out even more.

Oddly enough (of course odd loses all meaning when you look at this cast), Texas Rising presents the world’s lamest TV show reunion, as Sarah reunites with Joe Egender, who was Ernest Cobb, one of the recurring inmates of Alcatraz. I was probably the first person to ever realize this, and yes, I feel rightfully ashamed. 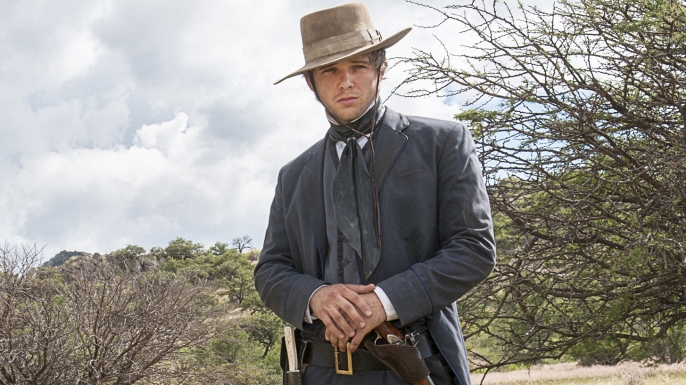 Thieriot is most notable for his confusingly spelled last name, and his role as Norman’s older brother Dylan in the incestuous quagmire that is Bates Motel. He also got to be Jennifer Lawrence’s love interest in House at the End of the Street, the horror movie that thankfully most people never associate with J-Law. Best of all, Max played one of the kids in Vin Diesel’s The Pacifier, a movie that people will forever associate with Vin Diesel and it doesn’t matter because at some point after The Chronicles of Riddick, the world began to recognize Fast and the Furious as the greatest franchise of all-time. There’s at least 16 academic theses to be written about Vin Diesel’s fascinating career and the rise, fall and conquest of Fast and Furious. Max Thieriot would blessedly never be mentioned in any of them. 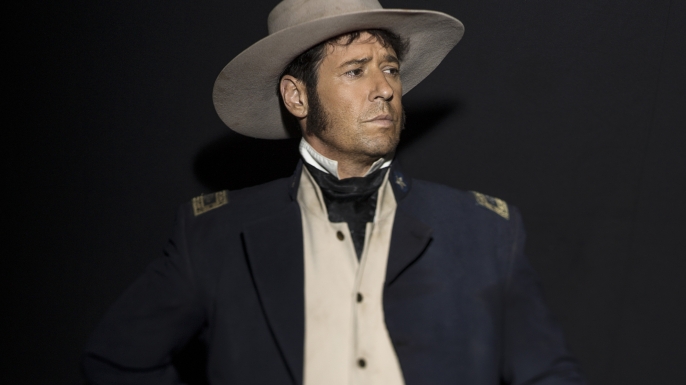 Rob Morrow might be one of the most boring actors on the planet, a necessary antidote to the crazy he’s acting opposite in Texas Rising. His weird quotient solely comes from being friends with Fisher Stevens and dropping out of The Island of Dr. Moreau, one of the greatest bombs in film history.

Back when TV and movie acting was more heavily delineated, Rob Morrow was probably the poster child for whatever “TV actor” means, thanks to Northern Exposure and Numb3rs, book-ends that made Morrow a near constant TV presence from 1990 to 2010 (there’s like a 10 year movie break in the middle, but that makes the statement less impressive).

Fun fact: He hosted Saturday Night Live in 1992 with Nirvana as the musical guest. 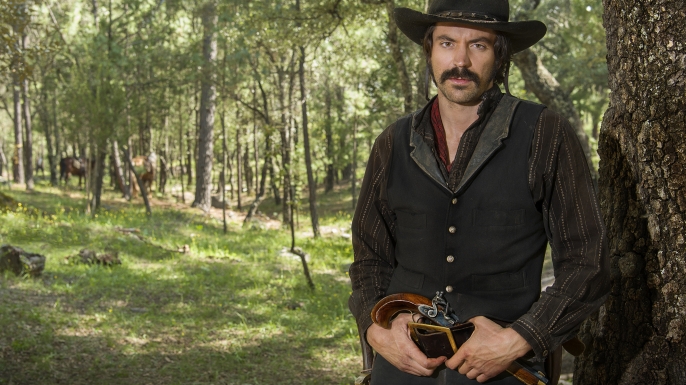 Sure, he’s been on Lilyhammer (the most anonymous Netflix show on the planet), A Gifted Man and Hostages, three shows that have never come up in any conversation ever. But he’s also been Billy Walsh, one of the all-time great bad guest stars on a show that functions as a guest star factory: Entourage. Billy Walsh is the worst: he’s a dickhead drug addict director, which is pretty much every one on that show. 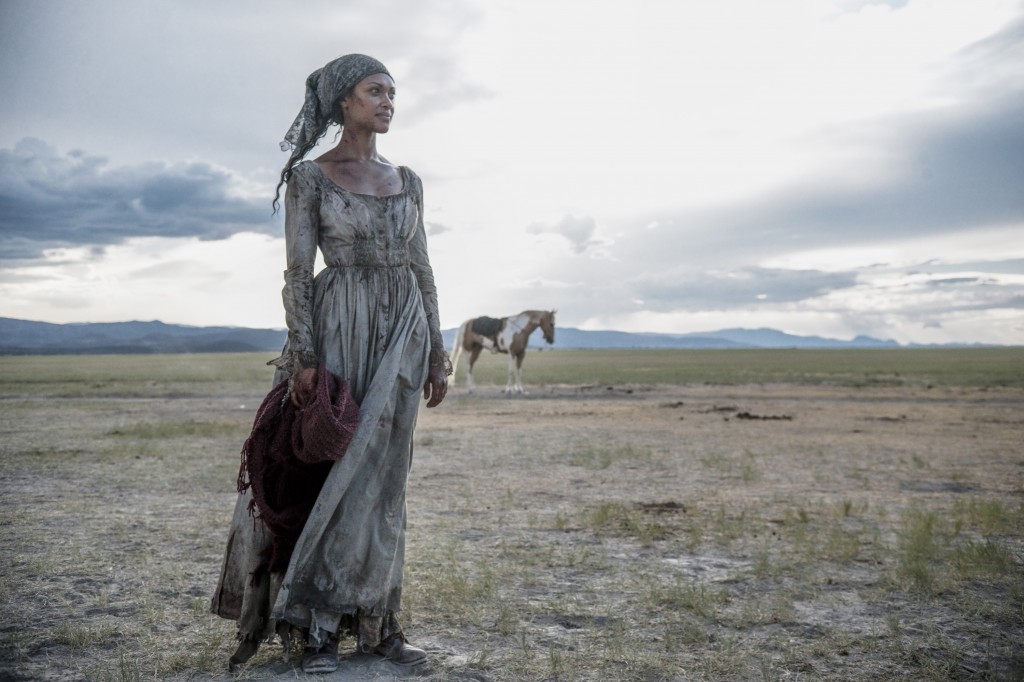 She’s the incomprehensibly evil Amanda Waller on Arrow and was Crixus’ badass love Naevia for the last two seasons of Spartacus. She also was “San Francisco Woman” in Star Trek Into Darkness. Between those three, she can run the convention circuit for the next two decades and most importantly (in the scope of this piece), these roles have led to her career-making role as “The Yellow Rose of Texas,” Emily West. 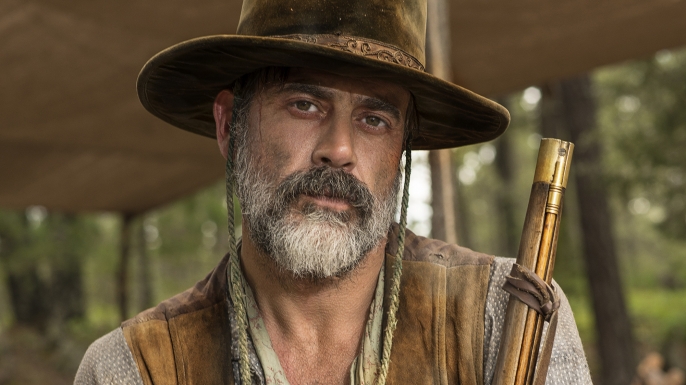 This guy’s had a fascinating career, and it’s all come to his crowning achievement: his role as famous frontiersman ‘Deaf’ Smith. Before becoming a maybe household name, JDM was apparently on JAG for seven years, which I think is a better punchline than anything I could write. He was also the inciting incident for the entire Weeds show: he was the Dad who died and left Nancy Botwin to sell dope. His name was Judah, because Jewish.

For a couple years, Jeffrey Dean Morgan had a high-profile, fan-favorite role on two of the buzziest TV shows at the same time: Supernatural and Grey’s Anatomy. It’s almost as if Morgan’s presence on a show adds an infinite number of seasons to its preordained allotment, long after he’s left set. While those shows roll on, interminably and forever, lasting well beyond the natural resources we’ll need to stay alive on this world, Morgan parlayed his popularity (?) into a brief stint as a (comic book) movie star, with roles in Watchmen and The Losers. Because of his nerd cache (read: his willingness to be in comic book movies), most of his work now comes in fancasts and miniseries’ (and STARZ; I guess Magic City was a thing for a couple seasons). He’s going to be Joe DiMaggio in Lifetime’s upcoming The Secret Life of Marilyn Monroe, which will definitely be on my DVR (read: I don’t have a DVR). 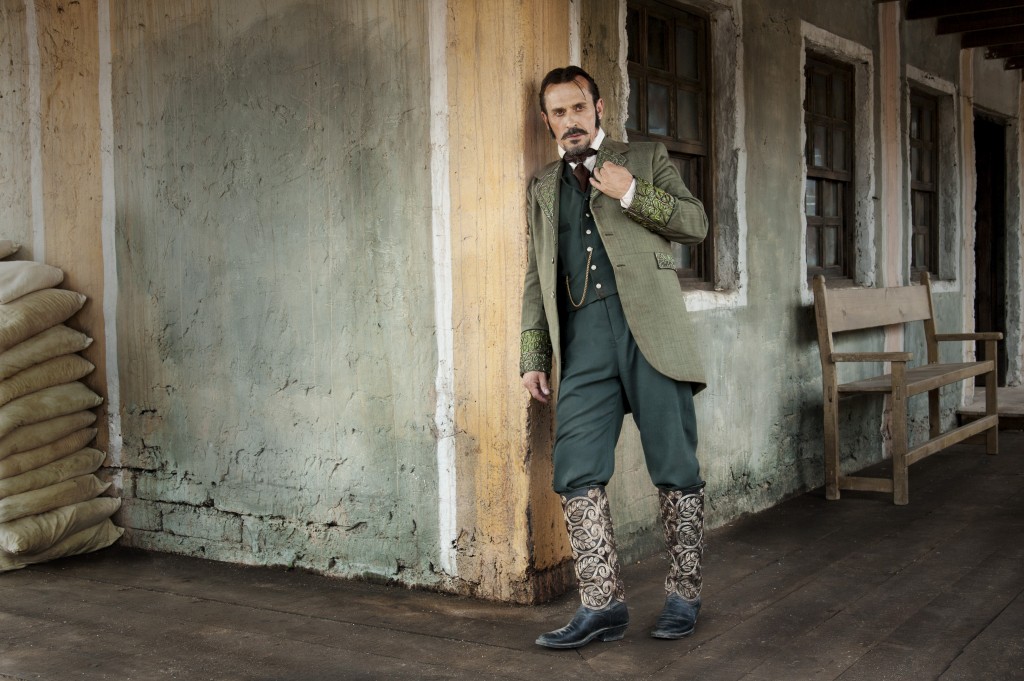 Look at them boots.

Knepper had apparently been working steadily since 1986 before Prison Break (he was on Murder, She Wrote for three seasons!), but I guarantee you didn’t know that until you saw him as breakout character T-Bag in the show that was every douchebag’s favorite show (admittedly, it had a pretty great first season).

Since then, he’s been creepy everywhere, be it Heroes, Stargate Universe, the Clock King in Arrow and even in The Hunger Games: Mockingjay. 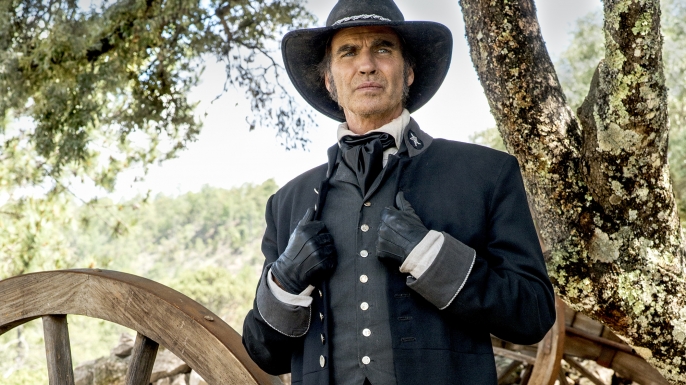 I had the impression that before LOST rejuvenated his career, Jeff Fahey was skating by as an occasional guest star known solely for The Lawnmower Man. The guy has 139 credits, and most of those happened before Frank Lapidus entered our lives and made them infinitely better. Since then, however, Fahey’s had more high profile work in Under the Dome, Justified and this hilarious looking Hatfield and McCoys movie starring Christian Slater (who would rank #7 on this list, to give you a reference for how crazy we’re about to get).

For his role on Texas Rising, Fahey had to shave his beard to play political and military leader Thomas Rusk, the first Secretary of War of Texas. I strongly suspect most of his powers come from his beard, so this might be a risky career choice. 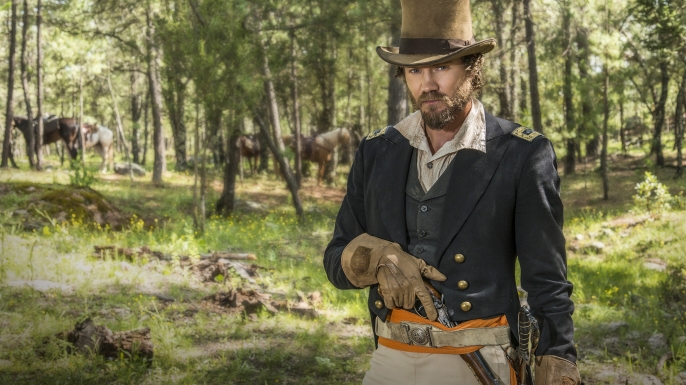 He somehow actually had more than one layer on Agent Carter (and we’ll get to see more of the cowardly cocky dickface in season 2), but he’ll forever be the guy who had sex with Joey and Jen on the Creek, a claim that can only be staked by one other man (and it’s his fucking creek, yo!). CMM’s the fucking worst. And because he’s so good at being the worst (and reportedly/some girl told me once he’s just like that in real life), he gets a spot in the top ten.

At some point, when I’ve dug myself into a deep dark crevice that I can’t get out of, I’ll create a Chad Michael Murray podcast. 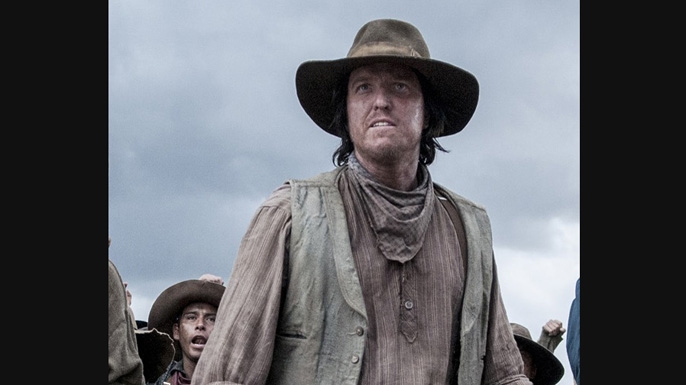 Jake Busey is not only the son of Gary Busey (who has since lost his right to have children) but had the pivotal jerk-rival soldier role in Starship Troopers, a movie that one could argue is the best of all-time. 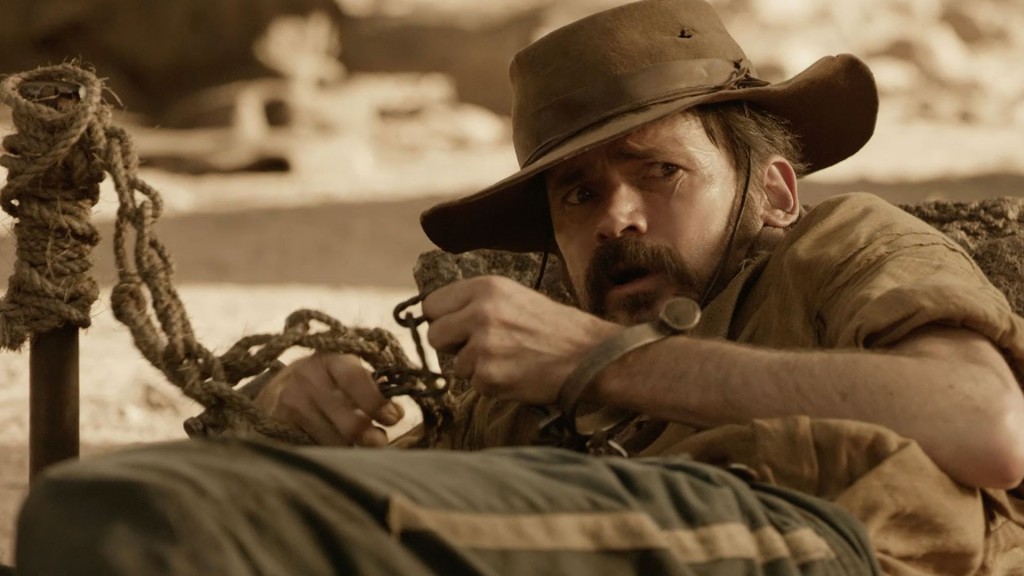 The LOST (and Justified) train continues with the man behind two of TV’s finest creations: rocket scientist Daniel Farady and redneck runt of the family Dickie Bennett. That would be the incomparable Jeremy Davies, who’s been squirrely-quirky since before Saving Private Ryan and Twister. 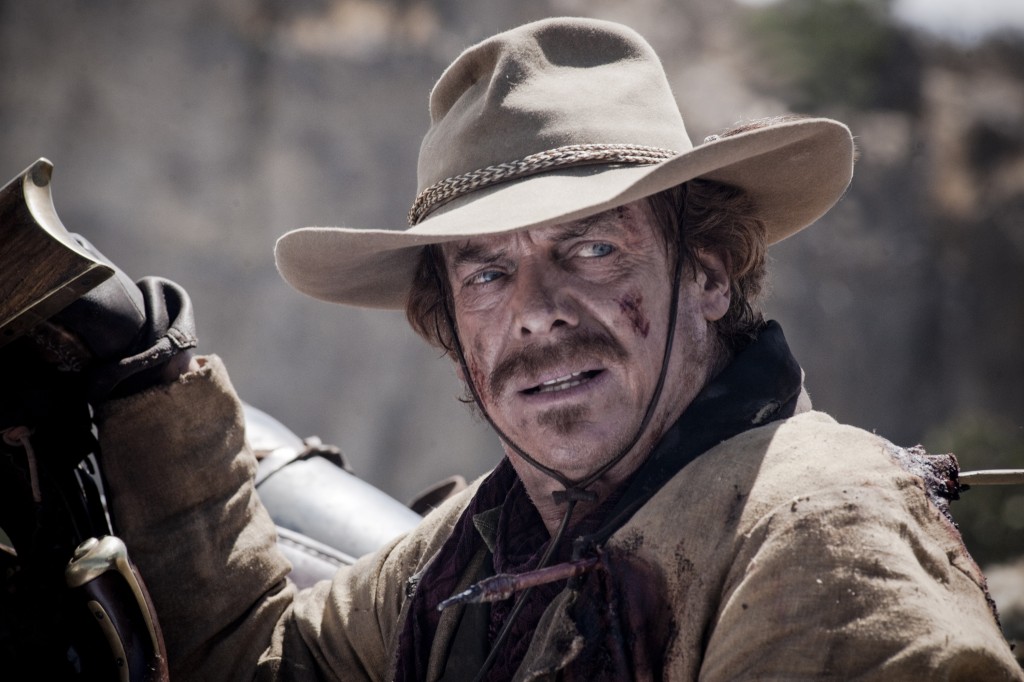 SHOOTER MCGAVIN IS IN THIS SHOW. And he apparently gets an arrow through the shoulder as famous Texan soldier Henry Karnes. I could spend 10,000 words writing about this guy’s IMDb page, but suffice to say he’s voiced Harvey Dent, Jor-El and been on Kim Possible. 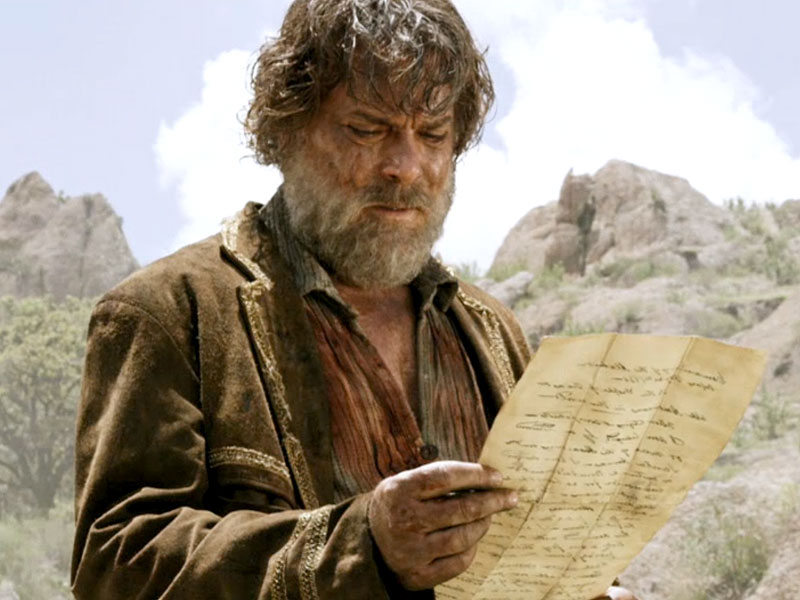 Yup, that old man with a crazy beard is Ray Liotta. There’s not much else to say beyond that. He kind of looks like he’s auditioning for The Ten Commandments. 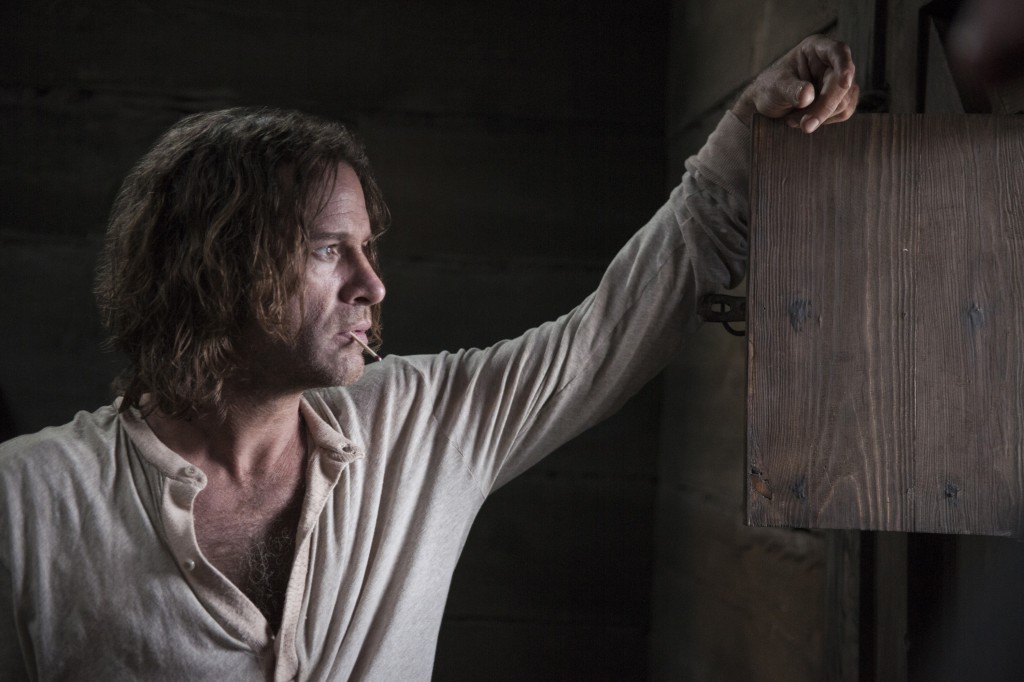 The only time I saw Thomas Jane in person, he had a braided beard, was wearing those weird toed shoes, and was shepherding his kid to a movie he can’t have wanted to see at the Egyptian Theatre. I believe that everyone on Earth has seen this exact same thing, maybe all at the same time, because Thomas Jane is a mystical Native American spirit.

He’s The Punisher. When HBO needed a star with a big dick for Hung, they went to Tom Jane. He’s been Mickey Mantle. Now he’s James Wykoff (wife of Sarah Jones’ character from earlier). 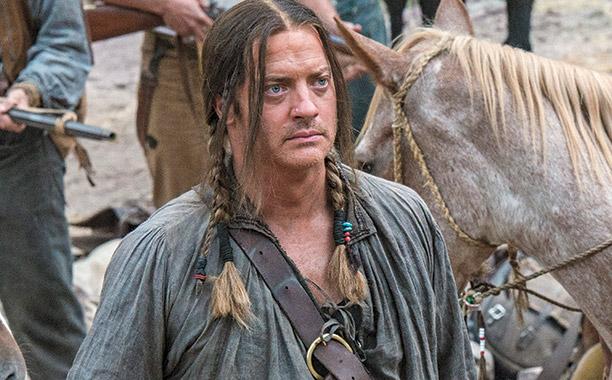 In 1999, Brendan Fraser might as well have been Indiana Jones after The Mummy. It was a star-making turn not unlike Chris Pratt in Guardians of the Galaxy. Then he had a string of bombs that the Gods of Hollywood will sing about long after we’re all dead: Dudley Do-Right, Bedazzled, Monkeybone and Looney Tunes: Back in Action. Jesus. He was also replaced by The Rock in the sequel to Journey to the Center of the Earth. We all wish we were replaced by The Rock in something, but Brendan Fraser can actually boast this claim. 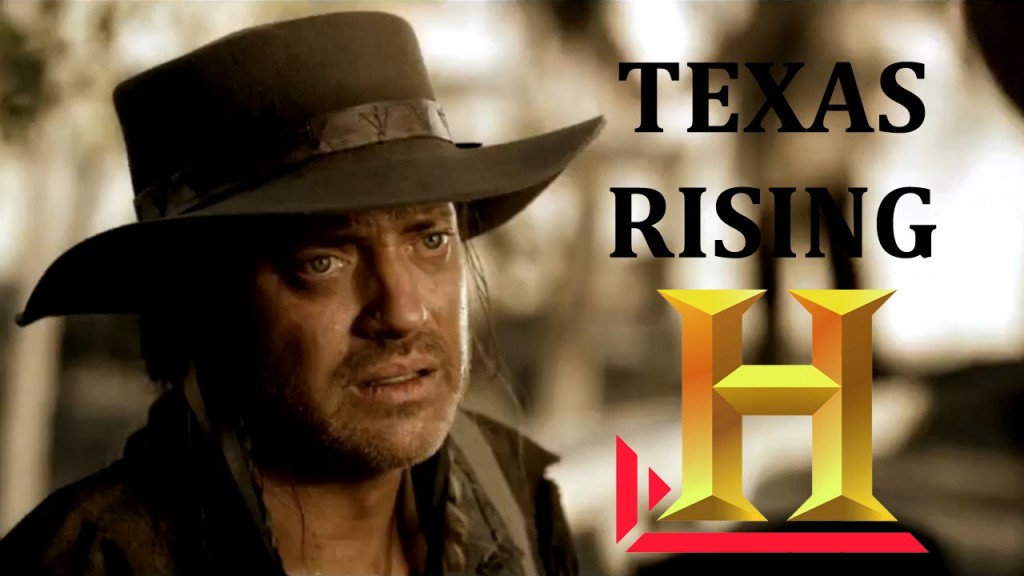 I hope he turns out to be Star-Lord’s Dad in Guardians 2, or at least, gets another spot on a TV comedy, because he was wonderful in Scrubs. [Insert clever McConaissance-like phrase for Brendan Fraser here] 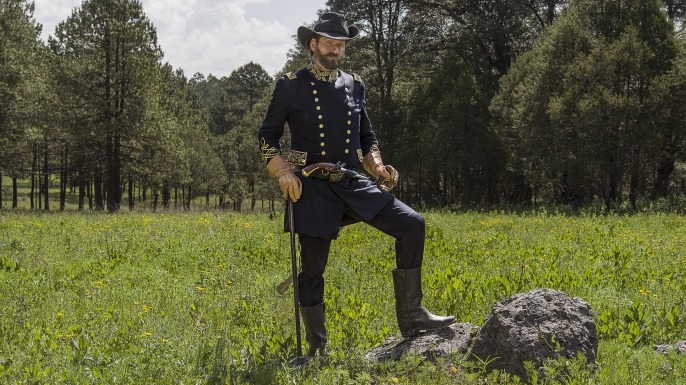 Crispin Glover is one of the weirdest humans on the planet, and I just learned that his middle name is Hellion. I love Crispin Glover.

His George McFly is one of the finest cinematic pleasures there is, but until the last couple of years I had no idea he didn’t even play him in Part II or Part III (that was Jeffrey Weissman) because he’s…difficult.

He terrified me in Willard. He was the villain in Charlie’s Angels 2, which says about as much as you need to know about Charlie’s Angels 2. He was in Hot Tub Time Machine, What’s Eating Gilbert Grape? and Like Mike. Glover was the Knave of Hearts in Alice in Wonderland; Grendel in Beowulf. In other words, Crispin Glover is everything.

Now he’s Moseley Baker, the Speaker of the House of the Alabama House of Representatives, who (SPOILERS) led impeachment proceedings against President Sam Houston while serving in the Congress of the Republic of Texas. Acting is so weird. 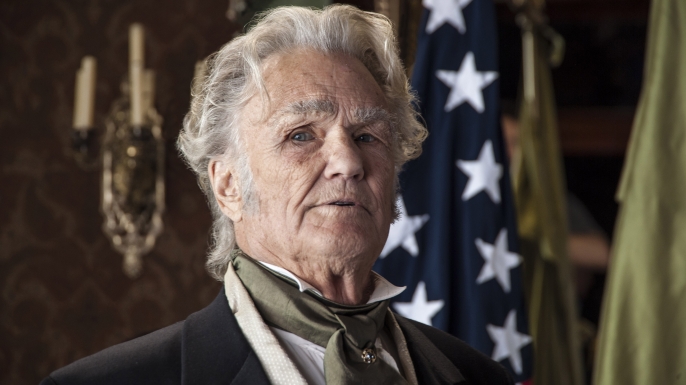 WHISTLER! Is there a more underrated franchise than Wesley Snipes’ Blade? If the MCU doesn’t have Wesley Snipes lurking in the shadows of the MCU’s Hell’s Kitchen during its Netflix crossover megaseries, it’ll be a damn shame. 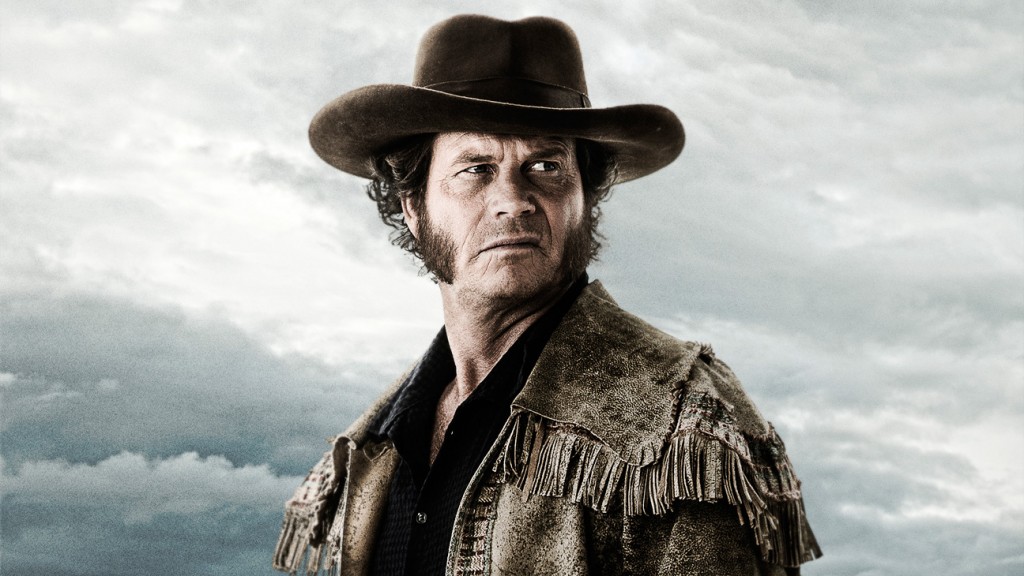 Any clairvoyant would’ve known there’s no other possibility for #1 than the man who-will-be Sam Houston.

Has there been an actor who’s had a more fun career than Bill Paxton? He’s been apart of pretty much every action movie touchstone AND is Dinky Winks in the Spy Kids franchise.

Because of that, there’s no more rightful ruler of this divine Texas Rising cast than Bill Paxton. GAME OVER, man.