Spoilers for the opening scenes of X-MEN: DAYS OF FUTURE PAST follow. 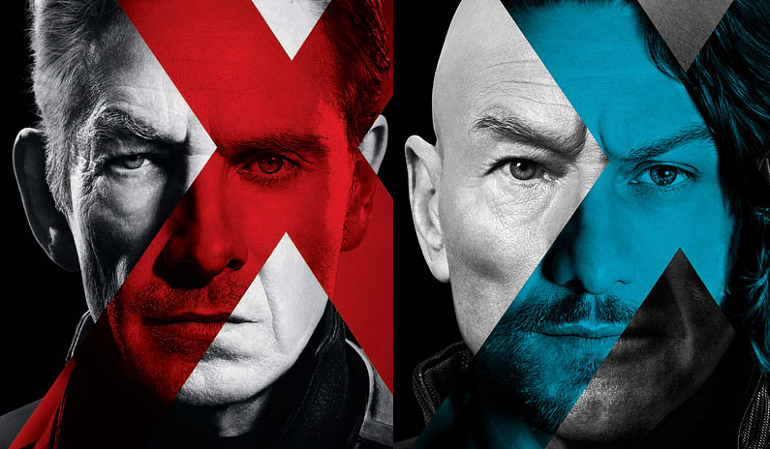 If there’s a dark cloud hanging over the sunny festivities of WonderCon, it’s likely the sexual abuse allegations that have been thrown director Bryan Singer’s way. He had been planned to represent his newest film, the epic gigantic crazy mind$#%# X-Men: Days of Future Past, but those were obviously squashed.

But the FOX presentation for X-Men: Days Of Future Past still went on, with writer and X-architect Simon Kinberg there to take his place.

It was a brief panel, but it’s hard not to get excited about this movie, even if it seems destined to either rule or blow up completely.

As Kinberg states, it’s the “biggest collection of X-Men on the screen” and of course, features time travel, something fraught with difficulty. It was, in fact, the trickiest part of the movie, and especially the screenplay (that Kinberg worked on). They wanted to use real science, but if that was the case, they wouldn’t have time travel. They met with physicists, and actually got a big assist from a film time travel guru, one James Cameron, who gave them advice, and scientific evidence to study. According to Kinberg, they were really meticulous with how time travel worked. They set up rules at the very beginning of the movie and stick with them throughout. As long as they do that, I think we’ll all follow. But I don’t think many are going to see DOFP for “realistic” time travel science. They’ll likely be disappointed.

Then, those at the panel were given a taste of the latest trailer, one that no has seen on the big screen until now. Even cooler, we got to see an extended version of the opening battle that has also been introduced online, and we’re the first to see this extended clip.

It doesn’t disappoint, even if it seems crazy spoiler-y. But clearly, with the time travel elements, any deaths or big events can or aim to be rebooted, and especially since they’re showing this scene before the movie hits, all is not what it seems. Essentially, the scene involves the new, future-y Sentinels and the young X-Men, both new and old to the films, from Blink, Sunspot, Shadowcat, Iceman, Colossus, Warpath and Bishop. It doesn’t go well for the group, but we get to see how Blink and Sunspot’s powers will translate to the big screen, and how Iceman and Colossus’ powers have developed since X3. Blink looks super cool, I’ll say, while the others look a bit too heavy CGI/shiny. It ends with almost everyone dead, but Shadowcat and Bishop are able to transport/time travel? away, in the nick of time (“Too late, assholes.”).

Kinberg mentions that “Days of Future Past” was his favorite X-Men story growing up, and also owns up on some past mistakes by the franchise. We “probably should’ve done better with Dark Phoenix, but this is our attempt to make a cool “Days of Future Past.” They are literally going back and righting our wrongs, like the characters.

The mood and colors of the past and future provide rich contrast. The 70′s gives a bright, splashy color palette, while the future is dark and somber.

James McAvoy‘s first day on set was the scenes between him and Patrick Stewart, a daunting task. It was the bridge between the two time periods and cast, and was referred to as the “nose off,” because they were filmed in profile, and it displayed their significant noses. 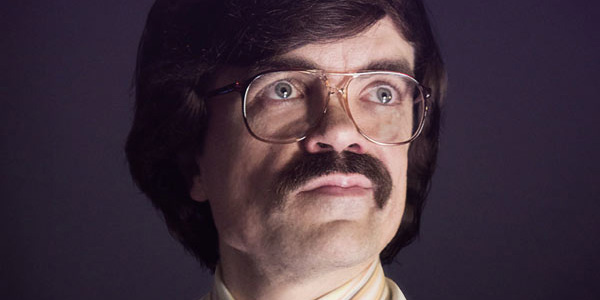 The discussion turned to Peter Dinklage, as most do these days. He’s playing the villain in the film, Bolivar Trask, the creator of the Sentinels. Kinberg didn’t write with him in mind, but like everybody else, he’s obsessed with Game of Thrones. They needed an actor who could stand up to the big level of actors they have (McAvoy, Michael Fassbender, Jennifer Lawrence, etc.) Dinklage very quickly became their first and only choice. According to Kinberg, he’s spectacular in the film, and gives gravity and humanity to Trask, “hard to with a villain.” Not a well written one.

The film does indeed have Richard Nixon in it, and not just clips like First Class had of JFK. There are significant scenes between Nixon and mutants, Nixon and Trask, and they posit that the Watergate tapes that went missing had something to do with mutants. Does he hate mutants? It’s not black and white; Nixon is a complicated dude.

Hugh Jackman didn’t get much off time between shooting Wolverine and DOFP, but he actually preferred that, because he didn’t go up and down from his insane diet and workout regimen. Wolverine, of course, was the only guy in both time periods, so he had the most important role in the film. Because Wolverine. Hugh gets to play two versions of the character, as they made Wolverine the character to go back in time, and not Kitty like in the comic books, for a lot of reasons (because Wolverine).

And that, was that. Stunningly, the film is coming out on May 22nd, barely over a month away. Crazy.