At this point, everyone is familiar with THE WALKING DEAD, which is pretty incredible, since it all started from an Image comic book by Robert Kirkman, and unless you were a George A. Romero (or Simon Pegg/Edgar Wright) buff, a zombie was just what you felt like on Monday morning. Now, it and zombies are everywhere, with toys, books, video games, apparel and obviously AMC’s incredibly well done TV show.

Aside from all the original content surrounding the universe, THE WALKING DEAD ESCAPE is probably the most exciting and tantalizing thing for fans. The intricate zombie obstacle course kicked off in 2012, and like everything else associated with Robert Kirkman’s seminal comic book about what happens after a zombie apocalypse, it was a rousing success and became wildly popular. To sate demand and to reach as many people as possible, this year Skybound launched a Tour, spreading the virus through Baton Rouge, Houston, Atlanta, Minneapolis and Hartford, with Miami (10/25), Tampa (TBA), Jacksonville (TBA) and New Orleans (TBA) still to come. 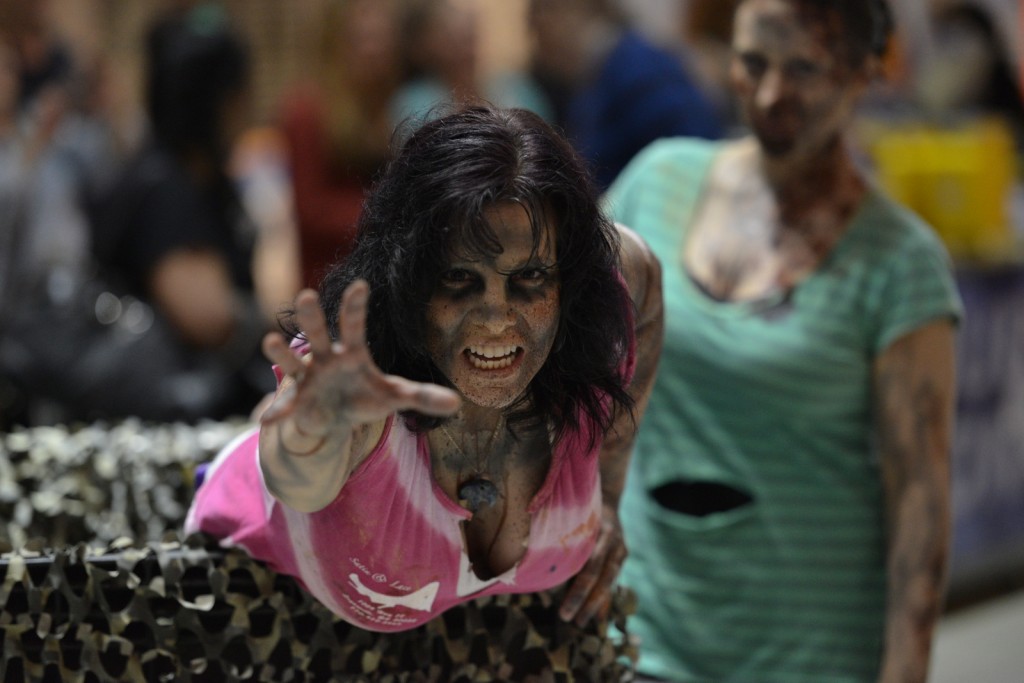 But on July 25th and 26th, the zombie virus returns home, coming back to San Diego for its third straight year, as a part of the San Diego Comic-Con, a nerdvana rapidly approaching critical mass.

Social media offers us the ability to be closer to the actors, writers and creative process of the show, but THE WALKING DEAD ESCAPE is why it’s so great to be a fan these days. It gives us the chance to actually interact with the world in which we love, and ESCAPE’s success and expansion only promises more like events in the future. 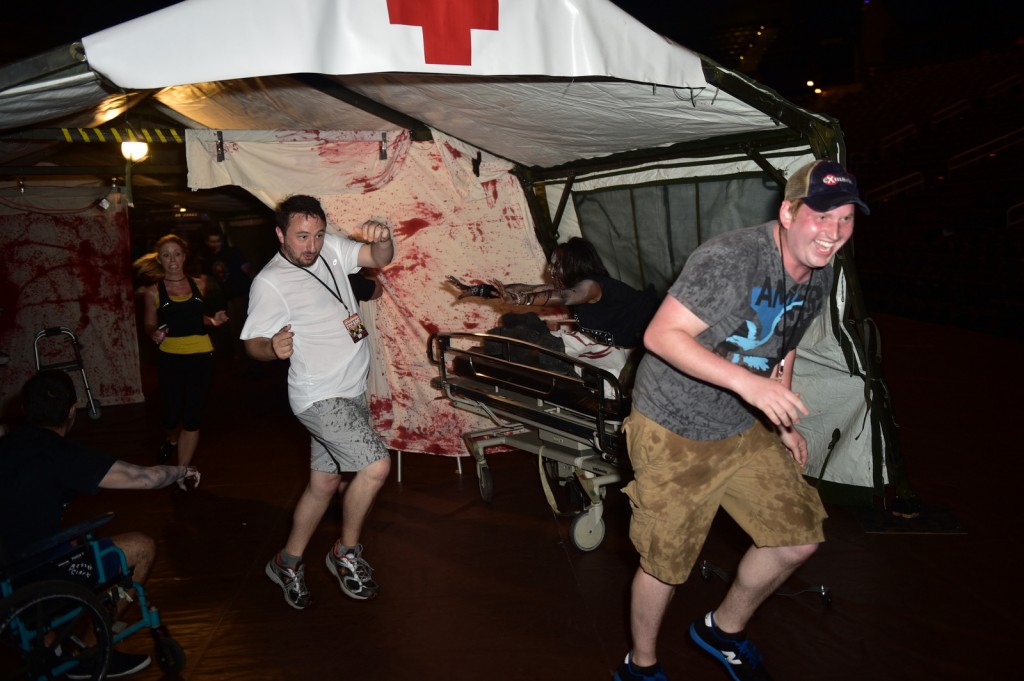 We’re granted heretofore unparalleled access to the world in which we love, and ESCAPE offers us zombie freaks to get in on the action. You can either sign up as a survivor, for $60 (with Military service and group discounts), or be transformed into a Walker, for $80 (same discounts apply). Alternatively, if you prefer to watch carnage and relish in other people’s terror, rather than feed your own, you can participate as a Spectator, for just $20. We live in a universe where Moms and Dads can bring their kids/teenagers to a giant baseball stadium ravaged by a zombie apocalypse for their birthday, snapping shoots gleefully from above. I like this universe. 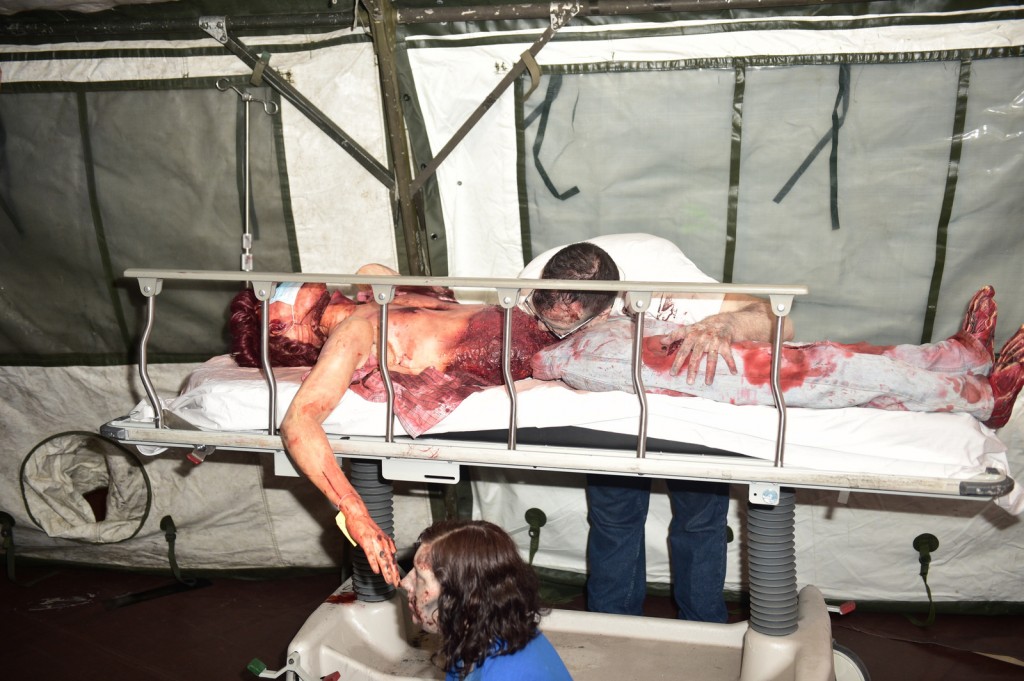 People can and will debate THE WALKING DEAD’s quality to death (pun unintended), but no one doubts the excellence of Greg Nicotero and his team’s make up and SFX design for the zombies, and ESCAPE lets people become one of his living dead (and get zombie training), or allow us to run for our lives from them. How freaking cool is that? Until this year I could only imagine, but come next Saturday night, I’m going to summon my inner Daryl Dixon, and attempt to survive a herd, and witness first hand Skybound’s immersive zombie experience.

Tickets are still available, but selling fast, if you find yourself in the southern California area next weekend. There’s also still time to volunteer, granting you behind the scenes access, and perhaps untold secrets into the art of zombie making and survival. Perhaps some of Greg Nicotero’s genius will rub off on you. Or that might just be blood. 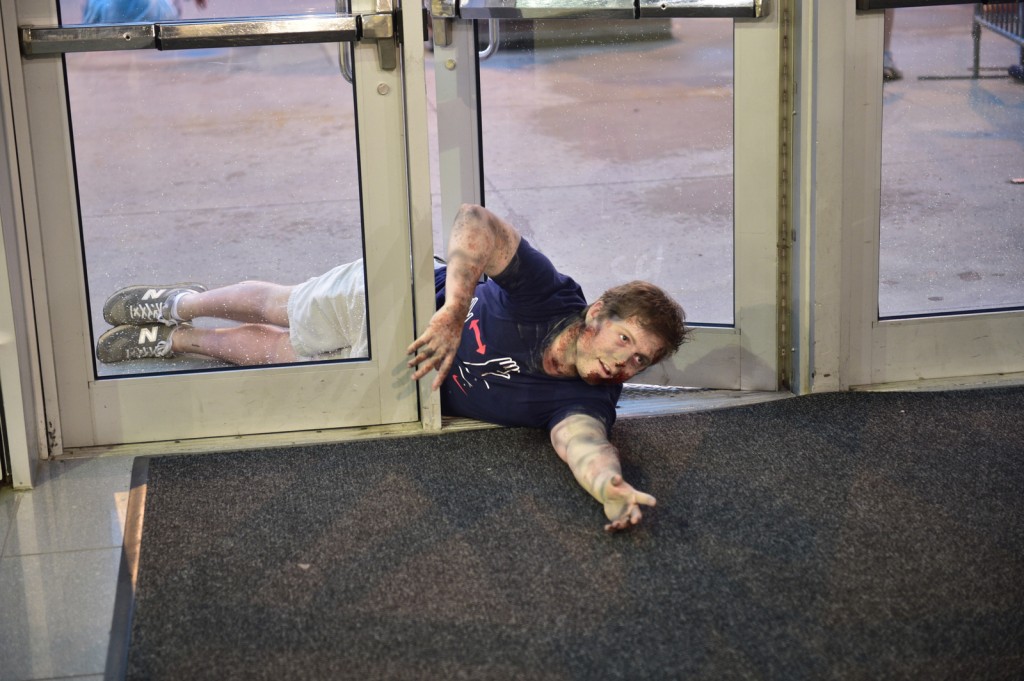