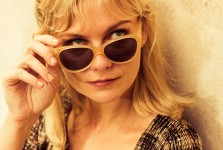 Based on a novel by Patricia Highsmith, The Two Faces of January is a well-acted, reasonably well made, vaguely Hitchcockian suspense thriller that explores the similarities between star Viggo Mortensen (Lord of the Rings)and a guy who’s been labeled a future star so many times that he’s already leapfrogged over … Get hard