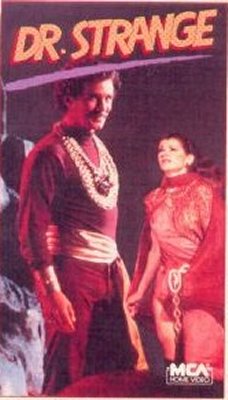 In the not-too-distant future, Marvel Studios is going to give us a new Dr. Strange movie. It’s going to happen, and if done right, it’s going to be awesome. But can it ever even hope to be better than the original 1978 TV movie Dr. Strange that you’ve probably never heard of? Yes. Yes it can.

In the mid/late 1970s, Stan Lee had gone from co-creating Marvel characters to trying to get them on screen. Much about this effort is included in part of the super enjoyable Marvel Comics: The Untold Story book by Sean Howe, which I read about a year ago. As I recall, Lee was close on a number of opportunities, but most fell through for various reasons. The biggest success was the live-action show The Incredible Hulk, starring Bill Bixby and Lou Ferrigno, which began on CBS in 1977. CBS also had a live-action The Amazing Spider-Man show, and in 1978, aired a two-hour TV movie that hoped to double as a pilot for a third Marvel show: Dr. Strange.

Instead, the TV movie bombed, no series resulted, and Stephen Strange hasn’t been seen in live action since. In a 1985 interview, according to Wikipedia, Stan Lee blamed the failure on the film going up against Roots – which would make sense, since Roots broke ratings records and since LeVar Burton>Peter Hooten. But I have to imagine there were going to be problems regardless when you make a 93-minute film about a Sorcerer Supreme that barely features any magic.

Peter Hooten stars as the titular Dr. Strange, and that’s about all I can tell you about a guy who doesn’t have a Wikipedia page, because I’m just not willing to do much research for this post. Supposedly Hooten was cast for his strong resemblance to the comics version of the character, which is hard to argue with. It certainly couldn’t have been because of his personality or charisma, because he brings neither to the role. The rest of the cast is more interesting. Sir John Mills had won an Oscar several years earlier, but somehow found himself here playing Thomas Lindmer, who’s the actual Sorcerer Supreme for almost the entire movie. He puts on an outfit once, right before losing immediately in a magic fight in his own Sanctum Sanctorum. Oh yeah, and he looks ridiculous. 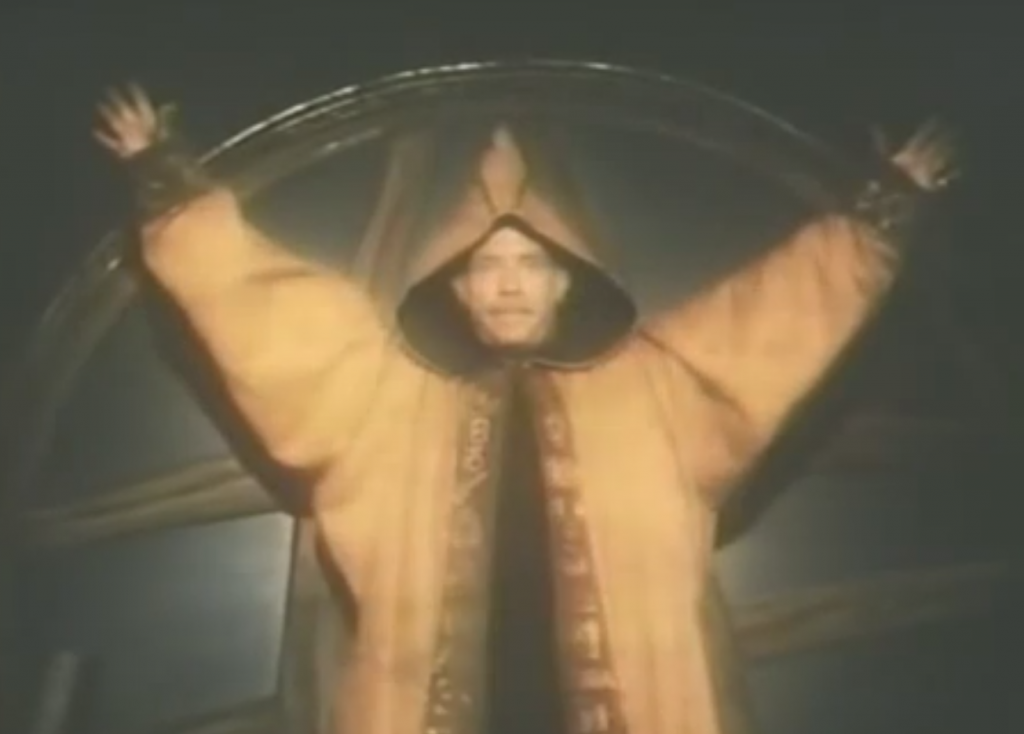 Clyde Kusatsu has surprisingly solid screen presence as Wong, Lindmer’s servant. He gets to do a bit of magic himself upon discovering the evil trespasser in his master’s house; he loses, but probably put up more of a fight than Lindmer. 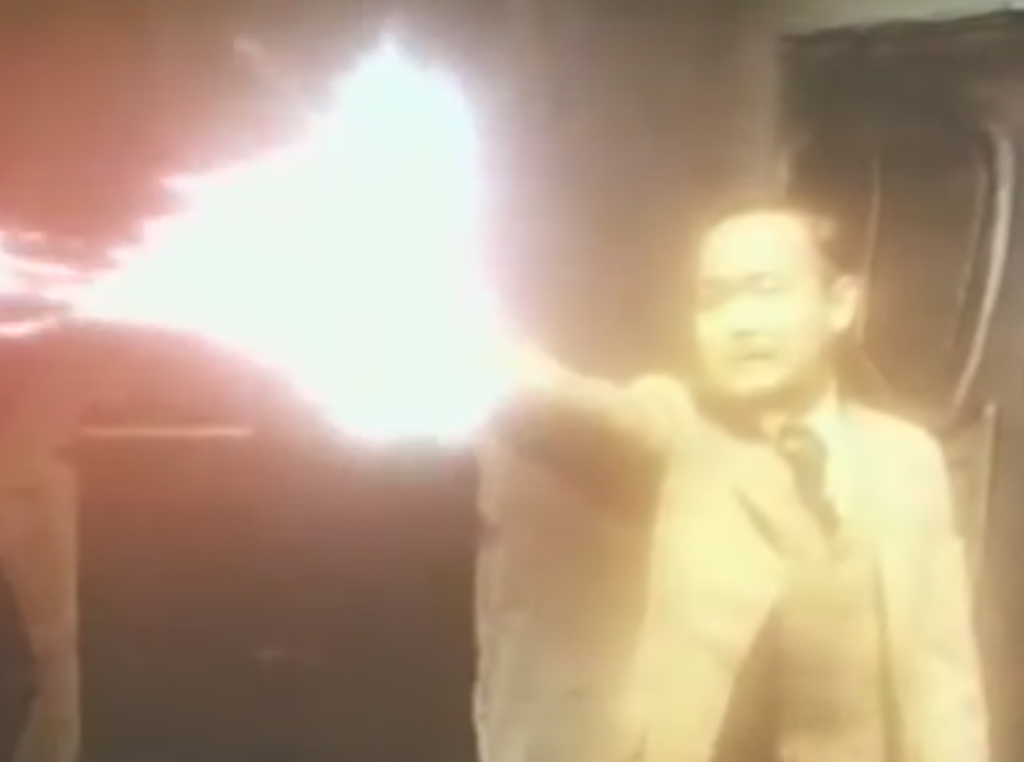 Anne-Marie Martin, then credited as Eddie Benton, would later become the wife (then ex-wife) of Jurassic Park author Michael Crichton; here, her job is mostly to look drop-dead gorgeous as Stephen’s love interest Clea. She’s sweet enough, and commits well to her character’s mental struggles in the early parts of the film. And like I mentioned, she’s gorgeous. 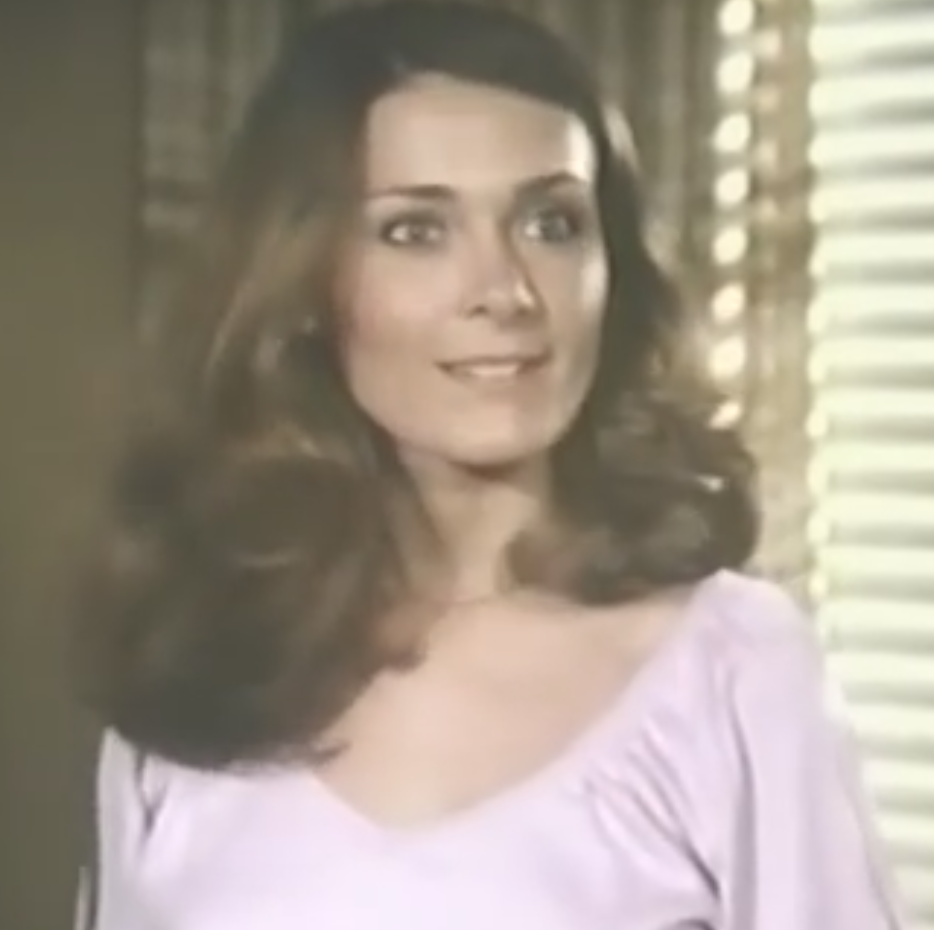 But wait, what did the credits just say? 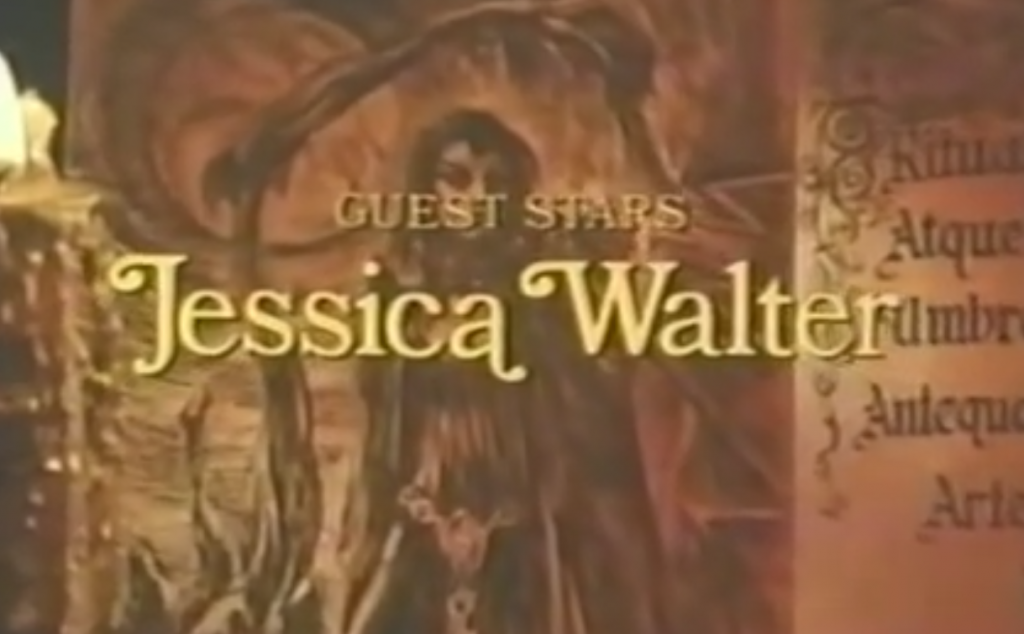 Jessica Walter?! You mean Lucille Bluth herself was in this? She must have been fairly young then, I wonder what she looked like. 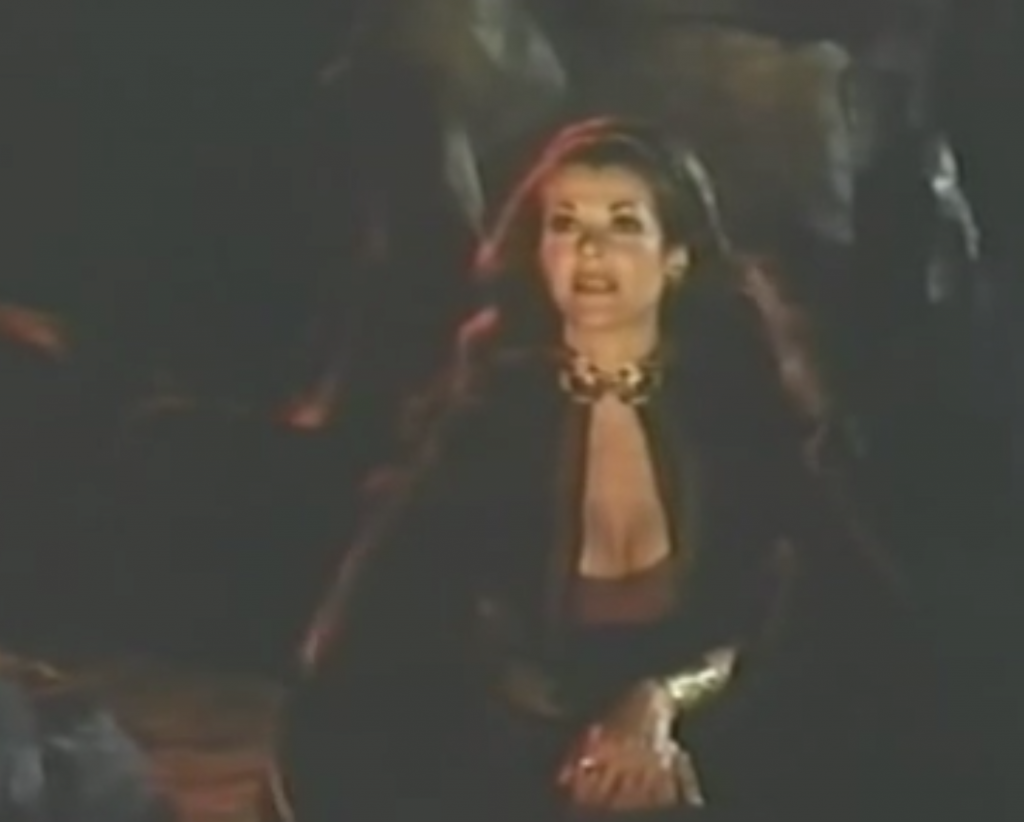 Moreover, Walter is our lead villain, Morgan le Fay, an ancient witch being sent to our realm to eliminate the Sorcerer Supreme. She gets her orders from an unnamed demon. I’d like to think he would have become Dormammu, but we’ll never know. 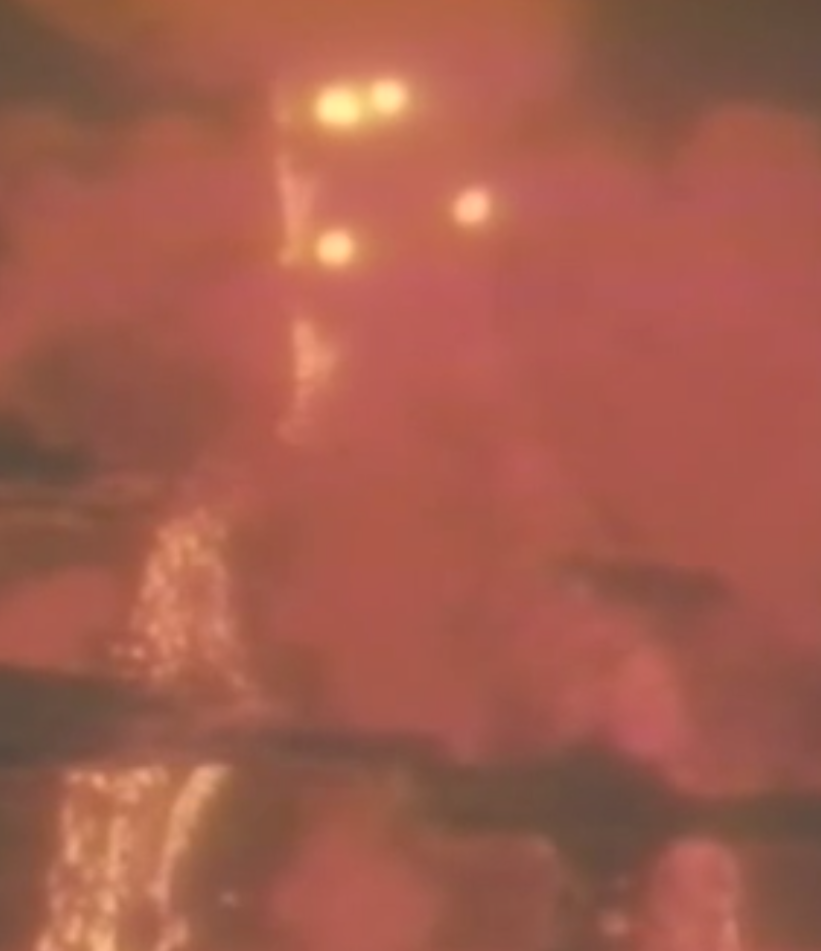 Le Fay tries to kill the current Sorcerer Supreme, Lindmer, by possessing random passerby Clea and having Clea push Lindmer off a bridge. Lindmer survives, because magic, but Clea is psychically scarred from the possession, ending up in the care of Dr. Stephen Strange. Lindmer finds Strange, and their handshake glows, because why not. 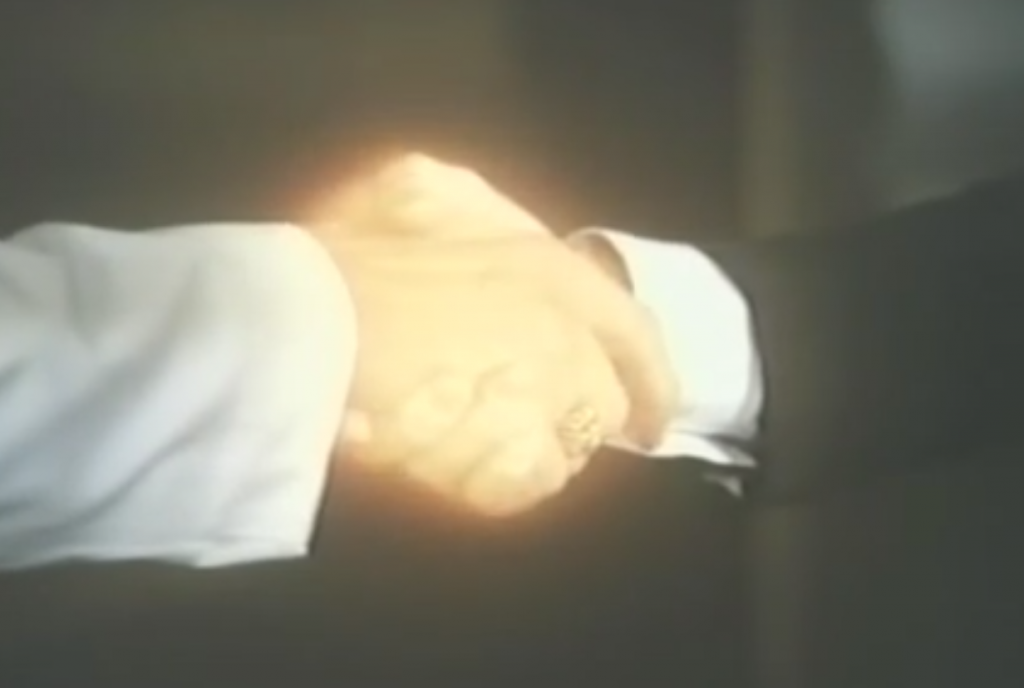 Lindmer sends Strange to the Astral Plane to find Clea’s damaged psyche. I have no idea why he has Strange do this instead of going himself, but he does, and it’s super easy; the one demon he sees (voiced by Ted Cassidy, aka Lurch from The Addams Family) is easily banished by a simple phrase Lindmer told him one time before sending him in. The Astral Plane itself, a highlight of Dr. Strange lore, is really nothing worth seeing: 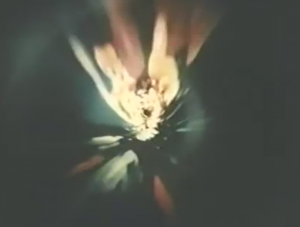 Later, Morgan defeats Lindmer, and chains him up back in her demon realm. Then she interrupts Strange while he’s on a date with Clea, takes him back to her realm too, and seduces him. She also gives him a costume, just because. It’s intended to be an approximation of Strange’s comic book outfit, but I’d say he looks more like a pimp. 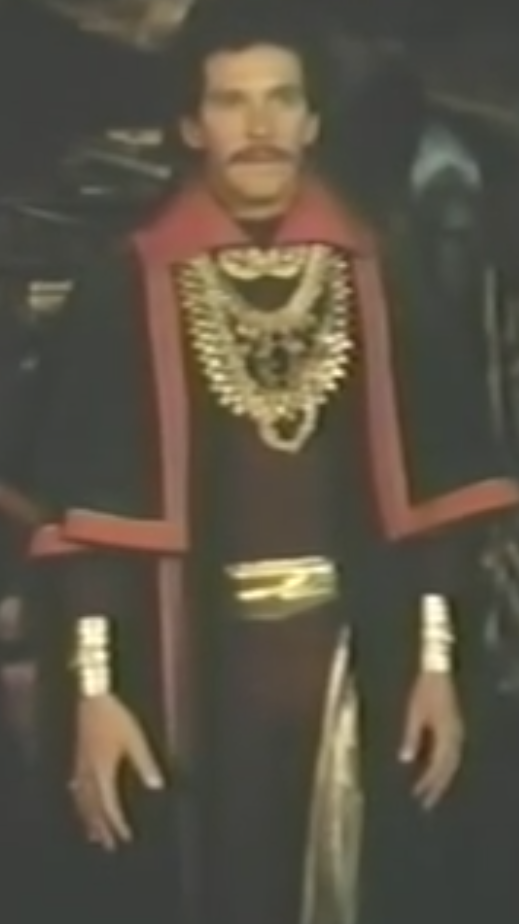 At this point, Strange is ready to bone Morgan and generally do whatever she says, but she interrupts to show him Lindmer, chained up and looking incredibly dead. Shockingly, this backfires, and Strange decides to fight her instead of going ahead with that boning. And he wins, defeating the woman who just took out the previous Sorcerer Supreme (who presumably had decades of experience), because the moral of this movie is that magic is really, really easy. 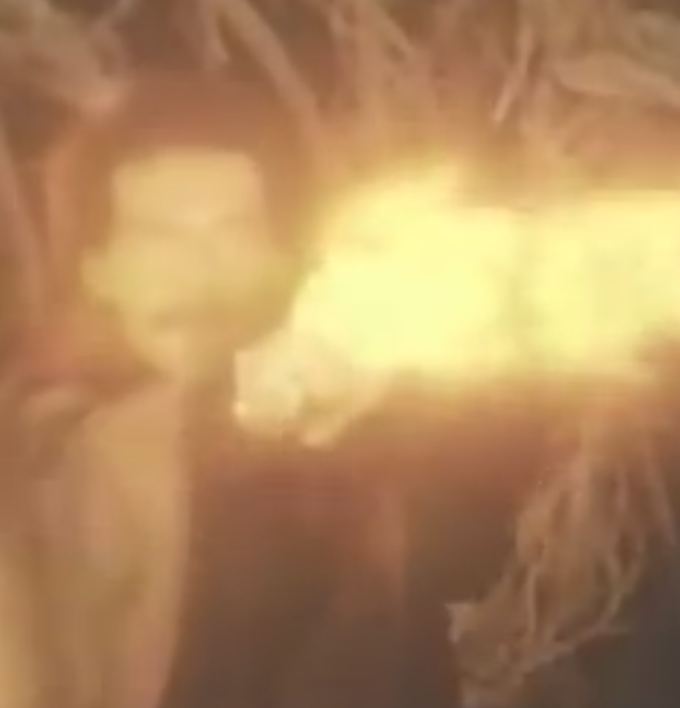 Strange takes Lindmer back to his house, because apparently the old man is … not dead, despite looking that way moments earlier. There, Lindmer transfers his power to Strange, making him the new Sorcerer Supreme. Wait, so Strange didn’t even have that power transfer yet but still beat Morgan? Whatever. Strange also now has a new costume, because hey, why not. 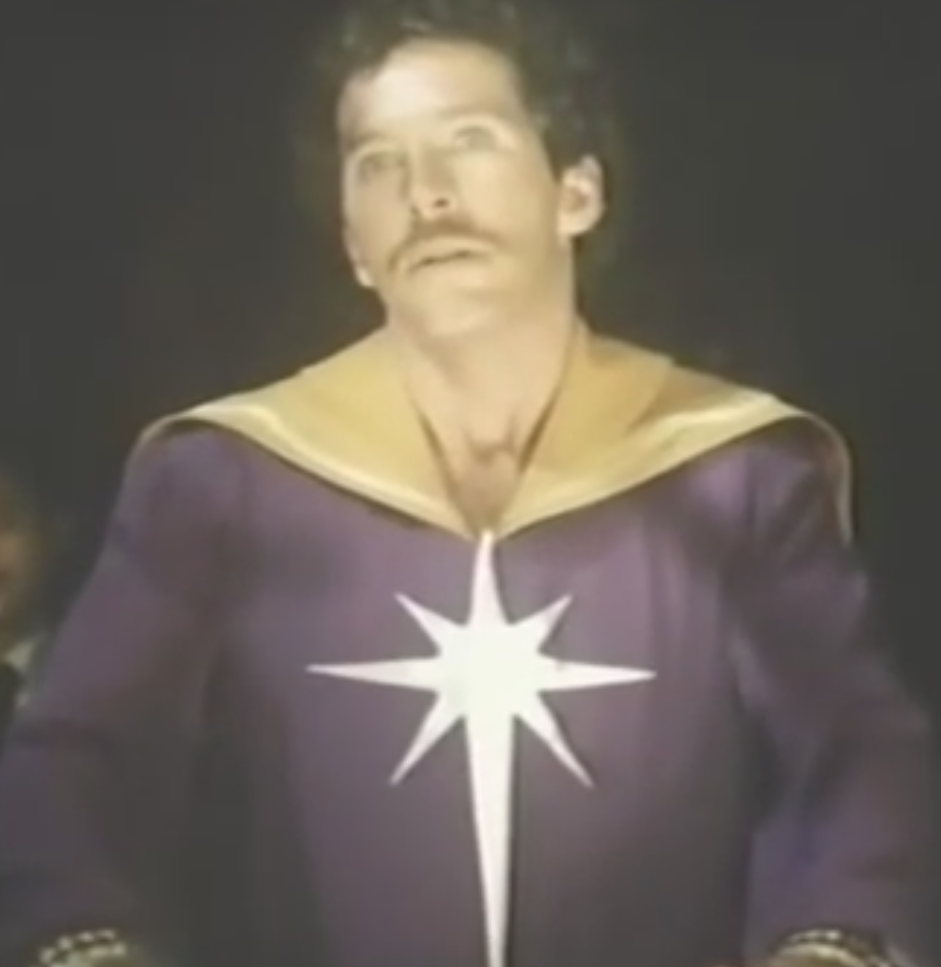 As for Morgan, that unnamed demon punishes her by making her look at herself old. Then … by letting her just live out her life on Earth and become an informercial spokeswoman? That’ll show her the price of failure! But for all the jokes about her looks and plastic surgery on Arrested Development, Jessica Walter has to be pretty happy that she didn’t turn out looking like the film’s projection of her old-age form: 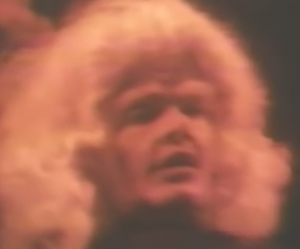 So yeah, that movie happened, and now you know that. More importantly, this is what Lucille Bluth used to look like: 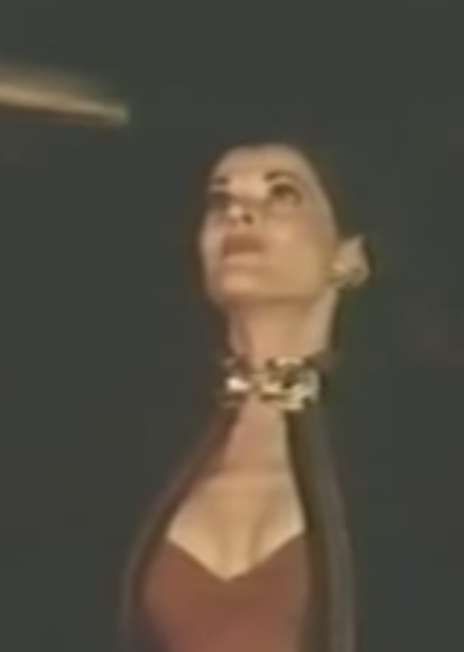 I have a feeling that if this scene had been filmed in 1978, the reaction would have been a little different: