Listen Up Philip is a depressing, 1980’s New York throwback that seeks to showcase a “miserable guy who makes the worst choice every time,” in a film that covers the “worst period of the lives for all the characters” involved. Oh, and it’s a distinctively shot, indie film starring Jason Schwartzman, Elisabeth Moss, Jonathan Pryce and Krysten Ritter. You should know right now whether or not you want to see it.

Listen Up Philip premiered at Sundance this past year, and was among the festival’s favorites, explaining its presence at Sundance’s Next Fest, a three day LA-based film festival with several other Sundance originated movies, all followed by Q&A’s with the filmmakers, actors and the filmmaker’s inspiration, a neat concept.

That meant that last week anyone was who in attendance at the gorgeous theatre at the Ace Hotel in downtown Los Angeles got to witness a conversation between writer-director Alex Ross Perry (The Color Wheel), star Jason Schwartzman (Rushmore, Moonrise Kingdom) and author Bret Easton Ellis (American Psycho, The Rules of Attraction).

Alex Ross Perry read American Psycho in High School and it blew his mind, and started his love of reading, which had been beaten down by school and being forced to read. From there, he read all of Bret Easton Ellis’ work, and the books he read and loved are his guiding force in the movies he enjoys making. This is clear with Listen Up Philip, a film that feels very much like a novel thanks to its shifting perspectives, narrator, and an authorial setting.

Listen Up Philip concerns the miseries of two different authors separated by generations, in the young Philip Lewis Friedman and the venerated Ike Zimmerman, and does so in such detail and authenticity, that it makes one wonder if Alex is an author himself. But no: he merely chose a creative occupation that was isolated. Since he knew nothing about painting, that meant these characters would be writers.

Jason Schwartzman was drawn to the project and the character because it appealed to him to “speak his mind” and play a character who (only) makes mistakes. That’s what was fun about playing the character, to him. It rubbed off on Jason, because in the middle of shooting, he considered mugging an annoying guy with a lot of keys in the city. 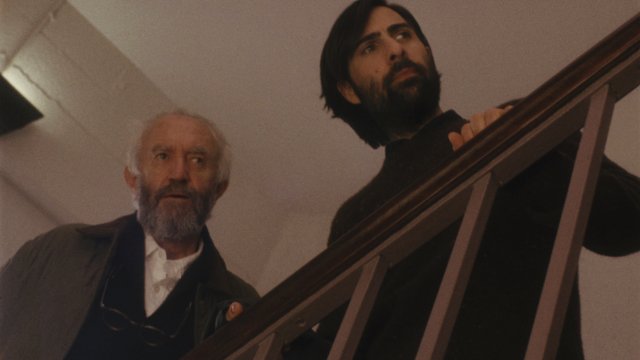 Bret Easton Ellis hailed the film as “unique” (as the moderator mentioned, these characters don’t ask for sympathy), complimenting its characters, and adeptly pointing out that Philip was like the dark side of Jonathan Ames from Bored to Death. He noted that the scenes with the publishers felt especially real, loved the authentic book jackets of Ike Zimmerman’s various novels (a favorite part of mine!), and he thought that perhaps Zimmerman’s character was based on Philip Roth. Any likenesses were accidental, as Alex mostly just wanted to play with the kind of characters that are able to “get away with anything,” while looking at the Norman Mailer generation of authors.

There were no computers or phones on the film (which only became problematic when shooting the scenes in the publishing office). Alex doesn’t understand the necessity of using technology in storytelling, and was most influenced by films of the 1980’s (or taking place in the 1980’s), like We Won’t Grow Old Together and Squid and the Whale, so he wanted to retain that look and feel.

Listen Up Philip is narrated by Eric Bogosian, adding another layer to its literary conceits. As Perry notes, it wasn’t voice over, but narration. He tried to use him only when it “enriched” the storyline and offered an opportunity to provide truth and more information to the proceedings. Alex wanted it to be essential, rather than gratuitous. I thought the Narrator provided some of the best moments in the film.

For pre-production, Jason Schwartzman went to New York three weeks early to get to know Alex, as they went to book stores together, and went on adventures. How awesome is that? That’s the kind of work I want to do: become friends with people. 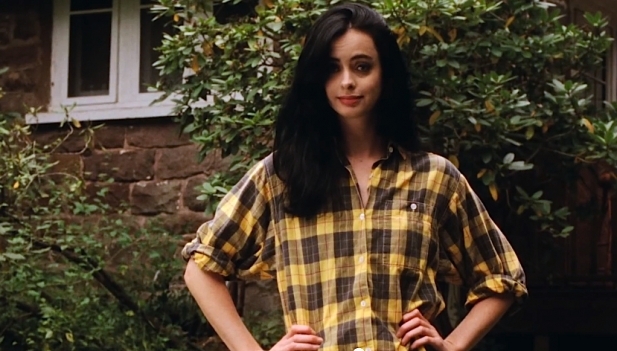 While it was oft-remarked how awful these characters are, Bret actually had some sympathy for these characters in the end (I did for Ritter and Moss’ characters, but that was likely intentional). Ellis doesn’t see Listen Up Philip as a blanket criticism of writers, just these two particular characters.

Alex argues that the film isn’t about writers, but about lonely men and what makes someone miserable. He uses that prism to look at two men and how they affect other people.

When asked how he was able to secure financing from a film that was presumably a tough sell, Alex was uncomfortable in answering. Then he admitted that they found a rich European guy (of course), who doesn’t see things in black or white. Alex lauded him as being a part of a more intelligent culture, clearly a dig at Hollywood and maybe everyone in the audience.

Production on the film took 25 days, which is impressive considering LUP had 45 locations and 70 speaking parts. The cast and crew took 5 weeks off in the middle of the shoot so they could get a more autumnal New York feel for two days. 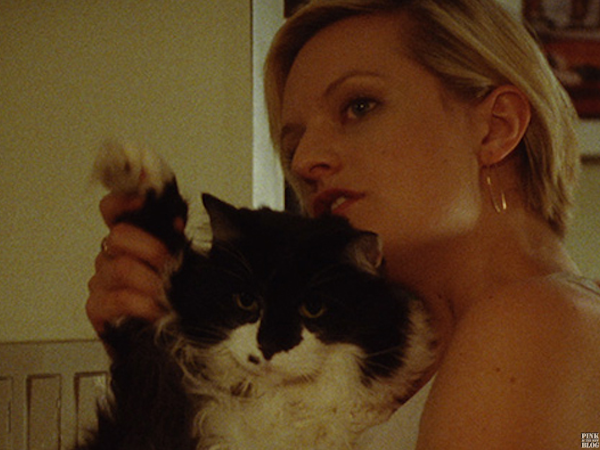 Then it became time to gush about the actors not present, in Jonathan Pryce, an actor Schwartzman had always admired, and Elisabeth Moss, who was universally beloved. She was lauded as “relaxed, casual, seamless, amazing.” The compliments were well-deserved for both of them. The best moment of the entire film is this INCREDIBLE moment when Philip leaves Ashley alone in their, now her, apartment, and the camera stays on her face for what feels like minutes, and her character runs the gauntlet of emotions, displaying how conflicted and complex her character is. I actually gasped out loud.

Alex wondered if Bret got to meet his heroes. “The only good thing about being well known” is that you get to meet people, and your heroes. Alex admits to being fascinated by the connectivity of people with communities, and how those connections and meetings are made, a theme in Listen Up Philip.

Bret was quite complimentary of the film throughout the evening, calling Perry’s outlook refreshing, because it wasn’t “earnest or sentimental.”

Perry mentions that his editor told him this “movie can only be made by a young man,” to which he and Ellis agree: that’s what makes it work. 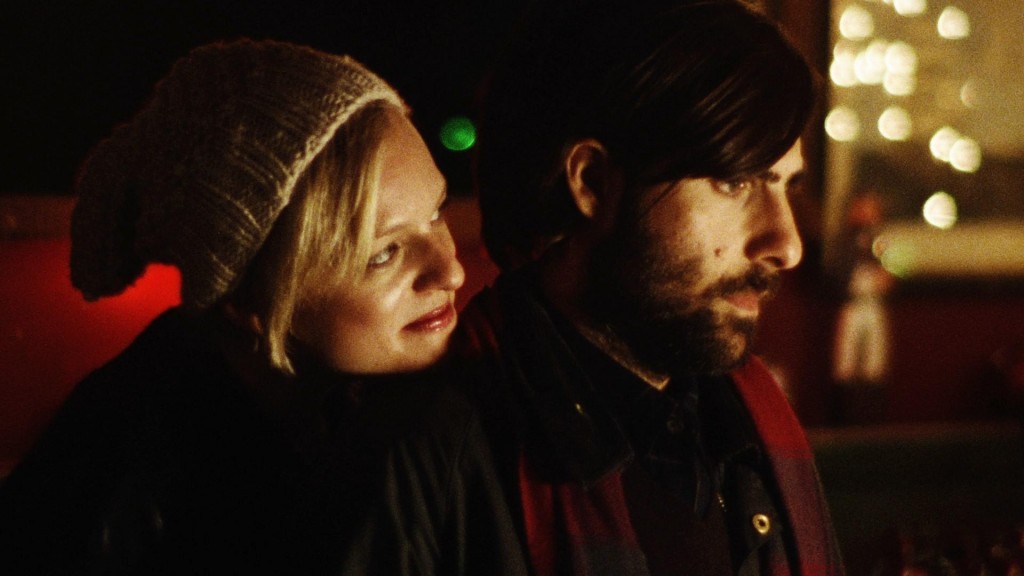 Alex found it exciting to write characters that affect characters in their absence, like switching perspectives in a novel. The movie is ostensibly all Philip’s, but actually Ike and Elisabeth Moss’ character (Ashley Kane) each get their own narrative threads from their own POV. At first it’s almost jarring, and out of place, but they’re some of the best parts of the movie, because it means more Pryce and Moss.

In talking about Bret’s motivations to write, he admits that he “doesn’t feel pressured to write,” that he writes when he wants to, primarily during emotional times

In response to the “look” of the film (the movie has no blue or reds), Alex admits that he wanted to make “the next great brown movie.” He wants to live in that world. And for 108 minutes, the audience gets to.

Listen Up Philip isn’t an easy movie, and honestly, I didn’t enjoy it. It’s filled with hateful, vindictive, awful people, and the proceedings feel pretentious. But I definitely appreciated the filmmaking craft and attention to detail that went into making the film, as Alex Ross Perry is clearly a burgeoning and worthwhile voice in the industry. LUP is also worth watching solely for the performances, as Schwartzman, Pryce and Moss are at the top of their considerable games. I love Krysten Ritter, and she’s also great, but she’s the only character who felt undeveloped, and under-used, as out of place in the movie as her character was in the world she unfortunately found herself in.