Men’s Softball: The Missouri Waltz vs. The Bang Bros. 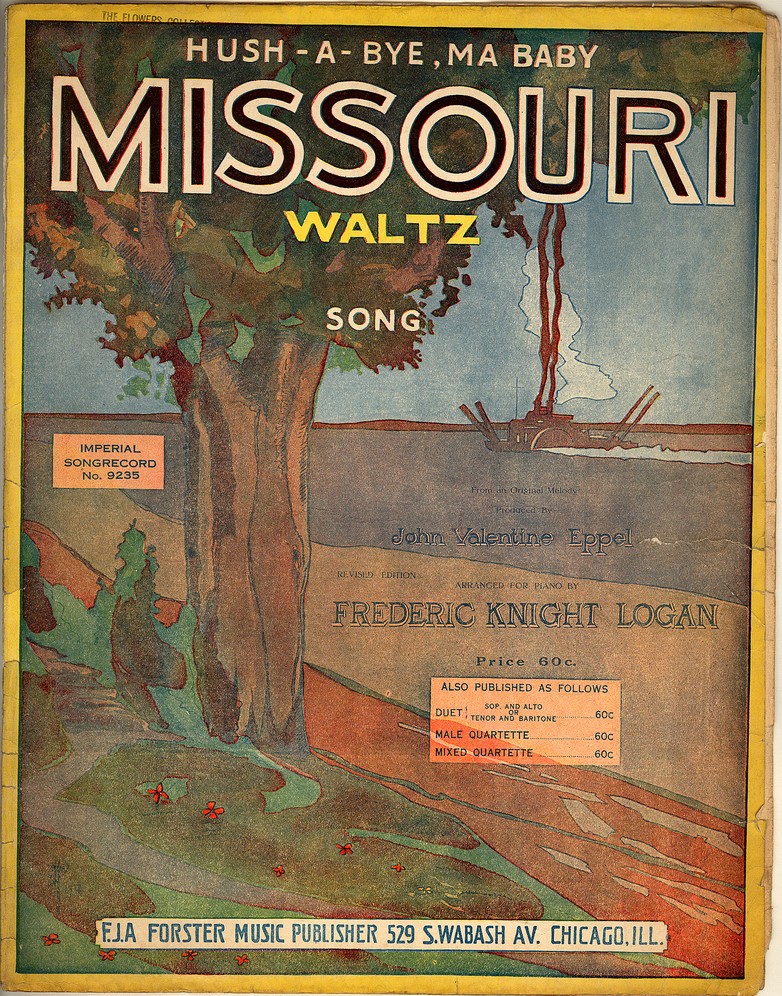 Since last week, I’ve been the beat reporter for a Burbank Men’s softball team, called the Missouri Waltz, bizarrely named after the state song of Missouri. This is (only the beginning of) their (long, rambling) story.

Piss-Stained Park Bench, Burbank, CA (February 23, 2014) – Coming off an unfathomable last inning, whopping twelve run comeback against the Bad News Beers last week that put the rest of the ‘D’ division on notice, it was fair to wonder if the Missouri Waltz would be box stepping past another wily opponent this week. Was the veteran ball club worried about a letdown?

“A coach is supposed to say no,” Coach Wolfe wheezed, “but I’m going to say yes.” Of course, Coach Jim has been known to cry wolf(e), and is as much a coach as Scott Brooks is. We “will probably lose to them,” Jim continued, as if he wanted to make my argument for me. 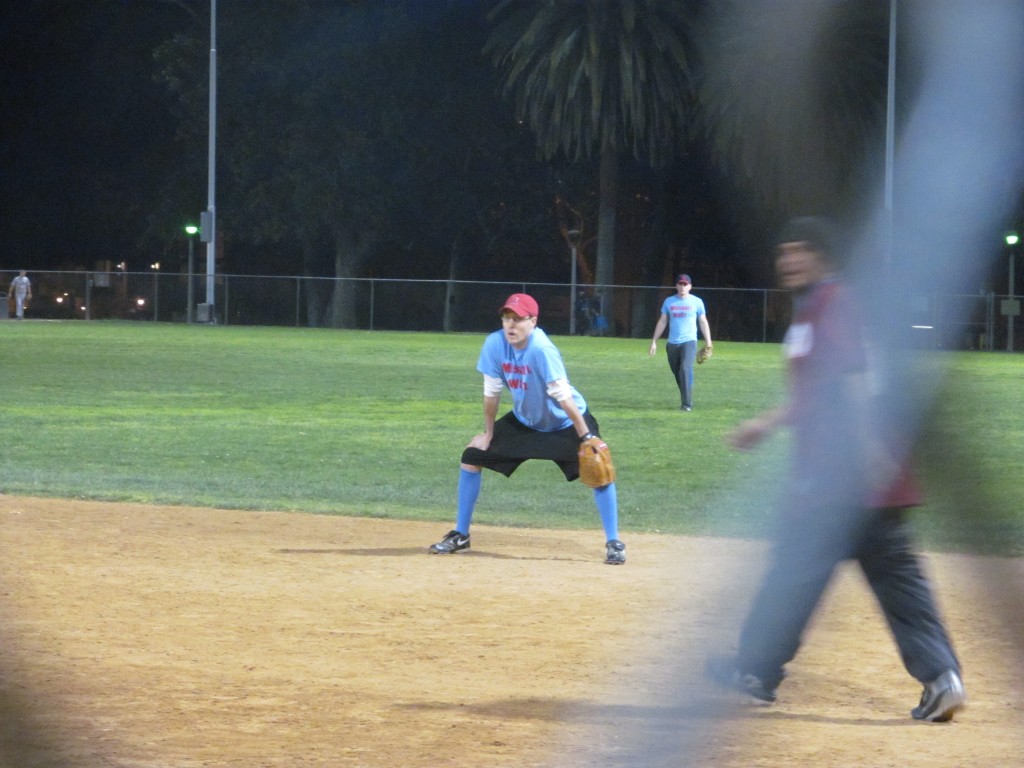 Charlie Back getting comfortable in his new position.

Part of the muted atmosphere likely surrounded the dark, troubling fog swirling (this time not supplied by Zack) around one of the squad’s best players: Shawn Wines. Following a mysterious (and suspect) food processor accident, the hulking 1B and RBI machine (his totals ranked third on the club entering this past week’s contest) has been placed on the 15-day DL, coupled with an upcoming surgery date with Dr. James Andrews. Coach Wolfe speculated that his absence could be felt for even longer than that (though let me be the first to remind you, that Coach Wolfe is not a doctor, nor has he stayed at a Holiday Inn, even if he could afford one), and that Wines might be forced to watch his dear comrades from his hospital bed for a while longer. With perhaps a 60-day stint on the disabled list looming, it’s highly doubtful Wines will be celebrating with his teammates any time soon, putting the pressure on replacement Charlie Back. Considering how superbly Mr. Back dealt with his new job description for this game, one might wonder if he’s Wally Pip’d Shawn, or if he perpetrated the accident to get his chance in the spotlight.

With many of the players’ wives and girlfriends sick and the disturbing fingers of the flu threatening the clubhouse, Doctor Coach Wolfe feared the worst, ordering mass inoculations for the entire team (and threatening Burbank’s tenuous city budget in the process). He forgets that women are weak, and the Missouri Waltz, if anything, are a group of men, buoyed by alcoholism and fortified by stale bread found at local hot spot, the Blue Room. But, even so, they found their 10th man sorely lacking in the stands.

The crowd favored the visiting team, adding credence to longstanding rumors that the Missouri Waltz are (collectively) ill-equipped to pleasure a woman off the field. Season ticket holder Renetta (and photographer) was making her first appearance at the venerable ballpark this season, bringing along newcomer Sarah, who found herself “titillated,” though mum’s the word on who or what titillated her.

The nubile team entered the match with a 2-2 record, unfazed with the daunting task ahead of them. Truth be told, I wasn’t sure if some of them even knew they were playing baseball, or if they got lost on the way to Home Depot. Racism aside, their hearts were in the right place, as exemplified by rising star and talented dirt “artist,” Adolfo, who hopes his whip-quick release and cannon for a right arm at third base will make his lofty goals come true: “to get a job, get my house and car paid for…you know, the American dream.” He repeated the mantra of the American Dream several times as if I misunderstood (or as if he was Willy Loman), but I believe it was he that misunderstood. The American Dream is a lie, a fabrication, only a reality for the white upper 1%. Hopefully his gifts with an oversized baseball can get him there.

While the bats took a couple innings to heat up, the Missouri Waltz flashed their enviable hustle early on, routinely thieving the extra base and taking advantage of the lackadaisical outfield play of the Bang Bros. To be fair, who likes playing the outfield?

Things quickly soured, however, as the Missouri Waltz proved to be their own worst enemy early on, much like a bad and should’ve been forgotten show starring Christian Slater. Their hustle soon morphed into indecision, as evidenced by Stephen (unfortunate last name) Leggitt’s cunning impression of a deer in the headlights between second and third base (this author notes how difficult it must be to find themselves pickled inbetween the 60-feet base paths in the unforgiving, but simple, game of softball). When asked if Stephen’s embarrassing gaffe would have negatively affected their relationship if they had one to speak of, Colin’s girlfriend Isabella (a good sport) answered simply and to the point: “Yeah, probably.” After the miscue, Stephen was found screaming “Don’t look at me” in the dugout, an order we were more than happy to follow.

The next inning, Michael Bolton look-a-like Graham Showell showcased his ugly “no-look” fielding technique at second base. While somehow effective, it was an eerie harbinger of what was to come. 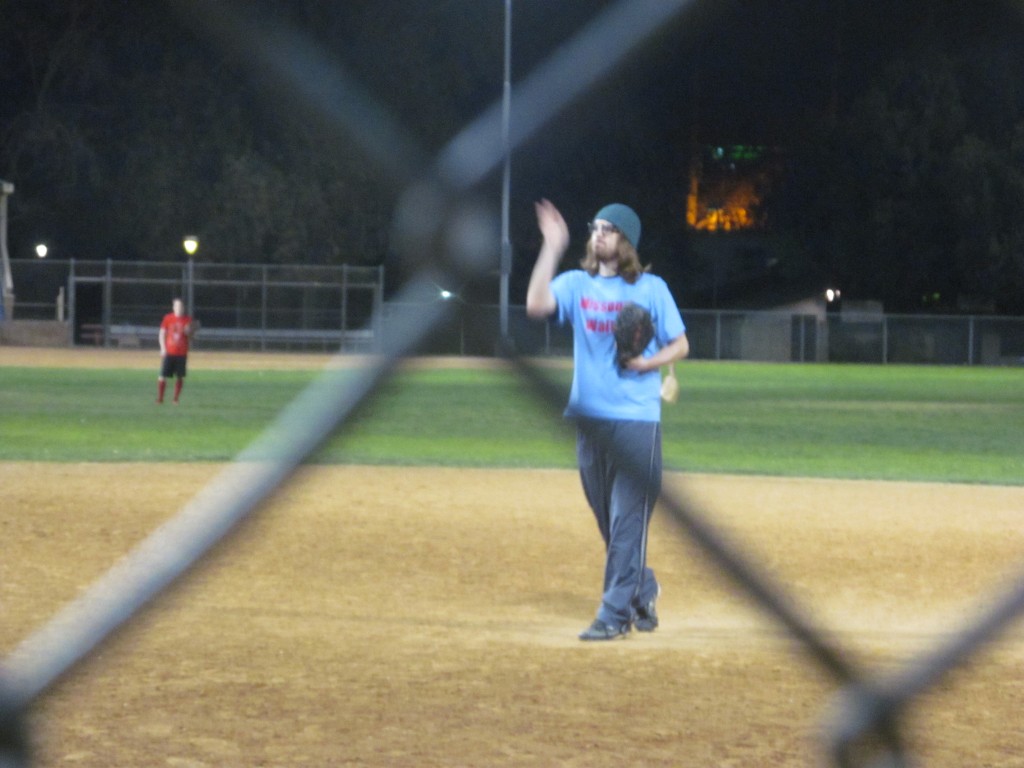 Characterized as a young team that would be “wrong to underestimate” by wily vet Dan Bence before the game, the cocky, poorly stretched Missouri Waltz did so anyway. What else could explain the 5-2 deficit they faced entering the bottom of the 3rd inning? After cruising through the first eight outs, a few poorly misplayed balls (the Derek Jeter comparisons made to Dan Bence only ringing true when it comes to his defense) and a underdog attitude befitting the anachronistic Chieftain images emblazoned upon their uniforms, the Bang Bros. transformed a sterling performance by ace pitcher Jim Wolfe Jr. into one that harkened back to the sweaty and washed up version of Tony Danza in ANGELS IN THE OUTFIELD, a startling development occurring over the span of one half-inning.

After the 5-run two outburst, aided by Brandon’s misplay on a liner in the “game-changing” rover position, the Waltz managed to stop the bleeding, only trailing by 3 runs.

The tension was palpable, but the promise of a comeback was certain, lingering in the air like a virulent disease. With the bases loaded, Dan had a chance at redemption, but instead stranded the bases loaded and tacked on a second error. So, it didn’t happen then, but I was tracking the wrong redemption story. Perhaps motivated by the sheer fear of being a (poor) base runner again, Paul DanoStephen Leggitt rendered the possibility moot, thanks to two opposite field home runs (though I feel dirty calling anything a homerun on a field with no fences) from the slightly more likable Paul O’Neill clone. As he crossed home plate after his second round-tripper, the game was (mercifully, for the meager audience) over. 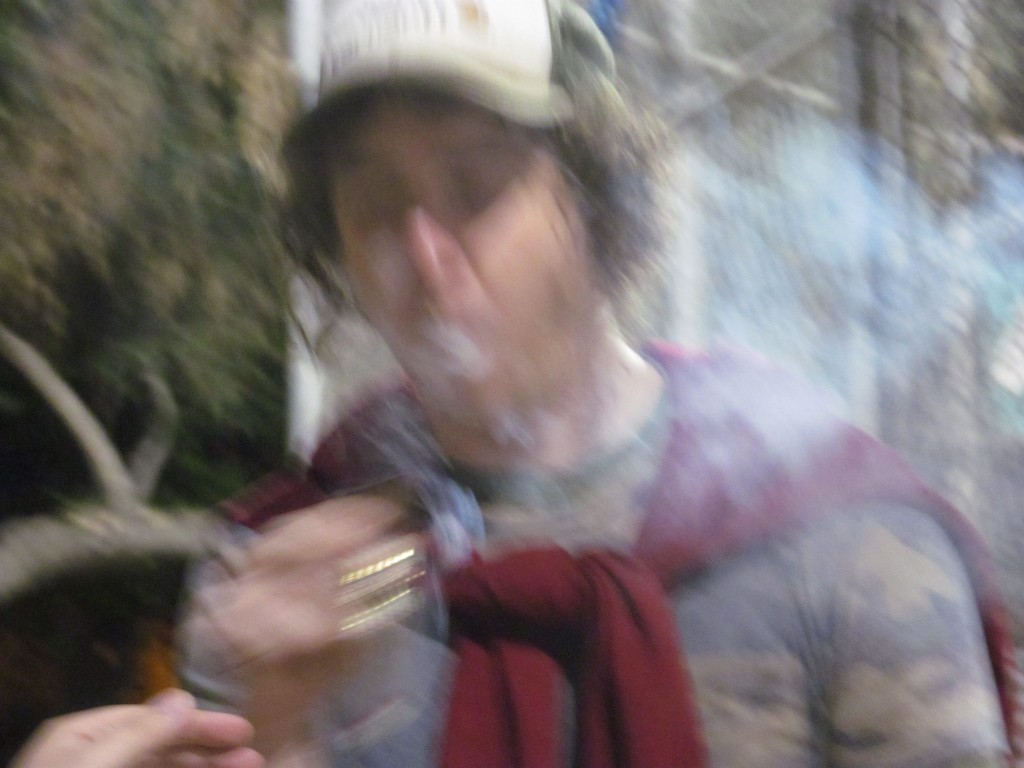 After the game, a 13-8 romp, the mood was dire for the (gang)Bang-ed Bros. One member of the squad, who wished to be kept anonymous, intimated he would cry himself to sleep. Another was having suicidal thoughts. It was a tale of a clubhouse divided, except on one point: they all agreed that the Missouri Waltz MVP was “the guy with the scarf.” There was no man with a scarf on the Waltz, but it was clear that Zack, the airheaded catcher, was the object of their affections, as he had been making a fashion statement all night with his red sweater draped over his shoulder like a stereotypical rich Dad from the Hamptons. Considering his mid-inning and inappropriate cigar break proved influential in turning the tide, permanently ending the back and forth battle, the Bang Bros. proved to at least know when they’ve been fucked. On the subject of Zack, who’s in a perpetual “drygh” state of experimentation, continually tinkers with his pregame routine. This week that meant 3 beers, a shot, and a bowl and a half. Considering the alarming upward trend of his intake, and the league’s forthcoming drug testing, he might be the team’s next casualty of war.

Following another sterling (and not so) impressive victory, the Missouri Waltz are (slowly) getting used to their “comeback kids” reputation. In fact, their penchant for the comeback victory has confused many in the clubhouse. Brandon summed it up best, his disbelief colored by the fact that he’s a “professional in choking.” Perhaps related, Brandon has pledged to watch Coach Wolfe in sexual congress, in order to help him pleasure a woman. At its worst, this experiment could do wonders for team chemistry, or at least their own. Interestingly enough (but not really), one could argue that the patience exerted by Brandon in the leadoff spot exemplifies the patience shown by this team, even when trailing. The man who makes David Eckstein look athletic, Brandon Klaus took more pitches in the game than everyone else has in the history of softball, combined, leading to two walks, a lawsuit from Scott Hatteberg, and a contract offer from Billy Beane. Sources are conflicted over the terms of the impending agreement. 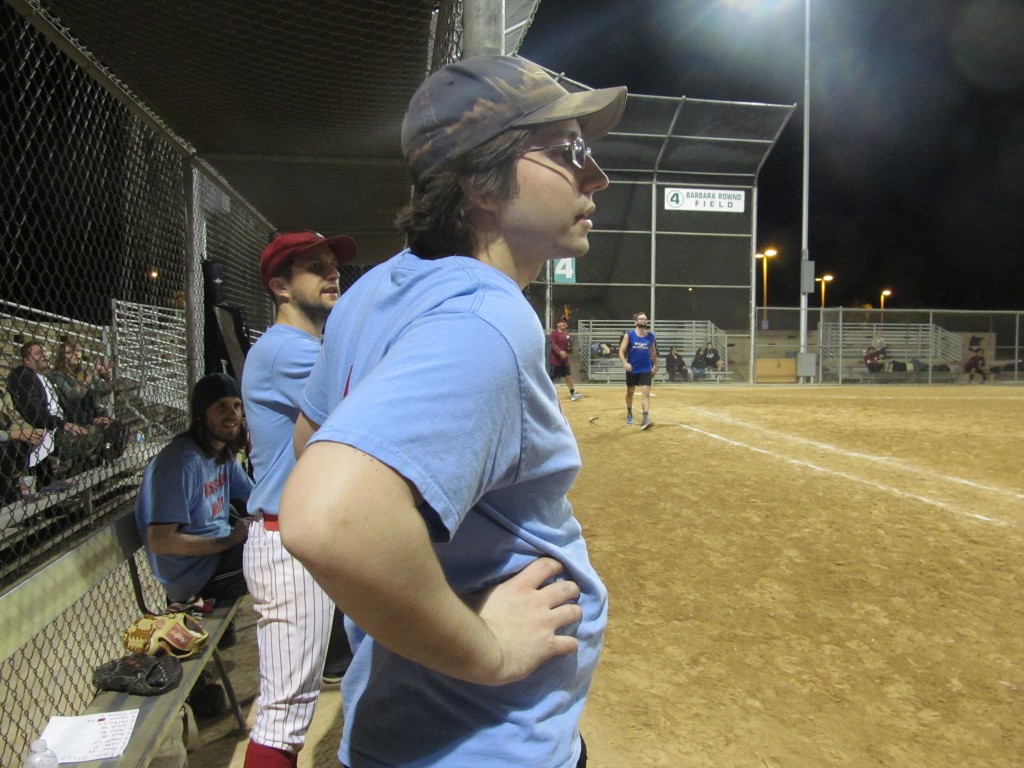 What sort of future are the Waltz looking at?

While their patience should be applauded, one must wonder if one of these games, it’ll catch up to them, the comeback train taking too long to board, or to get rolling, derailed permanently at the station. The pressing (and disquieting) narrative going forward is whether or not the Waltz are ready for the ‘C’ division. They’ve clinched the playoffs with ease in the ‘D’ league (not that success in the D-league is impressive), but over the next five weeks, their mettle will be tested by the professionals in the upper echelon of the sport. Are the Waltz doomed to be a collection of motley Quad-A players, their careers embodied by the film title Failure to Launch? Or did they just need another year of seasoning? Many on the squad are entering their prime seasons (ages 27-29), further along in their development than a season previous, but just as many are fast approaching their decline phases (*cough* Dan Bence *cough*). Nobody on the squad expressed any confidence (what kind of self-respecting team would be happy with 2 wins?) in the matter, but of course, their negative attitude has led to a 5-0 sweep of the dregs of the Burbank co-ed softball league, so maybe pessimism is their fuel to (lucky) victory. Question marks abound, but rest assured, answers are cumming, and yours truly, a True Detective, is on the case. Next week’s match should prove telling, with more answers than a Josh Fox documentary.