“Magician: The Astonishing Life and Work of Orson Welles” Only Scratches The Surface Of A Perplexing Cinematic God 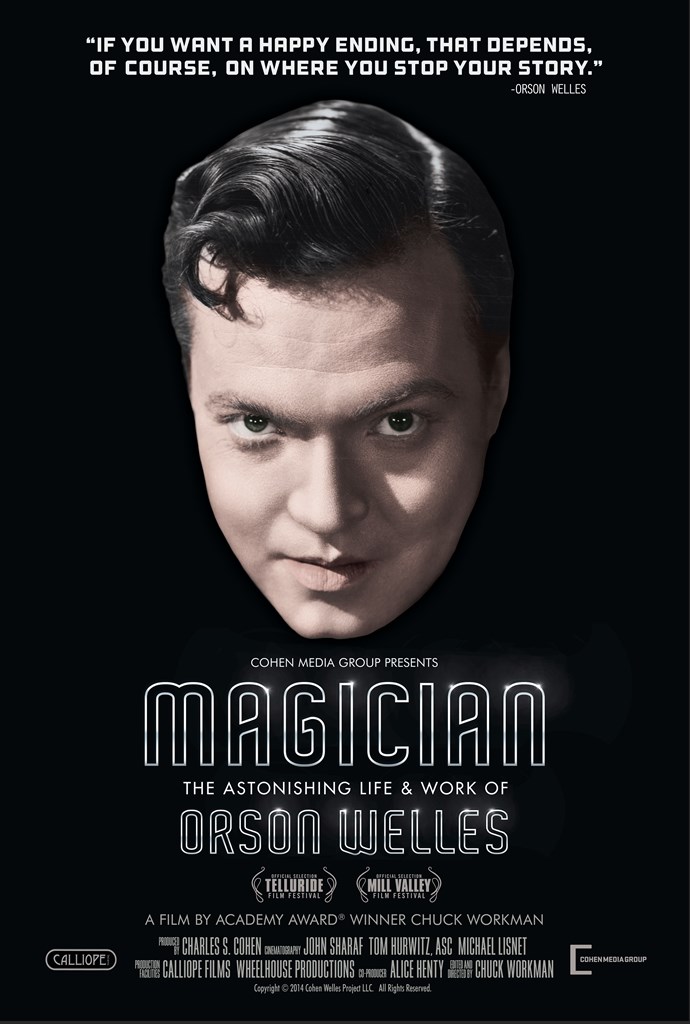 Each chapter feels like a mangled tease, a broad brushstroke of his life and career, only hinting at the full story, with little hope of providing insights into Welles’ labyrinthine mind. Of course, Welles’ mystery and unreliable storytelling (he’s known for telling shades of the truth, or changing his tune as time goes by) is at the heart of why he’s such an intriguing and interesting character.

Magician features great stock footage of Orson Welles over the years, providing the gregarious commentary you might expect from the ever ballooning and grizzled genius. Highlights include glimpses of some of his many unfinished works, such as his fabled Don Quixote (the ultimate cursed film; will anyone ever be able to finish a Don Quixote movie?), as well as snippets of his original Hollywood screen test, and scenes from many of the films or theatrical productions that only devout film historians have seen. It’s like sitting in on a film studies class in fast forward; you’ll wish you could just watch the movies, or let them linger a bit longer on the screen, just like Welles’ fleeting star.

The documentary feels like a rushed version of a Greatest (and Worst) Hits album of Orson Welle’s life and career, chronicling his prodigal childhood, his mind-blowing theatrical directing career at such a young age, the infamous War of the Worlds radio show that changed everything and the best movie of all time, Citizen Kane, followed by innumerable ups and downs, fulfilling his inevitable downward trajectory, from legend to source of parody and lifetime achievement awards. Even a man of such grandiose gifts can be chewed up and spit up by Hollywood. 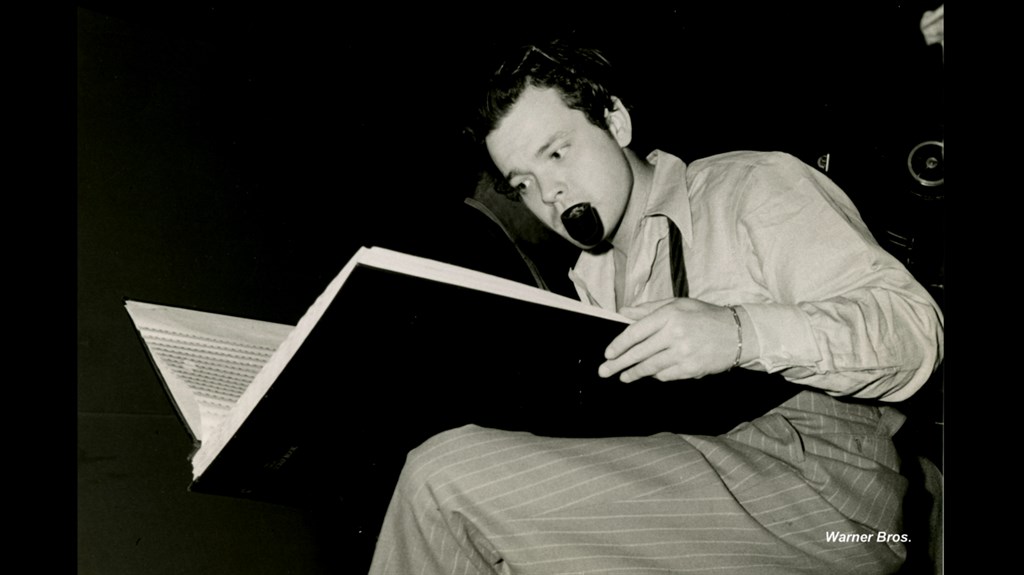 Everything is given short thrift to try and squeeze in as much as possible, and the result leaves you wanting more about every facet of Welles’ life. He apparently lived for five years in Peking with his alcoholic playboy father, but that’s only mentioned in passing. There’s a touching and tender moment with former actress Oja Kodar, his longtime companion, who seemed like the only one in the documentary treating Orson like a person and not a mythic/tragic figure. Everyone else, from his friends to historians, has the clinical air of a biographer; Oja has the emotion that this film needed.

Orson is a fascinating guy, one of the most important men in American film history, nay American history period, and he has an even more fascinating story. He was an unparalleled visionary, another man who arrived too soon to be appreciated, the “patron saint of indie filmmaking,” according to Richard Linklater. The idea that Orson Welles was a hero of independent cinema, a martyr for auteurs who had to fall on his sword in order for other directors like him to get the opportunities he deserved a generation later. Orson was a precursor of the indie movement that exploded out of Sundance in the early 90’s, and it likely wouldn’t have without his tireless efforts to make movies in accordance with his dreams, is an important legacy, and one worthy of an entire film. Such is the magnanimity of Orson Welles that there are probably limitless films to be mined from his life story and movies. Magician offers loglines of many of them, but never provides any answers or conclusions.

But there are certainly insights to be had. One would have thought that a man of Welles’ stature and arrogance would’ve cherished being a movie star, but by all accounts he preferred to direct, only using his career as an actor to fund his passion projects. Unfortunately, he became such a gamble with distributors and financiers, that his name as an actor was the only worthwhile bet to make on Orson Welles later in his career. Everyone knows Welles’ films following Citizen Kane were famously butchered by the studios, but the depth and repeated cycle of such torment really comes to light here. We also see how a perfectionist mentality doomed him; he was consumed by a desire to make his films better, which is why he never finished so many of them. This is a guy who was ashamed of “Rosebud,” calling it a tawdry device. 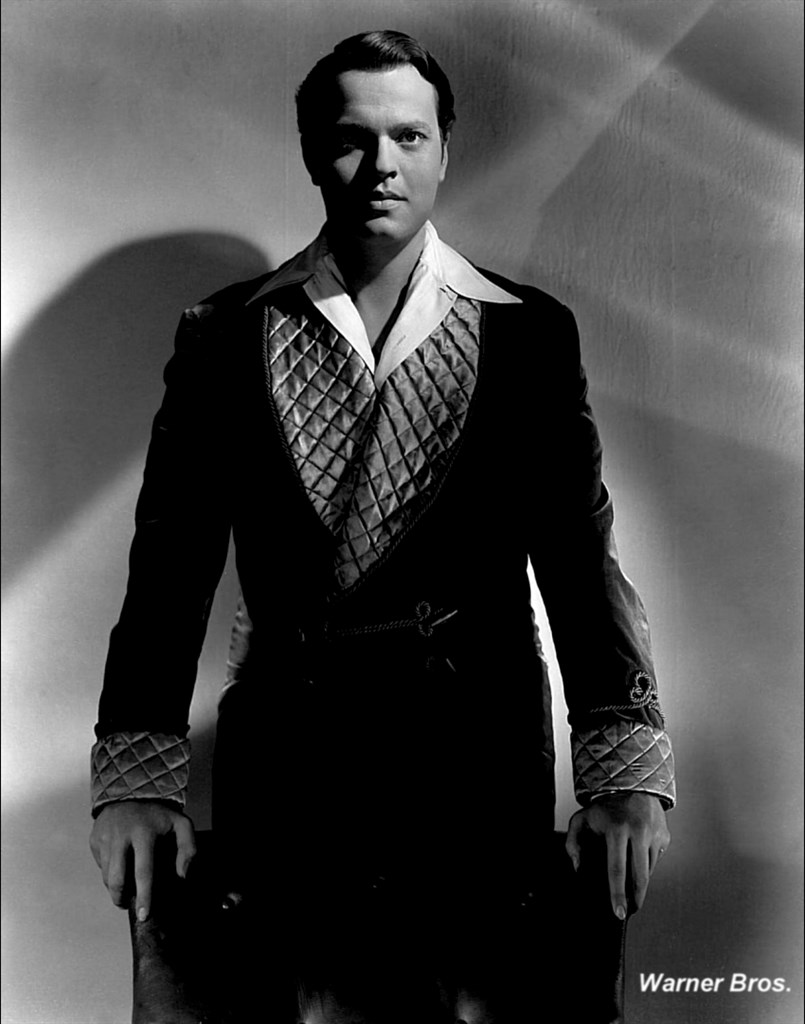 In many ways, Orson Welles emerges from Magician like the Bo Jackson of cinema, a once in a lifetime talent with a disappointing body of work. The difference is that Welles managed at least one masterpiece (those that have seen Falstaff- Chimes at Midnight would argue he’s made at least one other). Welles was also robbed of a happy ending, and the kind of contentedness that Bo knows. Over his life, there was such wasted brilliance, astronomical potential never met, because of a confluence of events, colored by politics, corporate greed, egos, and an unholy predilection for food and wine.

Magician is an enjoyable way to spend 90 minutes, but it’ll mostly leave you wanting more, frustrated that we don’t have Orson Welles to speak with now, or don’t have the kind of exhaustive biographical look into such an important figure that he deserves. The Beatles have 47 such pieces. Orson Welles doesn’t have a definitive one yet; the beguiling Rubik’s cube of cinema.