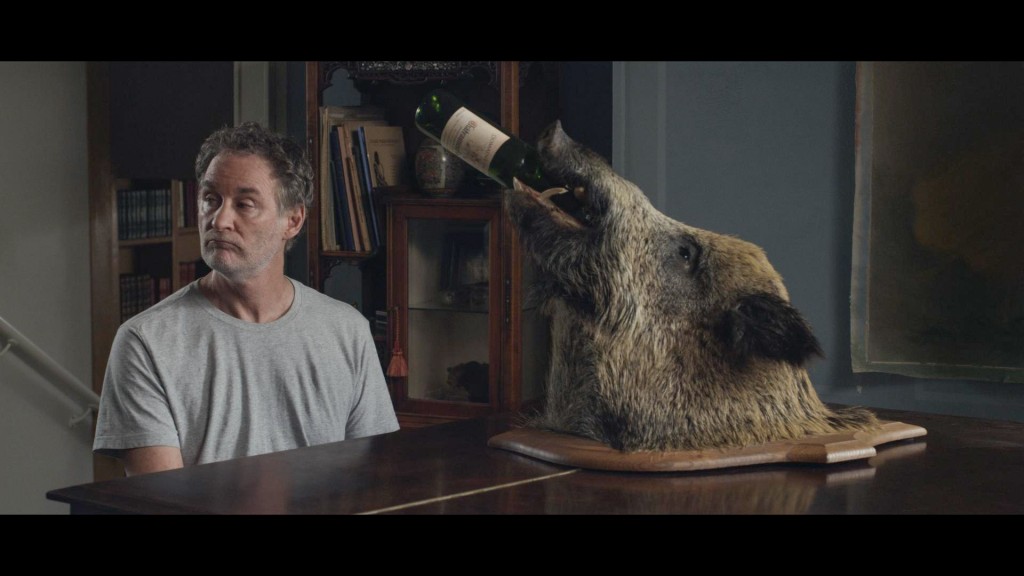 I’ll be completely honest, I went to see this movie for Kevin Kline. I didn’t remember the last time I had seen a Kevin Kline movie, or even seen one advertised (I had blissfully forgotten his role in Last Vegas). It was likely Emperor’s Club, a Dead Poet’s Society knock-off, which was TWELVE years ago. I suppose that says more about me as a moviegoer than Kevin Kline as an actor, because he’s kept busy. But it certainly feels like we’ve seen less of Kevin Kline on the big screen than the world needs. The guy is a rare talent, who has devoted much of his time to the theater in recent years. In that context, his starring role in My Old Lady makes even more sense, considering its origins as an acclaimed play.

The play’s writer and director, Israel Horovitz, makes his feature film debut with the film adaptation of his own work, and doesn’t stop at Kevin Kline. He brings along (Dame) Maggie Smith and Kristin Scott Thomas, blessed with three of the best actors alive, all with the rare kind of artsy chutzpah and cache that critics and casual movie fans can appreciate. This coup immediately brings whispers of Oscars, Golden Globes and the promise of award shows.

That said, I’d be really surprised if My Old Lady gets any love. 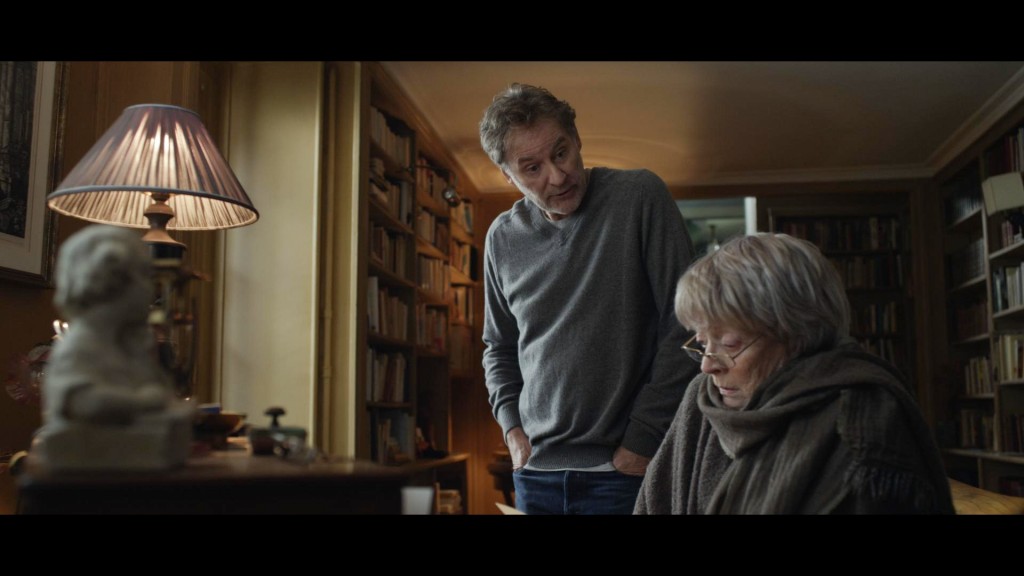 Mathias Gold (Kline) arrives in Paris with one small duffel bag and ownership of a Parisian apartment, left to him by his estranged father. As he walks through the massive, two-story establishment, complete with a massive garden, IN THE MIDDLE OF PARIS, it appears that Mathias has hit the jackpot (a pricetag of 12 million euros is a conservative estimate). Until he discovers Mathilde Girard (Smith) dozing on an armchair. Apparently his father bought the apartment from her as a viager, an archaic but no less valid French real estate treatise, in which the buyer must pay the seller a stipend every month until the seller dies. Mathilde, now 92, still lives, so instead of owning this apartment outright, Mathias has instead inherited a debt of 2,400 euro a month that he must pay so long as Mathilde lives. A British Betty White, we all know Maggie Smith is going to live forever (please!), and stories Mathias hears of Frenchwomen living into their 120’s only adds to his frustration and despair. It’s clear he has no money, nothing to his name, that this apartment was his only chance at getting above water.

He strikes an agreement to stay at the apartment with Mrs. G until he figures out his next move. This is complicated when he meets Madam Girard’s daughter Chloe (Kristin Scott Thomas), who wants Mathias out, incensed that he would sell the apartment to a sleazy French businessman who wishes to turn the entire block into a hotel. And Mathias can do exactly that: while he owns the debt, he does own the apartment, and while the viager agreement considerably dilutes the price of the estate, there’s still much money left to be had in the banana stand. 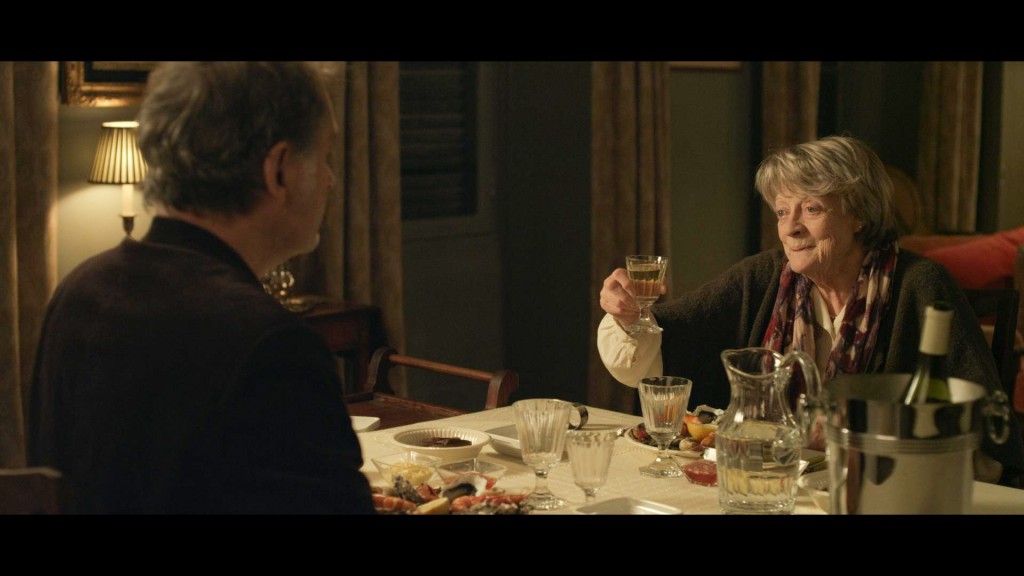 The pleasure in My Old Lady is to see the back and forth between Kline, Smith and Scott Thomas, but I couldn’t help but wish I saw them do it on stage, since some of the magic is assuredly lost in translation. With the film, Horovitz takes Mathias and Chloe out into the back streets of Paris, or along the Seine, or by Notre Dame, and while it’s lovely to look at, it mostly serves to drag things out, and lessen the tension. Keeping the action at the apartment would make things more claustrophobic, intense and dramatic.

The idea of a viager seems so ridiculous (you’re betting on when someone will die), that it’s a perfect conceit for a play/movie, but when the movie devolves into misery, with Mathias stumbling off the wagon, and both he and Chloe complaining about their childhood and loveless parents, My Old Lady feels wrong. No one wants to hear people complain, or bemoan themselves, and blame other people for their shortcomings, and for too long, that’s what Mathias and Chloe do. When we discover that Mathilde isn’t exactly innocent, and that the seeds of Mathias’ depression are all wrapped up in his inheritance, we forgive their dreary monologues, because it’s heavy, Doc. And of course, yes, we’re in for a character arc (depressed arse looking to sell the apartment reaches enlightenment/falls in love), but it’s predictable and sullied by a romance that feels as forced as it does serendipitous.

In My Old Lady, we’re blessed to see three of the greatest actors working today share a Parisian apartment, but unfortunately, we have to see them in just an okay movie. 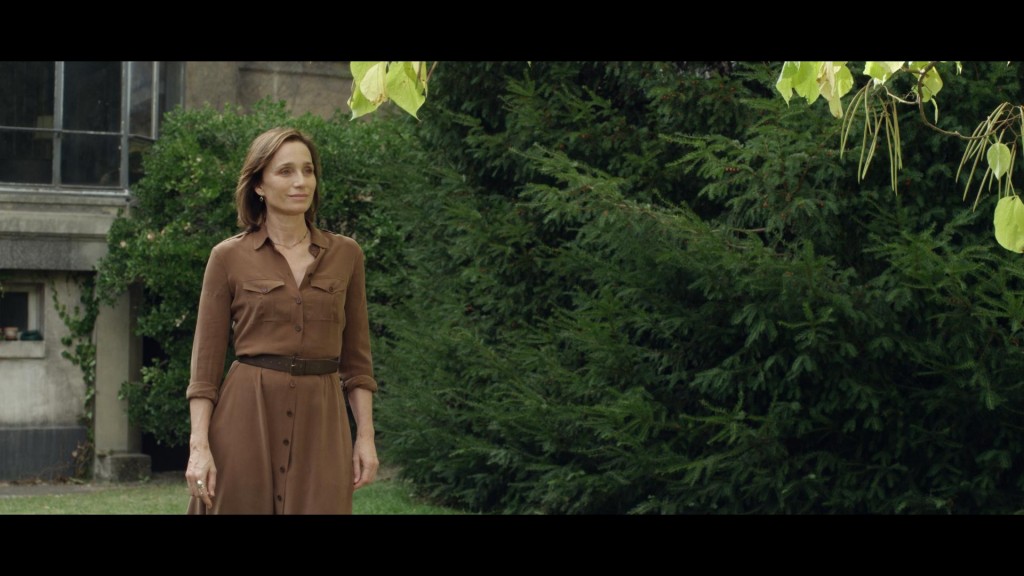 MY OLD LADY opens in New York and Los Angeles on September 10th, 2014.