Jon Favreau Back In The Swing Of Things With “Chef” 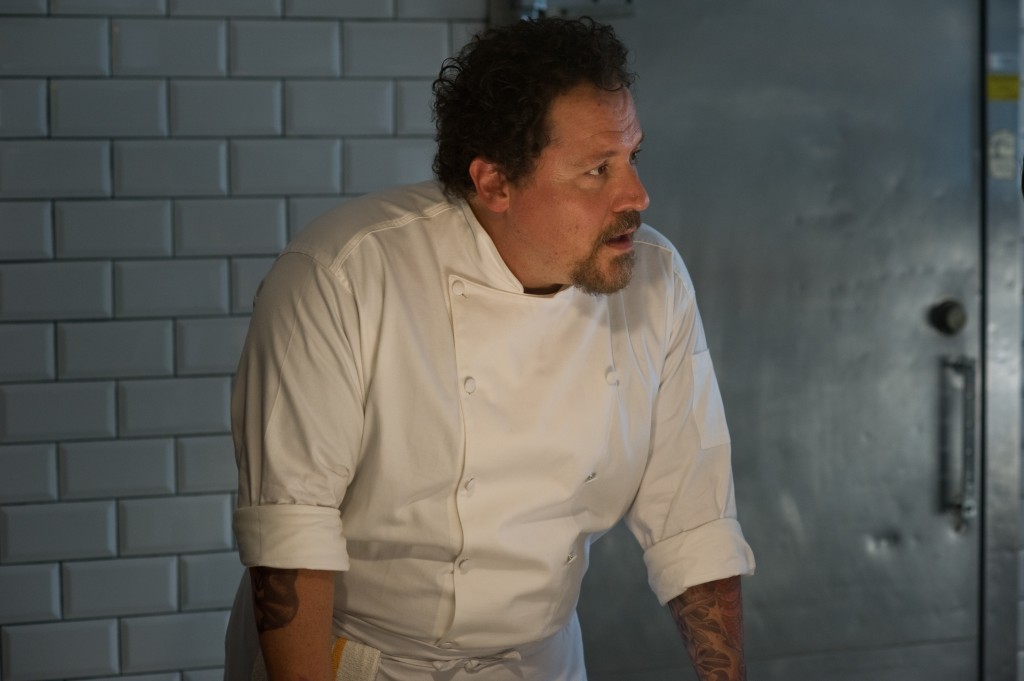 In 1996, SWINGERS changed the world, as it helped spark a Las Vegas renaissance, forever changed independent cinema, and launched the careers of Vince Vaughn and Jon Favreau, who have both taken very different routes to Hollywood royalty since.

Jon Favreau’s involvement in launching the Marvel cinematic universe is likely understated, due to his differences with Marvel Studios and the moribund IRON MAN 2, but the first IRON MAN likely wasn’t matched in quality and pitch since last month’s CAPTAIN AMERICA: THE WINTER SOLDIER, and it launched the billion dollar, generation-defining brand (and a disturbing new term: “mega-franchises”), introducing the idea of this interconnected, Easter Egg-filled universe that has changed Hollywood irrevocably. He also made ELF, one of the best Christmas movies of all-time. Unfairly, he might be more remembered for his busts, like ZATHURA (or Space-JUMANJI), COWBOYS & ALIENS and the aforementioned IRON MAN sequel. But even if critically reviled, he’s been a money making machine since hopping into the director’s chair, and no one will dispute his talent and vision.

With CHEF, Favreau revisits his roots, the journey of Carl Casper mirroring his own. It’s fascinating, overwhelmingly personal (he even makes a weight gain dig at himself), and clearly serves to rejuvenate Favreau’s creative spirit and enthusiasm for film. He also gets to utilize his stature in Hollywood to pepper this movie with one of the best casts you’ll see in a theater this summer. You could argue that CHEF might be more powerful or effective with a litany of unknowns, but each and every actor is impeccably cast (and is terrific), and the crux of the film surrounds a relationship between father and son, and Emjay Anthony is an incredible find as Percy, Carl’s son. 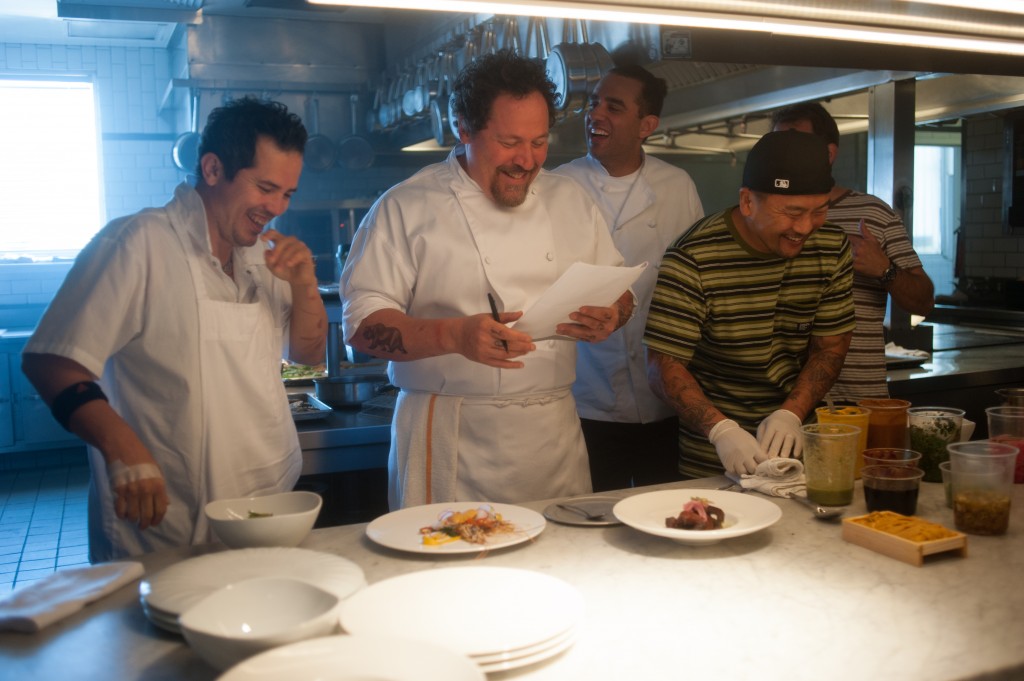 Carl Casper burst onto the scene in Miami as one of the ballsiest, most dynamic chefs in the game. Now, years later, he’s lost his edge, has divorced from his beautiful wife and is on the brink of losing his son, because he’s constantly consumed in his own $#*!. Relocated to Los Angeles, he’s been running his own restaurant for years, under the illusion that he has control of his kitchen and his menu. While his staff loves him, like the exceedingly loyal line cook Martin (John Leguizamo), the perpetually hung over sous chef Tony (Bobby Cannavale), and the unreal, sexy alluring hostess Molly (Scarlett Johansson), Carl bends to the owner. That would be Riva (Dustin Hoffman), the studio stand-in who snuffs out creativity, whimsy and inspiration.

It’s unclear why his employees love him so much, because for the first third of the film, Carl is an unhappy jackass. Wasted potential and a fallen star only has so much intrigue. Scarlett Johansson is great as this treasure of a hostess, the only bastion of happiness he has, whom he cooks for and makes love to, but she disappears from the movie entirely once he realizes what he actually has: a family. I think the movie is better for it, but her character still felt like a loose end.

The movie opens on an extremely important day for the restaurant: hot shot food blogger Ramsey Michel (Oliver Platt), who recently sold his food blog for millions of dollars, is coming in to review the restaurant. Carl goes to the farmer’s market, to find the freshest ingredients, forced to take his son Percy with him, uncomfortable sharing his world and passion with him. They have fun, but it’s obvious Percy doesn’t see his father often, and when he does, Carl only takes him to amusement parks, the movies and the like, which while fun, replace actually hanging out with his son, and getting to know him.

Carl wants to spice up the menu and create something all new. His workers love it, and are excited because he is (finally), until Riva puts his foot down, calling for his “greatest hits,” the crowd pleasing molten lava cake and the same menu they’ve had for years.

The result is, inevitably, a disaster. Michel was a fan, Carl Casper’s food was one of the reasons he got into the field. But he blasts Casper’s recent efforts, and it crushes Carl, leading to a rapid-fire rock bottom, thanks to his introduction to Twitter (a tremendously clever plot device utilized by Favreau throughout, with visual flair). You can imagine the back and forth, but you might not predict how far Carl Casper goes to destroy his career. 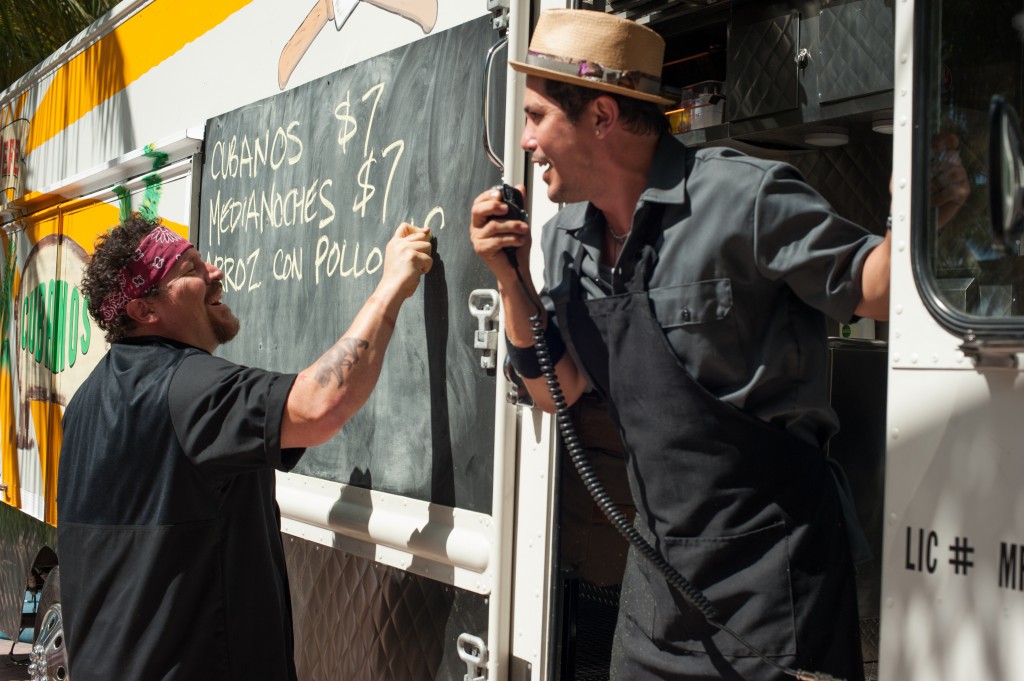 Unemployed with no job prospects, Carl returns to Miami with his ex-wife Inez (Sofia Vergara), to take care of Percy while she works. He’s essentially a nanny, but it’s clear Inez wants him to realize the opportunity that’s staring him right in the face: a food truck. Inez is one of those rare ex-wives in a movie you actually like, who actually roots for her ex-husband, and actually is friends with him, and it’s wonderful to see Sofia Vergara tone down her MODERN FAMILY shtick about 1,000 notches, and be that much more appealing because of it.

Thanks to Inez’s other ex-husband, an idiosyncratic loon/dick named Marvin (bless you, Robert Downey Jr.), Carl gets a crappy, used truck, and with the help of Percy and Martin, who quits the restaurant to join Carl on this odyssey, the trio launch El Jefe, going back to the basics and capturing the fun in food and life. The film will make you starving, as Carl, Percy and Martin drive across the country, stopping in America’s finest destinations for food, and serving up some of their own delicious looking old school Cuban sandwiches. You won’t wonder how Favreau gained weight. 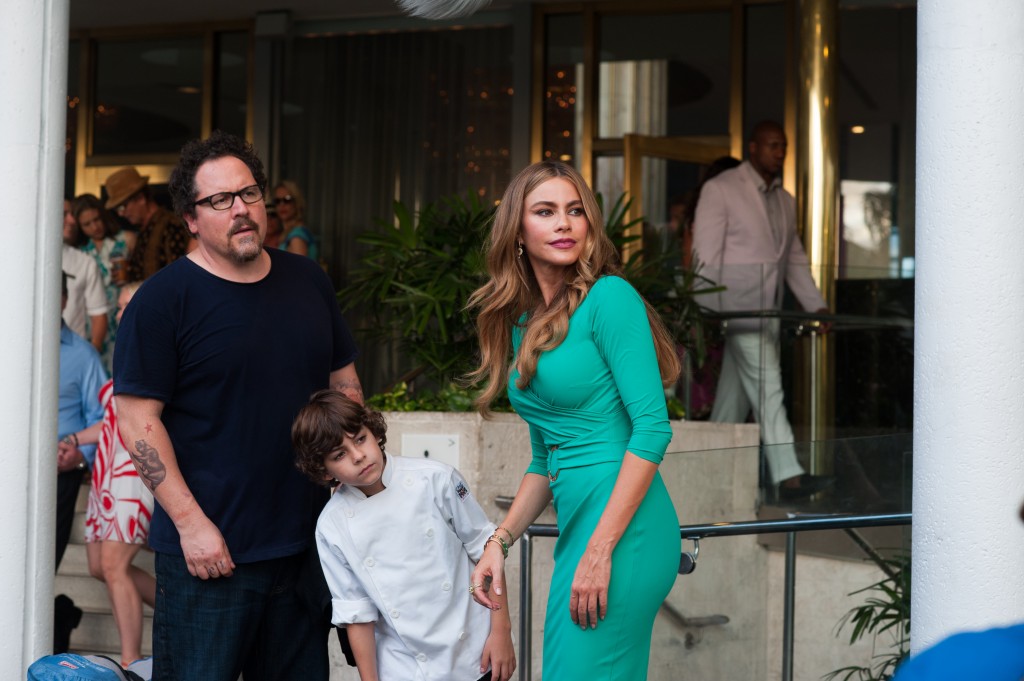 Carl is hesitant and resistant to introduce Percy to what he loves: cooking. Perhaps this is because he fears rejection, or doesn’t want to learn that Percy doesn’t share his passion or talent, or because he worries that Percy will become as disinterested and miserable as he is. While cooking is the stand-in for Hollywood and moviemaking, Favreau manages to make it universal, thanks to the wonderful father and son relationship at the heart of the film.

Once Carl ushers Percy into his world (enlisting him as a line cook and social media expert), the father and son relationship really starts to take off, and CHEF becomes adorable, inspiring and loving, a fitting return to Favreau’s roots, showcasing a more mature, family man in the director’s chair. It’s exciting to see Favreau rediscover himself. 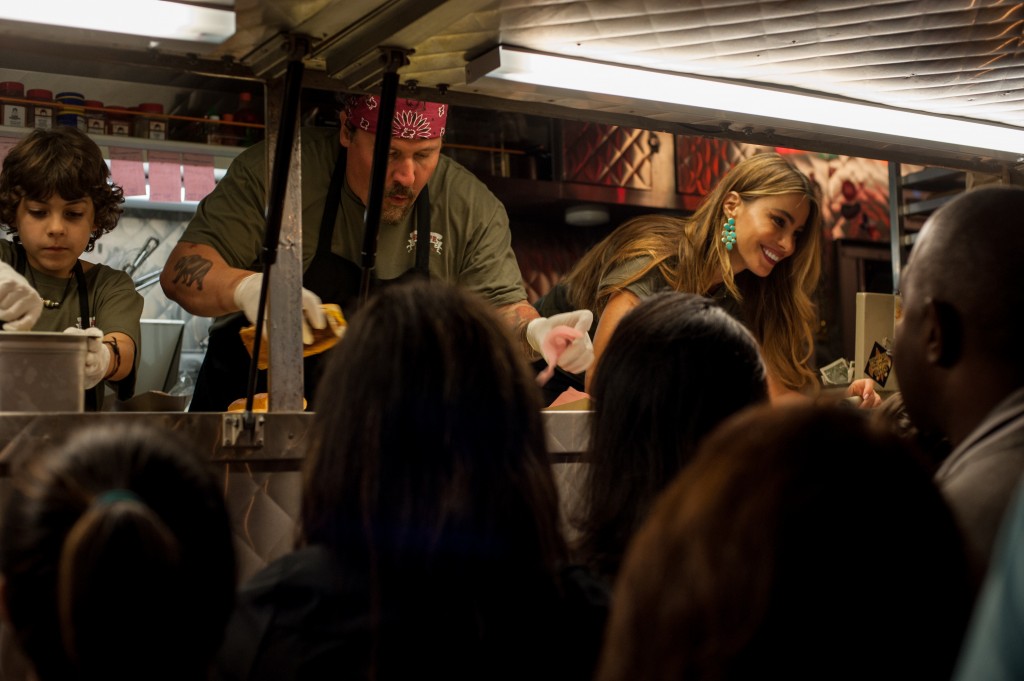