I’ll Miss “How I Met Your Mother” 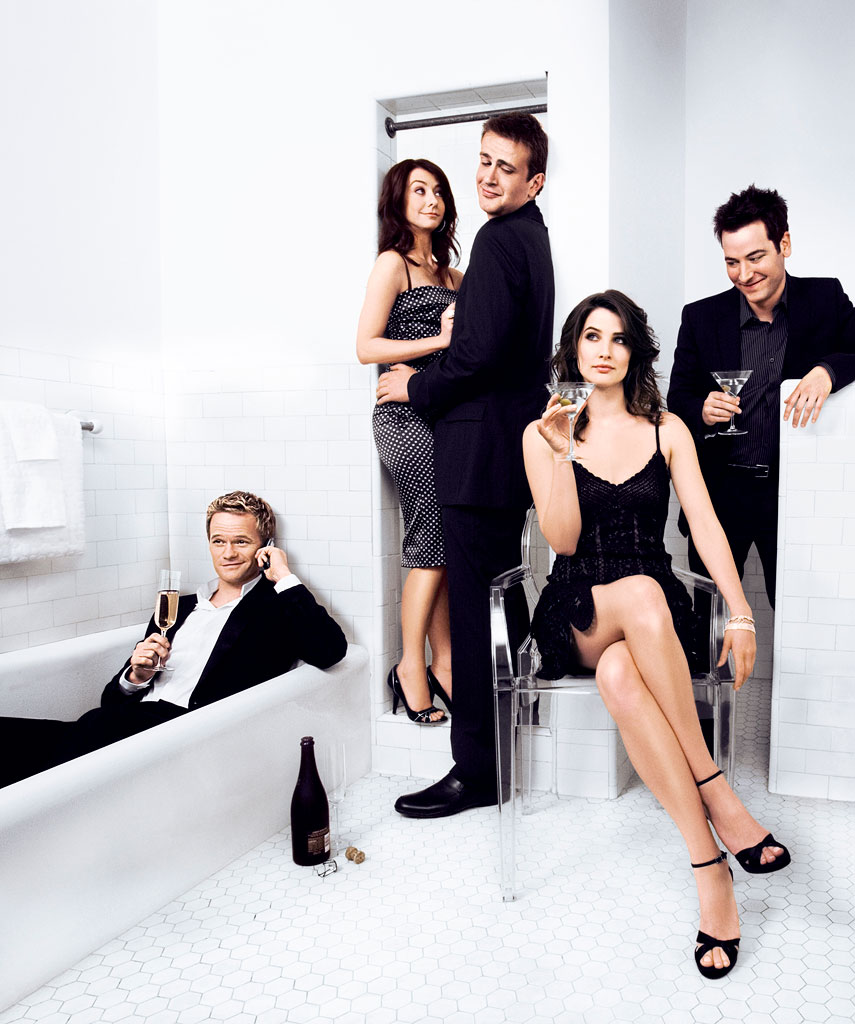 HOW I MET YOUR MOTHER changed my life.

On September 19th, 2005, Barney Stinson promised Ted: “I’m going to teach you how to live.” But really, he could’ve been talking to all of us.

Over the span of nine seasons, HIMYM became more than a funny sitcom. Thanks to one of the most talented, game and legendary casts ever, HIMYM became, like FRIENDS and SEINFELD, part of the family. It became a Monday night institution, a weekly tutorial on how to pick up women, to find true love, to live in NY, and mostly, how not to do all of those things.

I knew the moment that the pilot ended, when Bob Saget (as Future Ted) dropped the bombshell that Robin wasn’t the mother, but that we had just met “Aunt” Robin, that HIMYM was gonna be a thing. 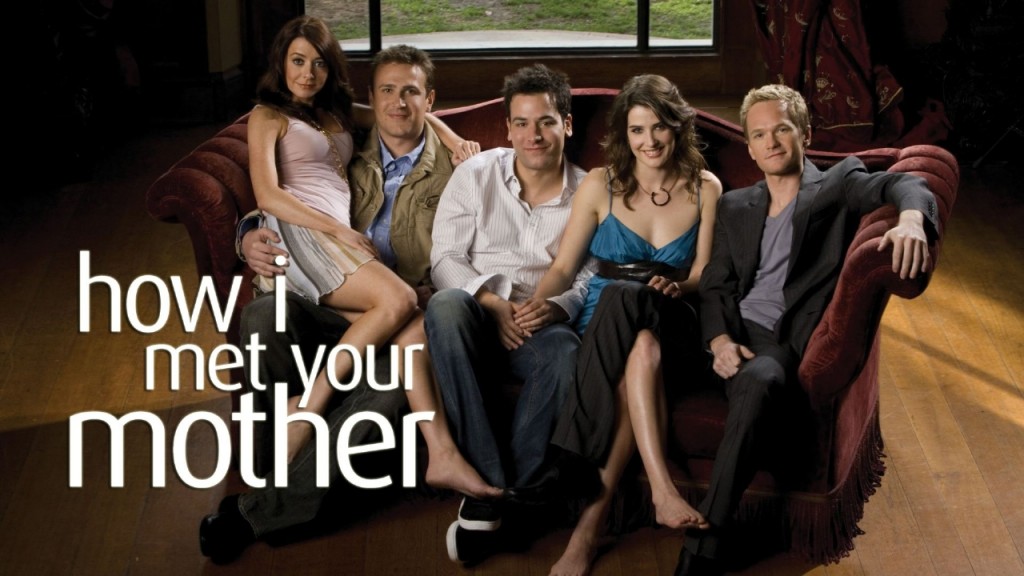 Of course, I was an easy target. I was ready to love Neil Patrick Harris from the word go. I had seen DOOGIE HOWSER un-ironically, loved STARSHIP TROOPERS and wanted to be cool, so I also “dug” HAROLD & KUMAR. The only parts I’ve ever dug about those movies are the NPH moments.

As for Alyson Hannigan, I actually hadn’t watched BUFFY when HIMYM first began, but AMERICAN PIE was one of the most formative comedies of my young adult life (which likely says a lot). I also think my Future Self knew how big a deal Willow and the Whedonverse would be to me, that I always held a special kinship for Hannigan, before I truly did.

Cobie Smulders was smoking hot, but clearly more than a pretty face.

Josh Radnor had weird ears and a big heart, and I grew to love his semi-self indulgent hipster-y indie movies, like LIBERAL ARTS. And maybe I recognized him as the Tour Guide from NOT ANOTHER TEEN MOVIE, but I sincerely doubt it.

Jason Segel was already a king to me, having loved FREAKS AND GEEKS and UNDECLARED and firmly in the Judd Apatow camp.

HIMYM had me hooked, and over 200 episodes later, Ted, Barney, Marshall, Lily and Robin have become a part of who I am.

I wanted to be Barney, the one-liner spouting ladies’ man that’d make Wilt Chamberlain blush, with an outrageous salary for a bogus job, espousing more wisdom than Broda, and most impressively, no STD’s.

I wanted to date and fall in love with Robin, the impossibly (Canadian) beautiful “one of the boys” women with a sense of humor, a knack for laser tag, Daddy issues and a devastating pop star past. Cobie Smulders joining the Marvel Universe as Maria Hill only made this a more pressing desire.

I wanted to have a relationship like Marshall and Lily’s. Has there been a better couple on TV than Alyson Hannigan and Jason Segel’s characters? HIMYM has done a phenomenal job of adding layers to the pair, of adding conflict, humor and genuine ups and downs in their relationship, while never sacrificing or ruining the couple for the sake of shock value. It hasn’t always been Lilypad’s and Marshmallows, but that’s what makes them real, even while being the husband and wife we all strive to be. They haven’t been together for all 9 seasons, but there was never any doubt as to who they would end up with, and never any “won’t they” served with the heaping portions of “will they.”

But we’re all more like Ted than we want to admit. We over think things. We’re dreamers, optimists, architects of our own loneliness, creating impossibly romantic scenarios in our head that life can’t possibly supply. We hold onto things we love, for a painfully long time. We can’t get over them, or over ourselves, and yet, Ted is the everyman. The nice, funny, hopeless romantic searching for a happy ending, for meaning in this sometimes discouraging universe. HIMYM has proved unequivocally that the world needs Ted’s.

HIMYM changed television. HIMYM has the mythology and back story befitting a high concept drama like LOST or BREAKING BAD, yet it’s in a bite sized 20 minute sitcom package. No longer are audiences merely satisfied with a completely static cast of funky characters with no change like the sitcoms of yesteryear (or the cartoons of forever). We wanted events and episodes to matter, to have lasting effects, and HIMYM created a gripping story and addictive conceit with its pilot and never deviated from it. HIMYM changed the way we consume TV, a harbinger of high-concept obsessions and the binge-watching generation, presenting a new kind of sitcom.

Is there a show with more lasting and hilarious running jokes? A show that extolls more divine life lessons? More ingenious rules about dating? HIMYM created its own language.

I’ve used “Have you met—?” to start a conversation with women. It hasn’t really worked, but it’s never NOT worked. I’ve gone on dates in fear that they would use the Lemon Law.

I’m always disappointed when I don’t make friends with the Taxi driver. I’ve never tried the Naked Man, but I’m convinced it’d work (2 out of 3 times). I want to correct everyone’s pronunciation of the word “Renaissance.”

I force Bro into random words and I didn’t make fun of a friend when he bought The Bro Code. I firmly disagree with the “Nothing Good Happens After 2 AM” mantra, but I can attest that most of the bad things in my life have come after that fateful time.

Of course, it hasn’t always been pretty (Daphne. “Son of a beesh.”).

To me, the first five seasons were practically bliss, some of the funniest, most inventive and heartfelt sitcoms in history. It was my favorite show during early seasons, and probably the only show that I would save on my DVR after watching it, leading to innumerable repeat viewings. I listened to “Sandcastles in the Sand” and “Let’s Go to the Mall” an embarrassing number of times. The Slap Bet is probably the best long-running joke in the history of TV. If I had recorded The Perfect Week on a VHS tape, it would’ve been destroyed. Who hasn’t felt like the Sexless Innkeeper at some point in their lives?

When I was backpacking in Europe, one night I found myself returning from the clubs of Barcelona (well after 2 AM). I was heading into my hostel for sleep when I bumped into a girl named Karlee. She was Canadian, and more importantly, was as obsessed with HIMYM as I was. We talked beside a fountain, which would’ve been romantic had it not been for the thieves and vagrants circling us like vultures, asking us for money and preparing us for the sex trade. But still, we chatted passionately for hours about our hopes and dreams, about marriage, TV, the future, the important things. We were both playing a part in re-enacting HIMYM…both falling in love for one night.

The problem was that we were both Ted’s. It was a perfect conversation, where everything the other person said made perfect sense and enlivened the heart and loins…and we both built up the other person impossibly in our heads, that the next morning…when the illusion (and drunk) had worn off, that it felt weird. We maybe weren’t the ones for each other, and probably never had been. We had played our parts perfectly. For that night, it was exactly what we wanted and needed…and by seeing each other again, we had kind of ruined it. Like Ted, I met the Slutty Pumpkin again, and it simply wasn’t the same. How do you follow that? You don’t.

The same problems plagued HIMYM. The last four seasons have been more like a rollercoaster, with a few unbearably long waits to get on the ride itself, as CBS and its creators dragged out this tale with seemingly no end in sight. It was becoming a major bummer (*salute* Major Bummer). The characters didn’t feel as fresh, and the relationships didn’t crackle with the same electricity, and the guest stars felt more like stunt casting than stumbling upon treasure (does it get better than Wayne Brady and James Van Der Beek?), and we all were just ready to meet the damn Mother already. Like the immortal Murtaugh, we were getting too old for this stuff, and so was Ted and the McLaren gang.

It’s taken three seasons to get us to Barney’s wedding, and 9 seasons for Ted to tell us the story of how he met the mother of his children. Sometimes it’s been like pulling teeth. At first, I would be practically giddy with a small morsel of information about the mother. She’s in a band? She has a yellow umbrella? Soon these “revelations” were met with sarcasm, eye rolling, and impatience.

Like Ted, we were tired of waiting. The show needed an intervention, and an endgame. Plus, with this massive snowball effect of expectation…doubt seeped into my brain. After 8 seasons of buildup, how could they possibly find a woman that would be worth the wait? This “Mother” wasn’t just for Ted. It was for all of us.

And then, in the finale of season 8 (“Something New”), we met Cristin Milioti.

Her hiring was probably one of the greatest TV casting decisions of all-time.

Sarcasm, doubt, impatience, all of it gone. Cristin Milioti is everything. 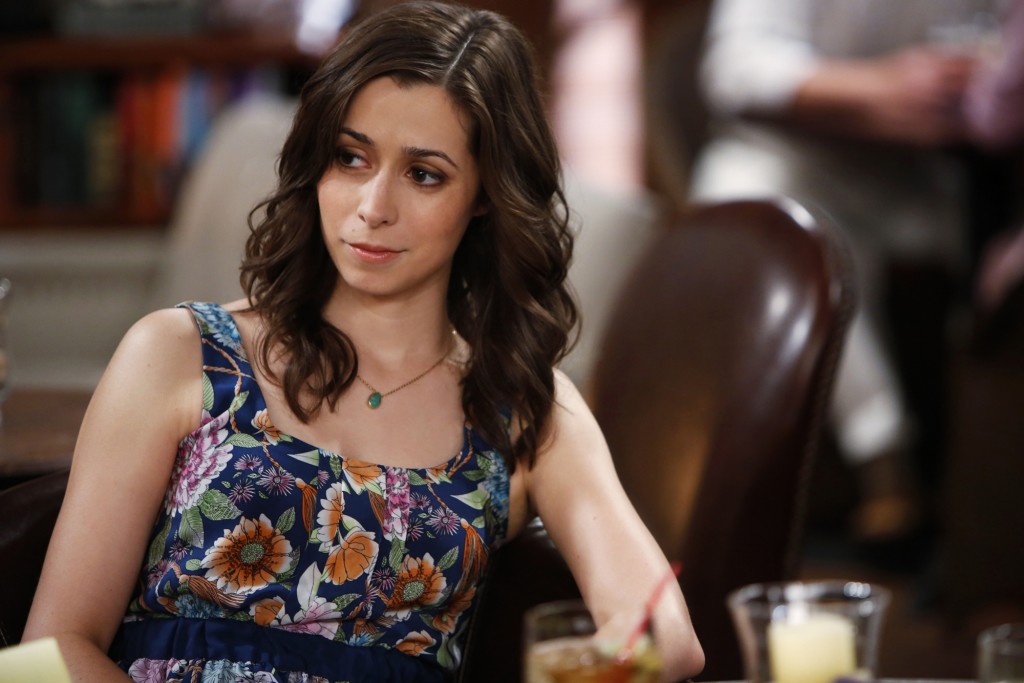 While getting a few random curly fries with your regular fry order is cause for celebration…Cristin Milioti is the dream. She’s the most adorable, sexy, funny and wonderful woman, and the  brilliance with which Carter Bays, Craig Thomas and Pamela Fryman have weaved her into the HIMYM tapestry has cemented their esteemed status on TV once again. “How Your Mother Met Me” is one of (if not) the best episode(s) of the entire show, injecting years of backstory and emotional investment in a character that already had an unfair amount of baggage and expectation before we even met her, all in 20 plus minutes. Cristin is the best part of every scene she’s in, and every interview or moment I’ve seen of her off camera has made me melt into the 5th grade version of me after discovering my first crush.

After I watch/cry continuously during the two-part finale on Monday March 31st (I’m debating whether or not I should eat a sandwich first), I’m going to miss HIMYM. For a few years, I was ready for it to be over, discouraged enough to consider removing it from my DVR entirely. Had I done so, I clearly would’ve been the Blitz. But come Tuesday morning, after HIMYM has no doubt come to an emotionally satisfying conclusion…I’ll want HIMYM back, and I likely won’t wait three days before trying to call her back.

Daddy’s finally coming home, with the Mother in tow, and it really was, impossibly, worth the wait.

It really was Legendary.