For Roger Ebert, Movies Uncovered Meaning of “Life Itself” 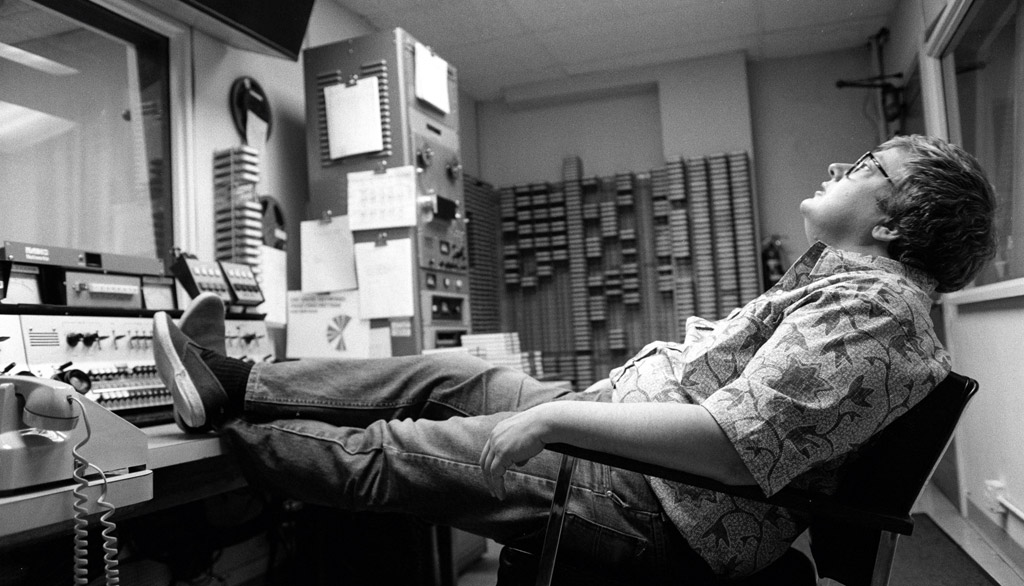 As Steve James’ (HOOP DREAMS) transcendent documentary chronicling the life of the world’s most famous, popular and inspirational film critic Roger Ebert unfolded before me, I couldn’t help but wonder one thing: How the hell am I supposed to review a movie about Roger Ebert, to write something worthy of him, his life and his work, and to give him, his wife Chaz and the filmmakers proper reverence? I almost feel wrong in the attempt, but I know Roger Ebert would settle for nothing less, and deserves as many voices as possible.

Since I moved to Los Angeles in a potentially misguided attempt to write in the “industry,” I’ve managed to cover various film festivals, Comic-Con and get myself invited to a variety of press screenings to represent this site, PopInsomniacs and formerly Famous Monsters. But I don’t know if I ever felt so grateful, honored or out of place than when I sat with some of Roger Ebert’s contemporaries and potential film critic luminaries to watch James’ engrossing LIFE ITSELF this past week. The respect was palpable as were the intoxicating emotions, floating in the air like powerful memory. I quickly realized that this quiet reverence will be found in every cineplex showing LIFE ITSELF, because Roger Ebert has profoundly touched upon the lives of anyone who gets that childish, wonderful thrill when you squash yourself into a plushy red movie seat, of anyone who loves movies. Thanks to Roger Ebert, there are a whole lot more of those wonderful kind of people out there.

I grew up aware of Roger Ebert as half of the Siskel & Ebert team on SNEAK PREVIEWS and AT THE MOVIES, and like many, sought out a “thumbs up!” or two on the posters of movies I desperately wanted to see. I knew him as a legend and respected his opinions, but never knew Roger Ebert the man. After walking out of LIFE ITSELF, I now feel like I do, and am thankful for that and all of the other feelings that came pouring out of me during this ambitious documentary.

In the opening of LIFE ITSELF, a film based on Rogert Ebert’s memoirs of the same name, the every-critic posits that “movies are like a machine that generates empathy. It lets you understand a little bit more about different hopes, aspirations, dreams and fears. It helps us to identify with the people who are sharing this journey with us.” By this definition, LIFE ITSELF is a soaring achievement. 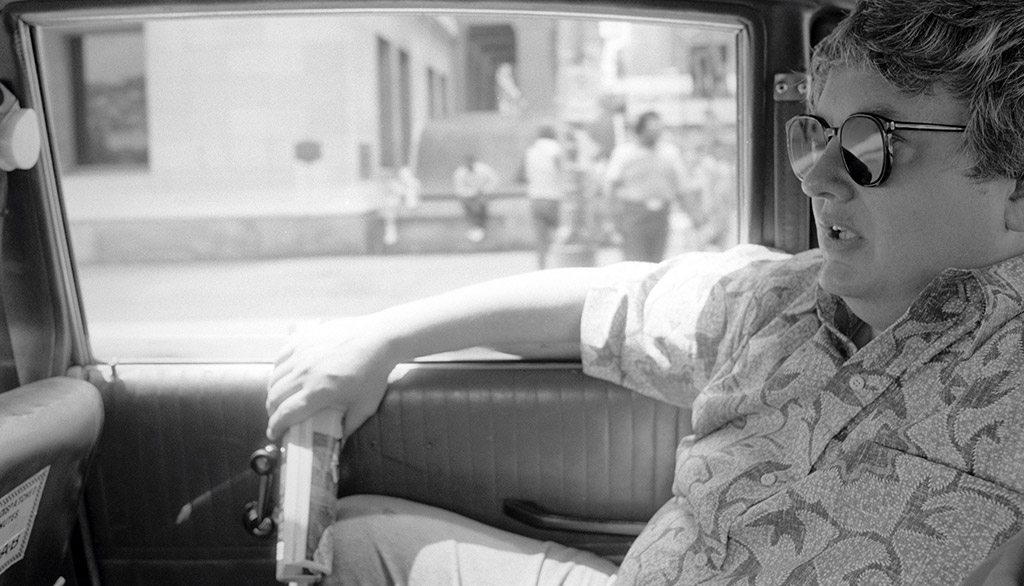 We start with Roger’s quaint upbringing in Urbana, Chicago with his working class parents who couldn’t afford Harvard to his domineering grasp upon his college newspaper, consumed with an unrelenting need to work and to publish, to see his authorship spread. When we quickly chronicle his mercurial rise as a film critic at the Chicago Sun-Times, resulting in a Pulitzer and worldwide fame, there’s perhaps less and less in his story that informs our own story. Yet, it only serves to make the movie more powerful and universal.

In the 60’s and 70’s, Ebert exalted in the Chicago late-night atmosphere, drinking the night away at O’Rourke’s with his fellow journalists. The lifestyle, like a gritty re-imagining of the salons of 17th century France, proved addictive to Ebert, who fancied himself an intellectual pillar of Chicago, and loved to hold court, tell stories and meet women. Hilariously, nearly every friend interviewed for the film commented on his unparalleled horrible taste in women in the “old days.”

Soon, the drinking was too much for him. He wished that he was dead. It was impossible to stop drinking after he had one or two. Roger had his last drink in 1979, becoming a member of AA and turning his life around.

(His battle with alcoholism became public in 2009 with this blog entry.) 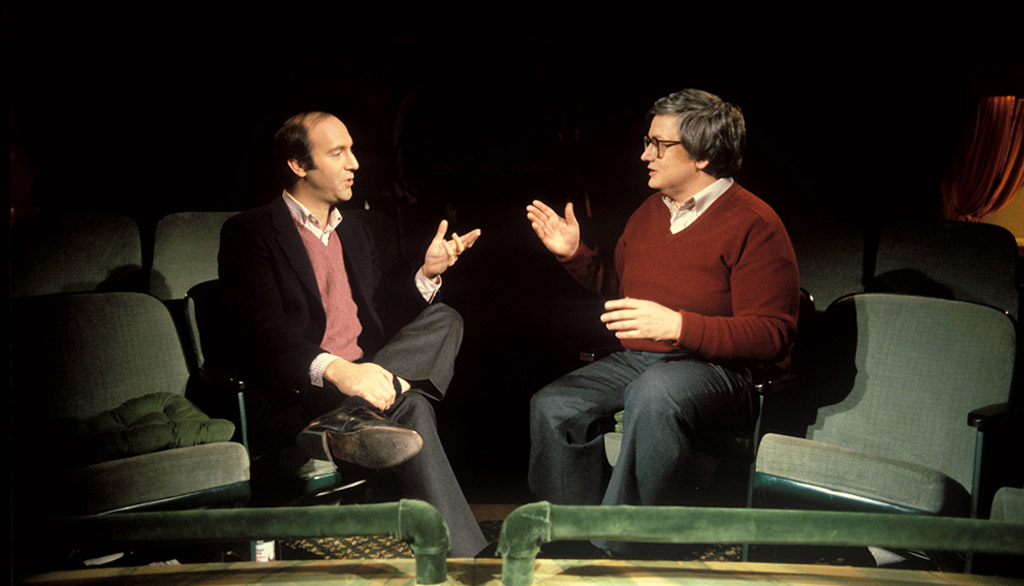 During this time, he had just embarked on a public television odyssey. SNEAK PREVIEWS and AT THE MOVIES tapped into a basic concept: people loved to sit and argue about movies, endlessly trying to convince their buddies as to whom is right. Siskel and Ebert were just far more knowledgeable about the subject, and it helped that they hated each other. Ebert was a futurist: he understood where movie fandom was going, and was quick to embrace the tenets of social media in the years ahead. Indeed, the passion in which Siskel & Ebert discussed movies likely influenced the fervor we see for movies and TV today.

The portrait of Siskel and Ebert’s relationship is one of the most fascinating subjects in a documentary that’s endlessly fascinating. Some of the most funny and poignant moments come from archival footage of the two on set, and emotional interviews from Gene’s widow, Marlene Siskel. The two were rivals from the start, coming from competing newspapers, with completely different upbringings (Siskel was in Hugh Hefner’s entourage), and soon knew exactly how to get onto each other’s nerves. The two were devious, petulant, arrogant and were probably the only people who could actually hurt the other. They also loved each other, like brothers, making Gene Siskel’s shocking death in 1999 all the more devastating to Roger. Siskel kept his brain tumor from nearly everybody, not wanting it to taint his final year of life. Roger promised to take the opposite tack if he ever got sick, wanting to be upfront about his health, a promise he more than kept with his unflinching honesty on his blog, which he updated until his death. 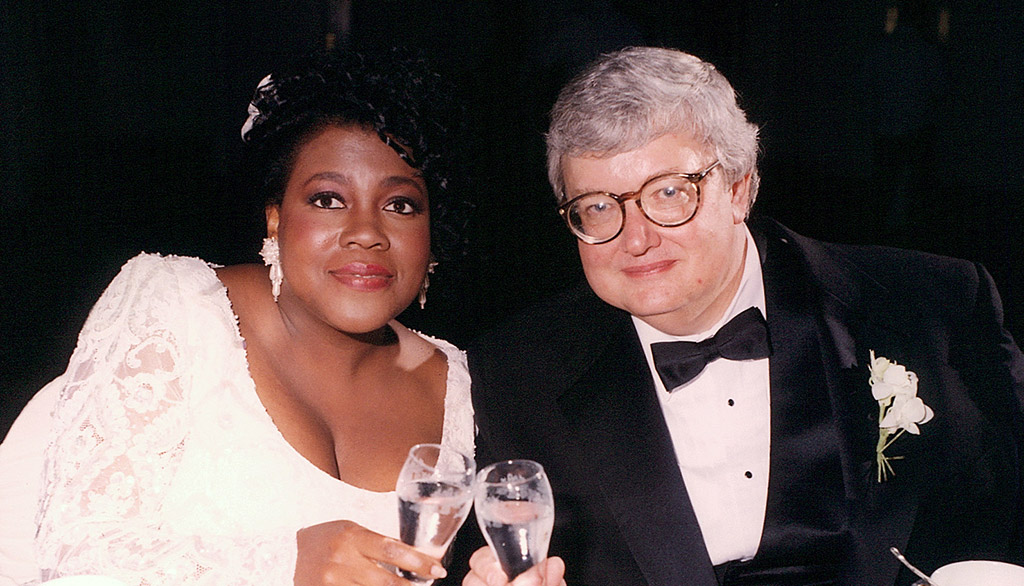 Ebert was 50 when he got married to Chaz, and you’ll have no doubt as to their love when you see this documentary. Chaz was more life changing than any TV show, coming to Roger when he had almost given up on finding love and partnership. It’s clear that without Chaz, Roger would have given up the fight against cancer long ago, that he wouldn’t have been doing the things that he was doing for the last decade of his sickness.

By Roger’s own admission, we’re witnessing the final act in the movie of his life. Despite the pain and anguish, Roger’s glad to have avoided a sudden death. His long and arduous illness is a better story, an admission by Steve James that Roger Ebert responds with a knowing nod and grin. While it’s Steve James’ movie, Roger clearly relishes the power his life holds over the narrative. Like many of us who are fascinated with film, we constantly imagine ourselves in one, and Ebert, even on his deathbed, is making the most of the opportunity of a lifetime.

When Roger Ebert saw WHO’S THAT KNOCKING AT MY DOOR? he saw something special in the filmmaker, a young Martin Scorsese making his first film. Years later, in the 1970’s, Marty was in severe depression, alone, addicted to cocaine; he “didn’t know he wanted to keep living.” Around this time, Roger Ebert put together a tribute for Scorsese in Toronto, which in Mary’s own words, allowed him to start his life again. De Niro helped Marty kick his addiction and make RAGING BULL in 1980, and the rest is history. It’s incredible to see how many filmmakers Roger Ebert profoundly touched with his words and his friendship. He helped save Scorsese’s life, while also making the careers of Errol Morris, Ava DuVernay, Ramin Bahrani and countless other independent filmmakers, even inspiring Werner Herzog to dedicate a film to the critic who transcended that nomenclature. All of whom make memorable appearances in this documentary. Roger made it okay to be peers and friends with his subjects, and it never clouded his judgment, as evidenced by his harsh review of Scorsese’s COLOR OF MONEY. Scorsese believes that Ebert made it possible for movies to be appreciated as an art form. How incredible a compliment is that? 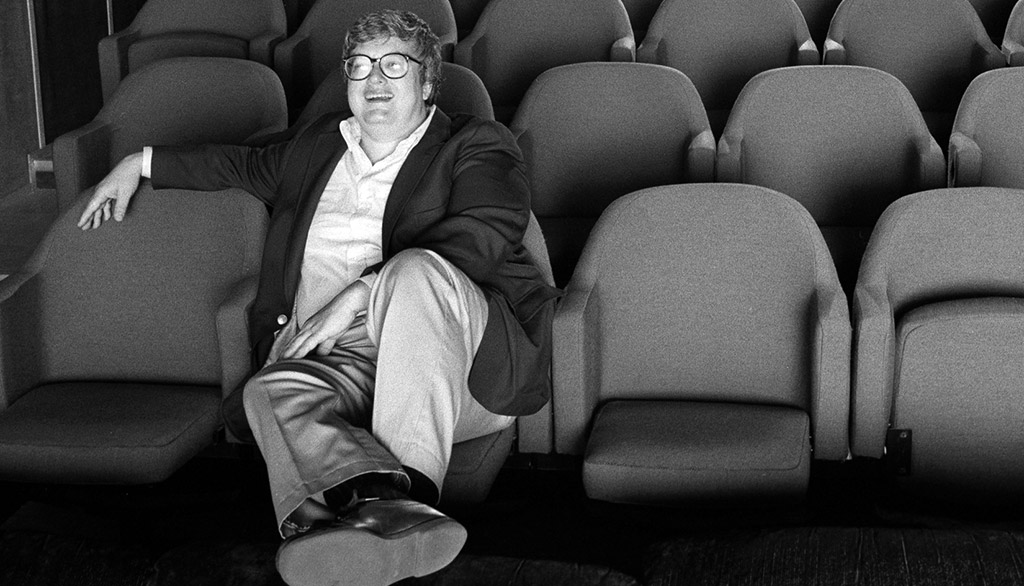 My grandfather is in dire straits. Ever since his wife (my step-grandmother) died, he’s been suicidal, and been in and out of the hospital with a litany of ailments and surgeries. He’s lost his Chaz, and can’t seem to live without her. While Grumps has moved closer to the family, to the Bay Area, he’s never seemed so distant to me, in person or on the phone. Aside from sports, a shared love of movies is the basis of our relationship. As I watched Roger fight with noble dignity, tears came to my eyes, wishing my grandfather had the same drive, passion and will to live. I wanted to bring him this movie, to watch it again with him, and to remind him the power of cinema, and that there is something to live for, that we can learn from Roger’s inspiring example. A man who made his mark on society by talking on TV soon lost his ability to speak, eat and drink. Yet he fought on, living without basic necessities for the better part of a decade, thankfully still able to write, his first and most precious power.

Eventually, Roger Ebert succumbed to the unimaginable pain, the innumerable surgeries and a severe drop in living conditions. He signed a DNR form without Chaz’s knowledge (knowing she’d never let him go willingly), and when the time came, found his peaceful and happy ending. Afterwards, Chaz remarked that he looked years younger, happy, the warmth still in his hands, as his family held hands encircled around their man.

And as I sat there, brooding on the old unknown world, I thought of Gatsby’s wonder when he first picked out the green light at the end of Daisy’s dock. He had come a long way to this blue lawn and his dream must have seemed so close that he could hardly fail to grasp it. He did not know that it was already behind him, somewhere back in that vast obscurity beyond the city, where the dark fields of the republic rolled on under the night.

Gatsby believed in the green light, the orgastic future that year by year recedes before us. It eluded us then, but that’s no matter—tomorrow we will run faster, stretch out our arms farther. . . . And one fine morning——

So we beat on, boats against the current, borne back ceaselessly into the past.

I think Roger was able to grasp that dream, and more importantly, has inspired us all to run faster, stretch out our arms farther, beating on, against the current, to try and achieve our own.

Magnolia Pictures’ LIFE ITSELF arrives in theaters and on iTunes and On Demand July 4th, 2014. For more information on the film, check out its website and its Facebook.