It’s getting to be that time of year when I re-watch my baby beginning to end. I’ve also been dying to do a BtVS ranking FOR. EVER. so here it is. Buzzfeed has already completed a full ranking of all the episodes but I refuse to do the same because it may give me a hernia, so instead I’m ranking BUFFY in three separate posts: by Season, then by Episodes-per-Season, then Top-Episodes. Please leave your hate mail at the door, ’cause this is gonna be sooper ruff. 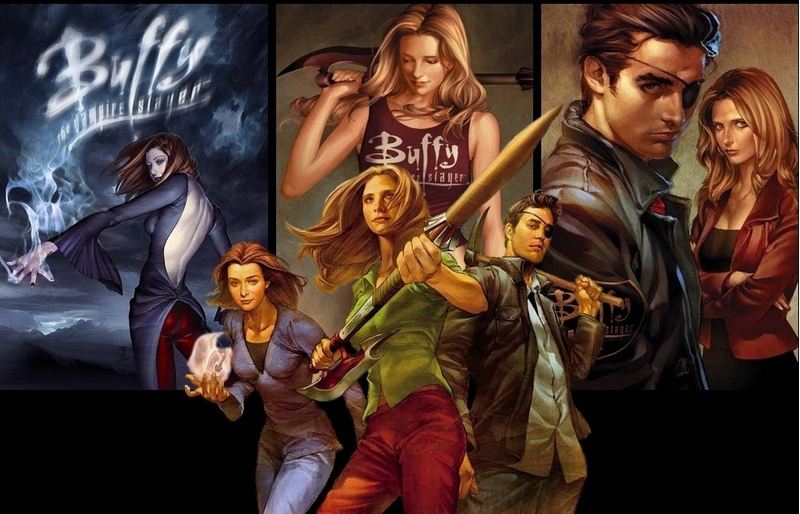 7. FOUR. Oh my god, four. The worst season of any television show ever. Creator Joss Whedon was trying to help BtVS find its legs after the loss of Angel and Cordelia and with the gang moving onto college and growing up. In experimenting with some new things he also did some very bad things that we should forget forever. A few heart breaking episodes and a few terrific stand alone episodes, but mostly horrendous ones, BtVS S04 was traumatizing for all us faithful, loyal fanatics.

6. ONE. The premier season of BtVS was a mere 12 episodes of campy lines and atrocious effects, but it was also the introduction season to a show that would become one of the biggest cult phenomena’s TV has ever seen.

5. SIX. A lot of folks will argue this was one of the best seasons, but I’m fairly torn about it. It had some great moments, and I won’t even try to deny that seeing James Marsters shirtless every other episode wasn’t dazzling, but as far as storytelling goes, the magic-addiction and end of season deaths were too much in all the wrong ways.

4. THREE. Not a Faith fan. She was not the worst character we saw on the show (hello, Dawn!) but she got real old real fast. Her attitude, her actress, her everything. But, The Mayor.

3. SEVEN. I know, I know, I know. Most everyone hated S07, but I quite enjoyed it. After all the hard work, dedication, loyalty and love she’s protected the world with for the past seven years, we finally saw her fall from favor and for just a moment – just a brief, fleeting moment – give up. The girl who was nothing but strong over the years; sacrificing the love of her life for the greater good; the girl who died twice; the girl who saved everyone how many times… If Whedon hadn’t humanized her enough through all her trials since Sunnydale High, watching our girl finally give up and say, “No more” for a single episode really hurt.

2. TWO. It pains me to choose between S02 and S05, but alas, such is the job. Season Two was brilliant. The pain and inevitable suffering we the fans endured along with our heroine as Angel ruined all our lives was not without its saving grace: Season Two solidified that we would be with Buffy until the end, standing by her side and fighting with her. Season Two brought us our favorite psychotic duo Spike and Drusilla, and made us grieve the loss of fan favorite Jenny Calendar. Season Two broke our hearts over and over again.

1. FIVE. Anyone who doesn’t believe S05 to be the strongest, most interesting and heartbreaking season of show did not watch the same BUFFY THE VAMPIRE SLAYER that I did. There are so many things to say about season 5, that I couldn’t possibly list them all without my head exploding so let’s go with: Spike, Glory, JOYCE, Buffy Bot, The Watchers Council, The Doc, TARA, and Buffy, Buffy, Buffy. Season Five was perfect. 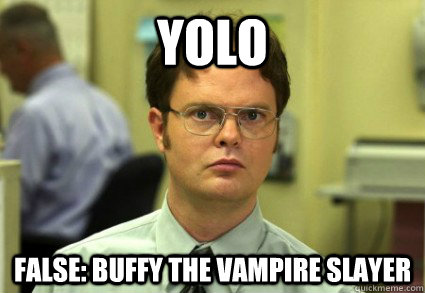 Rankings were designed to test our allegiance, devotion, endurance, strength and ability to weed out the weak. In other words: they suck and I hate them. Stay tuned for the next installment of “Ways to Make Your Soul Hurt.”