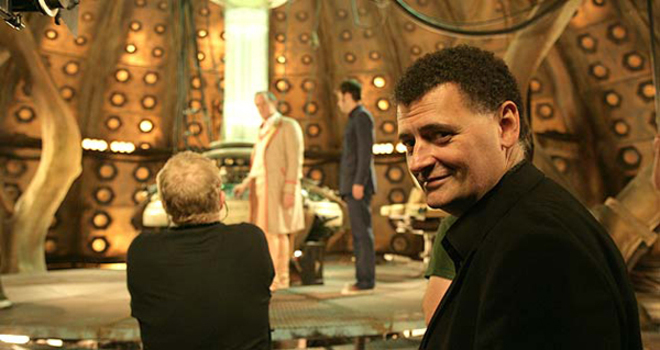 SHERLOCK and DOCTOR WHO SPOILERS ABOUND

Anyone who has had a five-minute conversation with me, has read any of my blogs, or has even looked at me knows I’m a feminist. I make no secret of it since I don’t think it’s something to be ashamed of. Do I want to over-throw the men of power and use them all as slaves (sex or otherwise)? No, no I don’t. Do I want all people to be treated and paid equally with the same constitutional rights? Absolutely, yes. So I can only hope everyone hears me when I say: I don’t see Moffat’s so-called sexism and misogyny in his shows. His personality could sure use some help, but he has created quite a few strong and successful women during his tenure running DOCTOR WHO and SHERLOCK.

The women of focus here are the most prominent in both series:

Amy Pond was one of my least favorite companions (trumped only by Martha Jones who was a waste of space, goddamn her). I found Amy annoying and Karen Gillan’s portrayal of her boring (nothing against Karen, I don’t dislike her at all) – and I still just can’t get past how she treated her future hubby Rory in Series 5. However, she was a good character. My nit-picking (and crazy love of Rory notwithstanding) had nothing to do with how she written, but more how she was acted. As far as characters go, she may have had an unhealthy fascination with The Doctor during her first series as a companion (as evident by trying to make-out with him the night before her wedding… Little did she know, she’d be mama in-law one day.) but she was a witty, strong-willed, competent character. She believed in The Doctor (who doesn’t?) but she believed in herself, too. (re: Riddell: “This is a two-man job! What are you doing?” / Amy: “I’m easily worth two men. But you can help if you like.”) My turning-point episode, The Girl Who Waited, is seen as one of Moffat’s more controversial episodes (Amy gets stuck in a different time-stream than Rory and The Doctor and has to wait like, 35 years, for them to pull her back into their time-stream. She becomes a badass warrior and survives on her own the entire time. The episode ends with Future-Amy being left behind to, presumably, die while The Doctor and Rory save Current-Amy. If you’re confused… It’s all just wibbly-wobbly timey-wimey stuff. Go watch the show.) I happened to love the episode and it’s one of the few that really made appreciate how strong Amy was (and what all the crazy-Amy-loving-fans are obsessed with). She showed such resilience, and an unwillingness to give up at any cost which she then carried with her until the end of her run as a companion in Series 7. WATCH: “The Girl Who Waited”, “Dinosaurs on a Spaceship,” and “Angels Take Manhattan” 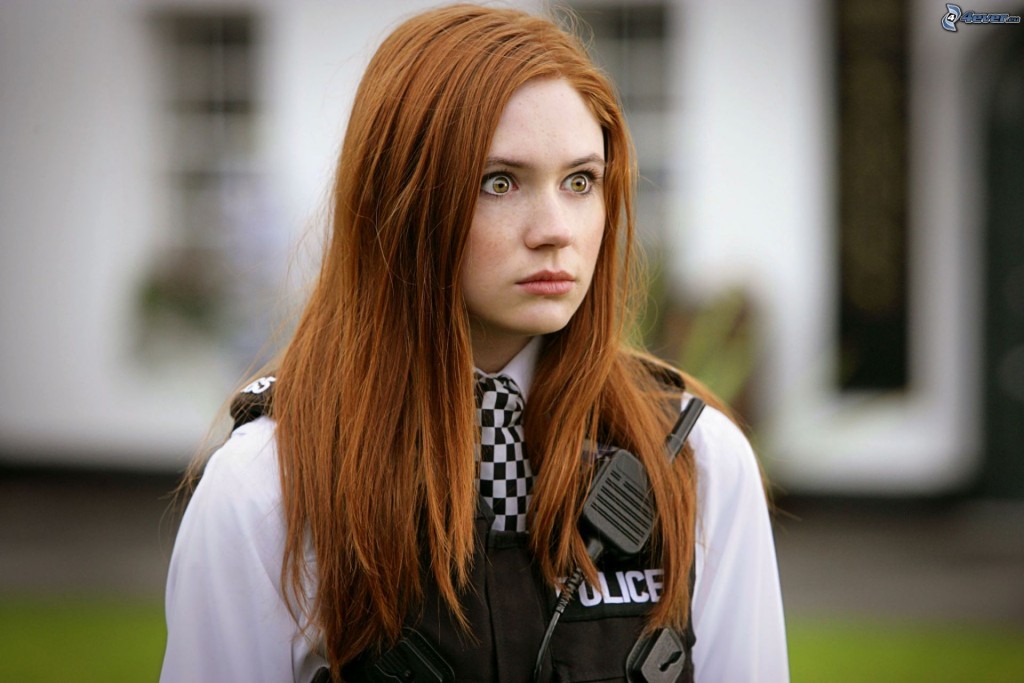 Few words can really show my deep love and connection with River Song (AKA Melody Pond, AKA Amy and Rory’s daughter who was raised in a different time stream, brainwashed to be a psychopathic assassin whose sole purpose was to kill The Doctor, and who decided instead, to fall in love with – and marry! – The Doctor.) Sexy, a master marksman, part Time-Lord, she is DOCTOR WHO’S answer to if Black Widow and Zoe Washburne (re: FIREFLY) had a lovechild. River Song was not only stubborn as an ox, she was brassy, just as clever as The Doctor, and (though not surprisingly) more logical than The Doctor (because most everyone is, really.) I can’t help but think that those who call Moffat’s female characters weak and shallow have never watched a single River Song episode. WATCH: “The Wedding of River Song,” “The Pandorica Opens,” and “The Name of the Doctor” 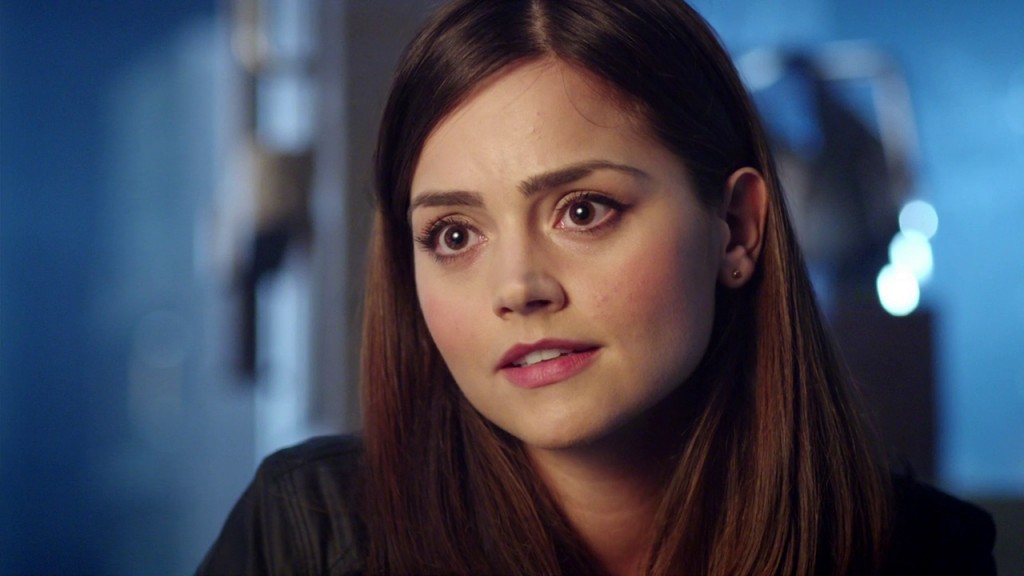 As for Clara “Oswin” Oswald, she is the closest we’ve gotten to any of the original WHO companions. She’s clever, loyal, impassioned and serves as a conscience to The Doctor when he can’t seem to find his. While that may not help her [or my] case (it could make her seem as if she’s only there to fill the role of the obligatory female companion), once Moffat reveals at the end of Series 7 that Clara has been watching over The Doctor since he initially stole the TARDIS how many hundreds of years ago, you realize that this companion, this girl, has been protecting him and guiding him since day one. She’s already saved him from how many threats, and we get to see her save him from himself on more than one occasion. WATCH: “Journey to the Center of the TARDIS,” “The Name of the Doctor,” and “50TH Anniversary Special: The Day of the Doctor.”

Molly Hooper. Lovely, nerdy, smart, frumpy, socially awkward Molly Hooper. The one that mattered most. She literally saved Sherlock’s life. While Molly Hooper has spent basically the entire run of the show thus far pining after our beloved sociopath, she is shown to be intelligent in her own right. Looking at the little bit of information we know about her personal life (she has tried to connect with Sherlock on multiple occasions, “…[my father] was always cheerful, he was lovely. Except when he thought no one could see. I saw him once. He looked sad.”) She’s observant, understanding and warmer than anyone gives her credit for. While sure, those are all considered “feminine” traits, by the end of Series 3 she’s had enough of Sherlock’s shit (ZING!), and sees right through him. She might still appreciate his genius, but is done with his attitude – which for a person like Molly (shy, introverted, unable to really stand up for herself), who’s been run over and ignored and put down by Sherlock basically the entire first two series – it’s a huge mark of strength for her to take a stand against someone she cares so much about, slap him across his face (how she didn’t cut herself on Benedict Cumberbatch’s cheekbones, I’ll never know), and tell him she’s ashamed of his actions. WATCH: “The Reichenbach Fall” and “His Last Vow”

The second great, supporting female character we get from SHERLOCK is the infamous Mrs. Hudson. She’s older, has had some life experience, is a bit of a proper English lady (save for the drug running and stripping from her more youthful days). She acts as a Wendy to the Lost Boys of 221B Baker Street. Another “feminine” character, she’s protective, loving, optimistic, open to any lifestyle (her upstairs tenant Mrs. Turner has married ones, after all), and she encourages dysfunctional brothers Sherlock and Mycroft to connect as much as possible. While she may not be a gun-toting badass, she portrays a very real older woman that would serve as landlady to this quite ridiculous group of overgrown children. The ability to create a realistic and relatable woman is hard enough, but Moffat succeeds in doing so even through all his sexism. WATCH: “A Study in Pink,” “A Scandal in Belgravia,” and “The Empty Hearse” 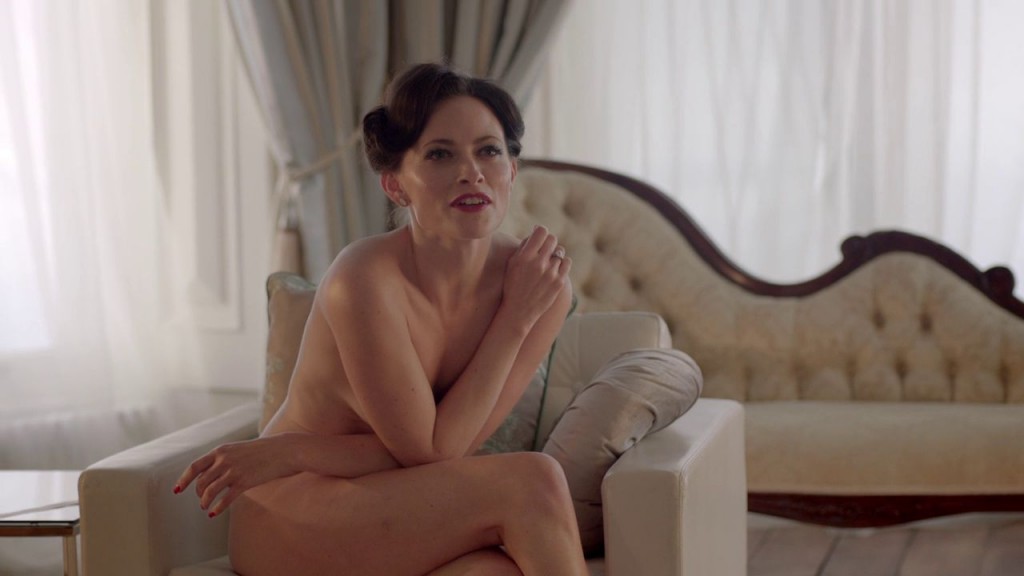 Ms. Irene Adler. The Femme Fatale to Sherlock’s PI. One of the biggest criticisms I’ve been privy to regarding the ever-elusive Ms. Adler is that she admits to John Watson that she’s gay, yet she’s believed to be in love with Sherlock Holmes, who is in fact, not a woman. I seem to be the only person who doesn’t have a problem with this. The term “gay” is, unfortunately, thrown around very loosely. Those who identify as bisexual (as well as pansexuals, queers, and every other category there is to describe someone’s sexuality) are most often referred to as “gay.” By Irene responding to John’s: “I’m not actually gay!” with a: “Well I am.” that doesn’t necessarily mean that she is strictly attracted to women. She was a dominatrix by trade, and made mention of quite a few of the men whom she had taken in for some kinky fun. Maybe Irene was merely making a point to shock John? Maybe she leans more towards women than men when it comes to romantic relationships. Either way, there is no reason for all the crazies out there to plot Moffat’s death by axe for making her a “bad” lesbian when he himself has said, “It’s love among the mad. He’s a psychopath, so is she.” WATCH: “A Scandal in Belgravia” 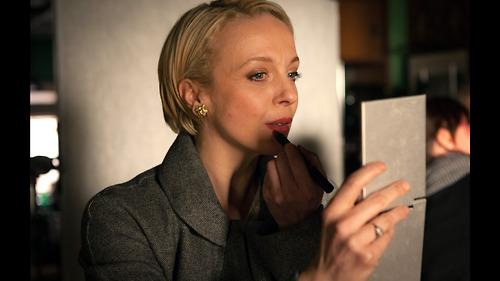 Lastly, we’ve got the killer for hire, trained assassin (my Spidey-Sense in tingling. Didn’t we just cover this one?) Mary Morstan. Anyone with half a brain can conclude from this psycho’s story that she is anything but weak. She’s prepared to kill Sherlock (probably not the best example) to protect John from finding out the truth about her past. She made a conscious decision to leave that life of murder and mayhem behind her because she fell in love with someone. That, to me, is not a sign of weakness but rather a sign of strength to abandon the only thing you’ve ever known in order to pursue something (or in this case someone) that may not work out after all is said and done. Mary Morstan was cunning and manipulative which maybe are not two of her finer traits but she was also brilliant and resourceful – all things she shared with River Song. WATCH:  SHERLOCK Series 3

The complex, powerful and witty women Moffat (and Gatiss!) created were not one-dimensional sticks in the mud, but rather an ode to all the different women we have in the world. Each one was unique and tenacious in her own right, and I cannot fathom all the hate for these characters, and for Moffat himself. His unfortunate and unabashed misogynist comments that are circulating the internet have seemingly tainted the wonderful women he’s created, giving those anger-challenged folks at home fuel for their witch hunt. While I disagree with Moffat’s public persona (after all, we know how this crap can get twisted), I cannot and will not condemn him for “weak” female characters.

**None of this is to say that he doesn’t employ – or even over-use – some cliché attributes in each woman, but I think more than that the entire issue of his “weak” female characters is really an issue of femininity-vs-masculinity, and that’s a whole different conversation in and of itself.